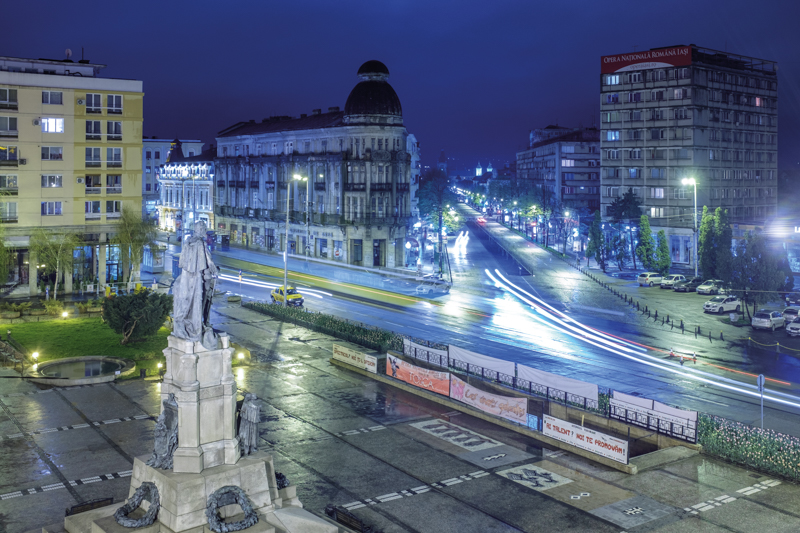 Iaşi is one of Romania's greatest, and most pleasant, surprises. Far from popular tourist destinations like Bucharest and the Carpathian mountains, the city is known to Romanians as the heart of their national culture and educational system, but it remains mostly unknown to foreign visitors. The fact that it is close to the border with Moldova, an even lesser known European country, does not help Iaşi's popularity.

Missing out on a visit to Iaşi, however, would be a mistake. It is a place that blends the past, the present and cultural traditions in a way that makes you feel are you at the ends of the earth as you know it, but without losing touch with what you think of as Western European civilisation. In Iaşi, you will find intense Eastern Orthodox mysticism, a fine classical culture, a hoard of Ceausescu-era Communist buildings, a number of local curiosities and tragedies, and a Starbucks.

Iaşi's origins date back to antiquity, but it rose to prominence around the 14th century, due to its position at a crossroads connecting Central, Northern and Eastern Europe with the Bosphorus. In the mid-16th century, Iaşi became the capital of the Principality of Moldavia, a statelet that in the mid-19th century united with the Principality of Wallachia and became modern Romania. These were hectic times. Wealth accumulated in Iaşi, boosting cultural and scientific development, and the city experienced events such as the opening of the first printing house (1643), the first university (1707), the first engineering school (1813), the first theatre (1840), and the first botanical garden (1856) in the region. Iaşi ceased to be the capital after the unification with Wallachia, in 1862, with the exception of a handful of years during the Great War when Bucharest was occupied by the Central Powers. Today Iaşi is the home of a lively student community and of a rich heritage. 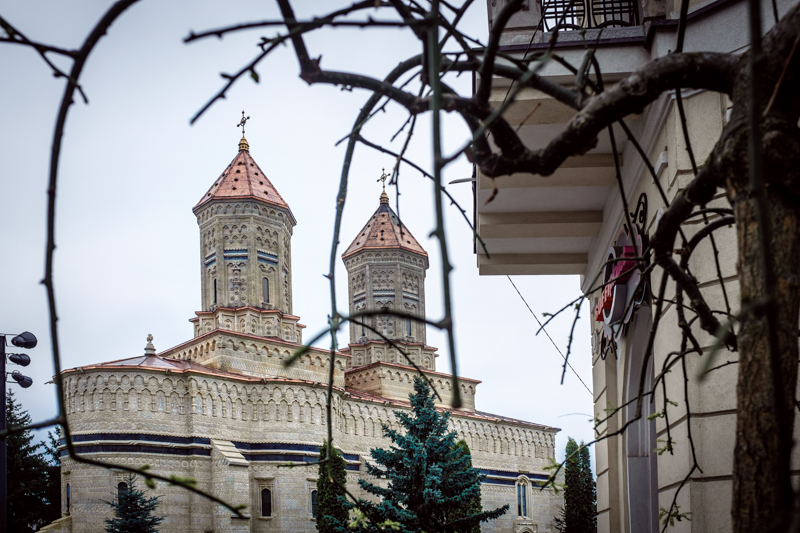 The church of the Trei Ierarhi, or Three Hierarchs, monastery was built in the 17th century and dedicated to three relatively obscure saints. With time, it became the burial place of seven royal figures. It is now in the centre of Iaşi and is of particular interest for tourists due to its elaborately carved façade

Iaşi's greatest site of interest belongs to its Eastern Orthodox soul: the complex featuring the 17th century Trei Ierarhi Church with its exquisitely carved façade and the 19th century Metropolitan Cathedral, the largest in Romania. The city is also the home of a number of old churches and monasteries, some of them with their own walled, fortress-like compounds. The fact that many of them, including the Metropolitan Cathedral, are actively functioning places of worship and are crammed with visitors during major holidays, strengthens the impression that you are in a vibrant, living community that has been going on with its life for centuries, and not in a museum.

Tradition shares Iaşi with classical and modern culture in the shape of the wonderful creations of 19th century architecture such as the Palace of Culture, which houses a number of museums, and the Roznovanu Palace, now home to the City Hall. There are also the dystopian Ceausescu-era apartment blocks, and other urban planning nightmares, and places like the underground Central Halls covered market, and newer developments that have brought mall culture to Iaşi.

This mishmash of cultures, influences and traditions is delightful to explore, as long as you remember to check in advance where the restaurants are, as many of them, for some reason, are difficult to spot while you are just walking around.

Like all grand and aged cities, Iaşi has its own tragedies. Formerly home to a prominent Jewish community that used to make up a third of its population, Iaşi saw one of the worst pogroms during the Second World War. In a week of violence in 1941, more than 13,000 men, women and children – a third of the Jewish community – were murdered. The enormity of this tragedy is only apparent on visiting the old Jewish cemetery, in an area surrounded by Communist-era apartment blocks. Row after row after row of tombstones of those who had the ironic luck to die peacefully before 1940 are a silent reminder of a lively community that is now no more. According to the 2002 census, only 0.13 percent of Iaşi's population are Jews. 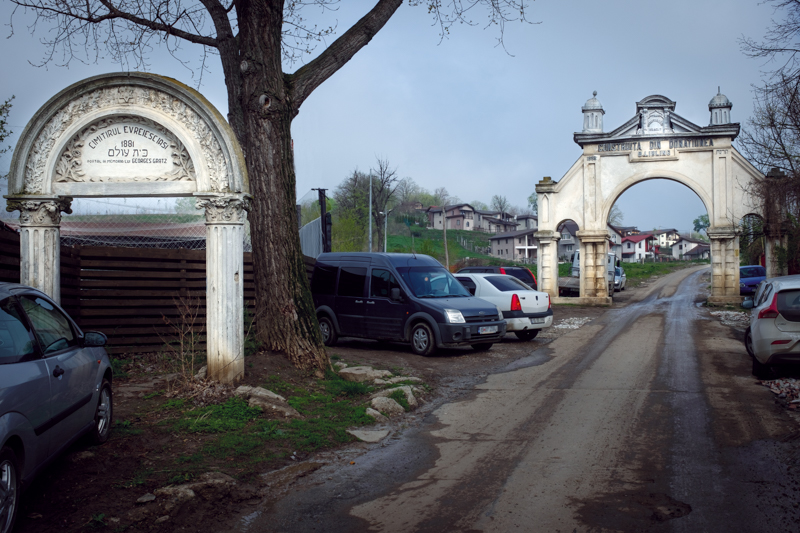 Monuments belonging to Iaşi's Jewish cemetery now rise among Communist-era prefabricated blocks. According to estimates, there are 80,000 graves in it. About 10,000 Iaşi Jews were killed by the Romanian police in 1941

Like its sister cities, too, Iaşi has its own curiosity, which touches on a lighter note. Few people are aware that the fine neoclassical Grand Hotel Traian in the centre of the city was built in 1882 by Gustave Eiffel. At this time the construction of his famous tower in Paris was still in the future. Today the hotel offers 4-star accommodation and, if you are not attracted by the idea of staying in the seat of the Romanian government during the Great War, and where Greta Garbo slept in 1934, then you may be swayed by the fact that the rates are pretty affordable. Just like the tickets to the Philharmonic Orchestra.

By the way, that concert was superb. 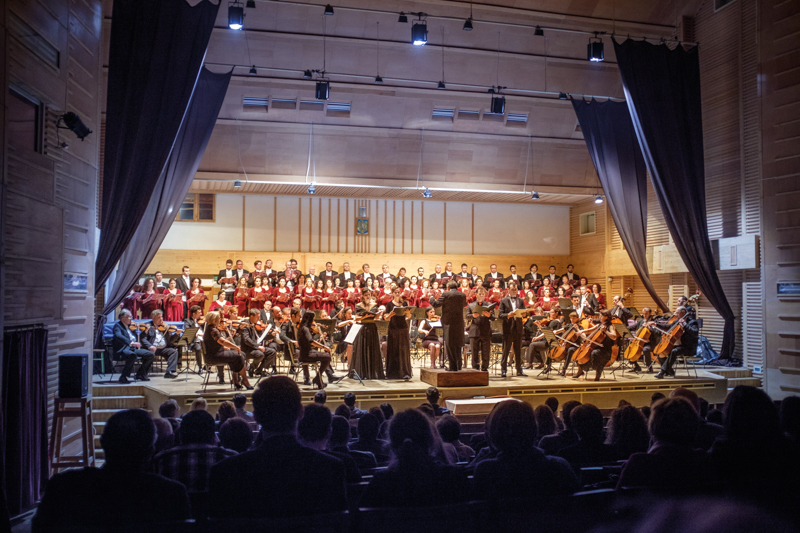 Superb and affordable: a classical concert in Iaşi is always a good way to spend the evening 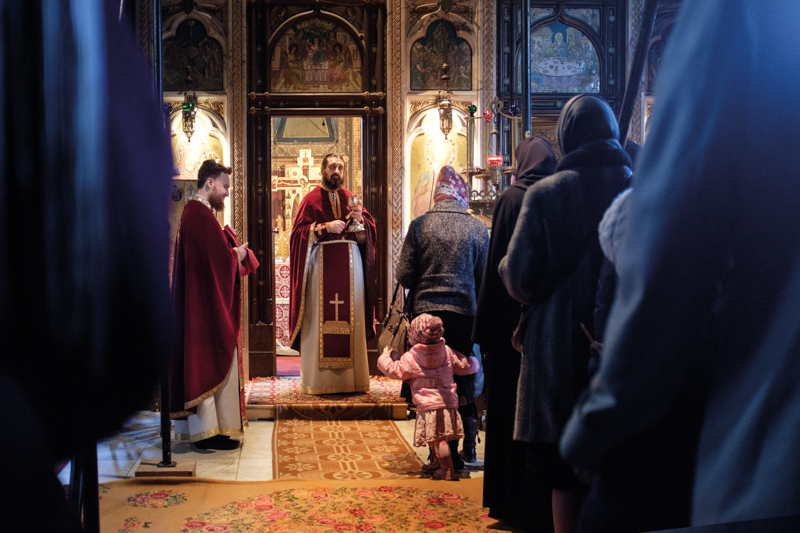 Mass at the Metropolitan Cathedral, the largest church in Romania. It was built in the 1880s in a style heavily influenced by Renaissance and Baroque, and houses the much revered relics of St Paraschiva, the patron saint of Moldavia 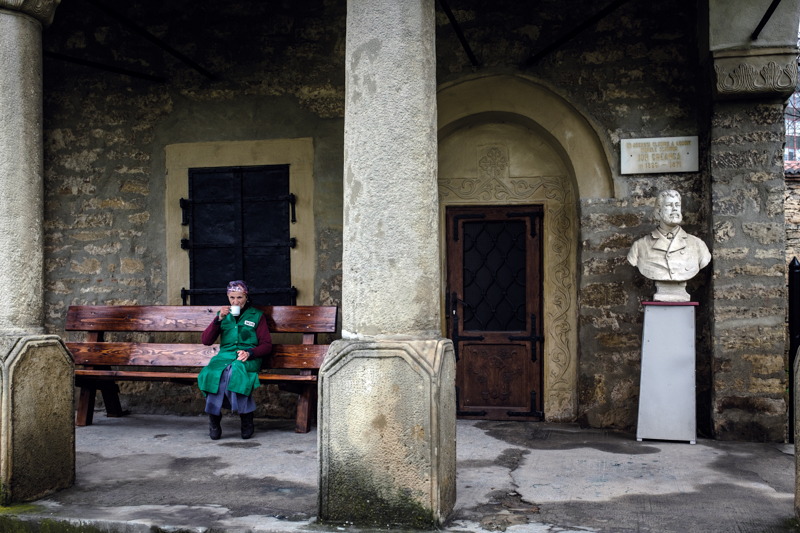 Above and bellow: Glimpses of Iaşi's everyday life. The city remains largely off the tourist map 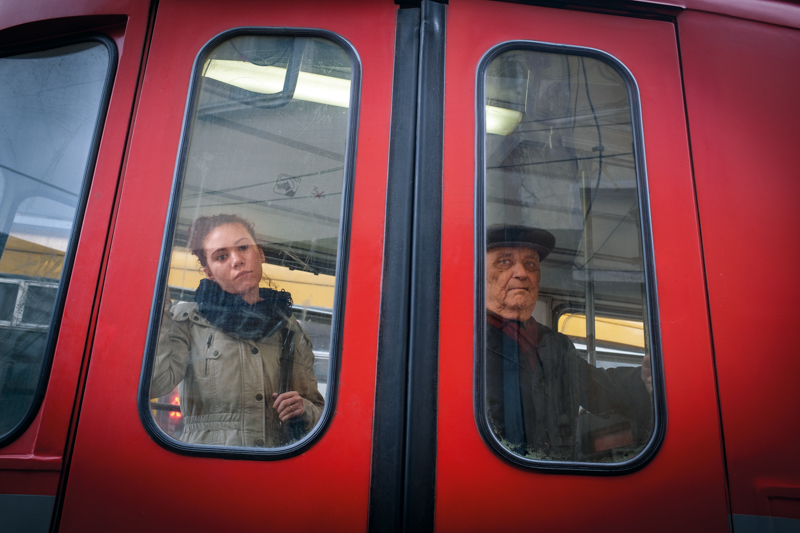 The Bridge Over The Prut 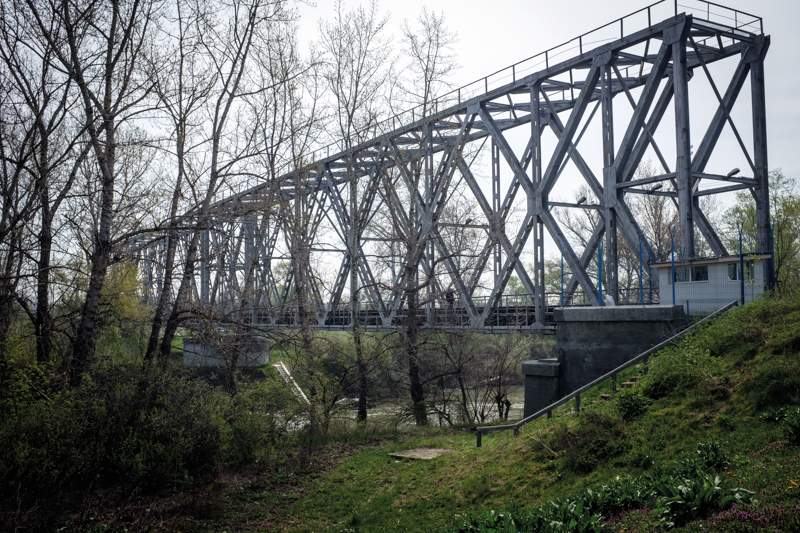 Gustave Eiffel's link with Iaşi is stronger than the building of a luxury hotel. In 1877, the Russian Emperor Alexander II commissioned the engineer to construct a steel bridge over the Prut river, which flows east of Iaşi. The task of this bridge was to facilitate the transport of Russian troops for the impending war with the Ottoman Empire. Yes, this is the same war that in 1878 restored Bulgaria's independence after 500 years of Ottoman domination.
The bridge is still operational, and now serves as a border crossing point with Moldova.