The Rhodope, some insist, are the mountains where Orpheus roamed, charming all things living and non-living with the magical music of his lyre. If that mythical hero were to reappear, he would surely play the bagpipes.

The traditional Rhodope folk music is slow, curvaceous and heavy, just like the slopes of the mountains where it is performed. Rhodope melodies have a special quality, the ability to create a sense of vastness and space, of eternity. In 1977, a Rhodope song, Izlel e Delyu Haydutin, or Brigand Delyu Is Out, performed by Valya Balkanska, was included in the Voyager Spacecraft Record.

A great part of the mesmerising effect of the Rhodope music comes from a single instrument, the kaba gayda, or low-voiced bagpipe. Unlike the ordinary high-voiced gayda popular elsewhere Bulgaria, the sound of the kaba gayda is low pitched. It is not so suited to mad horo dancing, but to the human voice. It blends perfectly in large ensembles, the most popular of which contain 100 kaba gayda players, although experienced musicians say that even beginners can play in such a group, as their mistakes are be covered up by the melody. Playing in a duo of kaba gayda, however, is only for masters. 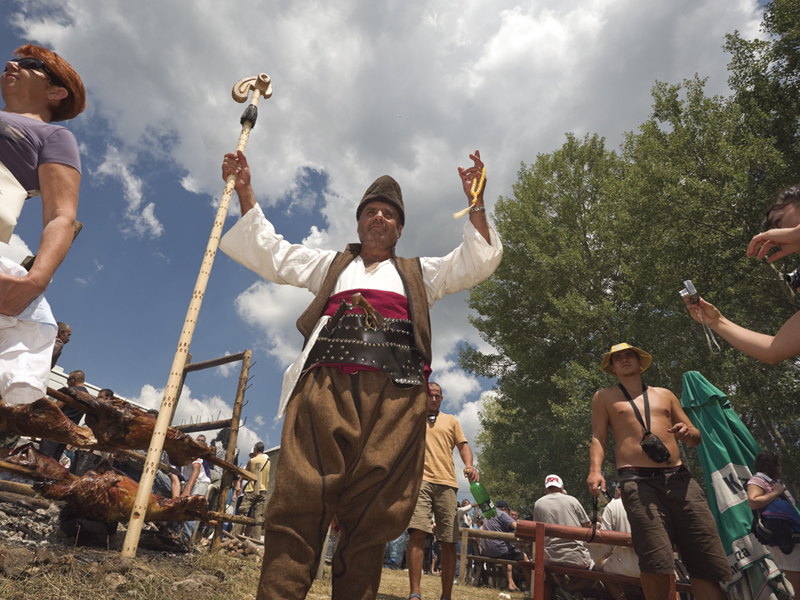 Today, kaba gayda music is everywhere – on TV, on YouTube, on web sites trying to sell you an unforgettable wedding. In 2012, it entered the Guinness World Records when 333 players participated into the largest mass bagpiping. A symbol of Bulgarian-ness, kaba gayda players are a regular presence at political rallies, most recently during the summer 2013 anti-government protests.

Kaba gayda sounds best in the Rhodope, and there is a particular place where you can experience it at its best – and its worst. This is during the annual kaba gayda competition in the village of Gela (put the stress on the second syllable), near Smolyan.

During the first weekend of August, kaba gayda players gather in the pristine meadows around the old chapel of St Elijah. They are of all ages and come from all over the Rhodope, Bulgaria and abroad – in 2012, a musician from Scotland took part. The kaba gayda, like every other gayda, was traditionally played only by men, but today there are many girls and women who have mastered it and come here to show their talent. 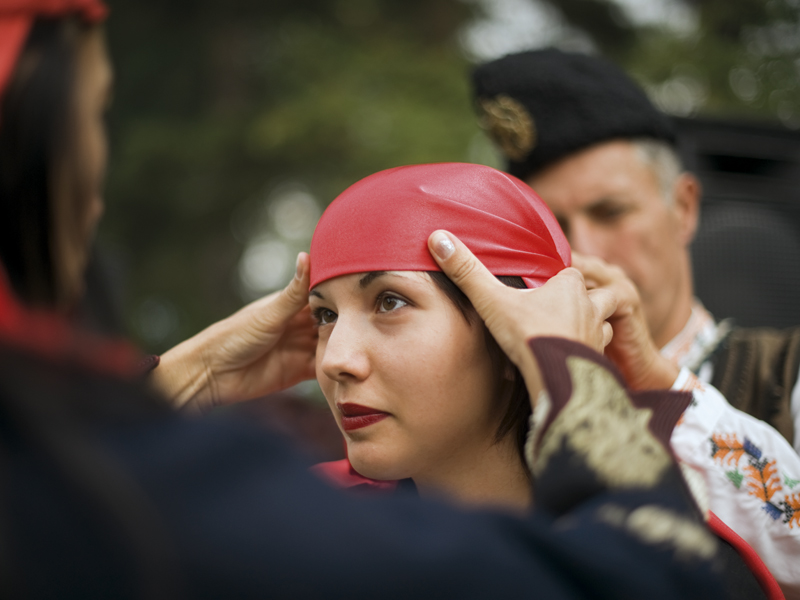 The competition takes place on the Saturday and ends with a concert, the Sunday is a time of unorganised fun and large family gatherings spreading out from Gela.

Both days of the festival are filled with the sounds of the kaba gayda. On stage a youngster struggles with the melody of Sos ma karash, maychinko, or Why Are You Scolding Me, Mum?. A master bagpipe-maker shows an interested customer the quality of his kaba gaydas. In a relatively quiet corner, two musicians are rehearsing their entry, Karat li te, Ruske, le?, or Are They Taking You Away, Oh, Ruske?.

The festival at Gela is not only for listening, though. It is for all the senses.

Competitors, craftsmen and enthusiastic visitors come clad in traditional Rhodope costumes. Women wear red-and-green-and-yellow aprons, their heads covered with the traditional red head-scarf. The men are the epitome of local masculinity, with their full-bottom breeches pulled in to their waists with beads-encrusted leather belts, into which bone-handled knives and vintage pistols are tucked. 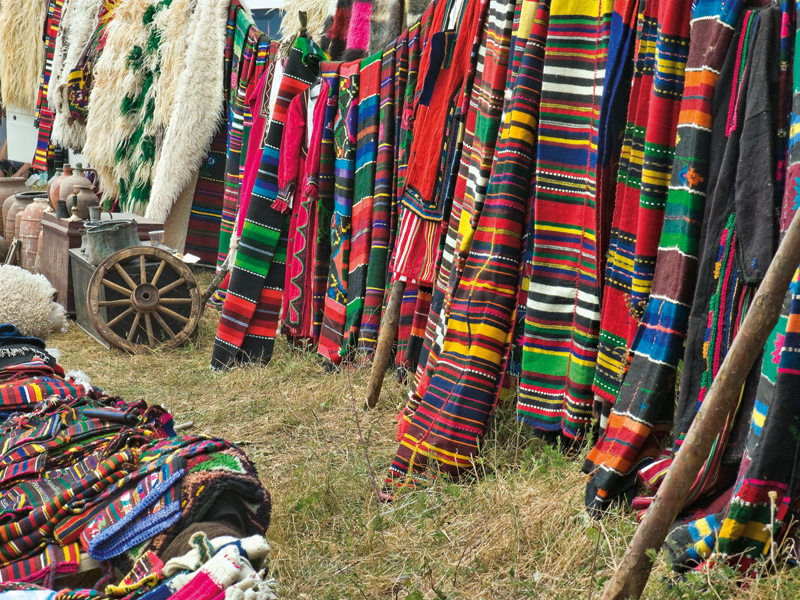 The clean mountain air is filled with the heavy aroma of spit-roasted lamb, associated in the Rhodope mindset with having a good time.

The gathering at Gela is also a time to trade. You can buy a genuine rug, a mini gayda for a souvenir or a scoop of old fashioned milk ice cream.

Thousands of people come to Gela and many chose to camp for the night. You need to arrive early to grab a good spot and if you prefer a hotel or guest house, book as early as possible. There are not much places to sleep in Gela itself, and driving on the winding Rhodope roads in the dark after some spit-roasted lamb and rakiya is not advisable.

The festival at Gela is a young event, but there is a reason why it is held in that particular village.

In the early 1950s, predominantly rural Bulgaria rapidly industrialised. Folk music was industrialised, too, as the original was seen as "unsophisticated" for the modern ear. Professional choirs and ensembles were created and classically educated composers refashioned old melodies and dances to make them more appealing, with varying success. The result was the highly-stylised music and dances performed by groups like the Filip Kutev Ensemble and Le Mystère des Voix Bulgare. Near Gela, in the village of Shiroka Laka, a school of folk music and dance was established. It continues to function, although some of its graduates later switch to more profitable chalga. 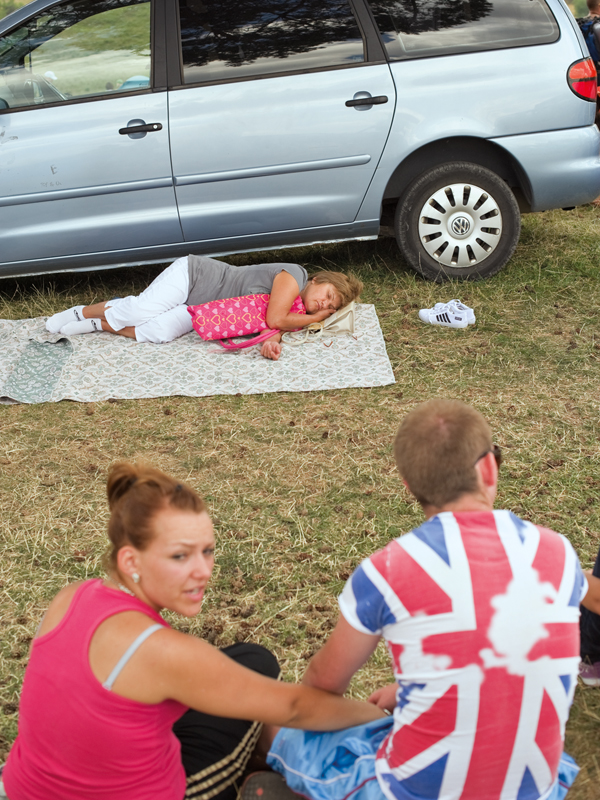 In many villages, however, traditional musicians without any formal training remained. They still performed the authentic tunes, which they taught to a next generation. In some places, amateur folk groups appeared. Some of them tried to imitate the professionals, others stuck to the traditional.

Gela developed one of the finest amateur folk groups, established in 1953 and still active.

In 2004, the Gela musicians made the headlines. The group was invited to perform at the international folk music festival in Llangollen, Wales. At that time, Bulgarians needed visas to travel to the UK and, for some reason, the British Embassy refused to issue them to the Gela musicians.

Gela struck back. When a group of British tourists approached the village, Mayor Kalinka Draganova would not let them in, citing a certain Biblical principle. Soon afterwards, the Gela musicians got their visas and went to Llangollen. They returned with a hoard of prizes, including second place for ensemble performance.

Interestingly, Gela claims to be the birthplace of Orpheus. 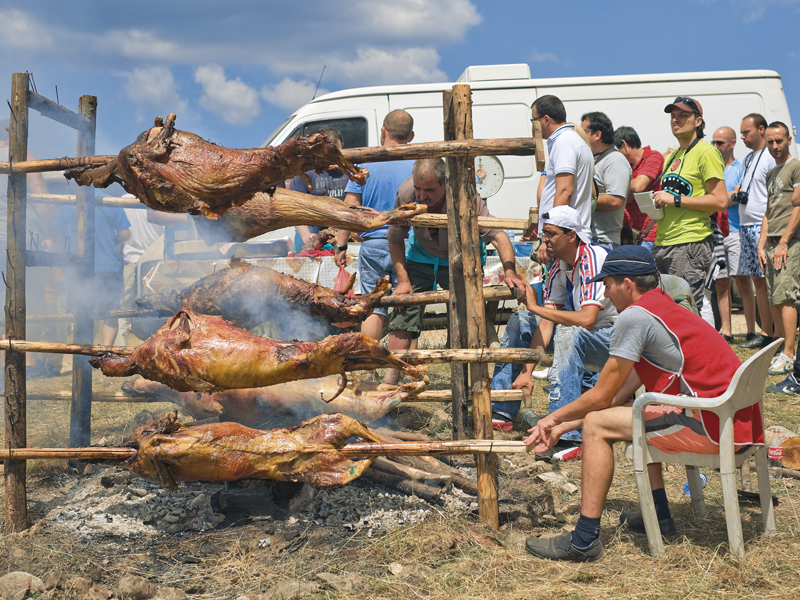 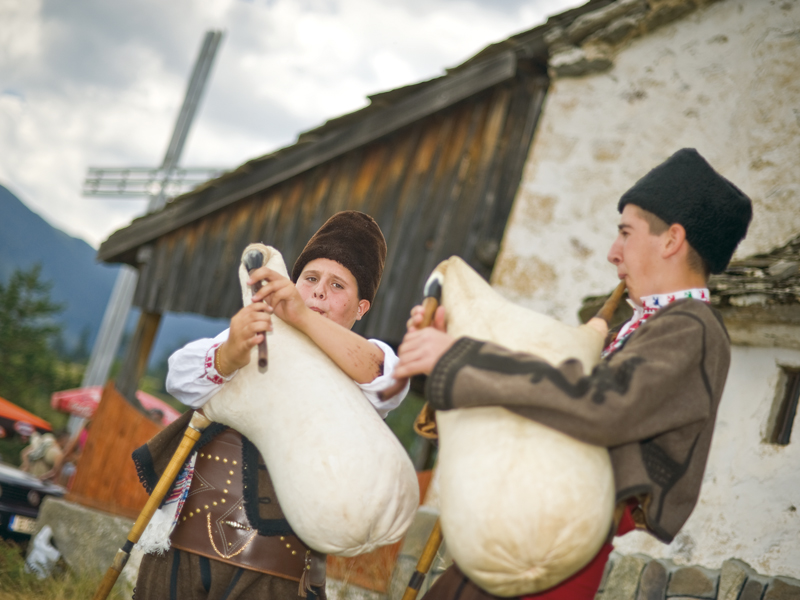 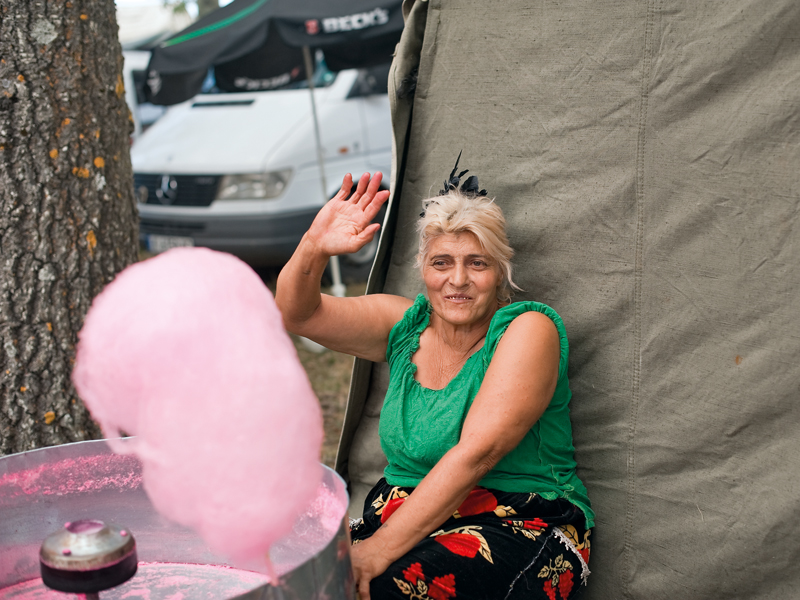