A TALE OF SEVEN CASTLES

From the Pied Piper to Ceausescu, the Saxons of Transylvania have linked East and West for 800 years 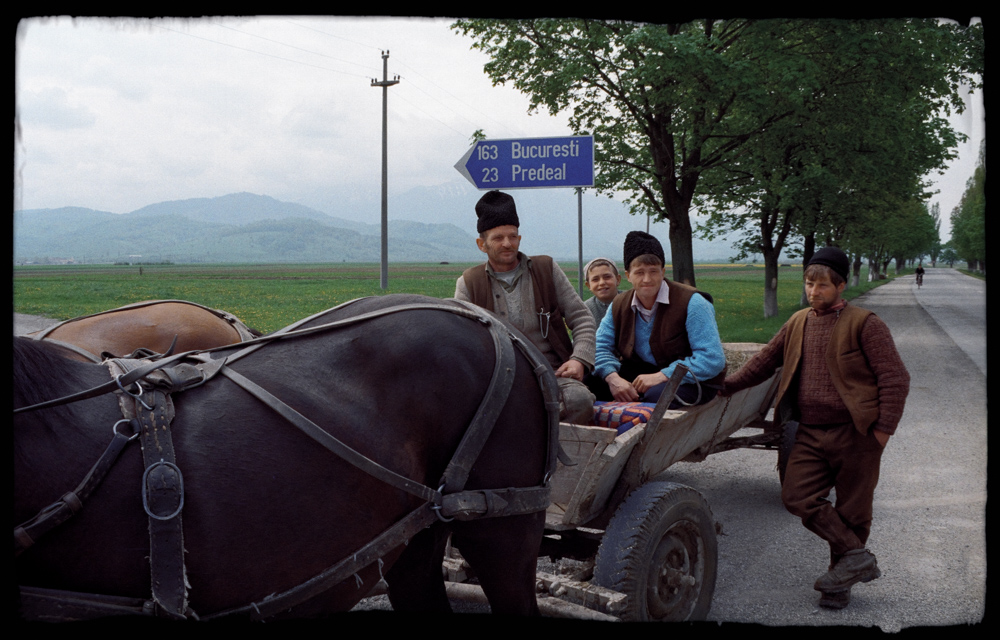 When Jonathan Harker entered the forests of Transylvania, where the castle of Count Dracula stands, he noticed that the people there spoke German. "I found my smattering of German very useful here. Indeed, I couldn't have got on without it." At the end of the 19th Century, when Irishman Bram Stoker wrote his famous novel, this would have been no surprise. This mountainous area, which had attracted the attention of the Great Powers and the Balkan countries because of its salt, silver, gold and lead deposits, as well as later finds of lignite and gas, was part of the Austro-Hungarian Empire.

However, for the modern tourists who go to Transylvania in search of Dracula, finding German spoken alongside Romanian and Hungarian is surprising. They are even more astonished by the houses, fortresses and churches, protected by strong walls, in the local villages and towns.

Built in the best traditions of the Gothic and Baroque styles, they typify the architecture of Central Europe.

There are a number of cities in Southeastern Europe that resemble those of Western Europe. The exquisite houses and well-planned streets of Bucharest, Belgrade, Athens, Ruse and the Beyoğlu district in Istanbul were built after the mid-19th Century to prove to the West that the young Balkan nations could reproduce modern European culture. 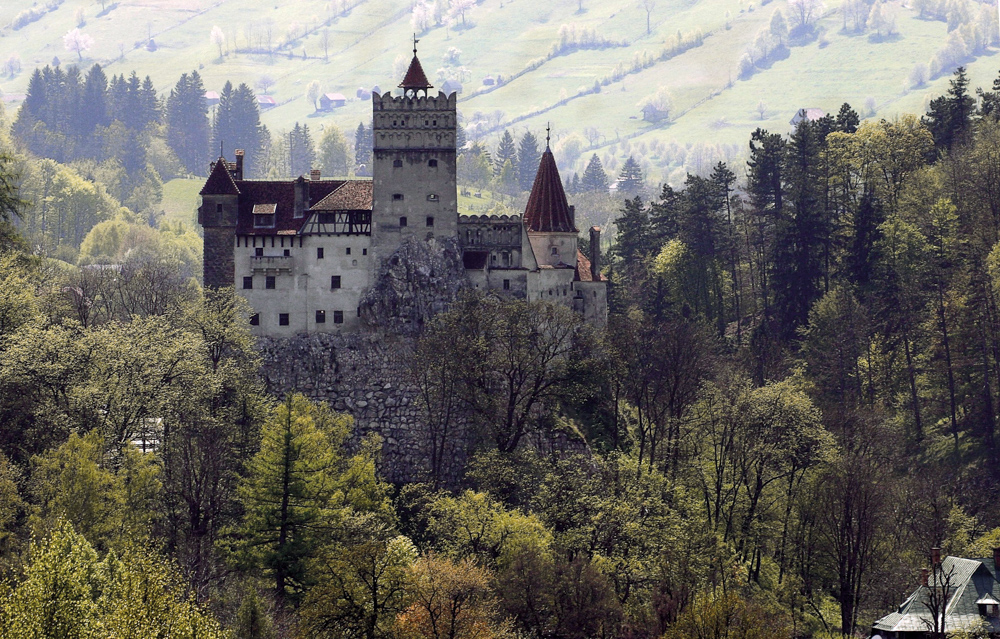 Transylvania is a different case. It is the only place in the Balkans where West European communities and West European culture and architecture have existed for 800 years. The Gothic and Baroque buildings there are not the product of some ambitious Balkan ruler. They are part of the lives of the Transylvanian Saxons.

In fact, the ancestors of these Germans, who arrived in this area in three large waves, were not only Saxons. They also came from the Rhineland, the Southern Low Countries, Thuringia, Bavaria and France. The first group arrived in the 12th Century, attracted by offers from King Géza II of Hungary (1141-1162). He granted them access to the rich Transylvanian mines and certain other privileges in return for one obligation. They had to defend the eastern borders of his country against invaders.

The Saxons put down roots in the area, which they called Siebenbürgen, or the Seven Castles, after the fortified cities they built. They are still the wealthiest, most beautiful and most attractive tourist cities in the region, though their names are now Romanian. 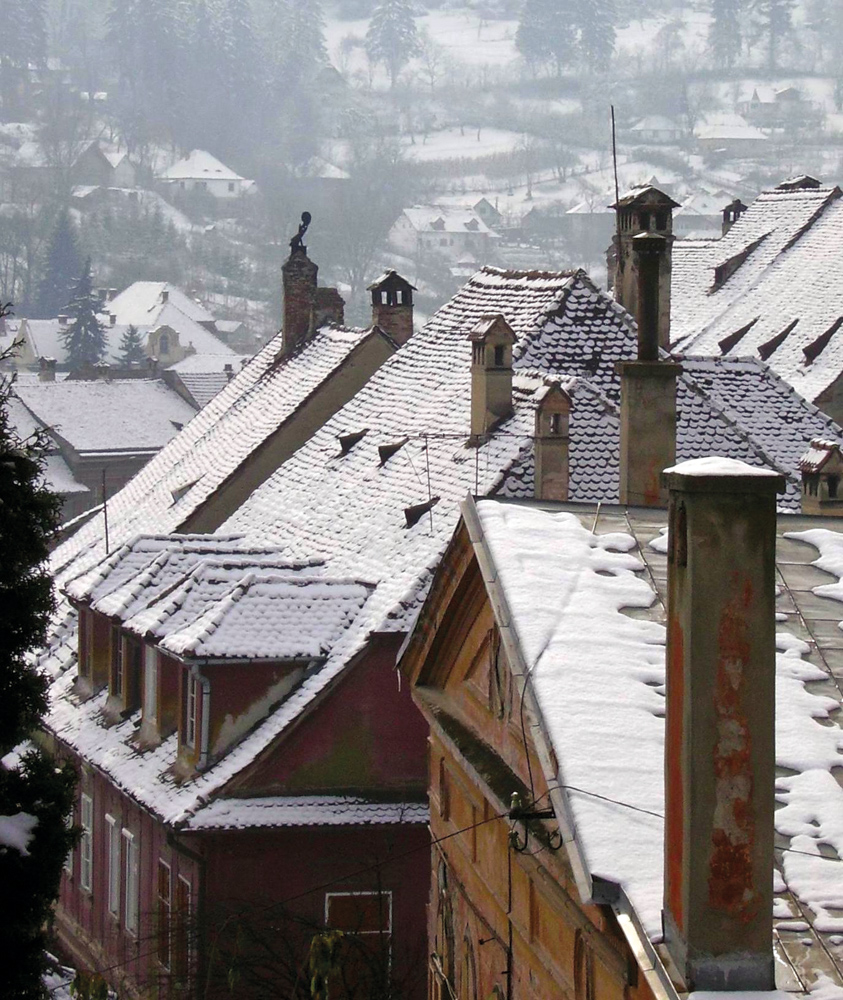 Cluj-Napoca was once Klausenburg. Sibiu was originally Hermannstadt and Braşov, Kronstadt. Sebeş was Mühlbach and Sighişoara, before it appeared on maps, was known as Schäßburg.

A century after making their agreement with King Geza, the Saxons were called on to fulfil their obligation. They bore the brunt of the Mongolian invasion, which devastated their young towns. But this ordeal did not curb their enthusiasm; on the contrary, it strengthened it.

The Saxons built new, stronger castles, surrounded their churches with sturdy walls and continued to focus on what they had come to Transylvania for – the development of mining, trade and large-scale farming.

Over the next few centuries, being a Saxon in Transylvania could be a lonely existence. Surrounded by Roman Catholic Hungarians and Eastern Orthodox Romanian peasants, who neither could nor wanted to understand them, the Germans lived in self-imposed isolation. 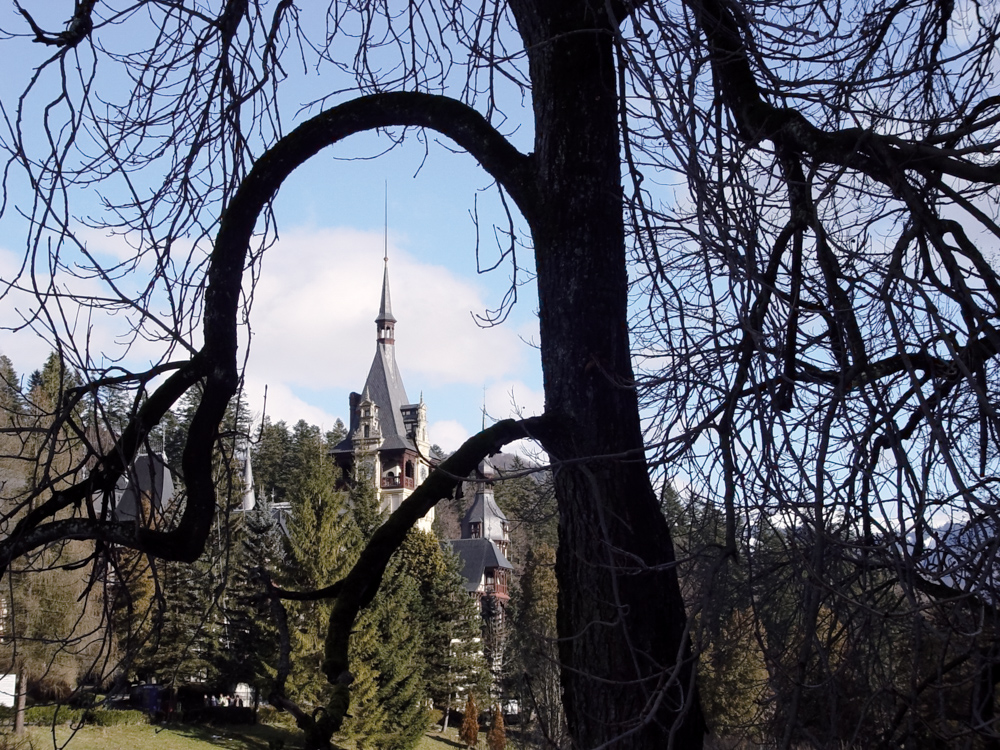 They were only interested in what was happening in their motherland, which explains the enthusiasm with which they embraced the Reformation and adopted Lutheranism. They never lost touch with Germany. When the economic crisis hit the Weimar Republic in the 1920s, the Transylvanian Saxons invited German children to summer camps in their lands, where food was plentiful.

Of course, the castles and fortified churches and villages of the Transylvanian Saxons were not ivory towers, entirely isolated from what was happening around them. The Ottoman invasion at the beginning of the 15th Century had forced them to join forces with the Hungarian nobility and the free Székely population, culminating in the Union of the Three Nations in 1483.

For the next few centuries, Transylvania was successively ruled by the Ottoman and Habsburg Empires and had the status of an autonomous principality. The Saxons played a role in its government, but this gradually diminished in the face of the conflict between two young nations: Hungary and Romania.

In 1867 Transylvania lost its autonomy and was subsumed into the Hungarian half of the Austro-Hungarian Empire. The new rulers tried to impose their language and culture on their new subjects and this seriously affected the Romanians and the Saxons. 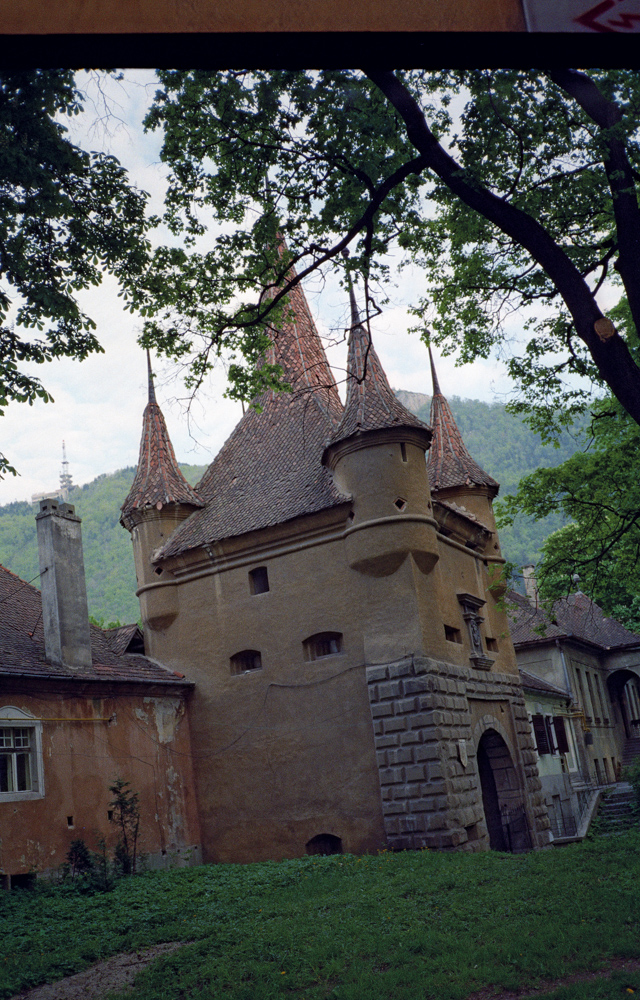 However, the Paris peace agreements in 1919 reversed this situation and gave Transylvania to Romania. Most Saxons supported this change and were initially promised full minority rights by the new rulers. Later, though, it became evident that these rulers were not particularly keen on keeping their word.

The Second World War brought to a head the tension building up among the Saxons. Many of them sided with the Third Reich and even joined the SS, because both Romania and Hungary, which annexed the region in 1940, had pro-Fascist governments.

Today, there are even fewer. After the democratic changes of 1989 most availed of their right to German citizenship and returned to their land of origin after 800 years in Transylvania. There were about 60,000 Saxons in the region in 1992. 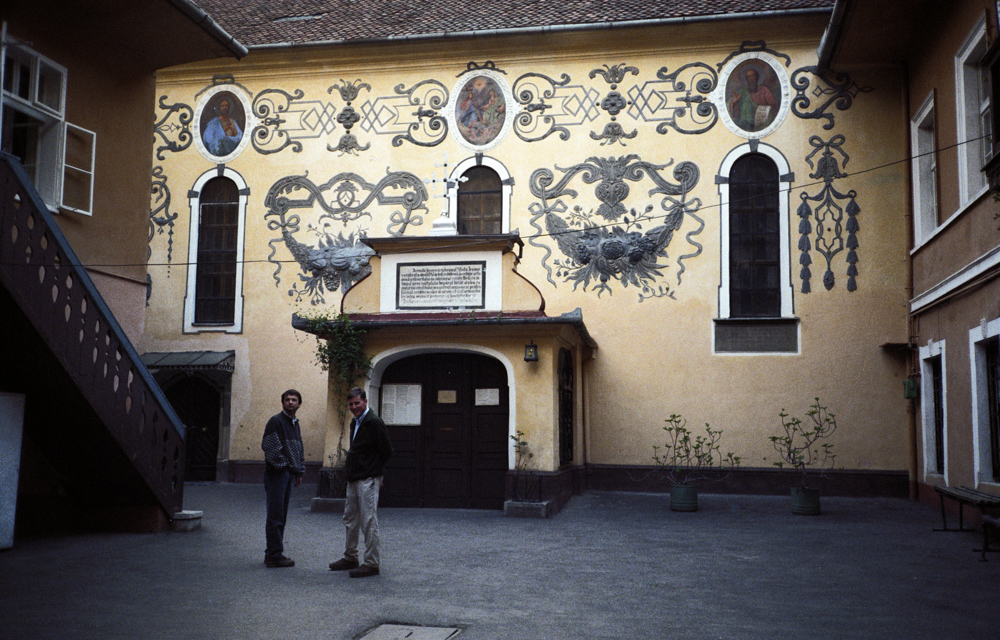 Saxon emigration existed in Ceauşescu's time too. The dictator, who introduced an austerity programme to pay off Romania's foreign debt, discovered that the Germans in Transylvania were an excellent source of hard currency.

Those who wanted to leave for Germany had to pay several thousand US dollars for an international passport.

This unscrupulous trade in people was a sad ending to the tale that, according to the Grimm's fairy tale and Goethe's and Robert Browning's poems, brought the Saxons to Transylvania. The legend goes that in 1284 the town of Hamelin in Lower Saxony suffered an infestation of rats.

The vermin were so numerous that the authorities could not deal with them. Then a man, the Pied Piper, appeared from nowhere. He promised to save the townsfolk from the rats for a hefty fee. They agreed. The Piper played an enchanted melody and lured the rats into the Weser River, where they all drowned. But the town authorities did not pay him as they had promised and so the Pied Piper took up his pipe again and this time enchanted the 130 children of Hamelin, who followed him and disappeared without trace.

According to the most popular version of this tale, the children settled in Transylvania. 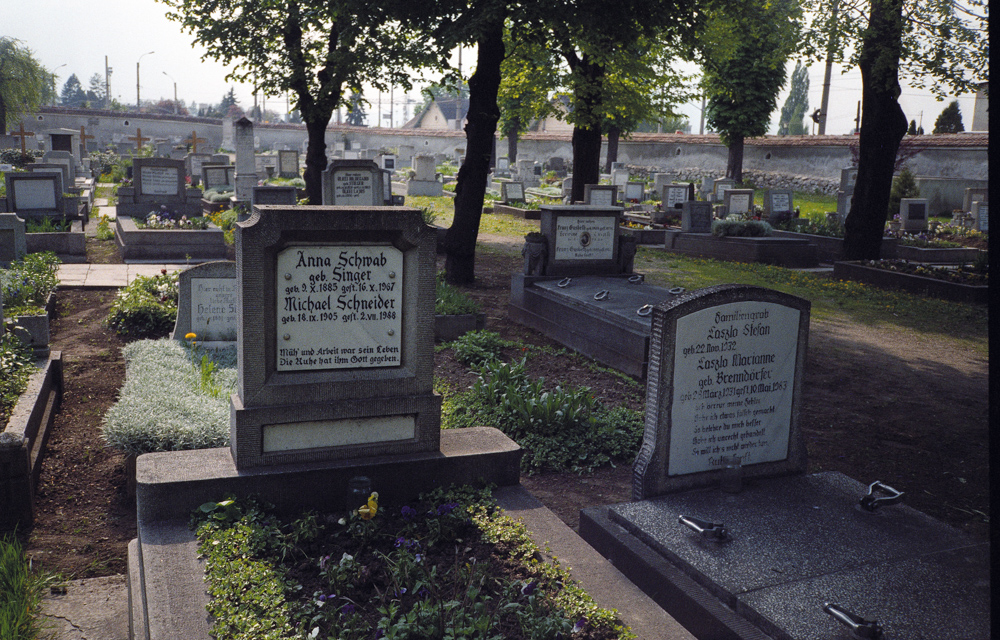 Of course, there will always be Transylvanian Saxons for whom the thick forests of the region and the castles and churches of their ancestors are their true homeland. These stubborn offshoots are rooted in Siebenbürgen soil and keep alive the culture and the memories of those who left Western Europe 800 years before to find a better life where the East meets the West. 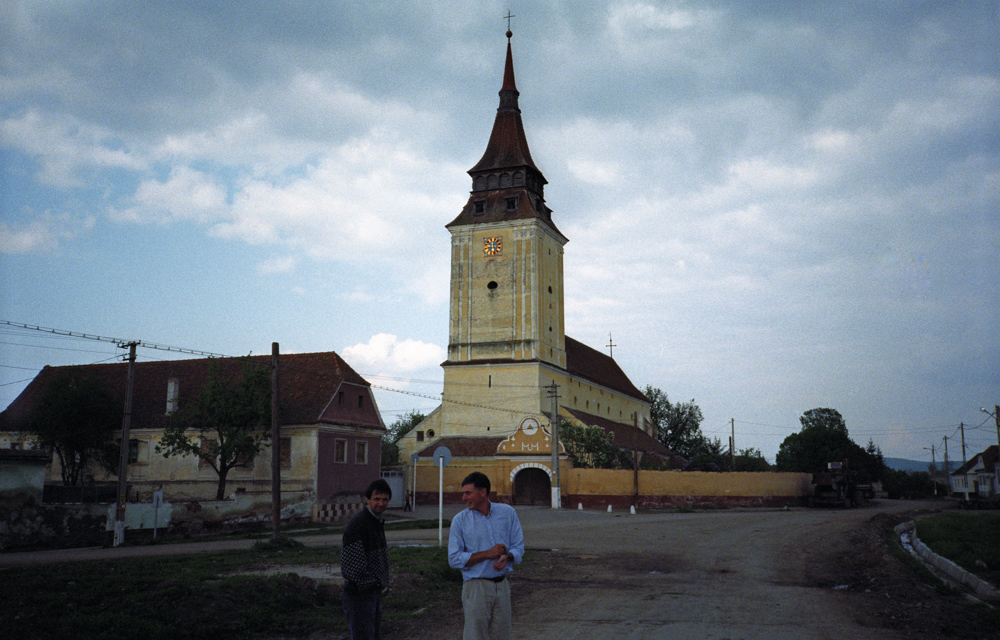