The Bulgarian Black Sea town is, all unaware, home to a monument that Poles, Lithuanians, Belorussians and Russians regard as a curiosity

What's in a word? A poet, especially a grand 19th Century man of letters, should know best; but he would be turning in his grave if he knew he had been hailed as a political activist for what, during his whole life, he considered his arch-enemy.

The figure of Adam Mickiewicz looms large on the horizon of Romantic literature. No Pole, Lithuanian or Belorussian would fail to recognise him instantly ‒ and claim him as their own. Considered a national poet in these three countries, the name of Mickiewicz (or Mickevičius, or Мiцкевiч) has been bestowed on anything from universities in Poland and a museum in Paris to a house in Istanbul and military units in Italy and Spain.

But what was Adam Mickiewicz doing in Burgas, now Bulgaria's second Black Sea coast town, at a time when it barely existed except as a small, disease-ridden village, and Bulgaria was a territory of "European Turkey"?

According to the plaque beneath Adam Mickiewicz's bas relief in the central valley of the Burgas Maritime Garden, the man was a "great Polish poet and revolutionary, a fighter for freedom and pan-Slavic unity."

The monument was erected in 1949, when Bulgaria was already a pro-Soviet Stalinist country. It was designed by stone mason Georgi Kiselinchev, a major figure in early 20th Century Bulgarian art and architecture, to whose credit are some landmark buildings including parts of Aleksandr Nevskiy Cathedral, Halite and the Central Bath House in Sofia.

It is unclear who commissioned the Mickiewicz monument and why, but its caption is so wrong that it has misled generations of Burgas residents into thinking that the great Pole/Lithuanian/Belorussian really had something to do with "pan-Slavic unity."

To this day Bulgarians would associate this with pitching Russia against Turkey and Britain, and the other "Great Powers" (and the Bulgarians, for their own reasons, would always prefer Russia).

But as quite often happens in Bulgarian history, nothing could be further from the truth. Adam Mickiewicz was born into a noble family in what is now Belarus. He went to the University of Vilnius, Lithuania, when that country was already occupied by Russia and the Polish-Lithuanian Commonwealth had ceased to exist. Although most of his major works were written in Polish, Mickiewicz would often identify Lithuania as his fatherland: "Oh, Lithuania, my country, thou art like good health..." starts Pan Tadeusz, his masterpiece.

Because of his free thinking and independent inclination, Mickiewicz would soon come to view Russia and the Russians as his archenemy. Political repercussions quickly ensued and imperial Moscow sent Mickiewicz into exile in the hinterland.

Fighting against Russia would become Mickiewicz's raison d'être for the rest of his life.

In 1829 he obtained permission to leave and vowed that he would never return as long as his homeland continued to be occupied by Russia.

After a life of alternating fame and poverty in several European capitals and friendships with people like Goethe, Chopin and Alexander Herzen, Mickiewicz went to Stamboul, the capital of the Ottoman Empire, at the outbreak of the Crimean War in 1855. He tried to put together a Polish legion to fight against the Russians. He was not very successful with the Poles, but had no trouble collecting a few hundred Jews, the "Hussars of Israel," who were prepared to go to battle against the Russians.

The expedition never materialised, however. Mickiewicz travelled on to what was then Burgas, where he spent just 10 days (8-18 October 1855) in a military tent, probably stricken with malaria. He then returned to Stamboul where he died on 26 November in a house in the region of Nevşehir.

He was buried in the cellar of that house, but in 1900 his remains were disinterred and are now in Krakow's Wawel Cathedral, the burial site of Polish kings. The house in Istanbul's Nevşehir is an Adam Mickiewicz museum.

The inscription on the beautiful Mickiewicz monument in Bulgaria, an overwhelmingly pro-Russian nation, is testament to how the 20th Century twisted 19th Century history in some bizarre ways to suit current political sentiments. To modern Poles, Lithuanians, Belorussians, Russians ‒ and indeed to anyone with an interest in 19th Century history, the Burgas monument to Adam Mickiewicz will, in all its serenity, continue to be a historical curiosity.

TO CHICAGO AND BACK
One of Bulgaria's greatest writers, Aleko Konstantinov, went to the World's Columbian Exhibition in 1893 and ret

TO HAVE AND HAVE NOT
You may think that Bulgarians are non-violent, peace-loving people who hate sending troops 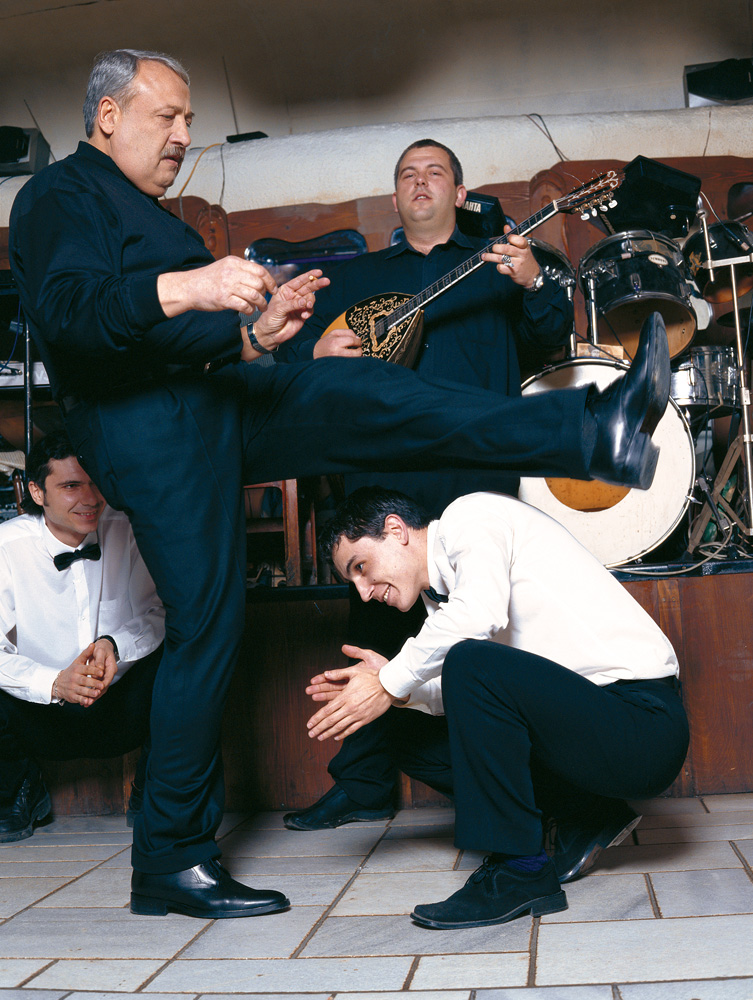