BRINGING ANTIQUITY BACK TO LIFE

In October 2016, a thick layer of soil and debris covering an ancient mosaic for centuries was removed to reveal a stunning mosaic of a peacock with a tail fanned to show all of its majestic colours. But the marvellous bird is only a speck of the archaeology, history and art treasures of the Bishop's Basilica in Plovdiv. For a second year now, they are being surveyed by archaeologists from Plovdiv Archaeological Museum led by Zheni Tankova, with funding by the America for Bulgaria Foundation.

When the survey is over, the basilica and its mosaics will become a museum surpassing the foundation's other star project in Plovdiv, the restoration and conservation of the mosaics of the nearby Small Basilica.

The Bishop's Basilica was an important project in 5th century Philippopolis. The number of Christians was on the rise, there was a lack of proper prayer places and the local bishops were amassing political and government power. The community needed a building to provide enough space for the worshipers, to promote the new religion's dominance over public and private life, and to serve as the seat of the bishop. The result was astonishing: a building 86m long and 38m wide, with colonnades and marble decorations, and an elaborate mosaic floor of geometrical ornaments, early-Christian symbols and an array of birds of many flocks and feathers. The space was so expansive that two teams of master builders and decorators worked simultaneously at the site.

Philippopolis's Bishop's Basilica did not last for long. In the 6th century the invasions of the so-called Barbarians forced the locals to abandon it. Centuries went by. In the Middle Ages the site became a graveyard, and in the 19th century the St Ludwig Roman Catholic Cathedral was constructed over the north section of the ancient church. But oblivion prevailed, and no one was aware of the basilica's existence before the early 1980s.

Back then the basilica was only partially surveyed. Some of its mosaics were taken out and brought to the Archaeology Museum, and the site itself was almost completely forgotten. Only in June 2015 excavations started anew, with the help of the America for Bulgaria Foundation.

While professional archaeologists undertake the renewed survey of the Bishop's Basilica, volunteers organised by the foundation also help in the excavations. More than 250 volunteers have participated in the works. These include highschool students and lawyers, journalists and engineers, architects and builders, tour guides and NGO staff, prosecutors and judges, classical musicians. Being an archaeology volunteer is fun, a combination of bringing out your inner Indiana Jones, physical activity and the chance to be a part of something that will leave a lasting mark on the understanding on Bulgaria's antiquity and the heritage map of Plovdiv. 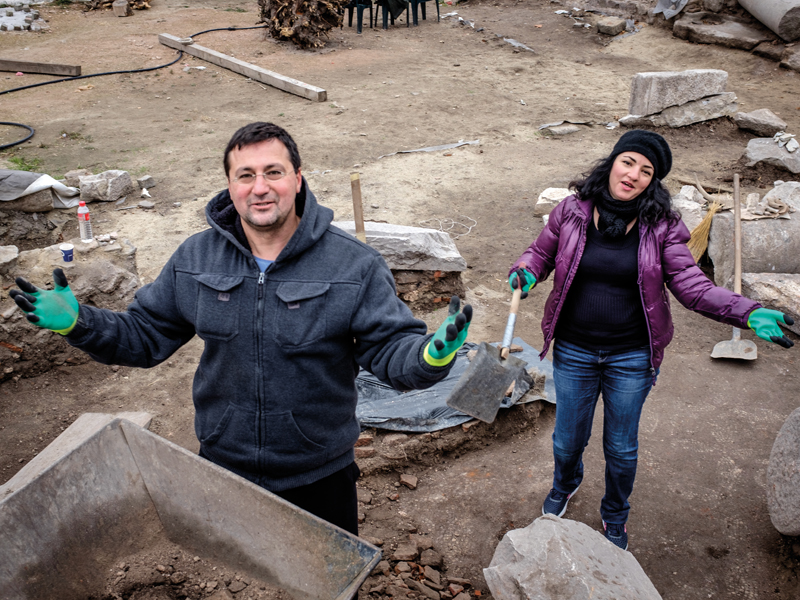 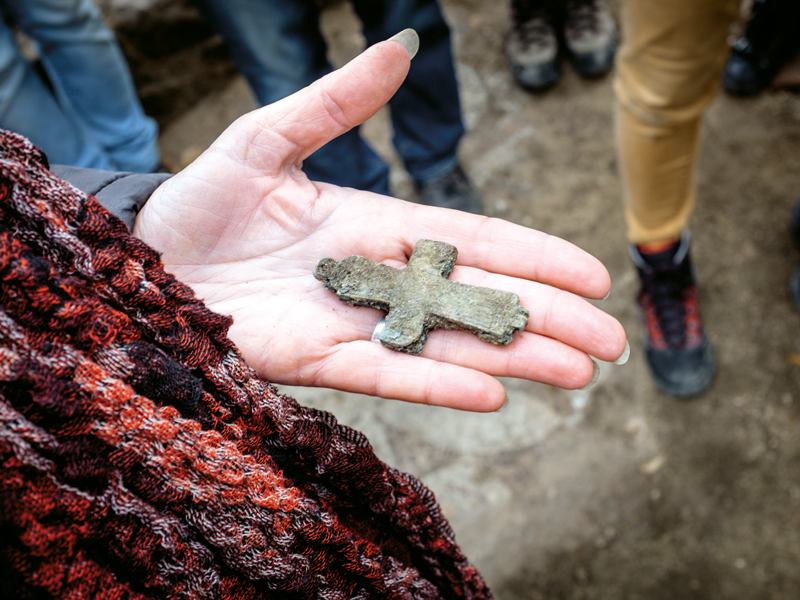 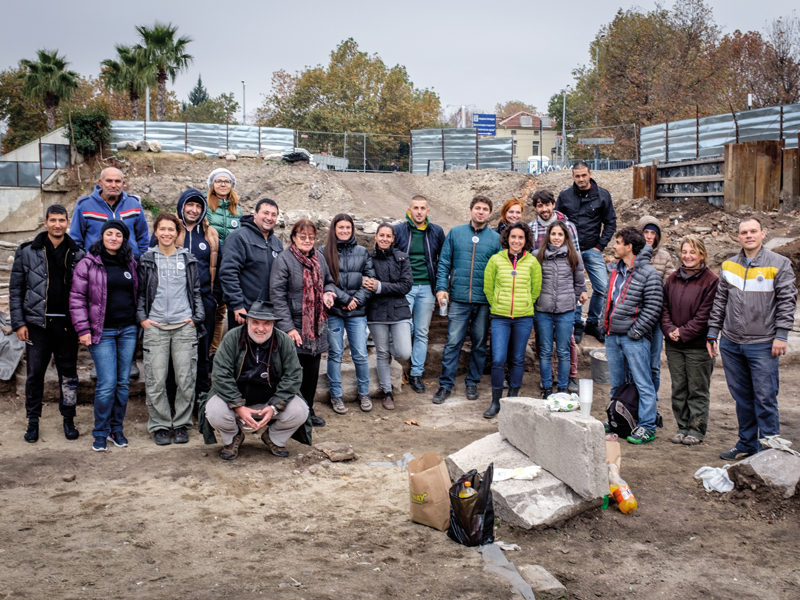 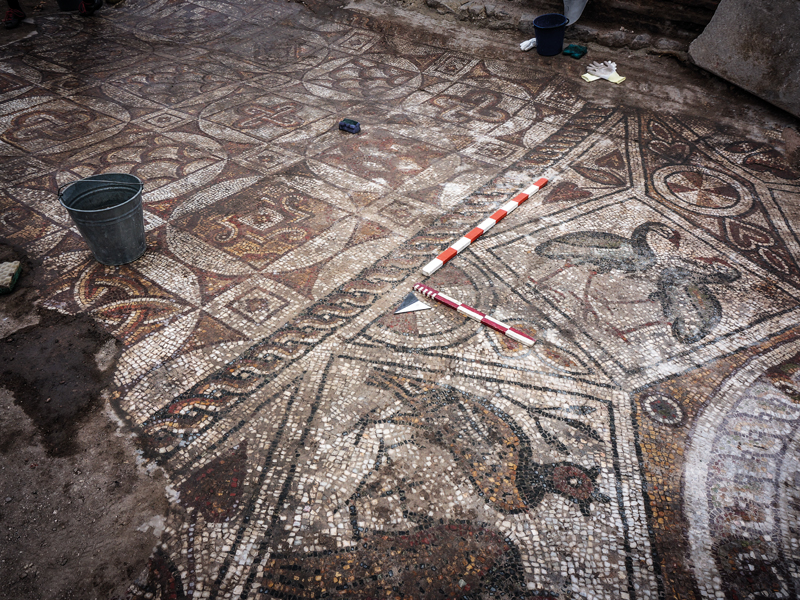 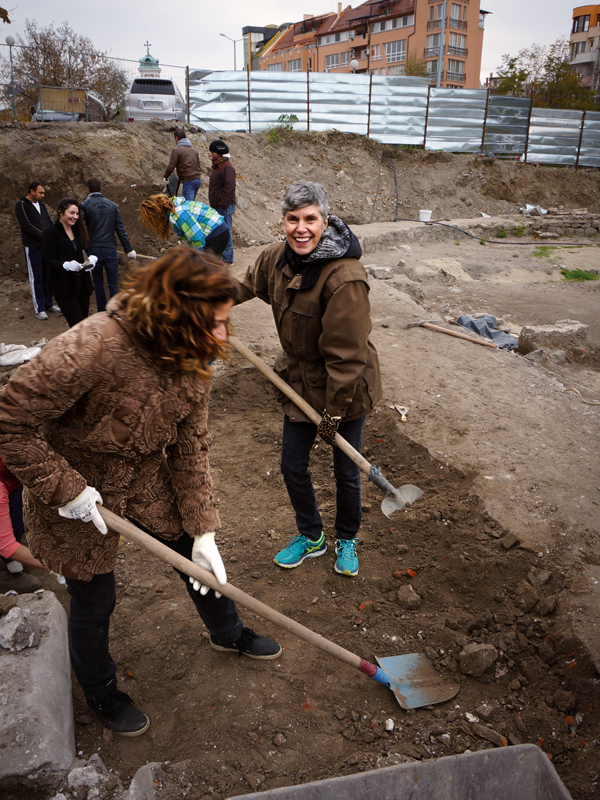 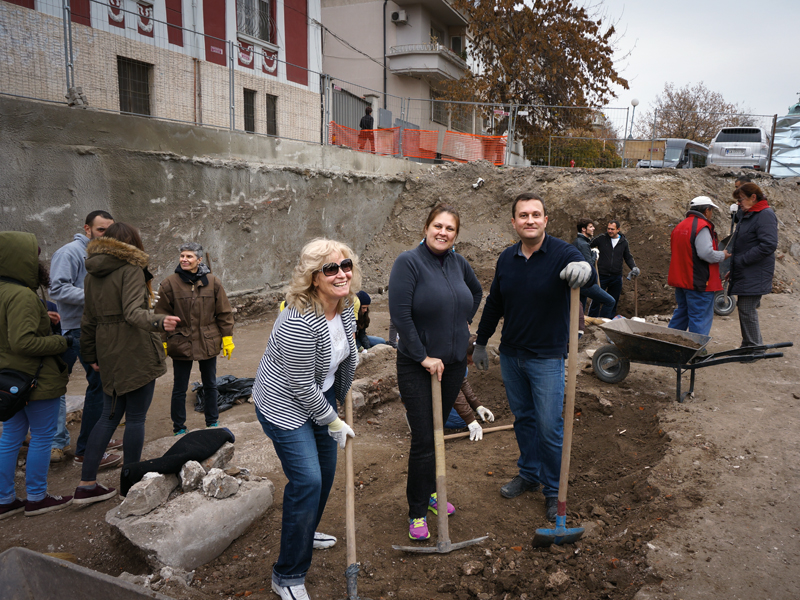 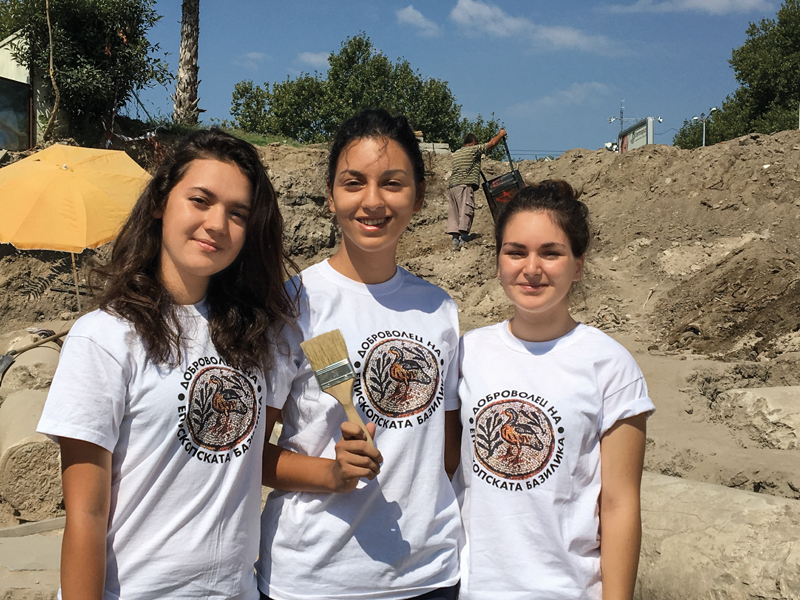 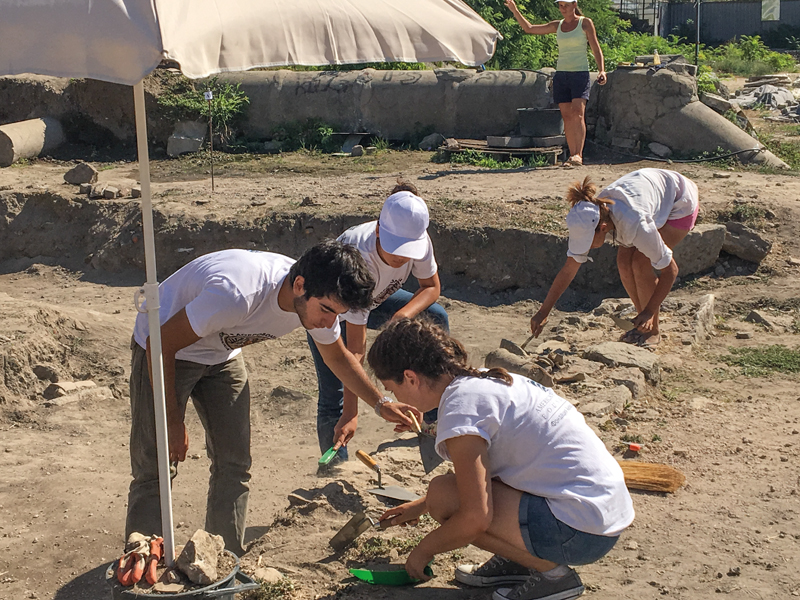 OF DEVILS AND DEMONS
At midnight, there was a knock at the door.
BULGARIAN-STYLE INTERNET
The global information network covers the whole world and is theoretically blind to national borders.
SEUTHOPOLIS
A light breeze ruffles the surface of Koprinka Dam, creating a ripple of tiny waves in its wake.
MY OWN CHOICE: OFF OFF OFF THE BEATEN TRACK
The first time I came to Bulgaria, I entered via the dusty no-man's land between Giurgiu and Ruse.