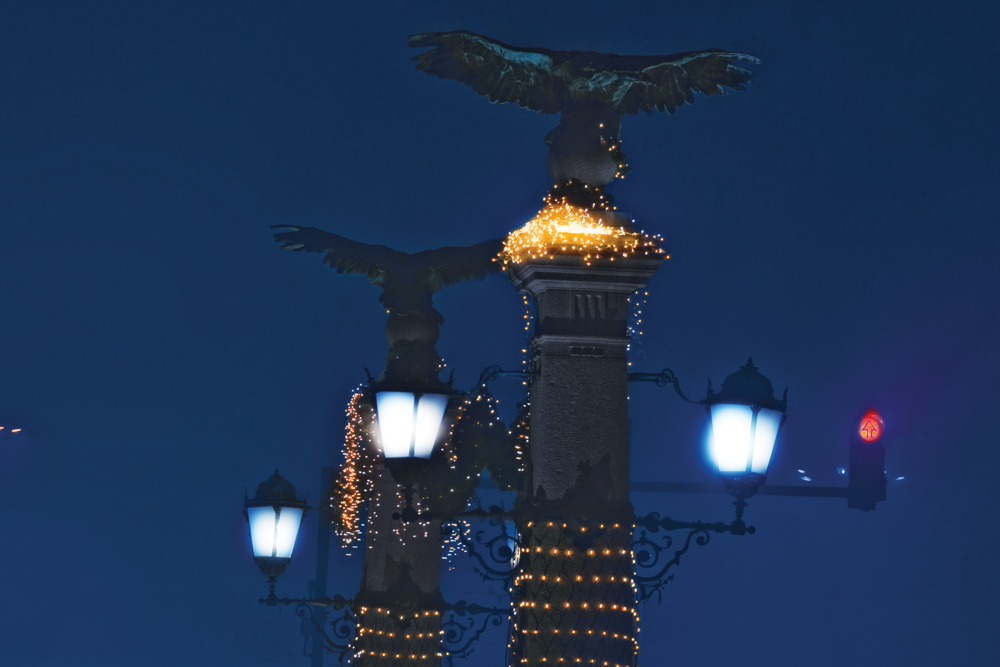 CCTV is everywhere now in Sofia but, about a century ago, the people of the city were followed by the eyes of other creatures – eagles of stone and metal, perched here and there on the façades.The eagle architectural trend took off at the end of the 19th Century, when Sofia was quickly transforming from an Ottoman backwater into an European capital. The fashion peaked in the years before and during the Great War, when eagles spread their wings on ornate Neo-Baroque or fin-de-siècle façades. In the interwar period, the new aesthetics of modernism largely forced the eagles out.

In the following years, many of Sofia's eagles disappeared forever. Some were "killed" during the British-American air raids in 1943-1944. Others became extinct during Communism and the construction boom of the 2000s. The most notable example was the grand eagle who topped the roof of Druzhestvo Orel, or Eagle Society, on the corner of Graf Ignatiev and Alabin streets. It was carved by one of Bulgaria's best sculptors but was taken down by the Communist authorities as it looked "too Nazi" to them.

Yet, Sofia is still a place where you can meet the gaze of a stone, metal or plaster eagle.

Sofia's most famous eagles are also the oldest. They appeared on the pillars of Orlov Most, or Eagles' Bridge, over the Perlovska River, in 1891.

Eagles' Bridge was one of the first city projects and was designed by the chief architect of Sofia, the Czech Antonín Kolár. Two other Czechs, the entrepreneurial Prošek Brothers, built the bridge.

The eagles have a symbolic meaning. Soon after the liberation of 1878, the Bulgarian revolutionaries returning from Ottoman prisons in Asia Minor were met by Sofianites at this place.

After 1989, Eagles Bridge enhanced its symbolical meaning, as it became a focal point of political activities. One of the most memorable was a rally in June 1990, at which about a million people supposedly gathered. The most recent have been the February protests against Boyko Borisov's government and the summer protests against that of Plamen Oresharski. 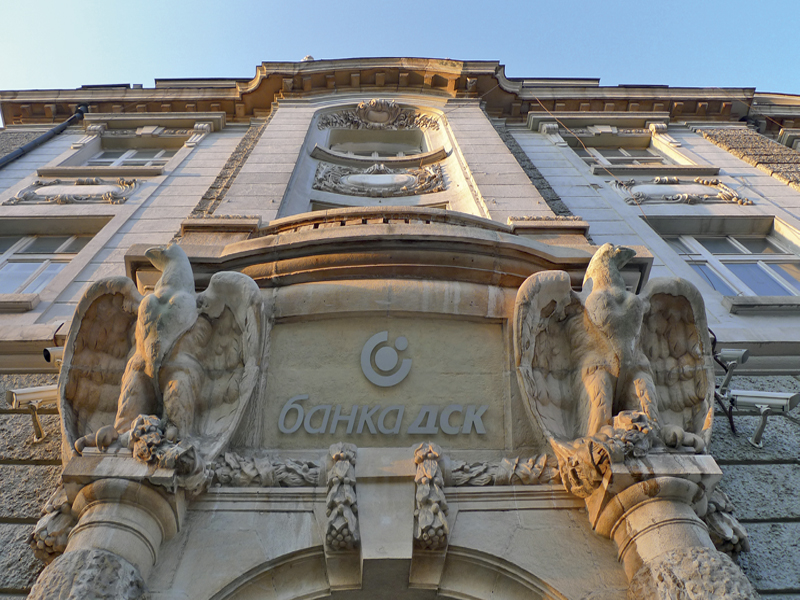 Once a bank, always a bank, the pair of eagles at the entrance of the DSK Bank in Sofia would say; if they could talk, of course. This fine Neo-Baroque house was built in 1913 by the renowned firm of architects Fingov-Nichev-Yurukov for the owners of the Sofia Bank.The bankers conducted their business on the first floor and lived with their families in the residential part of the building.

The stone eagles are the work of Marin Vasilev, the first academically trained sculptor in Bulgaria. 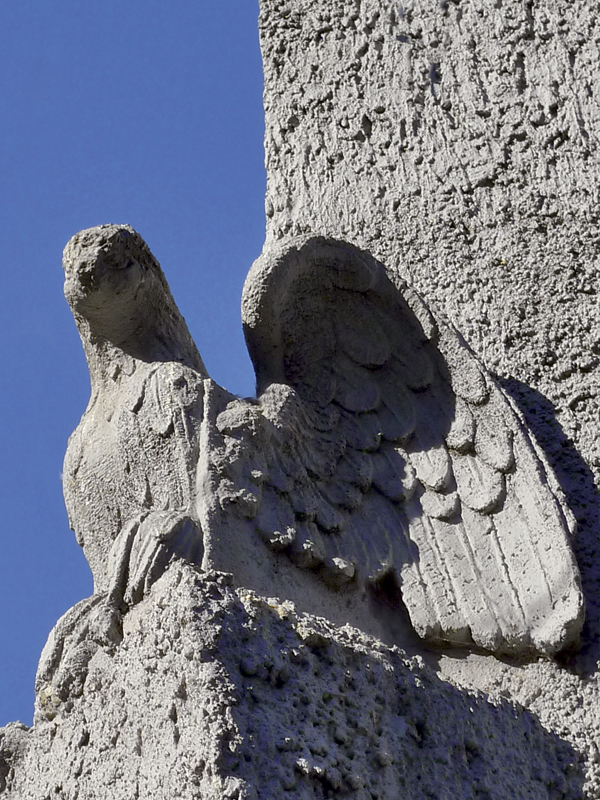 In the interwar period, the middle classes of Sofia finally realised that it was easier to live in a comfortable new apartment rather than an old and expensive house. They started building apartment homes, the so-called sapritezhatelski dom, and within years dozens of them sprang up in the city.

These homes embraced the new modernist architecture, but sometimes their façades were decorated with the odd relief or sculpture. Some of them had lions, others squirrels, and at least one – this one on the corner of Graf Ignatiev and Patriarch Evtimiy streets – had an eagle. The building dates from 1932. 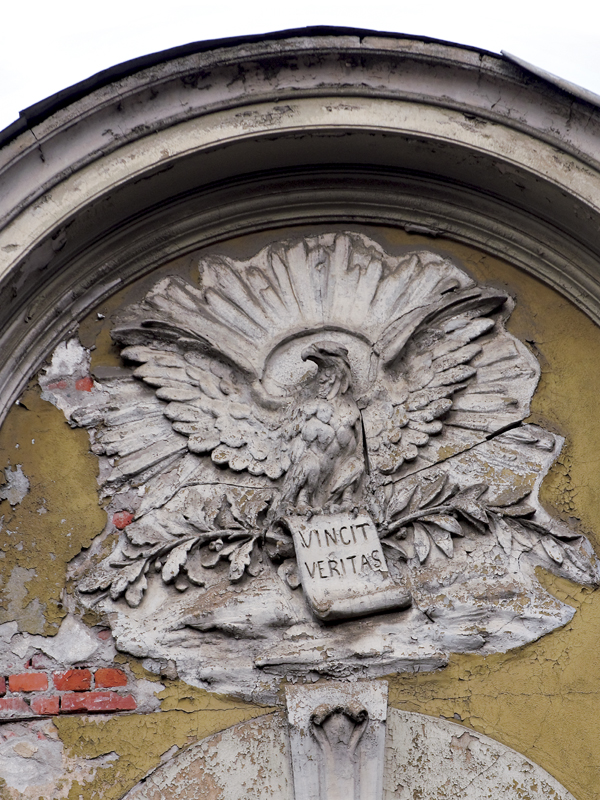 This eagle appeared on the semi-circular front of a building combining residential and trade premises in 1911. The bird holds in its claws an olive branch and a parchment, reading Vincit veritas, or truth prevails. 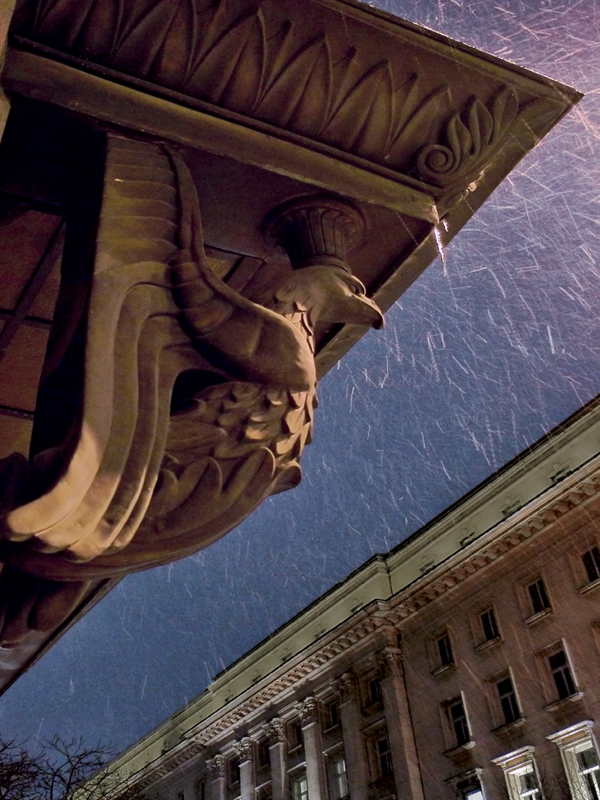 In 1927, an ambitious building project appeared in the centre of Sofia. The headquarters of the Bulgarian Fenix Insurance Company had nine floors and rose to about 38 metres, and was easily one of the tallest buildings in the city.

The roof of the Phoenix Palace was equally impressive. Around the clock on the top, as a newspaper advertorial boasted, stood "allegories of the company life, fire and transport insurance policies – majestic and artistic copper figures made by a famous sculptor. Above them, a gilt fairy bird, called a phoenix, is spreading its wings, and it is colossal, about 2.5 metres in height and about 2 metres in width."

The phoenix was lost in the 1943-1944 air strikes, but the building still preserves two avian statues. A couple of rigorous eagles guard the main entrance of the National Employment Agency, which occupies the building today. 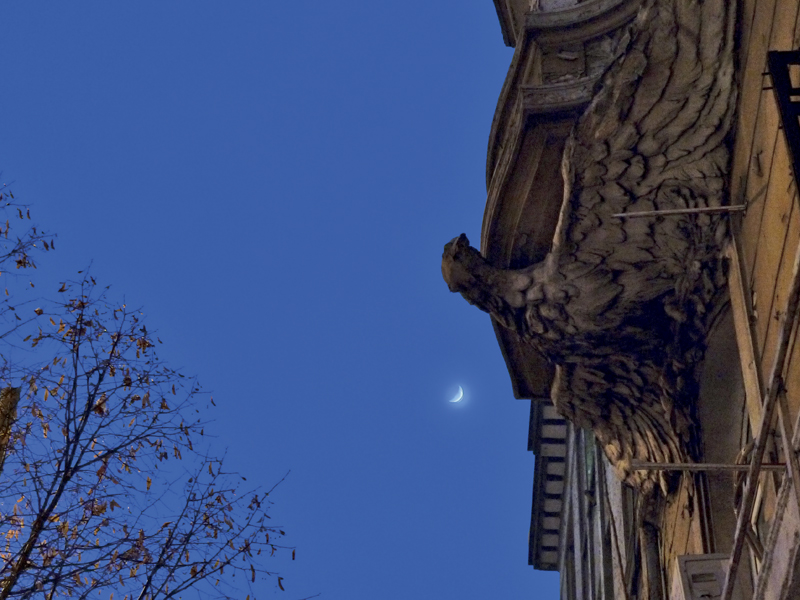 This Neo-Baroque bank, adorned with a pair of eagles, appeared on this central boulevard in 1914. In an artistic sense, these are probably Sofia's fiercest eagles – on the wing in search of prey. 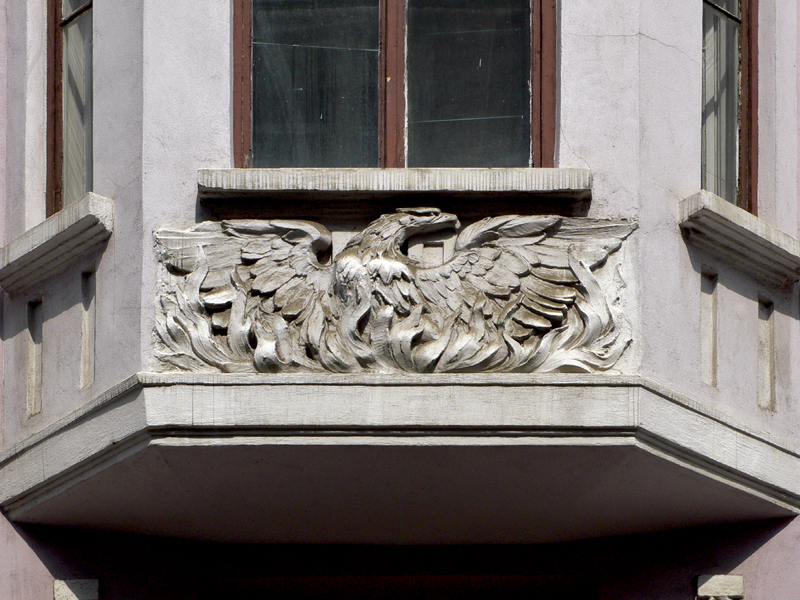 Situated on the façade of a building designed to combine office and residential premises, this eagle has a secret. It hides the initials KTD, which probably belonged to the person who built the place in 1914.