You have probably visited Perperikon, the mighty fortress inhabited for millennia and hailed as the site of the famous oracle of Dionysus, where the destinies of Alexander of Macedon and Augustus were foretold. It is now popular to use it as evidence of the ancient and sophisticated culture of what is now Bulgaria.

The Rhodope, however, is home to a site which can rival Perperikon in importance, grandeur and charm. Gluhite Kamani, or Deaf Rocks, about 13 kilometres by car from Lyubimets is much less crowded. There, the Thracians created a rock sanctuary about 3,000 years ago.

The surface of the Deaf Rocks is peppered with dozens of cavities or niches in a shape that could generally be described as trapezoid. Most of them are at such a height that they are impossible to see unless you crane your neck. One above the other, the niches cover almost every square metre of the rock. The new graffiti of 20th Century locals and 21st Century tourists reach only as high as the hands of their writers could reach.

Why and how the rock niches were made is still a mystery. These strange carvings dot rock formations and cliffs all over the eastern Rhodope. At the present time, more than 200 groups of rock niches have been identified in this area. Sometimes they are close to the ground, but often they are hewn out of precipitous heights, tempting you to speculate on how the brave craftsmen climbed up or down with ropes, risking their lives for their art.

Usually, the niches are in groups of about a dozen. There are places, however, where it is hard to count them all, and Gluhite Kamani is one of these.

Many theories have tried to explain the purpose of the niches. Some scientists believe that they were made for the burial urns of cremated Thracians who could not afford the much more expensive rock tombs. However, the bottoms of the niches are often angled upwards, making it impossible to put anything inside them. Others claim that the niches were hewn by adolescent Thracian boys as part of an initiation ceremony. A third suggestion is that the niches depict the stars and the constellations in the heavens, while a fourth proposes that they indicate an ancient gold mine. 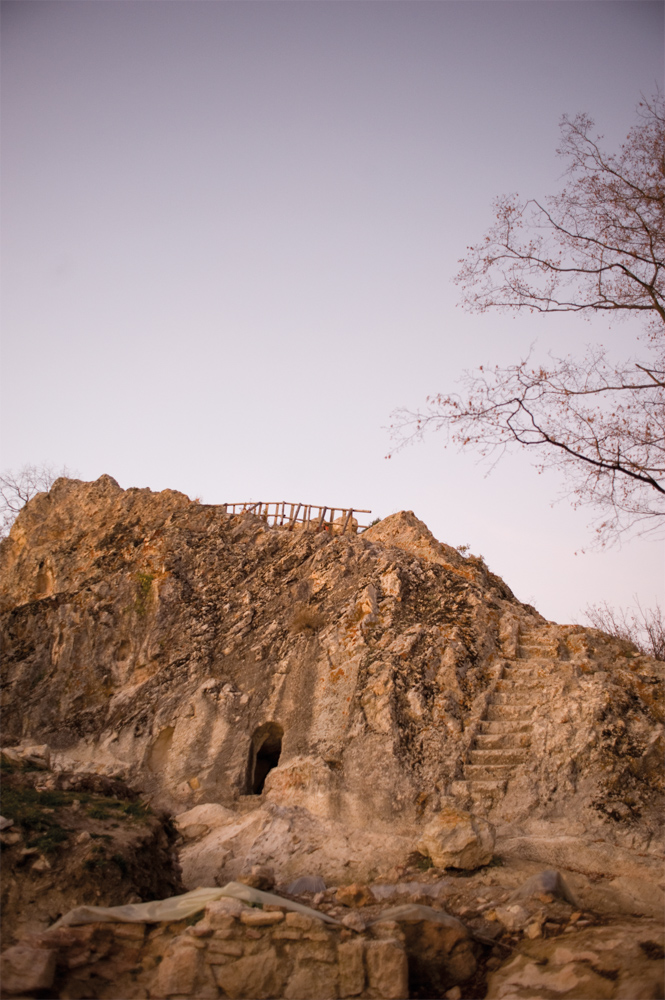 Whatever the truth is, the sight of these darks recesses in the rock surface is haunting.

Gluhite Kamani is more than just a fine collection of rock niches. The path meanders up between a wall of oaks and the wall of rock and skirts a deep trench left by the archaeological dig which has been excavating here since 2008, and ends at the top of a hill. There, the ground is pitted with more holes and trenches, revealing the remains of once mighty buildings. The plain of the Arda River unfolds to the south, while the north side of the platform is bounded by yet another huge rock.

Ages ago, a tomb was carved into it. The door is long gone and the former burial chamber gapes open, challenging the visitor to look inside.

There is also the staircase, with its 33 low and narrow steps, eroded by wind and water, which climbs to the very top of the rock. Climbing it is a challenge for those fearing heights, but your effort will be rewarded. At the top, the Rhodope wind sweeps over the stones and the remains of an ancient altar, rustling the bushes and flattening the reeds growing in the pool of rainwater which has been filling a three-by-three metre rock tomb since the Deaf Rocks were abandoned. To the north there is a stunning view to the valley of the Maritsa.

Archeological research has revealed fragments of the history of Gluhite Kamani. According to experts, the shrine was active from at least the 1st Millennium BC. The Deaf Rocks were not only a sanctuary, as a sizeable city stretched out around, covering an area comparable to and probably even greater than that of Perperikon. Life in this place did not cease even in the turbulent 5-6th centuries AD, when pagan Antiquity slowly and painfully gave way to the Christian Middle Ages. The archeologists have already discovered the remains of a palatial building and a church of the period. 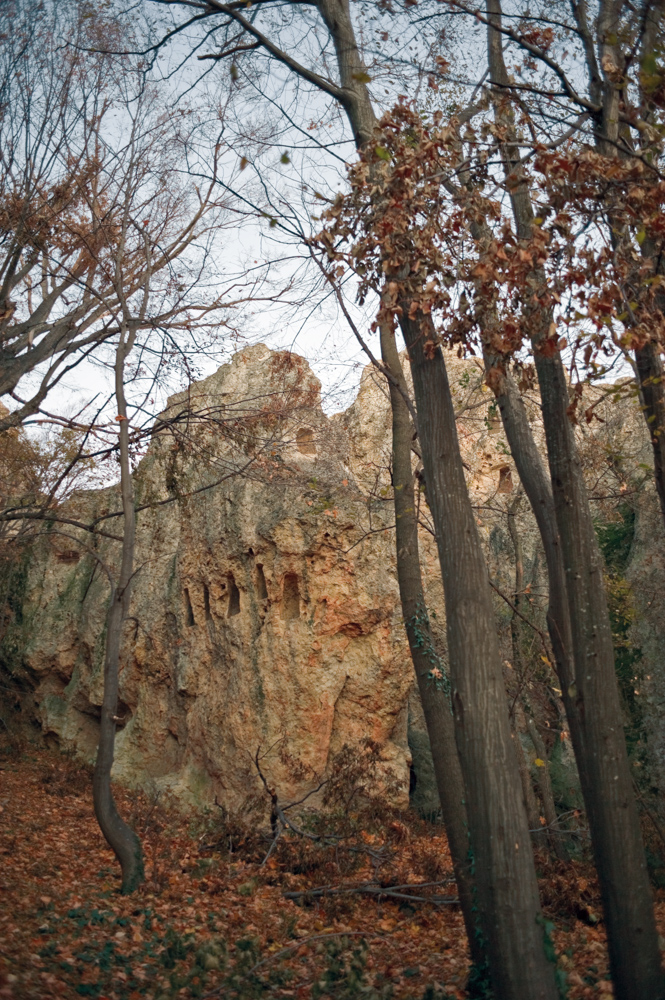 The gods to whom offerings were made at Gluhite Kamani sanctuary before Christians took over are as mysterious as the shrine itself. The religion of the ancient Thracians remains an unsolved puzzle. For now, the most popular explanation is that this ancient people believed in the Great Goddess, embodied in the rocks, darkness and caves, and in her son and lover, the Great God, who was the air, the light and the sun. United, they held the whole universe together. People worshipped at any place that revealed the deeds of the divine couple – strange rock formations and peaks on precipitous heights, and damp, dark caves. They decorated such places with carvings, probably to express their faith, and preferred to make their offerings to and be buried in rocks, as if to be closer to the Goddess in the afterlife.

While historians are still seeking hints about the past, local treasure hunters have never been reluctant to explain the history of the Deaf Rocks. According to local legend, a wealthy Thracian ruler was buried there, together with enough gold to fill nine ox-carts. Many treasure hunters have been after the hoard ever since and, if the rumours are true, some of them were lucky to find enough "gold" there to build a house.

Meanwhile, the archaeologists try to protect their findings with a primitive, but proven method: at the end of the dig, they re-bury what they have found. The sanctuary remains silent throughout the year, a true gem to be enjoyed in solitude by those interested in Thracian culture.