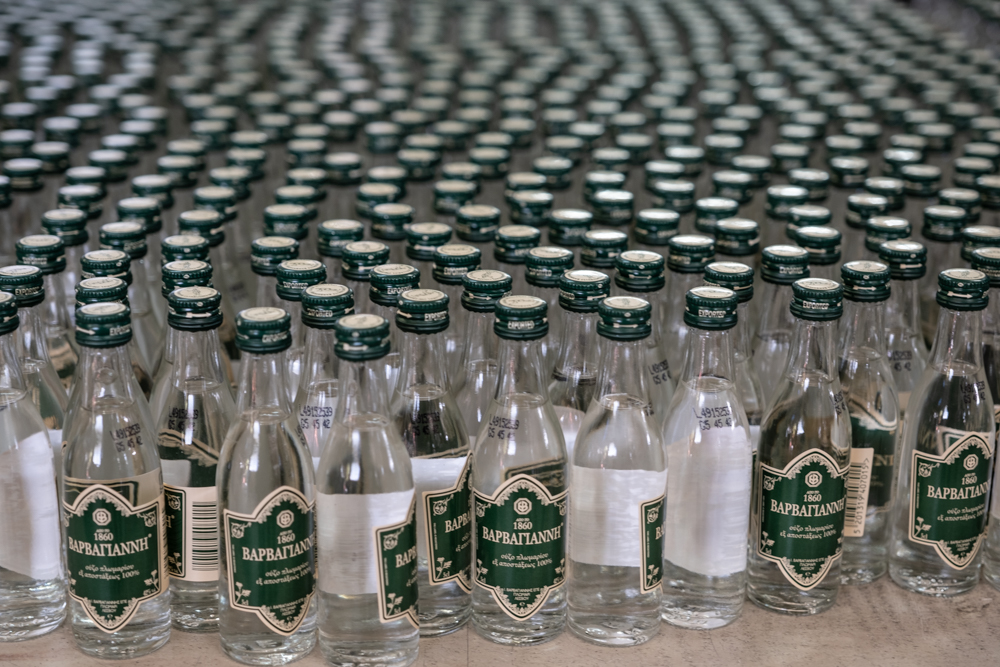 Barbayanni is one of the best known brands of Lesvos ouzo

The pines cast a dappled shade on our table and the cool sea is lapping at our feet, the rumble of pebbles drowned by the ecstatic chirping of the cicadas. "There is one thing Westerners won't ever get about us Greeks," says our host, dreamily, while a waitress approaches our table, an overloaded tray in her hands. "I graduated architecture in the United States and I worked there for a decade," he continues, while the waitress unloads a cornucopia of simple, yet delicious Greek food: sourdough bread, olives, cured anchovies, taramasalata, or fish roe relish, choriatiki salad, octopus tentacles curled from the heat of the charcoal. "I earned a good salary then, but after I returned home I never looked back," our host opens a small bottle and pours clear liquid into three tall glasses. "I earn less here and sometimes struggle with the bills, yet I am happier," he adds, while adding water to the glasses. The liquid turns a milky white. A light aniseed scent escapes from the glasses and pervades the air, mingling with the aroma of melting pine resin, salty sea and sunscreen. "Where else can I have a long lunch, spent mostly watching the sea and talking with friends, in the middle of the working week? One or two ice cubes?" Our host drops some ice into our glasses and raises his: "Stin ygeia mas! Cheers!".

This particular long workday lunch took place at a cove near Molyvos, on the island of Lesvos, but our host's words would ring true all over Greece. The nation's lifestyle can appear slow and slightly irritating to the Westerner, especially where business is concerned, but once you make the mental effort to repress thoughts of pressing emails, you realise the Greeks have got something right in life. And ouzo, which we drank in that cove, plays a part in it. 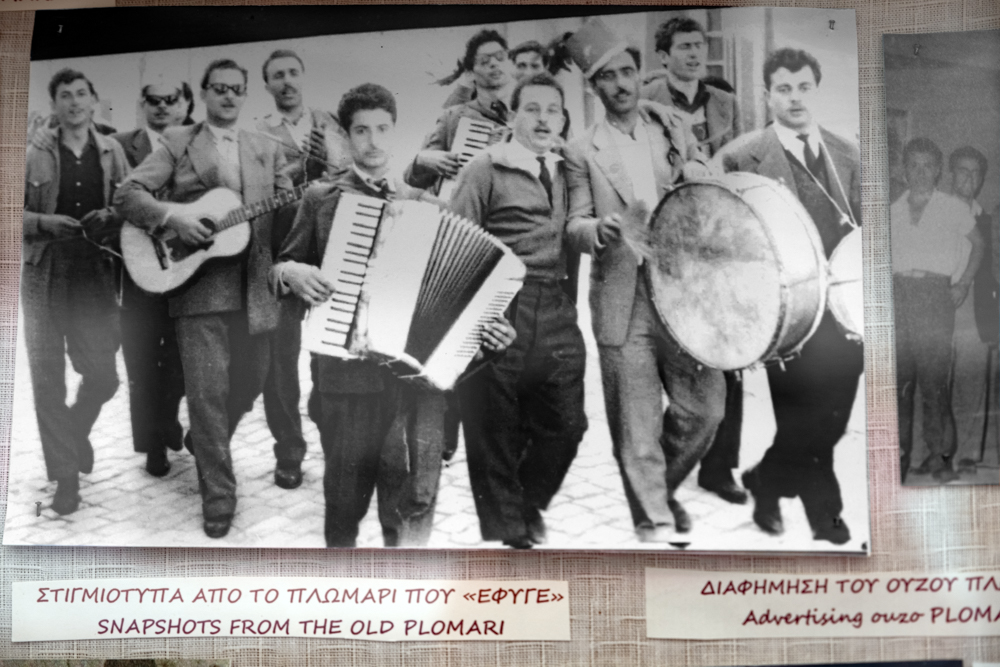 Ouzo, an aniseed spirit, is an integral part of Greek dining. Greek ouzo is popular in Bulgaria as well, and the best known brands are sold in Bulgarian supermarkets, but drinking ouzo in a seaside taverna in Greece surpasses by far drinking ouzo in a Bulgarian restaurant or at your kitchen table in Sofia. Lesvos is the ultimate place to enjoy the drink.

Ouzo was born in Tyrnavos, on the mainland of Greece, in the 19th century, when someone had the brilliant idea of adding aniseed to a grape-based spirit called tsipouro. The new beverage became widely popular throughout Greece. According to some, ouzo became all the rage after absinthe was banned in the early 20th century. The next ouzo revolution happened when the Lesvos distilleries began using copper distillation stills for its manufacture. Lesvos ouzo soon became a byword for quality. The secret? Local producers, some of which have been in business for generations and use secret family recipes, make their ouzo not only with locally grown aniseed, but also with local herbs.

On Lesvos, ouzo production is concentrated in Plomari, a town on the south coast. Some of the 17 local distilleries produce large quantities that travel far beyond Greece, while others are so small that only Lesvos natives have heard of them. Together, Lesvos ouzo manufacturers are a force to be reckoned with, as they make about 50 percent of total Greek ouzo production. Many are open to visitors, offer tastings and will gladly explain the technology of ouzo distillation, without revealing any trade secrets, of course. 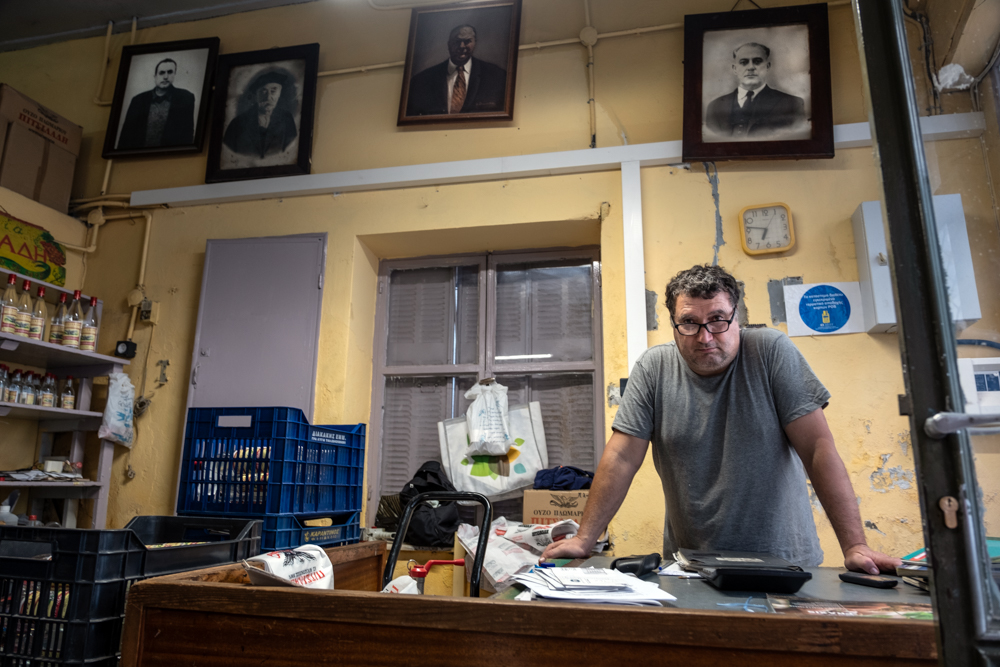 The owner of a small, family ouzo distillery that delivers to the local market

Ouzo is made of fermented grapes mixed in giant copper stills with aniseed, herbs and water from local sources. The mixture is heated and then cooled, resulting in distilled alcohol that needs between 12 and 15 hours to drip from the stills. It is then left to "rest" for 40-60 days, a crucial period for all the ingredients to blend into a homogenous whole. The alcohol content of the resulting ouzo varies between 37.5 to 48 percent.

The way one drinks ouzo is also important. The spirit should be at room temperature. Bulgarians tend to keep their precious ouzo bottle in the freezer, but this is a big no-no. Below-zero temperatures extract the anethole, the molecule that gives the aniseed taste, and turns it into crystals, thus altering ouzo's distinct flavour and aroma beyond repair.

The proper way to enjoy ouzo is to pour it at room temperature into a tall glass and then add cool water to taste. Water dissolves the anethole and brings out the ouzo's famed milky colour. If you want your ouzo cooler, drop in a cube or two of ice. 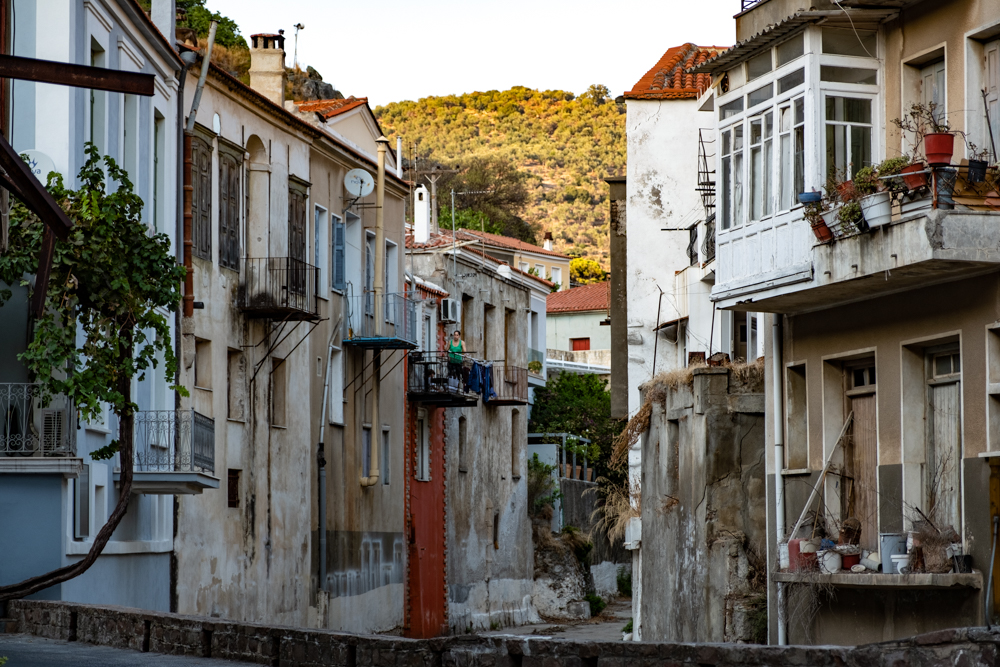 Few people are aware that in the 19th and early 20th century Plomari was more famed for its... soap. It was so good that the best samples were exported to France

A crucial part of enjoying ouzo is to understand that Greeks do not drink it in order to get drunk. They drink it slowly, appreciating its taste, and always take it with mezedakia, or appetisers. These can range from something simple, such as good bread with some olives – the ultimate Mediterranean treat – to more elaborate salads, seafood or pastries. The idea is to savour each sip, bite, and talk with friends as you share this simple feast, relaxing in the slight alcohol induced haze and in the realisation that a simple life is a quality life. As our Lesvos host would say, no paycheck is big enough to top this pleasure. When sitting in the shade of the pines, an ouzo glass on the table and a friend by your side, you cannot help but agree. 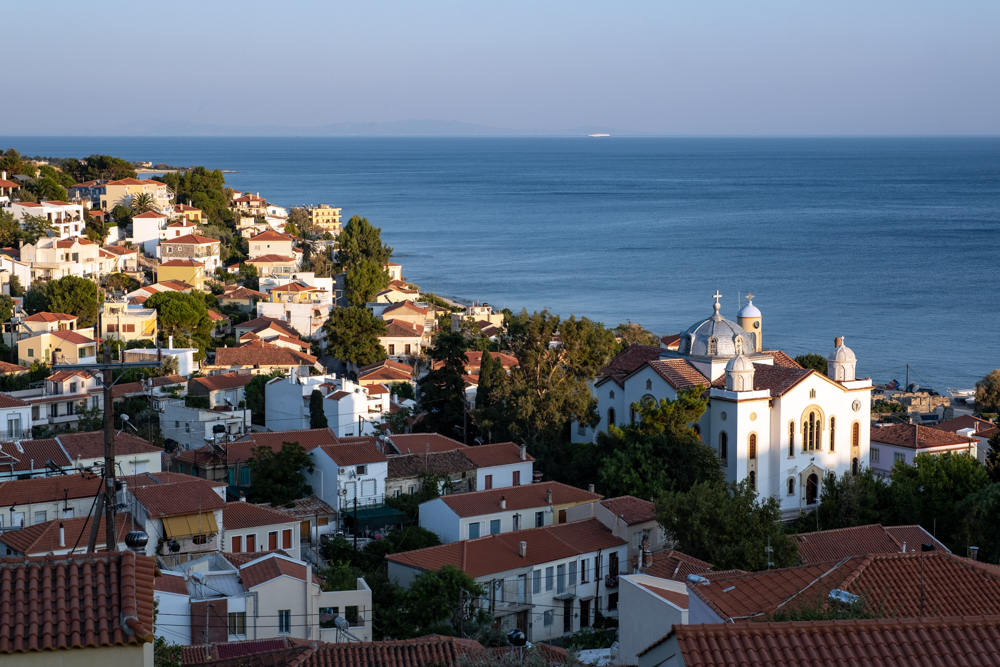 With its small houses and quiet lanes, Plomari hardly looks as Greece's ouzo capital. About half of the total national production is distilled here 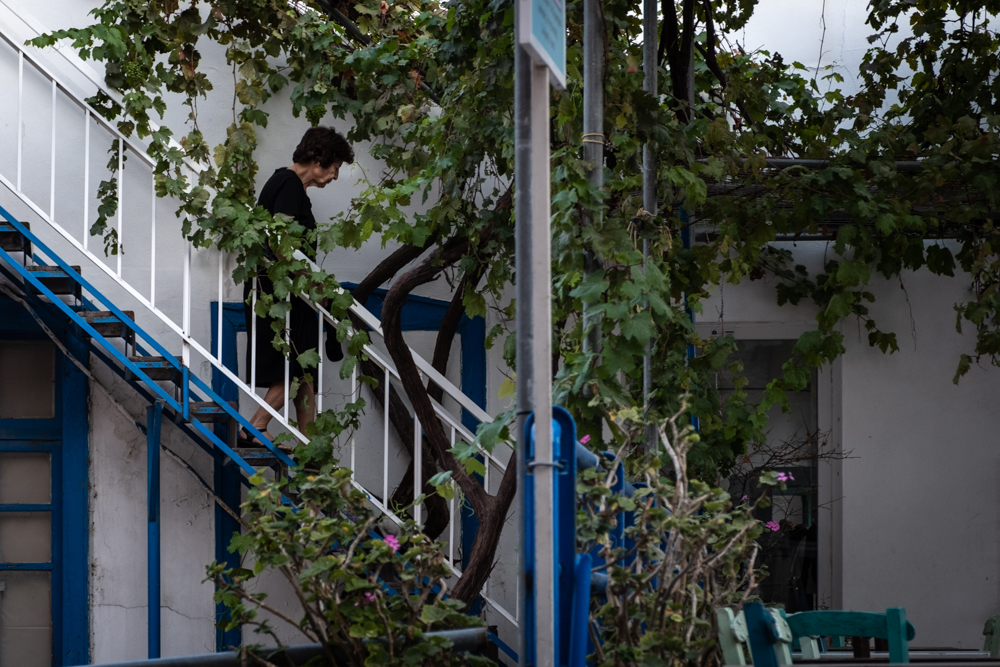 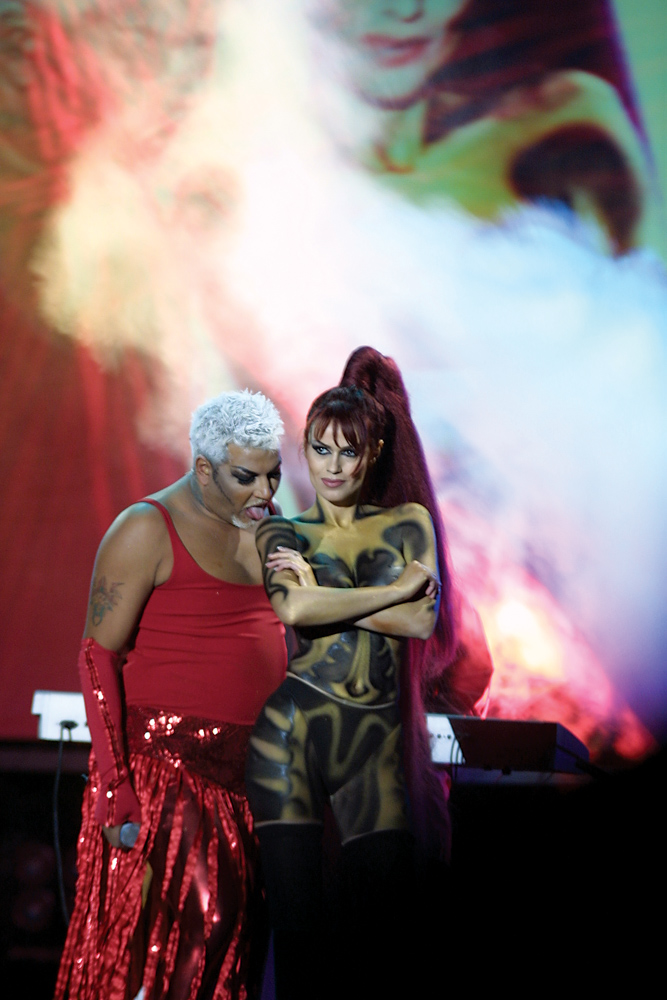 CHALGA TIME
At some stage during your stay in Bulgaria you are bound to have a close encounter with what over the past 16 ye
100 VAGABONDS
Vagabondis not a propaganda magazine – despite some local expectations, based on the parochial fear of
USAID IN BULGARIA
Whether it's true or not, Bulgarians frequently describe themselves as a nation with a pessimistic streak.