This is not a secret: we are in love with Greece. We are Philhellenes in that old-fashioned, slightly romantic sense of the word. 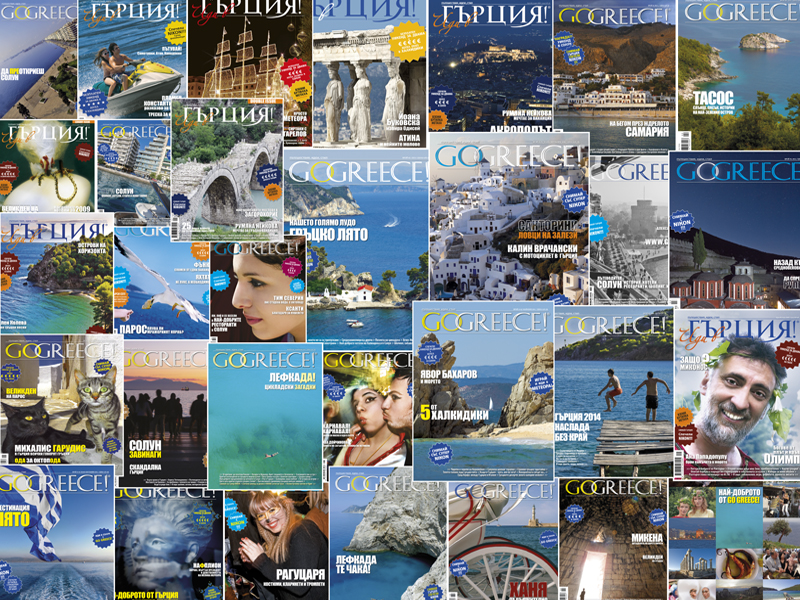 We are interested in all aspects of Greece, from its incredible cultural heritage to its fantastic beaches; from its extraordinary island sunsets to its seaside taverns; from its Ottoman bridges in the north to its bizarre volcanic formations in the south. From Crete to Samothrace and from Athens to Thessaloniki – by way of Ioannina, Kastoria and Grevena.

As we were not alone in our Philhellenism (Greece is a top travel destination for Bulgarians), we decided to produce a magazine about it.
Issue One of Go Greece!, Bulgaria's Magazine About Greece, hit the newsstands in September, 2008. We are currently doing Number 47.

Some of the fantastic travel destinations in Greece that we've covered include the hidden traditional villages and stone bridges in the Pindus mountains, the gorges of Crete and the Zagorochoria area; the ancient temples of Athens, Sounion and Delphi; the mysterious cave where Zeus was born and the underground shrine where ancient people flocked to get their fortune foretold by the dead; the spectacular sunsets and the supernatural beaches of Santorini.

Some of the people we've interviewed are writer Alexander Sekulov, actors Yavor Baharov and Kalin Vrachanski, TV anchor Iva Doychinova and a number of Greeks living in Bulgaria, from ambassadors, to entrepreneurs and people of the arts and culture.

The stories we've run concern not only sightseeing. Go Greece! goes deep (and enthusiastically so) in all things Greek: from cuisine and cultural life, to the traditional feasts and carnivals, to the strange vehicles one can see in Greek villages and its inimitable farmers' markets; to its ancient deities and heroes and the modern paganists emerging in Greece.

In short, we do our best to make the magazine a kind of print version of the awe, curiosity, lust for life, and a bit of sorrow you feel after watching Zorba The Greek or reading The Magus, two pieces of fiction with strong roots in the dry Greek soil.

PS. To be fair, we are also in love with Turkey, the countries in the Western Balkans, the countries around the Black Sea... We are not yet producing magazines about them, but hold on.