All fortresses come with their legends, but in Bulgaria few can compete with Kaliakra, near Kavarna, on the northern Black Sea coast. 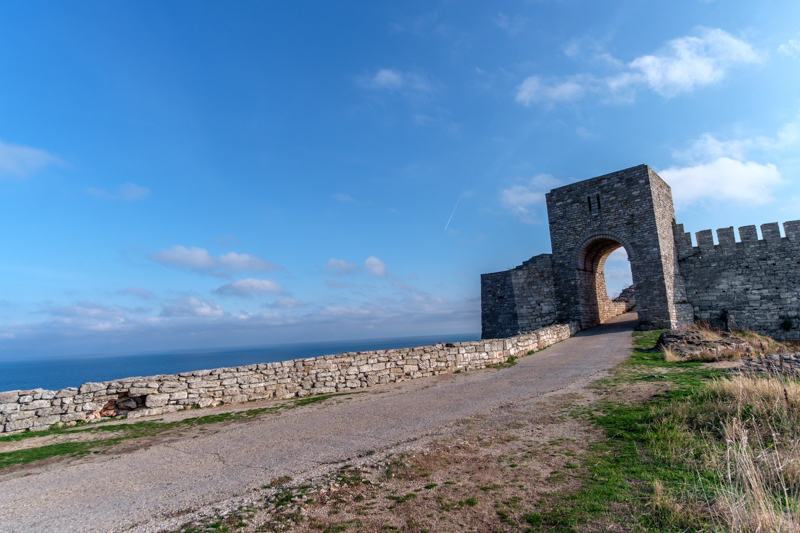 Two of them retell the horror of the Ottoman invasion, in the late 14th century. When the Ottoman troops broke through the defences of the fortress and overran it, according to the most popular of Kaliakra's legends, 40 Bulgarian maidens decided that death was better than capture. The girls rushed to the end of the cape. There they plaited their long hair into a single braid and jumped into the sea. They drowned or were battered to death on the rocks below.

The second story is about St Nikola. He too was pursued by the Ottomans, but instead of giving up, he ran towards the sea shore, praying to God for help. Help was given. When the land was no more and the saint was about to plunge to his death, the solid ground stretched forward, offering support. The further St Nikola ran, the more the cliff extended. After running for two kilometres, however, St Nikola became tired. He was caught and killed on the spot, and the land stopped its supernatural growth. Cape Kaliakra, the result of this miracle, stands to this day. The saint is said to have been buried at its very end, where a small white chapel marks his grave.

Unusually, there is also a Muslim legend for the cape. According to it, Kaliakra is the place where the Dervish sage and miracle-worker Sarı Saltık killed a bloodthirsty dragon and saved the inhabitants of the fortress from its appetite for maidens. Later, when Sarı Saltık died – in dragon-unrelated circumstances – he was buried on the cape. For centuries this peninsula has been a centre of religious activity, with people of all faiths coming here to pray. 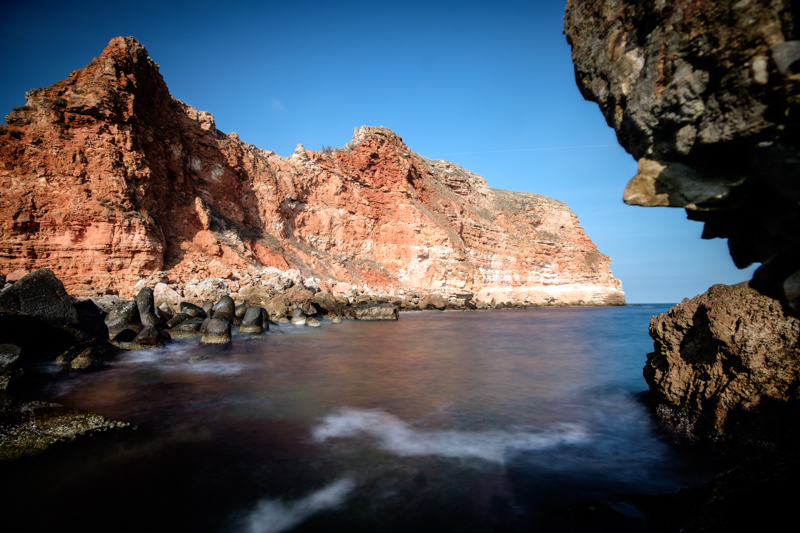 All of these stories, however, are much newer than that written down by Strabo, the first geographer in the world. According to him, Lysimachus, one of Alexander the Great's generals, hid treasure in one of the caves at Kaliakra fortress. Contemporary treasure hunters still dream about this ancient gold.

The fortress that has inspired so many legends dates back to Antiquity. It was built on the high and narrow Kaliakra Cape, a natural defence outcrop, as early as the first half of the 3rd century BC. Life continued under the Romans, who named the fort Acros Castelum, and enlarged and strengthened its perimeter. In the 4th century AD, the settlement already had an inner and an outer city, plus a strong citadel at the tip of the cape. Kaliakra needed it – in the following two centuries it became one of the vital military defences against the influx of the so-called Barbarians. After the 7th century, it experienced a long period of decline, before becoming the capital of an influential autonomous Bulgarian principality, in the 14th century. These were the times of Kaliakra's greatest glory, when the family of a nobleman called Dobrotitsa (the region of Dobrudzha was subsequently named after him) ruled there, trading with Italian merchants and defending their independence long after the rest of Bulgaria fell under the Ottomans.

After the Ottoman conquest the fortress was abandoned, but history did not forget it completely. In 1791, the Russian and Ottoman fleets engaged in the waters near Kaliakra in what is now regarded as the greatest naval battle ever fought in the Black Sea. The victory of the Russian admiral Ushakov effectively put an end to the conflict which had started in 1787. It also left the hungry waters around the cape clogged with sunken ships and the bodies of sailors.

Kaliakra is now one of the major tourist sites on the Bulgarian Black Sea coast, though the imposing gates and structures you see today are a late 20th century reconstruction. The lighthouse is also not the original 1856-1857 one, which was severely damaged in an earthquake in 1901.

The greatest attraction here is the landscape and the natural beauty. 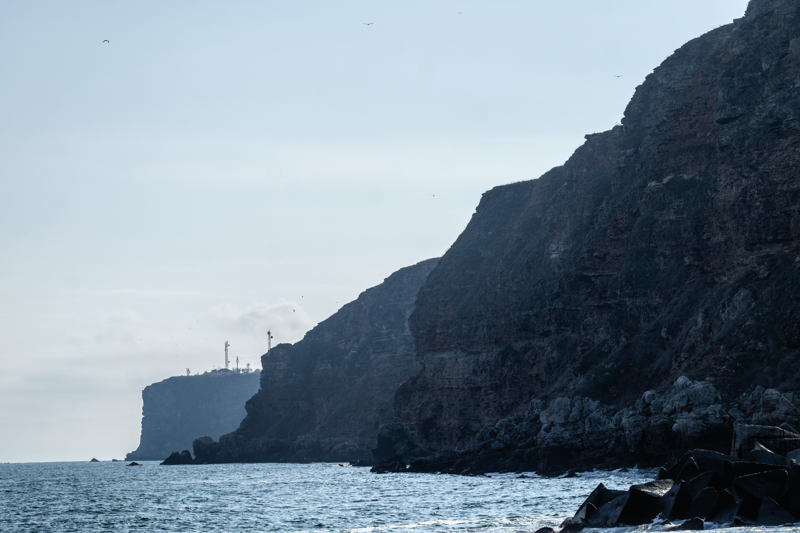 Kaliakra is one of Bulgaria's first protected natural areas. Covering about 1,800 acres of both land and sea, it is the place where the only steppe ecosystem in Bulgaria exists. Dolphins are a regular presence in the waters and until fairly recently monk seals used to inhabit the caves around the cape. About 50 species of rare birds, including larks, owls, eagles and hoopoes live on and around the cape. Their number increases with the variety of rare water birds such as little bitterns, little grebes and ducks that live in the adjacent marshes of the Bolata and Taukliman reserves. In spring and autumn the area increases in importance even further, as it is on the Via Pontica, one of Europe's greatest bird migratory routes.

Sadly, in recent years Kaliakra and its untouched landscape and wildlife have suffered.

In the 2000s, the first wind generators made their appearance near the cape. Now dozens of them stand just on the picture-perfect shore. The inconvenience to photographers who feel robbed of the scenery is only the tip of the iceberg of the problems these generators cause. In 2013, it transpired that the turbines should never have been erected there at all, as the territory is a Nature 2000 protected area and the turbines interfered with the migrating birds. In the summer of 2017, the European Commission won a lawsuit against Bulgaria, which was prohibited from undertaking further construction in the area. The decision of the court sparked protests among local people.

For now, the wind turbines remain, their giant blades swirling in the air by Bulgaria's most legendary fortress. 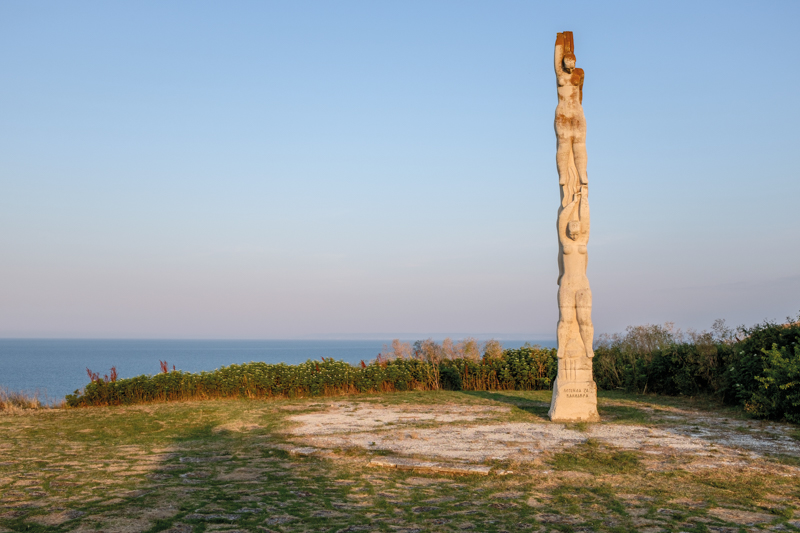 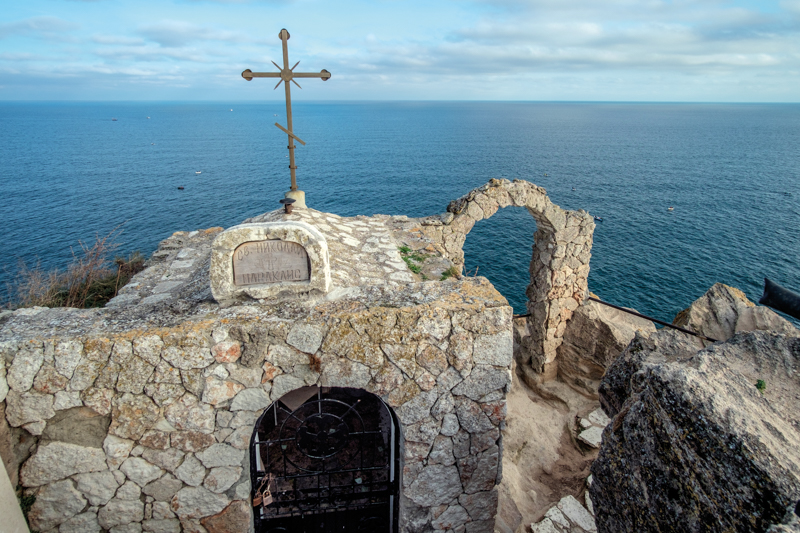 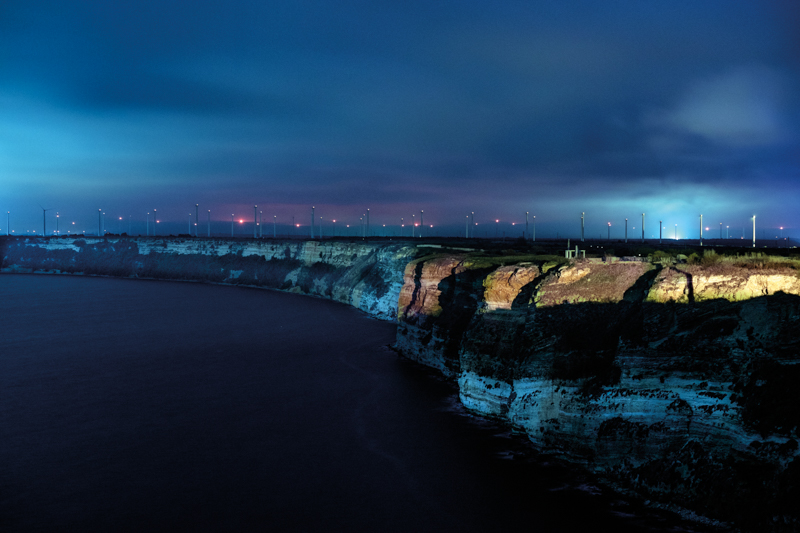 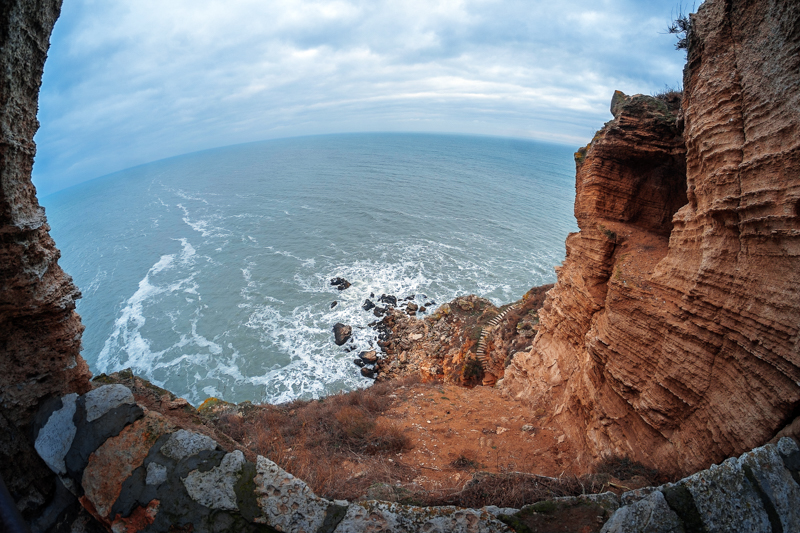