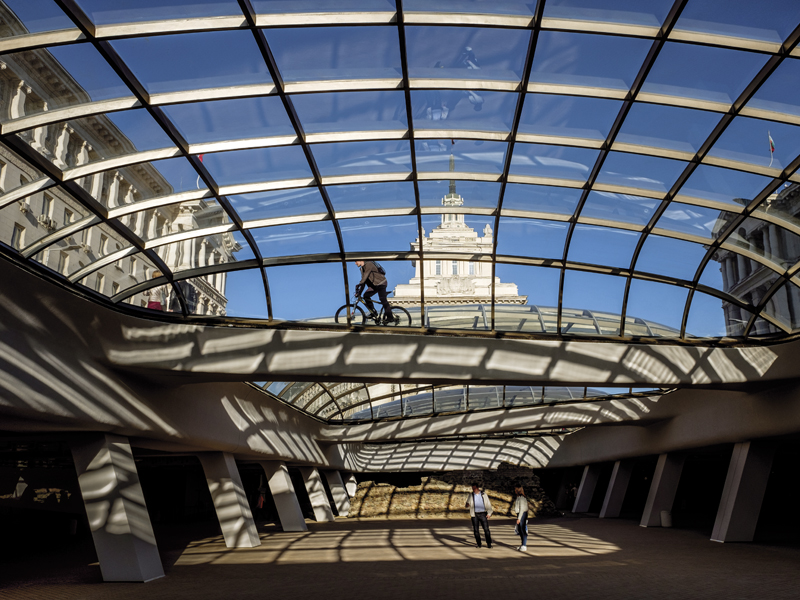 In 313, a PR trick helped Constantine to become the sole ruler of the Roman Empire, whence he would go down in history as "The Great." Before a crucial battle he claimed that he had a dream in which he was advised to paint the initials of Jesus Christ, a theretofore forbidden god, on the shields of his soldiers with the promise that this would bring him victory. He did just that. He won, decriminalised Christianity, became a saint, and so on and so forth.

In 2016, the Bulgarian government and the Sofia City Council tried to pull a PR trick on their own, using the name of the said emperor. Their aim? To convince the Bulgarian public that the newly excavated, restored and exhibited parts of ancient Serdica, "City of Constantine the Great," are a marvel yet unseen, a magnet for tourists, and a pride for the nation.

The ruins were discovered at the Largo, in front the Council of Ministers, and Maria Louisa Boulevard, in front of TsUM, in 2010-2012, during the construction of Sofia's underground. They are indeed scientifically important. Several streets of the Roman city, with the attached buildings and some later churches were excavated, including a large mosaic. When the media din surrounding the initial discovery ("The palace of Constantine the Great was probably found!") settled down, the remains were covered with plastic sheets or with nothing at all, and were left to the elements. In 2015, restoration of a combined area of roughly 8,000 sq.m began, swallowing 15.5 million euros by the EU's Regional Development Fund.

The result, if you believe the prime minister and his ministers, is astonishing. Unique Roman heritage is now exhibited in the middle of Sofia, and on the top of that, it is adorned with a super-ultramodern piece of architecture: A glass roof "just like the one at the British Museum," as the press release boasted. "We gave Sofia yet another site to make happy all of its citizens, and also its visitors," said Boyko Borisov during the inauguration in April. "Not an European capital has a site like this, except Rome," Culture Minister Vezhdi Rashidov raved and continued in a more visionary mood: "This place is not ours, but the people's, let the youngsters come and have parties and fun here. Let people dance, sing songs, and preserve what has been done for them."

Most of the Bulgarian media intoned, or just copy-pasted the press release (as they usually do). They gasped and ah-ed, and aw-ed at the "three-layer laminated glass with transparent sunscreen covering" at the Largo, at the "experts that think the acoustic in the hall is excellent," and at the whole "uniqueness" of the place.

What is the reality?

Rather depressing. The ruins were not that spectacular, so they were rebuilt to become such (in which the builders failed ... spectacularly). The part of Roman Sofia that was under Maria Louisa Square is now a maze of high walls of modern bricks and mortar, squishing the original structures. Restoration was gentler at the Largo, but when a bit of sun comes out, the whole area becomes something like a sauna, only without the relief of having your clothes off. Under the "revolutionary" triple dome of glass, there is a part of an ancient street and pieces of a mansion, plus a 16th-19th centuries church which originally stood somewhere else on the premises but was moved here. 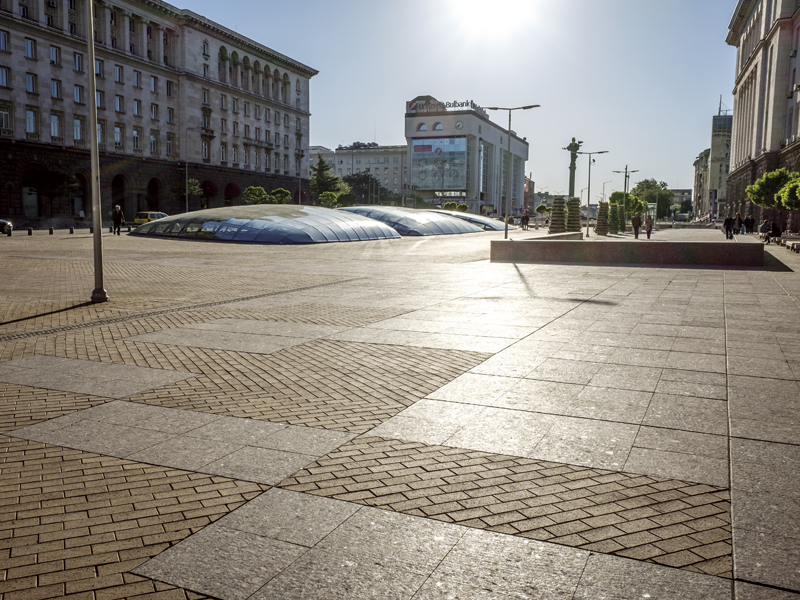 Many people are reluctant to walk into the menacing vastness that the Largo appears from Serdica Metro Station (or they are probably afraid that someone would ask them to pay). Wading in the pebbles and trying to make Instagram-worthy pictures, the scant visitors are at a loss, as the informational sings are few and far between and are written as if for a scientific conference. There isn’t a map of the complex.

The most genuinely interesting sight at the Largo is Decumanus maximus, ancient Serdica's main street running east to west. The stone slabs covering it are well preserved. Large, shining from the generations of pedestrians and including blocks from earliest buildings, they are a humble and a quiet reminder of all the people that used to call today's Sofia home throughout the centuries. The street, somewhat ironically, runs along the Council of Ministers, as an example of the continuity of this city’s importance. It ends with the Serdica's eastern gate that since the 1950s has been exhibited at the subway leading to the Office of the President. Apparently, those 15.5 million euros were not enough and the old, weathered map of Ancient Serdica that has been standing in the subway at least from the 1980s has not been replaced with a new one.

A couple of days after the opening, the Largo's flamboyant glass roof leaked after a not particularly strong rain. The cracks were fixed with Scotch tape. Then another rain caused damage that even Scotch tape couldn't fix.

But there is good news. Boyko Borisov promised that the Ancient Serdica complex will be soon "enlarged" and "enriched."