Pierre-Yves Mourcet, General Manager for Bulgaria, on the presence of the global aero leader in this country 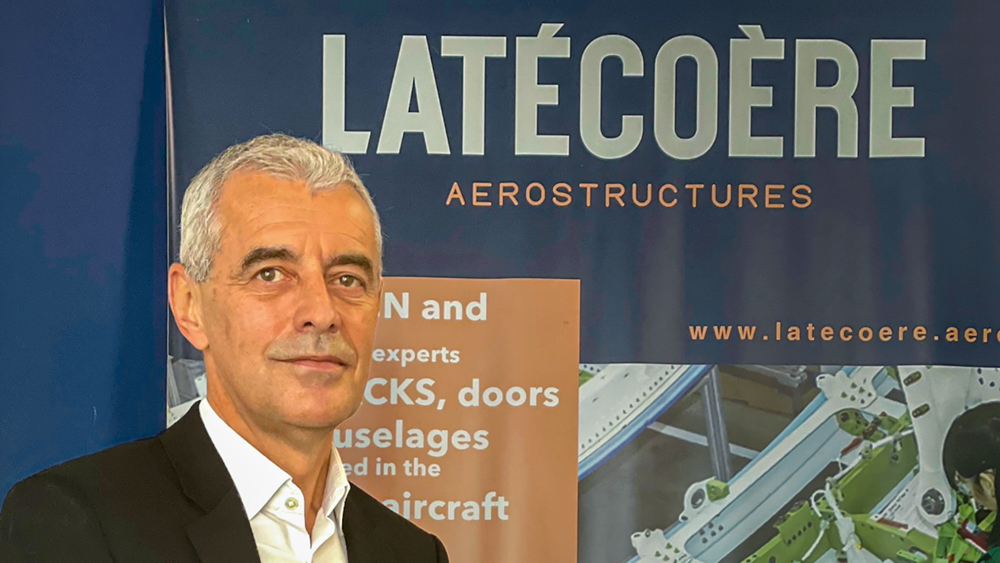 Flying has made the world smaller and has become so ubiquitous that we started to take it for granted. We often forget that we are able to fly wherever we want thanks to the work and innovation of the aviation and aeronautics industry, like Latécoère, a French group.

With more than 100 years of experience in the aeronautics industry, Latécoère is a leader in the field of aerostructures and interconnection systems. It is the world leader in Avionics Racks, the European leader in satellite wiring, the world’s leading independent manufacturer of aircraft doors and is second in the world for electrical harnesses. A major player in the aeronautics industry, Latécoère Group stands out for its ability to innovate. Drawing on its unique and world-recognized expertise, Latécoère works across the entire value chain. Design, manufacturing, assembly, installation and MRO: Latécoère aims for excellence and performance across the board.

The factory in Plovdiv was opened in 2018, as a part of the company's Aerostructures division, to reinforce Latécoère's ties with Airbus programs. The plant had a production floor of nearly 5,000 sq m. Initially, it employed 200 people. As soon as 2019 the company had to expand its premises and to hire more workers to perform a new task for Latécoère: assembly of metal components for the nose fairing of Airbus А350.

Please, tell us more about the presence of Latécoère in Bulgaria?

Latécoère in Bulgaria was officially opened in September 2018. Redirects have made it possible to redistribute production worldwide between European plants by automating what can be done, and to countries with the lowest cost, where basic manual processes are possible thanks to a well-skilled workforce.

What brought the company to Bulgaria? What are the company's goals here?

Latécoère has brought in Bulgaria the specifics of the aviation sector, improving and standardizing the production lead time to attempt the dead point of the program to obtain saving on the unit recurring cost.

What has Latécoère achieved so far in Bulgaria?

What are the main challenges that Latécoère faces in Bulgaria?

The main challenge that Latécoère faces in Bulgaria is to put the industrial means at the level expected by our customers and to be prepared for the next generation of the new aircrafts.

What new products and ideas does the company plan for the future?

Latécoère is committed to improving these means of production by linking design to R&D projects, always in order to be ready and connected to our future customers' new requirements. 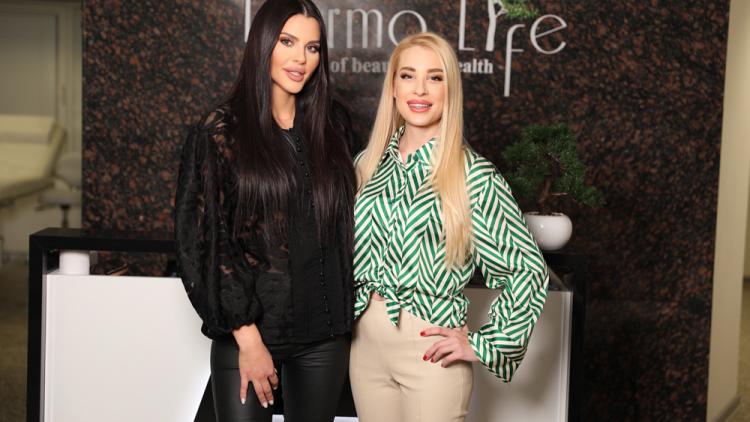 DERMALIFE: THE NONINVASIVE ROAD TO YOUTH, HEALTH AND BEAUTY
When innovation in health and beauty care is concerned, DermaLife is among the first names to come to mind. DermaLife is more than a place where you can take care of your appearance. 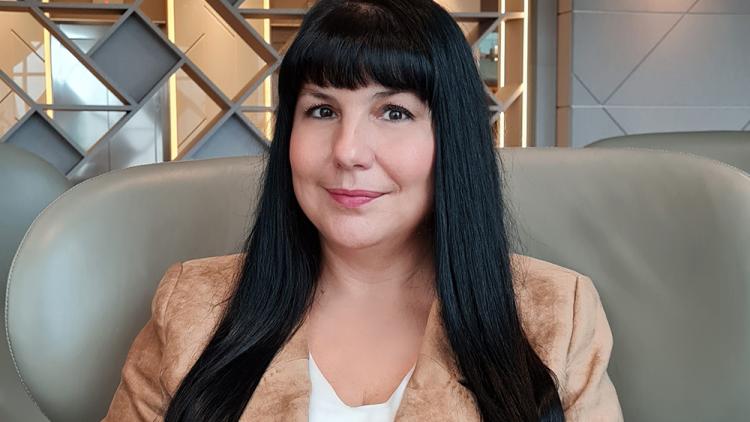 KNOWBOX: THE ART OF THINKING STRATEGICALLY
knowbox is an agency for integrated corporate and marketing communications with a strong focus on PR and digital marketing. 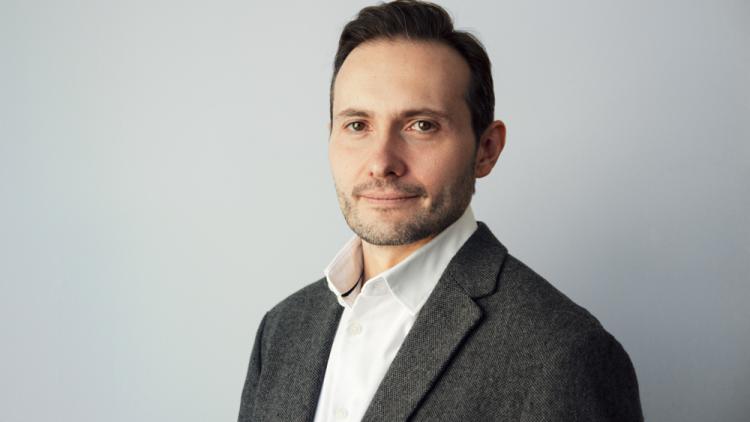 EFFORTEL: THE VIRTUAL FUTURE OF MOBILE COMMUNICATIONS
Virtual mobile communications are bound to gain more space in our lives and Effortel is among the pioneers in the field. 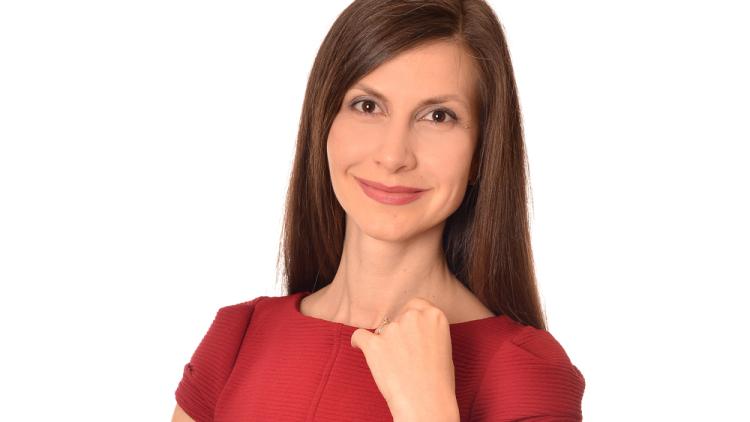 HOW THRIVE: A NEW LEVEL OF SELF-AWARENESS
Deni Andonova is the founder of the Holistic Academy, the How ThriveTM project and the Thriving Bulgaria Foundation for mental heath and wellness. 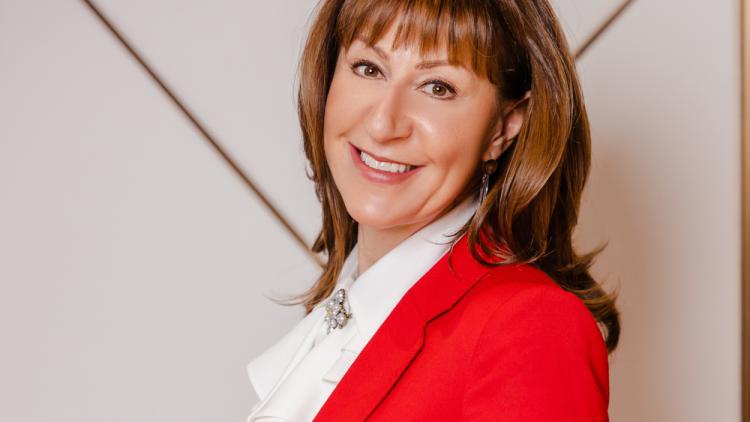 INTERPARTNERS GROUP: THE POWER TO GROW AND INSPIRE CHANGE
In 1992, Interpartners Group appeared on the Bulgarian market as a communication company. Thirty years later, it is a leading independent group and owner of 3 brands. 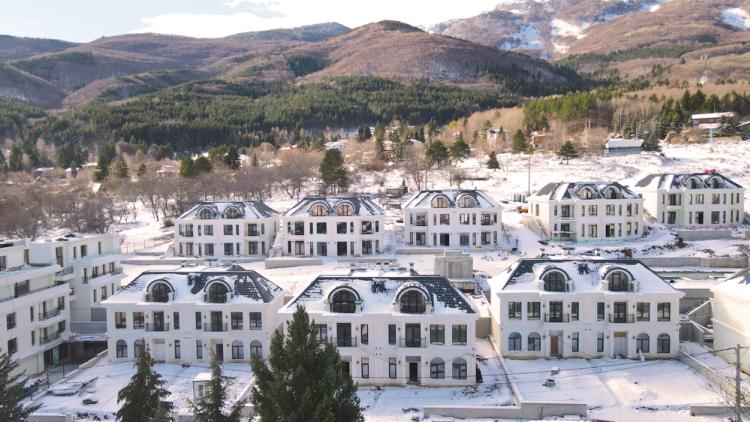 BEVERLY PARK BY PRIME DEVELOPMENTS INTERNATIONAL: WHEN YOUR HOME IS A REFLECTION OF YOUR STYLE
Located in Dragalevtsi, one of Sofia's elite neighbourhoods, Beverly Park is an exclusive gated development. 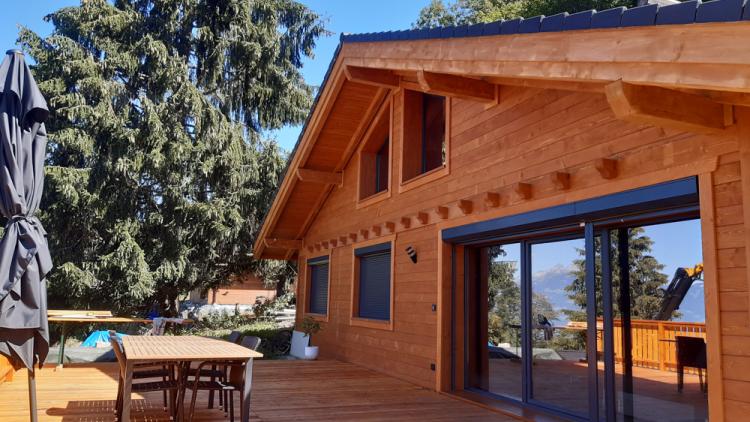 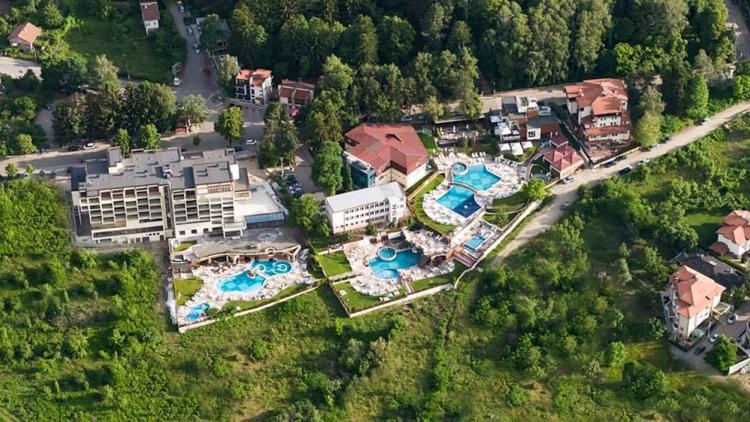 THE FIVE ELEMENTS HOTEL: REDEFINING THE SPA EXPERIENCE
When you crave an exquisite experience that combines the healing properties of hot mineral water, the fresh air of Bulgarian mountains and the comfort of a place designed to meet all requirements for modern luxury living, The Five Elements Hotel is the plac 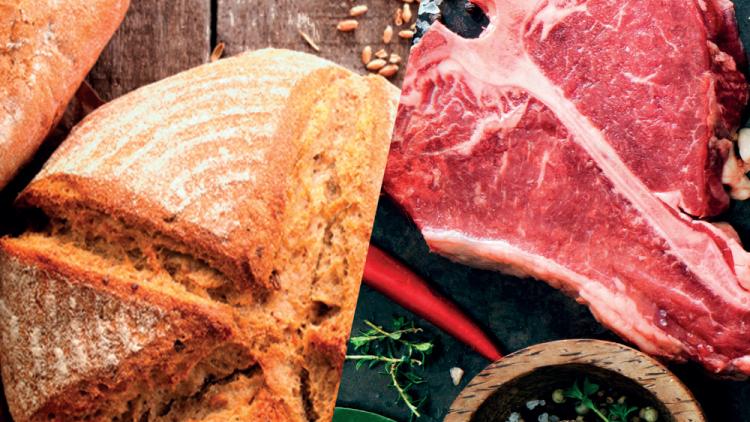 METRO BULGARIA RENOVATES KEY DEPARTMENTS IN THE STORE
Shopping at specialised stores is gaining popularity among Bulgarian consumers driven by demand for high quality, products of proven origin and a rich selection. 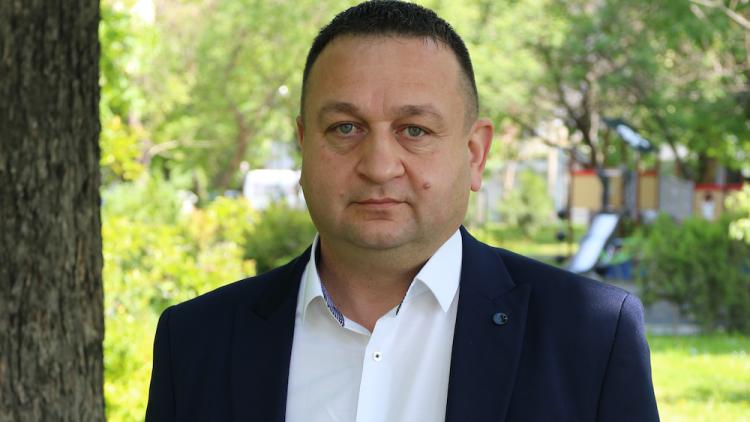 SPOTINS.BG: RELIABLE AND WORKING DIGITAL INSURANCE
You have an unplanned trip abroad. You decide at the last minute to go skiing. You suddenly discover that your car liability insurance is ending. The lack of coverage for all these situations, and many more, can be elegantly solved. 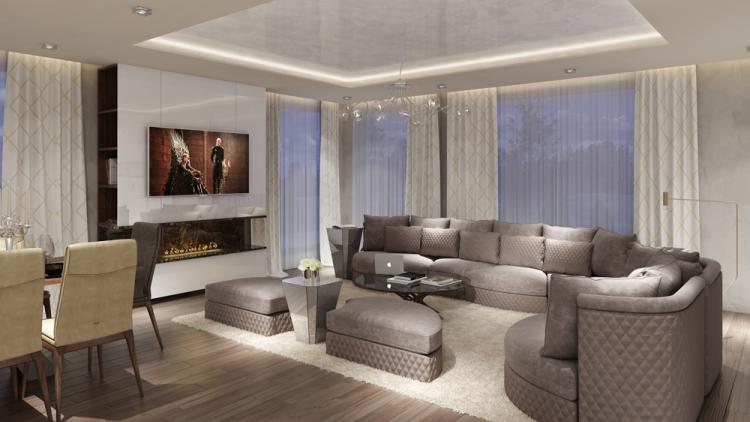 GERG STUDIO FOR INTERIOR DESIGN AND DECORATION: WE CREATE SPACES THAT ARE FULL WITH LIFE
For us, design is the happiness to make your home, office and public space beautiful and cosy. 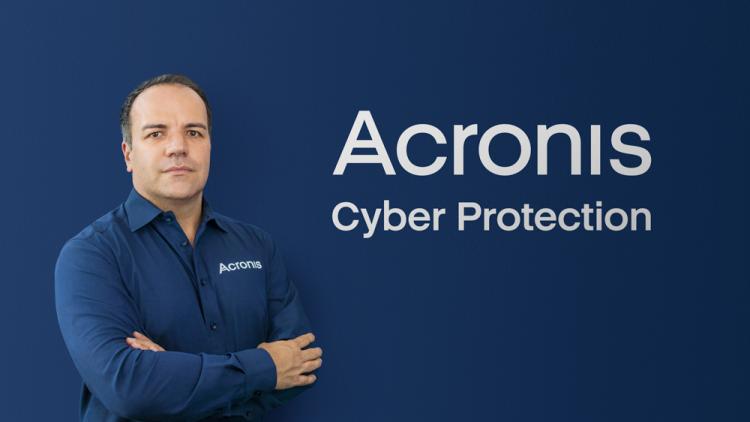 ACRONIS AT THE FOREFRONT OF GLOBAL CYBER PROTECTION
In turbulent times when the future of the global economy and life seems uncertain, reading the annual recapitulation of Acronis, a world leader in integrated cyber protection solutions, brings calm and inspiration.

THE FIVE ELEMENTS HOTEL: REDEFINING THE SPA EXPERIENCE
THE OCEAN RACE TEAMS UP WITH ACRONIS
LIGNA AND ITS MISSION REBRAND BULGARIA
TOP 10 SPIRITUAL VORTEXES IN BULGARIA
Issue 171-172
WHO WERE CYRIL AND METHODIUS?
Issue 163
WHO WAS KRALI MARKO?
Issue 127
LOVECH
Issue 138
FUTURE IS NOW
Issue 118
GANG BANG
Issue 19
THE CHALGA WAY OF LIFE
Issue 32
BURGAS THAT WAS
Issue 130
TOP 10 TECHNIQUES TO INFURIATE YOUR BULGARIAN FRIENDS
Issue 91 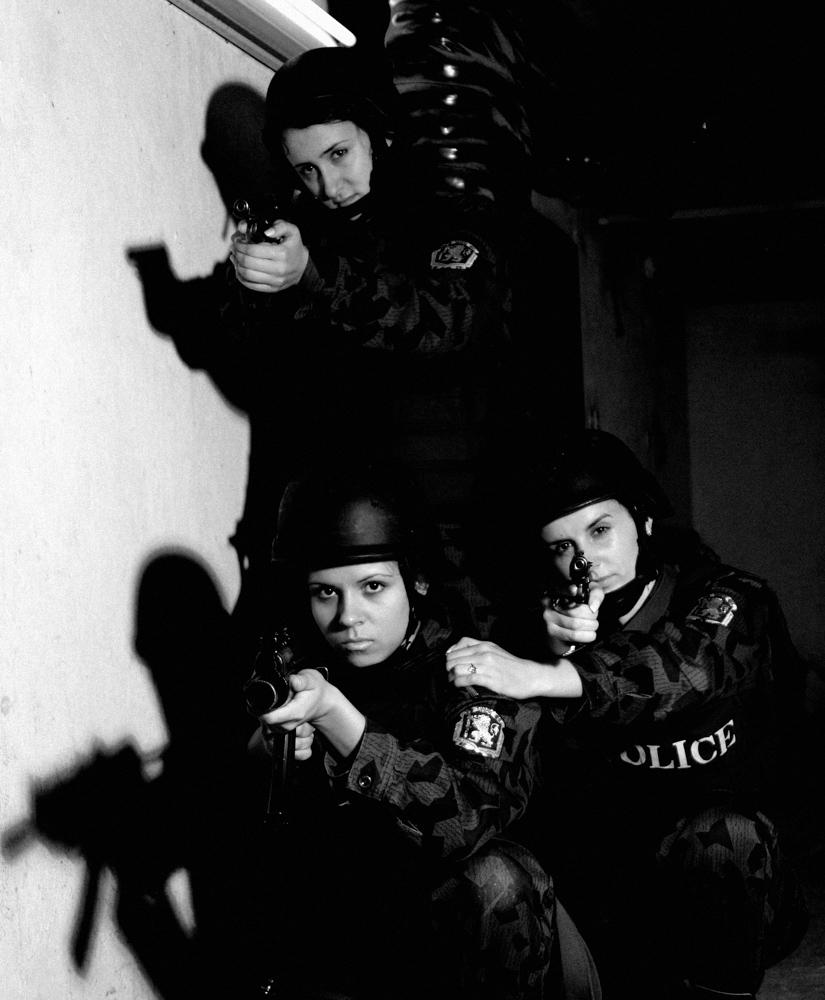