During most of the Second World War, Bulgaria and the United States were enemies. In 1943-1944 Allied aircrafts bombed major Bulgarian cities. The Bulgarian air forces shot some of these down, and their crews were sent to a designated POW camp near Shumen, in northeastern Bulgaria. In September 1944, when it was already clear that Nazi Germany and its Bulgarians allies would lose the war, then Bulgarian government ordered the closure of the POW camp. Seventy-five years ago, on the evening of 8 September, all 327 POWs, mostly US and British airmen, were freed and sent on a special train to Turkey.

Not all crew members of the fallen Allied planes survived to reach the camp. The fate of one of them remained a mystery for decades and found its final resolution as late as the 2010s.

On 28 June 1944, a USAAF B-24H bomber with the number S/N 42-52701 was returning with heavy damage from bombing the Titan Oil Refinery at Bucharest, Romania. The 26-year-old pilot, 1st Lt John Dudley Crouchley, was no longer able to keep the plane in the air. He ordered his crew to bail out, but as the autopilot was damaged, he had to stay at the controls. There were ten men onboard. John Crouchley was the only one who did not survive the crash. The others reached ground safe and were then captured and sent to the Shumen POW camp. All survived the war. 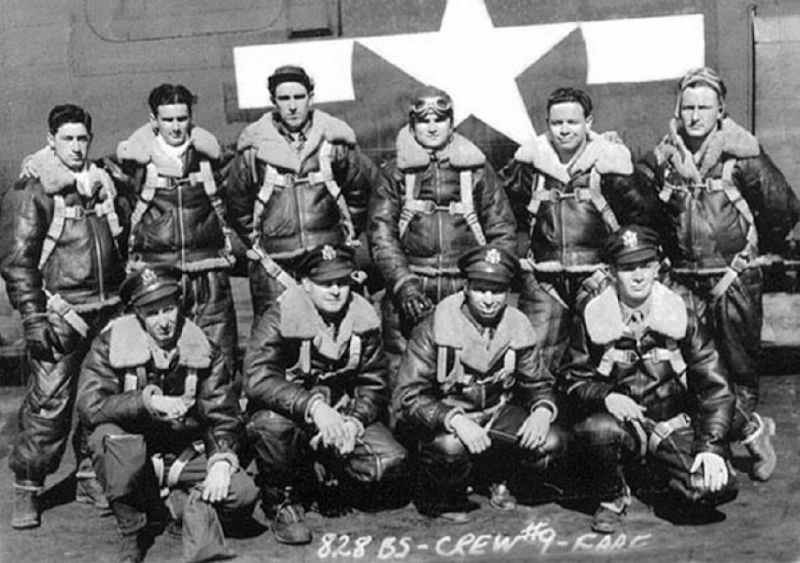 Crouchley's crash was witnessed by villagers in Churen, Plovdiv region, Bulgaria. Although the pilot was technically their enemy, they pulled his remains from the aircraft and gave him a proper burial, putting a cross over his grave.

One year and a day after his plane went down, Lt. Crouchley was declared dead by the US military authorities. When the US Graves Registration Services came to Bulgaria in 1946 to retrieve Americans killed over Bulgaria, his remains were not found. He was listed as missing in action and would remain so for nearly 75 years, his family oblivious of the details of his death and whereabouts.

I stumbled upon the story in 2004, while researching my book Don't Let the Blue Star Turn Gold, an account about American airmen who did not return from bombing missions in Europe. One part of the story did not make sense to me. Official American military records indicated that the plane went down on the outskirts of Bucharest, so why survivors from the crew were imprisoned in Bulgaria? The same year I found on the Internet Bulgarian Professor Stanimir Stanev, a retired colonel who had previously done extensive research on the Shumen camp. Professor Stanev agreed to research the case in the Bulgarian archives. There, he found records about an American plane that had crashed near Churen, Bulgaria, killing his pilot, Lt Krachuli. The name sounded familiar. Could this be the way 1940s Bulgarians would spell Crouchley? 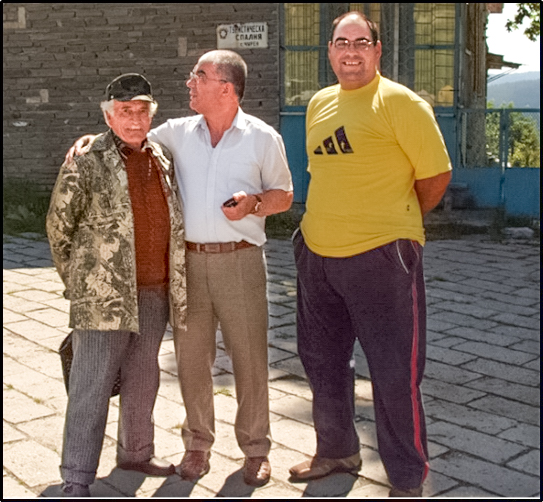 Prof Stanev and I realized that he had found an important lead, but it was far from conclusive and the crash site was yet to be located.

Meanwhile, I was contacted by a nephew of Lt Crouchley, Dan Crouchley, who had also become interested in the case, and exchanged information about the fate of his uncle.

By early 2007, Professor Stanev and his team confirmed that there was a plane crash site near Churen. This provided me with specific information to provide to DPMO, the US Department of Defense agency tasked with the recovery of US military personnel still missing on foreign soil. Two months later, in the summer of 2007, a DPMO team travelled to Bulgaria and met with Stanev, obtaining more specific details regarding the location of the crash. Soon afterwards they found the crash site and confirmed its identity by the serial numbers on a machine gun a local man had found there.

Over the following years Professor Stanev and US Department of Defense personnel made several trips to the crash site. In 2010, Dan Crouchley and his wife, Maureen, were invited by then American Ambassador James Warlick for a ceremony in Sofia honoring the airmen who died in the air war over Bulgaria in the Second World War. They met Stanev and travelled to the crash site with Ambassador Warlick. 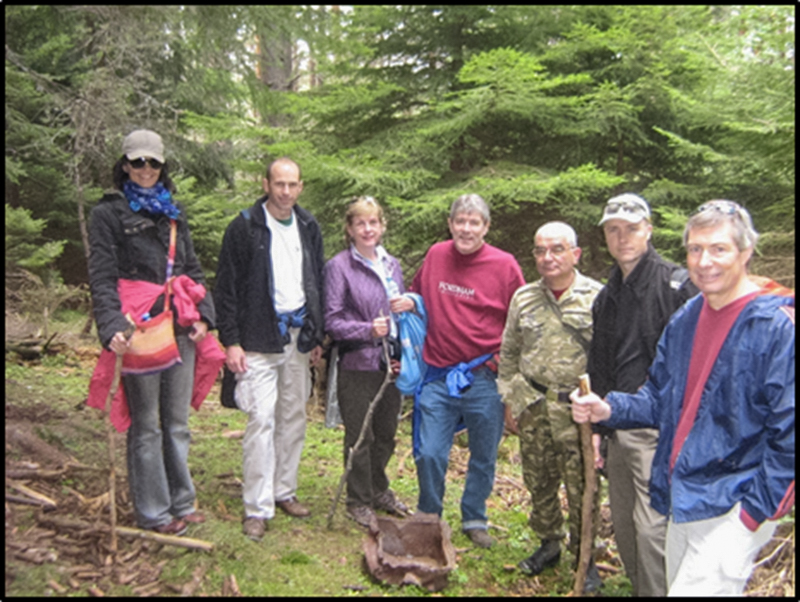 Maureen and Dan Crouchley and Stanimir Stanev (center) visit the crash site in October 2010, together with US Ambassador James Warlick (far right)

In 2010, a local man also got involved in the search for Lt Crouchley. Todor Hristov, the owner of a hotel in Churen, proved crucial for providing support and securing assistance from local authorities.

By 2015, DPMO was replaced by a new organization, DPAA, or Defense POW/MIA Accounting Agency and most of the personnel familiar with the case were gone. A history conference that I organized in Krakow, Poland, together with Polish historian, Szymon Serwatka, played important role in familiarizing the DPAA with Lt Crouchley's story as attending agency personnel heard the presentation by Prof Stanev on the research's development.

In July 2017 a team of 19 DPAA personnel travelled to Bulgaria and spent two months excavating the crash site near Churen. Partial remains were recovered, along with Lt. Crouchley's wedding ring engraved with his and his wife's initials, a crucifix and a pocketknife. The remains were sent to a DNA lab in the US for identification. In September 2018, DPAA notified us that mitochondrial DNA analysis identified the remains as those of Lt Crouchley. 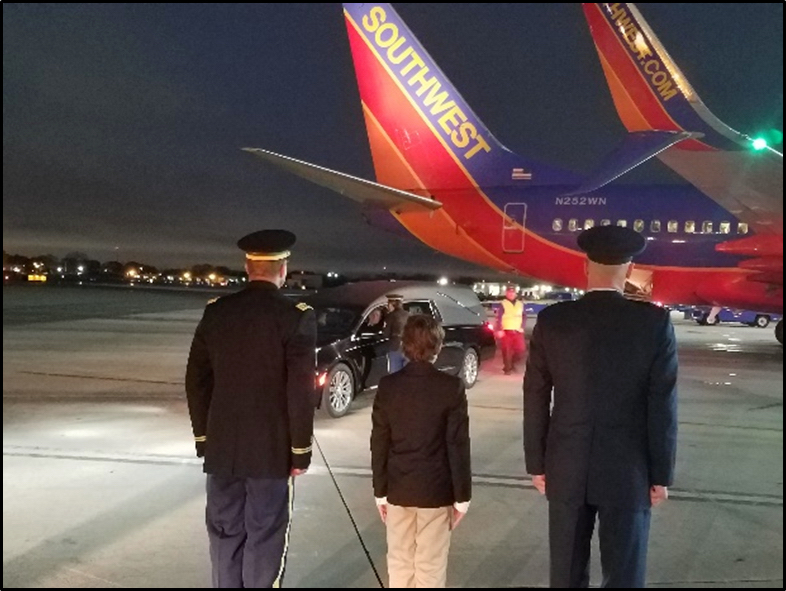 May 2019: Ocean Williams with military officers meeting the plane with remains of his great-grandfather Lt Crouchley

Lt Crouchley returned home to Rhode Island on 2 May 2019. His flag-draped coffin was removed from the plane by an Army Honor Guard, as family members, friends and military personnel stood by in respectful silence. The procession to the funeral home was led by a contingent of police motorcycles. Lt Crouchley was buried on 4 May, with military honors. The ceremony was attended by family members of the crewmen who survived the crash thanks to Lt Crouchley. The military presented to his grandchildren medals earned by him.

In September 2018, DPAA officially thanked Prof Stanev, me and everyone who helped for the recovery of Lt Crouchley's remains. "DPAA is grateful to Colonel Stanimir Stanev, Bulgarian Army, Retired, Jerry Whiting, historian for the 485th Bombardment Group, and the Bulgarian Government for their partnership in this recovery," it said in a press-release. It took the dogged efforts of volunteers on both sides of the Atlantic Ocean and the American government, with the cooperation of the Bulgarian government, to make it happen, but Lt. Crouchley is finally home. 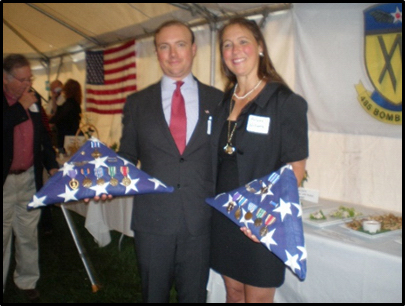 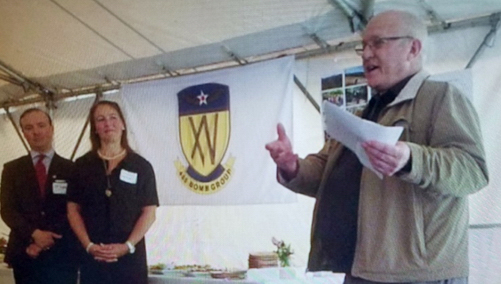 Mark LaScotte, son of member of Crouchley's crew S/Sgt E LaScotte, and coauthor of the book 289 days near Shumen, talking to audience at reception 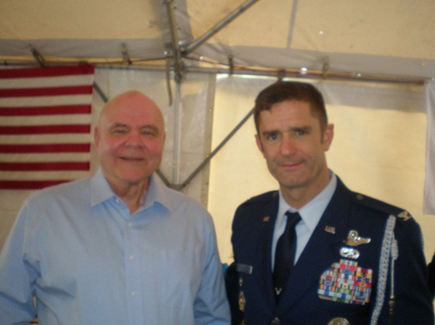 WHO WAS MAGDALINA STANCHEVA?
Walking around Central Sofia is like walking nowhere else, notwithstanding the incredibly uneven pavements.
SCHOLARS AND RADICALS
When a Bulgarian TV crew came to our village in northeastern Bulgaria to shoot a beer advert they wanted British people in the film, so we appeared as ourselves.
WHAT'S YOUR AUNT TO YOUR NEPHEW ANYWAY?
Happy families may be alike, unhappy families may be unhappy in their own way, but in Bulgaria all these come with a twist: a plethora of hard-to-pronounce names for every maternal and paternal aunt, uncle and in-law that can possibly exist.