NOT A BUYERS' MARKET 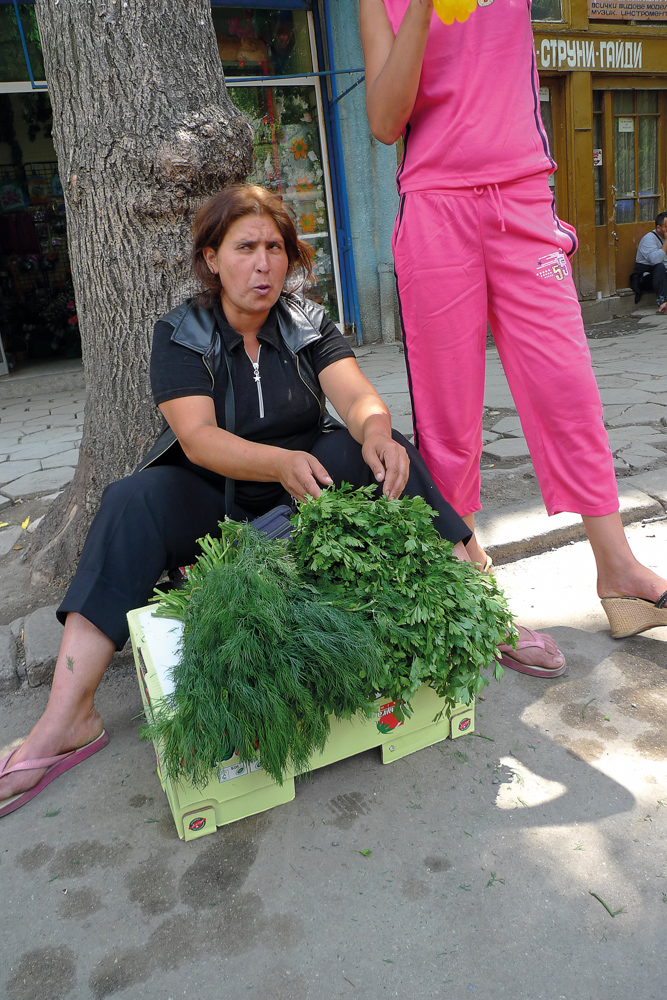 It has become a commonplace that street markets represent the cities they are in and indicate their prevailing cultures. London's famous Camden Lock Market, Acton Market and, of course, Portobello Road Market have long become tourist attractions as well as local hangouts, and so have New York's PS 234, Paris's Rue Cler, Madrid's El Rastro and Istanbul's Kapali Carsi.

Full of character and real life, these busy markets are an integral part of local life. They provide a great place to find bargains or to just browse among the wide variety of stalls, while enjoying the exciting atmosphere and local banter.

Even though Bulgaria is a relatively southern European country, on the historical crossroads between East and West – which, one would have hoped, would provide plenty of flavour and southerly attitudes – Sofia falls remarkably short of expectations.

Central Sofia has just three open-air markets: the Roman Wall Market (on Hristo Smirnenski Boulevard in Lozenets. The remnants of the wall are, of course, not Roman but Ottoman), the Graf Ignatiev Market (just beside the Sedmochislenitsi Church) and the Women's Market, which runs from Stefan Stambolov Boulevard down to the Lions' Bridge on Slivnitsa Boulevard.

The Women's Market, which in the past was also called "Grain Market" and "Horse Market," is by far the largest and, I am sorry to say, the worst.

Do not expect any of the charm of Barcelona's La Boqueria, Rome's Campo dei Fiori or Athens's Aephoustou Street in Sofia. What you get here is the worst of postindustrial agricultural produce administered with the worst of post- Communist attitude – meaning greed, lack of kindness and not even a modicum of courtesy.

The first thing that strikes you once you've arrived at the Women's Market is its Third World quality. Elderly men and women, obviously very poor, in search of a kilo of white cheese or a loaf of bread compare prices and count out stotinki to arrogant stall holders who appear unwilling to waste their time on anyone they consider not very well-to-do. They are interspersed with flocks of kids, many of them Roma, who run around totally out of control and throw rotten tomatoes and other foodstuffs at each other. Hygiene is obviously not a Bulgarian byword, regardless of what populist politicians propound as "Bulgarians' proverbial cleanliness." Sellers and buyers alike smoke and throw cigarette butts and sunflower shells at your feet, and many dispose of their out-of-date produce onto the street. Others, however, are not put off by this, and lay out their bread, fish or bunches of parsley directly onto the dusty or muddy asphalt.

Regardless of the pompous signs advertising "world-famous Kyustendil cherries" and "superb Lyubimets watermelons," most of the stuff at the Women's Market is substandard imports from Greece and Turkey. Small wonder, as in the "Fatherland of Tomatoes," some supermarkets sell... German tomatoes.

If, despite all this, you decide to buy something, you should always bear in mind the three golden Women's Market rules.

What you see is not what you get.

You might be fascinated by ruby-red cherries or appetising apricots, but that's window dressing. The reality is that the seller will weigh you out a bag of stuff taken from somewhere at the back of the pile, and its quality will be nowhere near what you saw at the front. Any complaint by you will be roughly ignored.

The Women's Market sellers' ability to give you less than their scales say has become legendary among Sofianites. If you really want a kilo, go to Billa and weigh it out for yourself. At the Women's Market it will just appear to be a kilo. Its real weight will be 800 grams.

Do not expect to buy just an apple or two.

Sellers will never bother to sell you less than a kilo of stuff. Saw that apple you want to take in your hand and sink your teeth into on a hot summer's day? Forget it. You will be brushed aside by a ruffian who will shout to you that he doesn't sell just one apple. Buy a kilo or get lost! NB: In Bulgaria apples and cucumbers are sold by their weight, not by their number.

As you progress down towards Slivnitsa Boulevard, assuming you have abided by all the usual precautions of keeping your wallet and other belongings in a safe place, you might find yourself in need of a public convenience. OK, there is one, and I strongly suspect it was one of David Cerny's inspirations for his "Entropa" art installation in Brussels, that so infuriated the Bulgarian patriotic establishment. I wouldn't want to describe it in detail, but be warned: you will be required to pay for the privilege of using it.

Oh, and the people at the Womens' Market hate being photographed. Nobody has recently wished I was dead until a Gypsy woman selling untaxed cigarettes in front of Ss Cyril and Methodius Church cursed me with all her heart because... I had a camera in my hand: "Die!" she shouted. "They should carry you around in a coffin!" Frankly, there are few places in the world you can expect to get this sort of treatment.