PONDERING OVER MEANING OF LIFE AT TROYAN MONASTERY 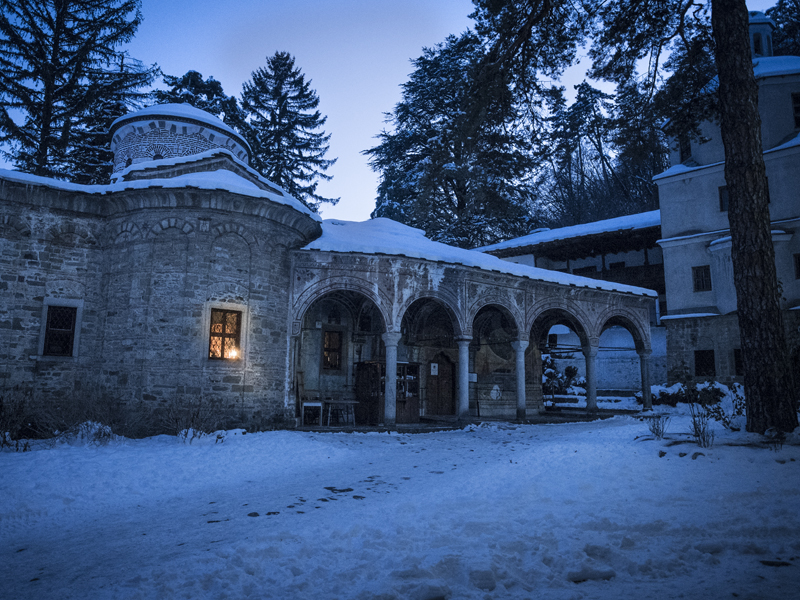 The Assumption of the Holy Mother of Christ church

It is not an opinion, but a fact: the Stara Planina around Troyan is one of the most beautiful parts of the mountain range. Covered with thick forest, the slopes tower above you. Cold rivers flow past quiet villages and hamlets, and the hair-raising road to the Beklemeto Pass winds up, and up, and up, until you reach a bald summit at the height of 1,595m, adorned with a menacing monument called the Arch of Freedom.

It is not only nature that makes this area stand out. The men of Troyan distil a characteristic and tasty variety of rakiya from plums instead of the ubiquitous grapes. The local pottery, with its distinctive multi-coloured patterns, is another source of pride – and a very popular souvenir, used in traditional restaurants across Bulgaria.
Troyan is also a place of spirituality and art, embodied by the Troyan Monastery, the third largest in Bulgaria.

Unlike its two "older brothers," the Rila and Bachkovski monasteries, the one at Troyan does not have medieval origins. The Assumption of the Mother of Christ appeared around 1600, on the banks of the Cherni Osam river, founded by a monk or a pair of monks (legends disagree) who came from the monastic community of Mount Athos.

Soon, pilgrims and monks began to flock to Troyan, attracted by the supposedly miraculous copy of an icon of the Mother of Christ from Mount Athos that is still kept in the monastery. The icon has three silver hands attached to it and, according to lore, was brought here by a monk from Athos on his way to Wallachia. The monk stopped at the then small Troyan monastery, and spent some time there. When he tried to continue his travels, the icon would not let him leave the monastery. Finally, he got the message and and left the icon in Troyan, continuing on to Wallachia empty-handed.

The monastery did well in the centuries that followed the event, although it was attacked at least once by Ottoman brigands. By the first half of the 18th Century it was large and prosperous, and was instrumental in reviving Bulgarian education, as the home of an early elementary school. After 1785, the abbot initiated the complete renovation of the complex, which continued for more than 30 years. The result was the two- and three-storey living quarters that you see today, forming the two inner courtyards of the monastery. 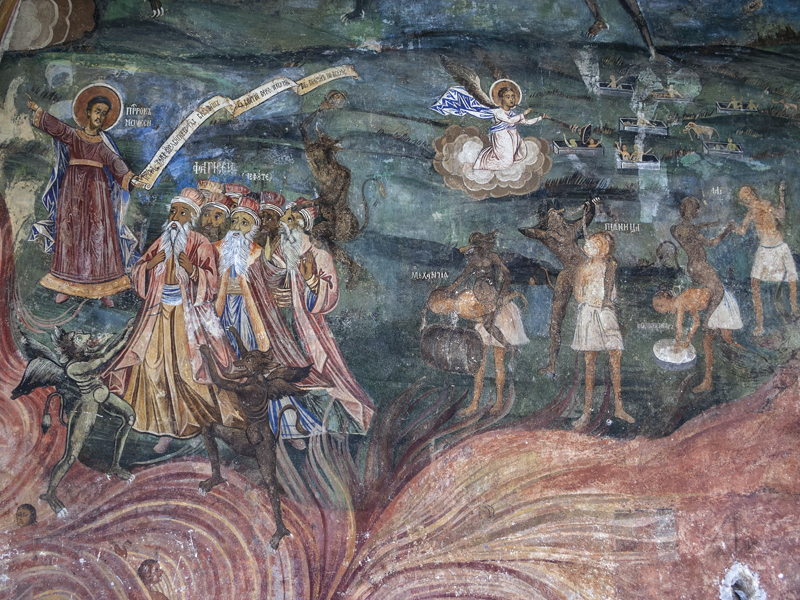 To understand this, you need to know that Bulgarian art at that stage had not progressed from medieval times. The centuries under Ottoman domination and isolation from the West had taken their toll: Bulgarian artists painted solely religious scenes, keeping strictly to the old Byzantine rules of ecclesiastical art. In the first half of the 19th Century, change finally arrived and the Baroque and Rococo trends and styles long out of fashion in the West permeated Bulgarian art. Zahariy Zograf was the man who incorporated this new sensibility most skilfully into the stagnant local art. His frescoes depict not medieval Byzantine saints, but his fellow Bulgarians thinly disguised as Old and New Testaments characters.

The frescoes at Troyan Monastery are one of his masterpieces. Standing out among them is the so-called Wheel of Life. Painted on the northern outside wall of the St Mother of Christ church, it is one of the painter's beloved motifs: an allegory of the course of human life, with the hopes of youth, the ambition and confidence of maturity, and the sorrows of old age, all played out against the never-ending circle of the changing seasons.

Even today, it still grabs the visitor, encouraging them to search out their place on the Wheel of Life, and meditate on philosophical question like time, the purpose of human life, and its fragility, and so on.

It is tempting to say that Zahariy Zograf left his own answer to these questions on the walls of the same church. Inside, on the northern wall, he painted himself. The first self-portrait in Bulgarian art, it is a bold, for those times, statement that broke with medieval anonymity and said to the visitor: death might conquer all, but art still prevails. 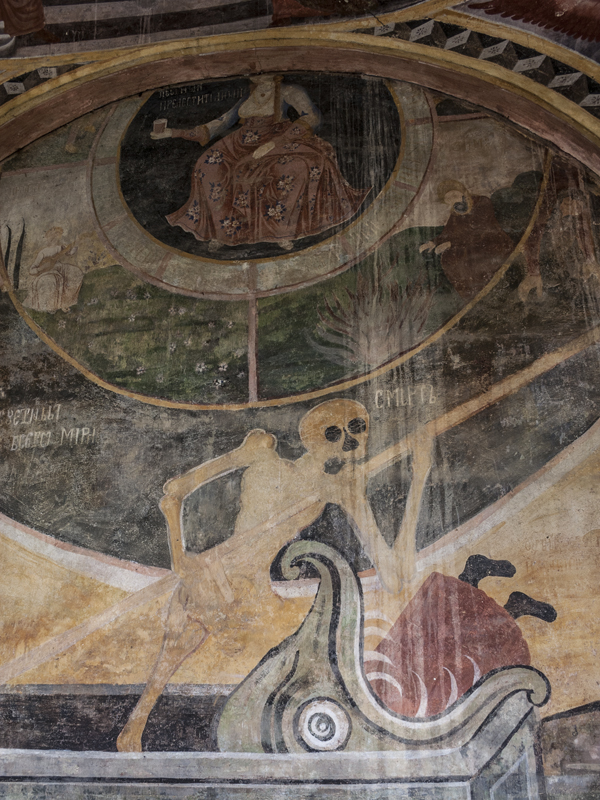 Death takes us all, a detail from the Wheel of Life, by Zahariy Zograf 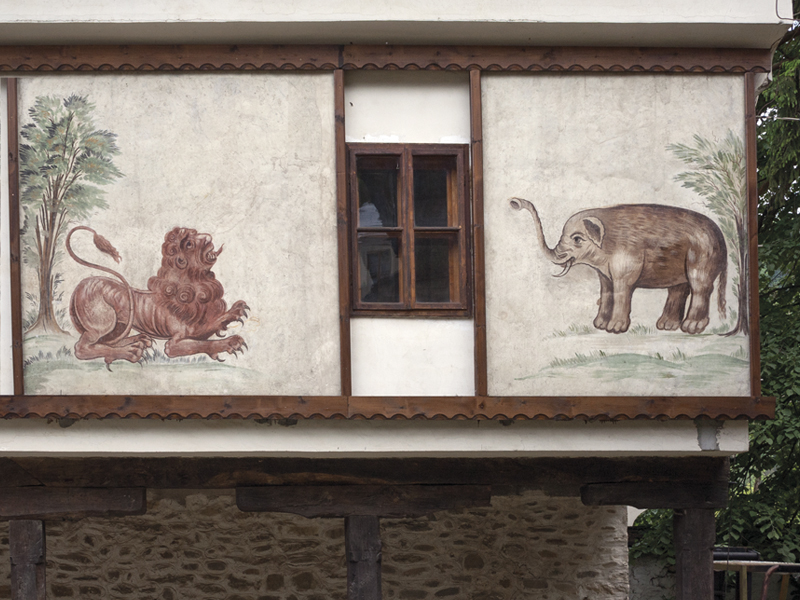 Alternative medicine harms: If you search health care from clairvoyants and magicians, this moralising fresco says, you get, literally, devil's shit 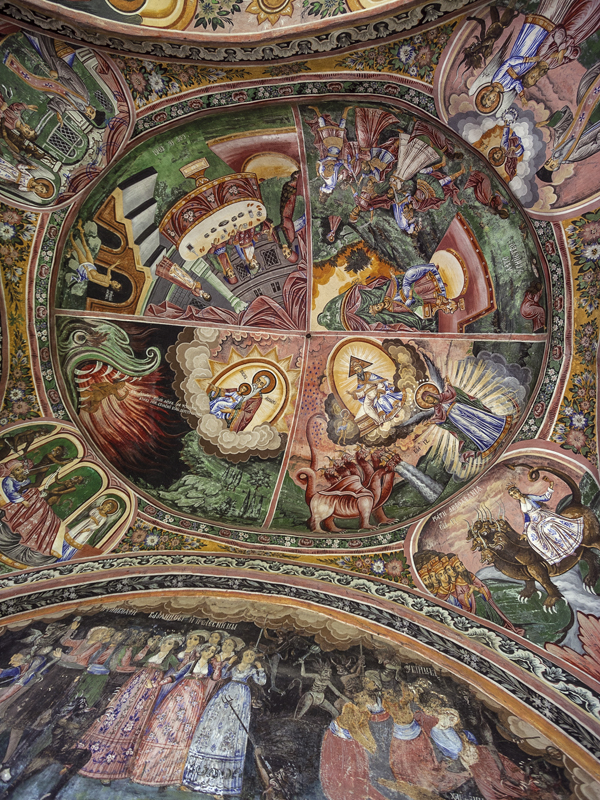 Apocalypse is colourful, in the vibrant frescoes by Zahariy Zograf 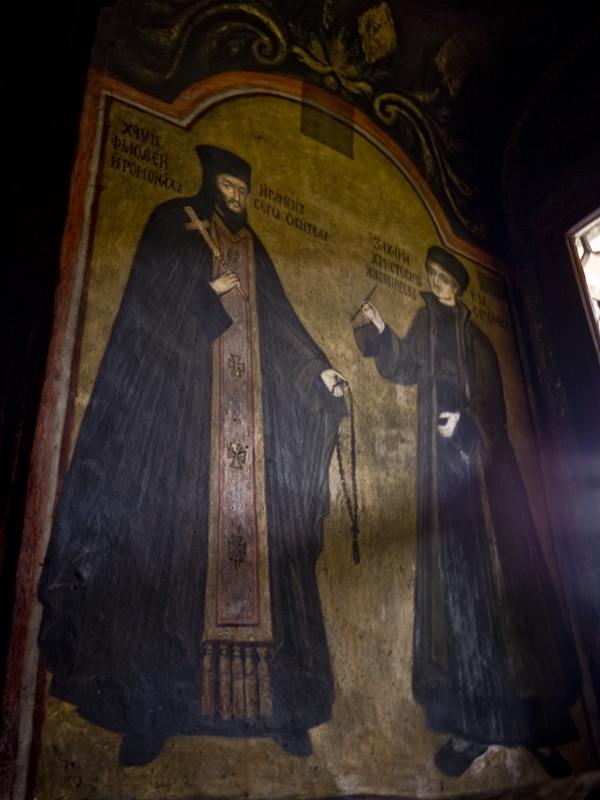 Zahariy Zograf (right) painted his self-portrait in the monastery church, the first in Bulgarian art 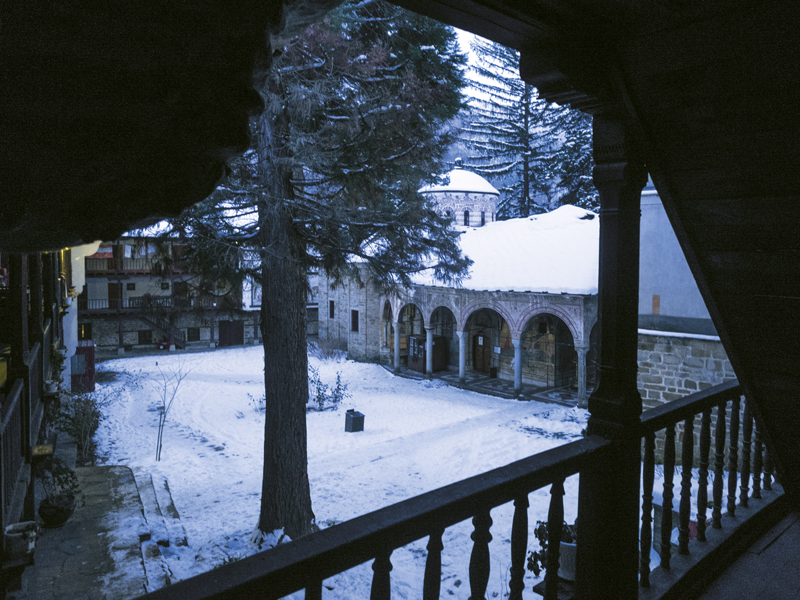