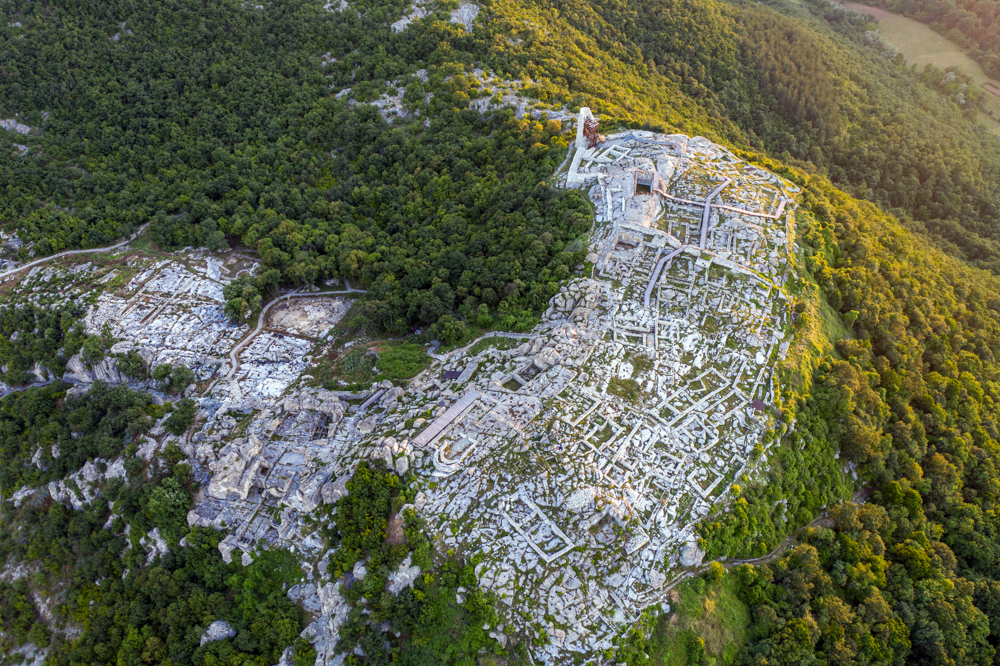 People began to come and pray there in the 6th millennium BC. It was nothing spectacular – they filled the crevices with pottery shards as offerings to the unknown deities or spirits they venerated. And yet, they started a trend. Those first believers disappeared from Perperikon and about 1,000 years passed without a trace of human presence there. However, at the end of the 5th and the beginning of the 4th millennia BC, the hill again began to attract worshippers.

In the 18th-12th centuries BC, ritual activity changed: people started hewing niches, altars and basins. Gradually, they built a whole settlement, complete with a fortified acropolis, a mighty palace and residential quarters. The foundations of the buildings, the ground floors and even the streets and sewage systems were all cut into the rock. 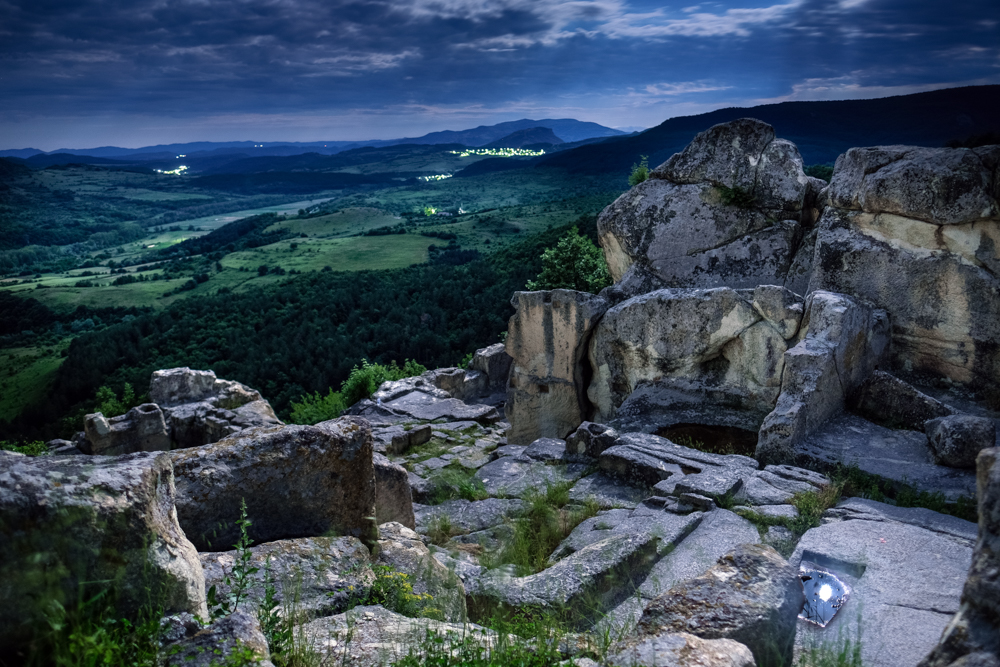 The most impressive building from this stage of Perperikon's existence is known as the Palace, a labyrinthine construction of more than 50 halls and rooms, corridors and covered staircases. It also had a ritual hall with a large circular altar made of rock. There, a supposed throne was hewn of stone, while the rocks all around were covered with oval, rectangular and circular pits. Some of them were sacrificial, others were storage spaces.

Perperikon went into decline in the 4th-1st centuries BC, but when the Romans took over Thrace, activity resumed and new buildings adorned the hill. The fortifications on the acropolis were reinforced.

The ancient glory of Perperikon and the evidence that it was a significant religious site has led some historians and archaeologists to speculate that the rock city was where the famed Oracle of Dionysus was located. According to ancient accounts, the shrine of the God of wine and divine madness was immensely popular and predicted the glorious future of both Alexander the Great and the Emperor Augustus. However, ancient accounts are ambiguous on the oracle's exact location.

No matter whether Perperikon was the home of the Oracle of Dionysus or not, it was still a religious centre of such importance that Christianity simply took it over when it arrived. The adherents to the new faith moved into the empty temples of the old one, and Perperikon became the stronghold of local bishops.

The remains of an early Christian basilica are now clearly visible in Perperikon. Close to it are the ghostly remains of a monastic necropolis with graves cut into the bedrock.

Life at Perperikon all came to an end in 1362, when the Ottomans invaded and the rock city was abandoned for good. Nature soon swallowed up the remains of the churches and the Thracian shrines.

The site was rediscovered by archaeologists in 1979-1982, but Perperikon only became a household name in the early 2000s, when excavations re-started and the hypothesis that it was the Oracle of Dionysus was promoted as an established fact.

Archaeological research on the hill continues to this day and there is hardly a summer without some discovery announced and happily promoted by the media. Interest is growing, with visitor numbers counted in the thousands. Still, the information on the official site is outdated and the tourist infrastructure is hardly sufficient.

As research continues, Perperikon's appearance changes with each archaeological season