Incredible places in Greece to spread your beach towel 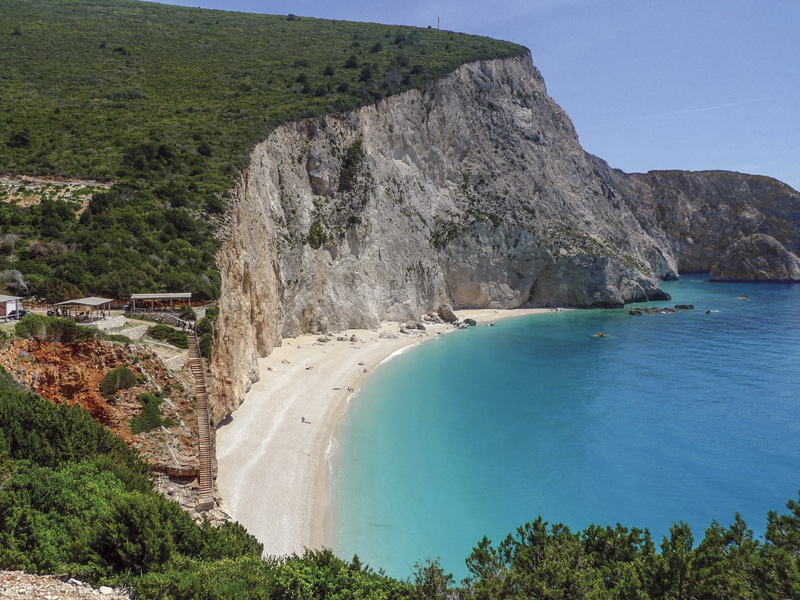 In Greece, the beaches are so many and diverse, that the sheer idea to single out only five of them sounds like a recipe for disaster. Especially if you are the sort of person who has happened to travel in Greece, dividing your attention between the narrow winding road and the golden beaches in coves which appear and disappear with each bend. And yet, some of Greece's beaches deserve special attention. We offer you some of them, in an incredibly subjective selection.

Porto Katsiki Beach, Lefkada
To visit Lefkada island and miss Porto Katsiki Beach is the same as going to Jerusalem and skipping the Church of the Holy Sepulchre. Situated at the southwestern corner of the island, this emblematic beach has earn its name – the Goat's Port – because of the steep, covered with low vegetation slopes which protect it. Only goats could climb them. The tourists, however, use the good wooden stairs to reach the beach, which is covered with snow white pebbles. The water is crystal clear, and blue, and makes you lose account of the time – or of the distance to the bottom. 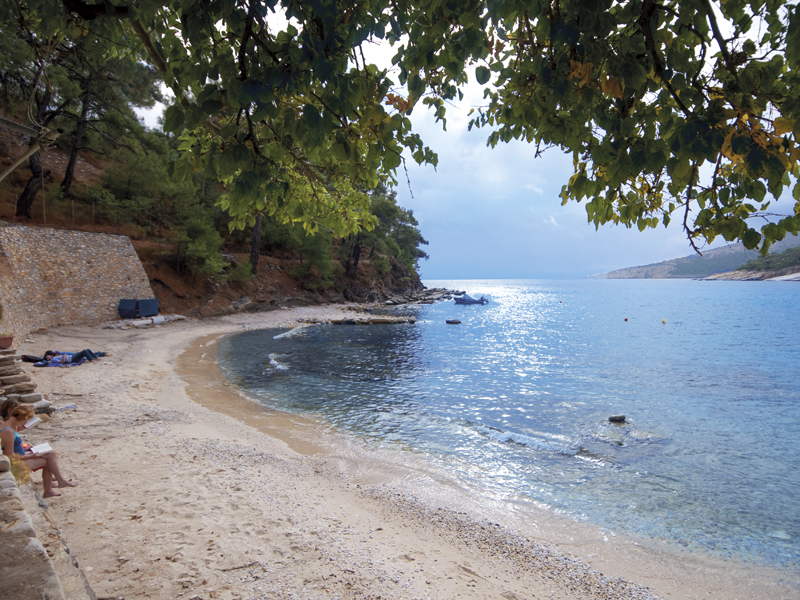 One of the most loved beaches among the Bulgarians who spend their summer vacation in Greece, and not only because it is close, on Thassos island. Aliki is a place where nature, ancient history and fine food meet in a unique Greek manner. The beach is in a cove on the southeastern coast of the island, and is surrounded by low hills and several pleasant taverns. The water is clear, calm and inviting to swim until you reach the horizon, and a few meters away, under the Greek sun, sleep some ancient ruins.

Keros Beach, Limnos
Crystal waters, endless sands, almost no other people to bother you and all the calmness in the world to recharge your energy: and when you add the opportunity to stay in a 5-star tent, you begin to understand what makes Keros a special beach. 5-kilometre long, Keros is swept by the gusts of the meltemi wind and offers a variety of conditions for surfing regardless of your skills. In addition, the Limnos island where the beach is situated, abounds with other fine beaches, idyllic villages, archaeological sites, nature reserves – the perfect place for a summer vacation. 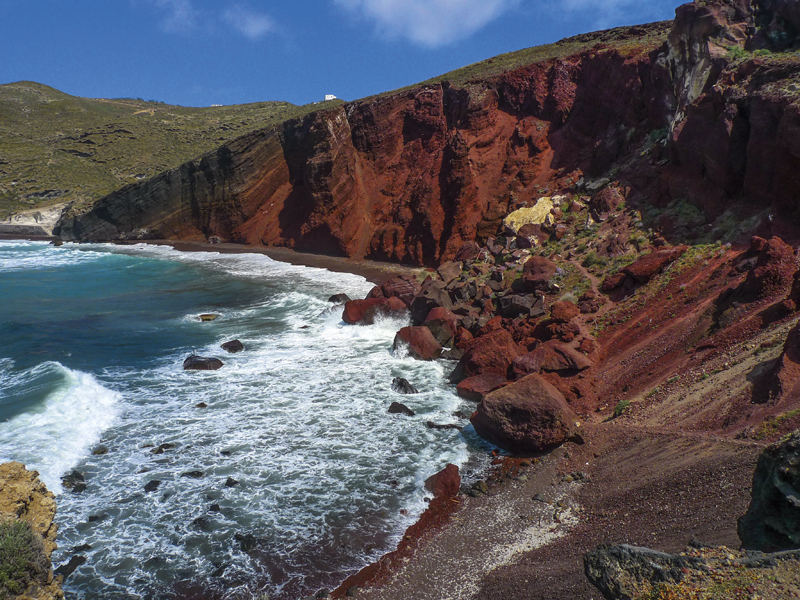 Santorini island is a champion in the category for extremely beautiful beaches, and if this sounds good for you, the Red Beach near the Akrotiri archaeological site is the best choice. Born, like the island itself, by the endless activity of the Thira volcano, the beach have acquired its signatory red colour from the high content of iron in the local rocks, and its topography – from nature catastrophies. The beach is narrow and to reach it, you need to climb – but all the efforts are well deserved. 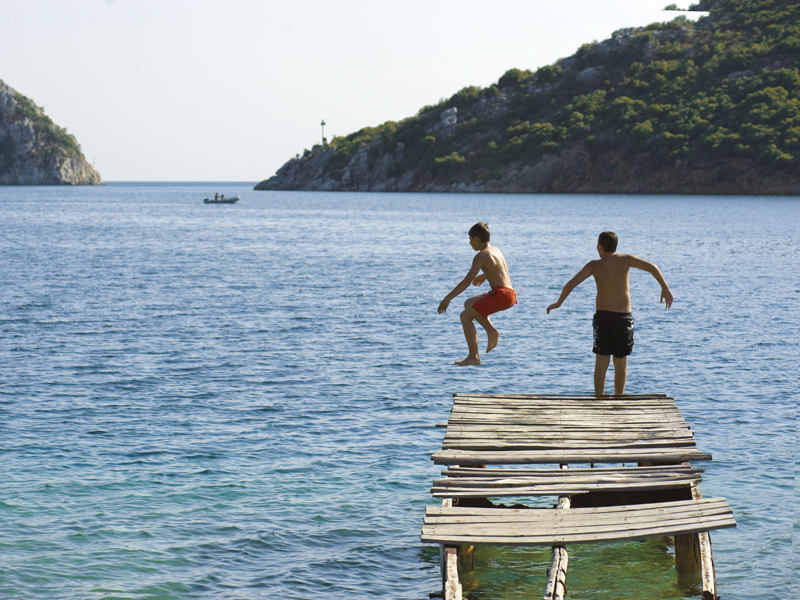 Porto Koufo, in the southwestern part of Sithonia, the second "finger" of Chalkidiki peninsula, is a true curiosity. The beach is at the bottom of a bay whose entrance is so narrow and guarded by high cliffs, that from it the sea is neither seen, nor heard. It feels like standing by a mountain lake. This is the reason for the bay's name – in Greek koufo means deaf. They say, that during the Second World War Nazis submarines used to hide here from the ships of the Allies.