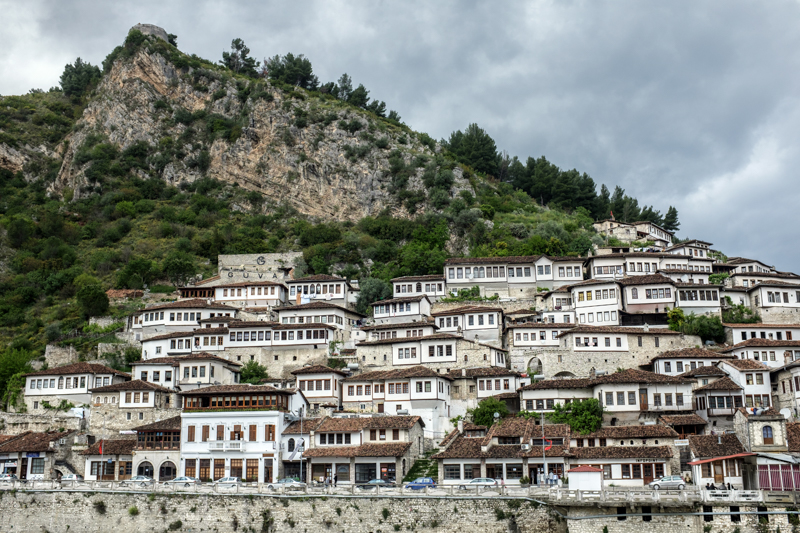 For millennia, Albania was a country impenetrable to outsiders. Guarded by steep and menacing mountains, it allowed Romans and Byzantines, Venetians and Ottomans, Fascist Italians and Nazi Germans to colonise and properly rule only its thin strip of coast and a handful of cities. The rest of the country, hidden behind rising peaks crisscrossed by narrow and dangerous roads, remained isolated, independent, ruled by its own tribes and codes. Communist dictator Enver Hoxha brought his country's isolation to a whole new level. He turned Albania into an open-air prison protected not only by its fantastic geography but also by thousands of bunkers scattered all over and meant to hold each Albanian in case anyone from the outside attacked.

Today, after an uneasy democratisation process in the 1990s and the 2000s, Albania is open to foreigners. Foreigners do come, lured not only by business prospects but also by this country's aura of seclusion and mystery. What they get is genuinely hospitable people, magnificent mountains, a pristine sea coast, historical sites and an eclectic mixture of ancient, Ottoman and Communist heritage. The interest is growing. Even run-of-the-mill Bulgarian tour companies now offer "Discover Albania" itineraries. So it is best to visit before Albania becomes the next big thing on the tourist market.

The capital Tirana is the obvious start for every traveller in Albania. It is also the place that easily epitomises what the country used to be – and what it is today. 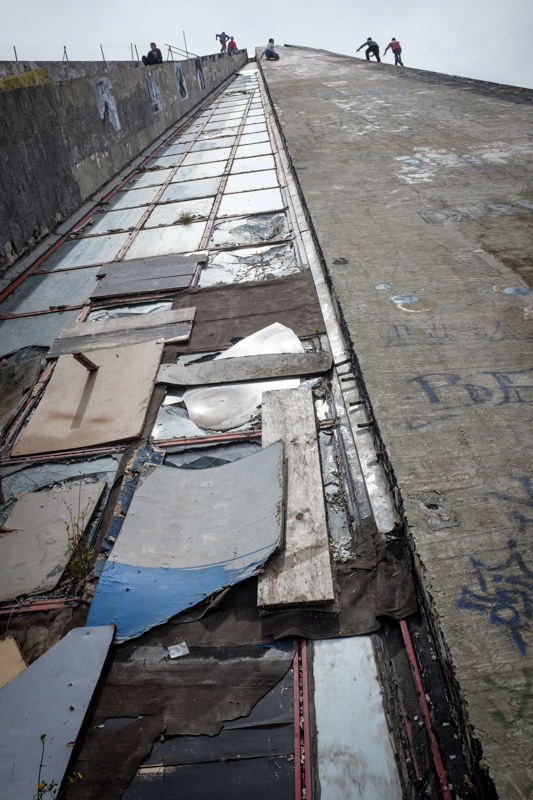 Enver Hoxha's megalomaniacal desire to erase all things old and to replace them with his peculiar Communist lifestyle has decimated Tirana's Ottoman heritage. A number of interwar Italian-designed buildings, however, survive by the spacious boulevards. Most of the Communist buildings are drab prefabricated blocks of apartments, painted in hysterical colours in the 2000s when the city was run by an artist who liked, well, hysterical colours. The most impressive buildings of the times of Hoxha include the National History Museum with its mural of Communist Albania leading her people to a bright future, the sombre Council of Ministers and the glass-and-concrete pyramid that used to be a museum dedicated to Hoxha after his death. Flashy and mostly tasteless new construction sprouts all over the place. The most enjoyable part of the city is Blloku: a neighbourhood of elegant interwar villas that under Communism were a strictly guarded living compound for party functionaries, including Xoxha. It is now the "in" place to wine, dine and stroll the bars.

As you approach Blloku, take in the telltale bunker by the road. It used to be one of the outposts to mark the boundary of the no-go area for ordinary Albanias. It is now turned into an art installation, a sombre reminder of the times when the Communist elite lived in opulence on one side of the road while the citizens of Tirana starved on the other.

Outside Tirana, Albania becomes even more intriguing, with its centuries-old heritage taking over the new developments. Krujë, a short drive out of Tirana, is a good introduction to this country's past. In the 12th century it was the first capital of mediaeval Albania, and in the 15th century it was the seat of this nation's most glorious man: Gjergj Kastrioti Skanderbeg. A man who never shied of taking action (or of changing religion if it suited his goals), he repelled many Ottoman incursions into Albania. This granted him the status of a national hero and a statue on Tirana's main venue, Skanderbeg Square. 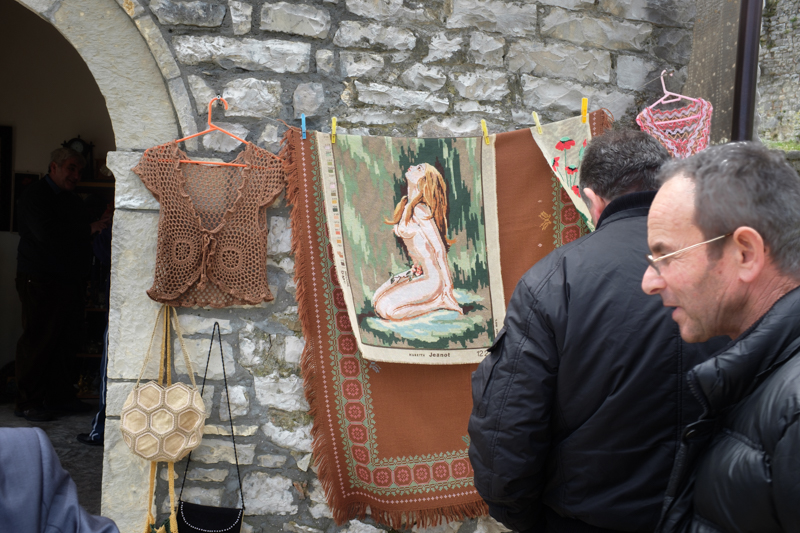 Traditional and not that traditional crafts at the market in Albania's first capital, Krujë

Today his stronghold is partially restored. At its feet the traditional houses of the Ottoman Krujë still spread, now turned to restaurants and shops for local crafts like rugs, silver, copper and filigree objects, and antiques.

Albania has several towns with preserved old cityscapes, like Shkodër in the north and Gjirokastër in the south. Berat, in central Albania, is one of the most inspiring, and it is relatively close to Tirana.
Spread on a meander of the Osum River, Berat claims ancient history: the roots of its name are of Bulgarian origin. The city's defining feature, however, is its Ottoman-era houses scattered on a high-rise river bank. This accumulation of whitewashed façades has won Berat the moniker City of a Thousand Windows. It accounts for why Berat is an UNESCO World Heritage site.

Enver Hoxha liked Berat, too, and had a residence there.

A trip to Albania is not complete without a visit to the Adriatic coast. The big seashore cities like Durrës and Vlorë are already overdeveloped and will hardly move your heart, but the coast between Vlorë and Sarandë is deliciously wild. It is a line of steep mountains and deep waters, intercepted by scattered small communities still inhabited by local Greeks. At this part of the coast, Albania is at its best: tranquil, less explored, unashamedly beautiful, hospitable. The only thing reminding that until not that long ago this country was as isolated as North Korea, are the old Communist bunkers that crumble among the pristine landscape. Oh, and the long-disused naval base that used to hold this country's submarine, a present from the USSR before Hoxha fell out with Khrushchev whom he thought was not sufficiently Communist. 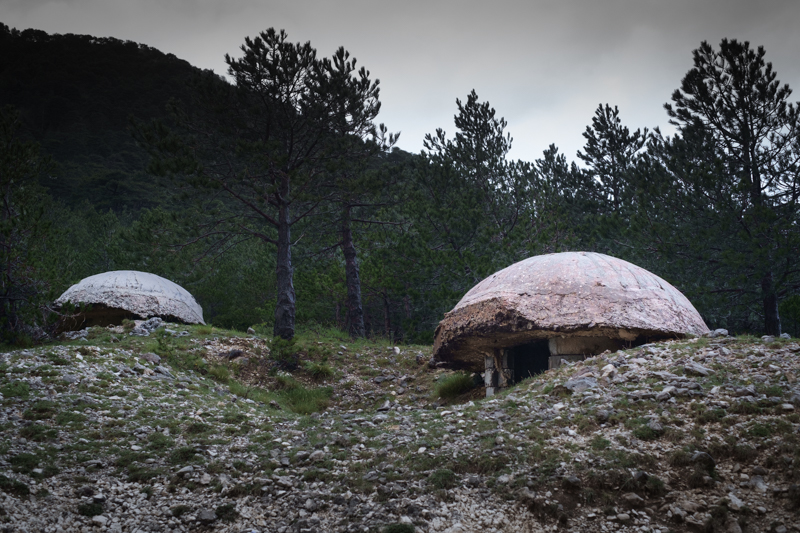 Hundreds of thousands of bunkers still dot even the most pristine locations in Albania. According to Enver Hoxha's strategy, during an enemy attack every Albanian would hide in his personal bunker and would fight to last drop of blood 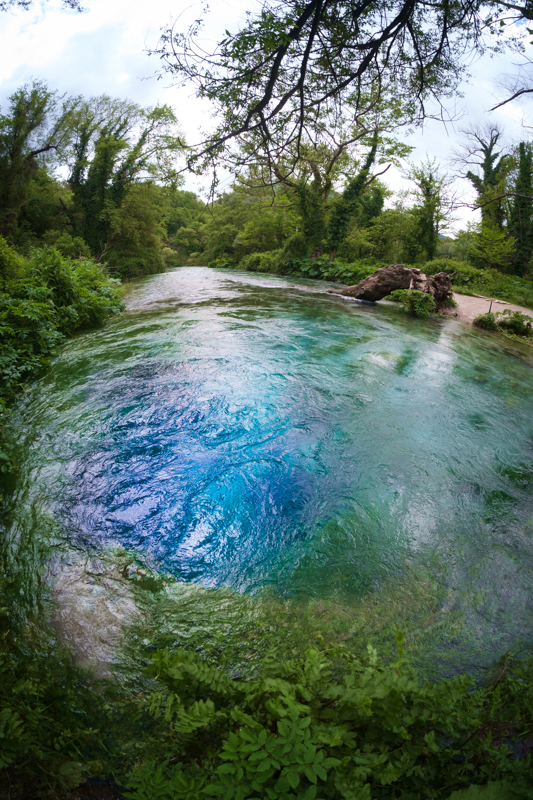 The Blue Eye karst spring near Vlorë is narrow but is at least 50 m deep: divers are yet to explore the intricate caverns beneath. Under Communism, Enver Hoxha used to have a villa nearby