FROM VENDETTAS TO HEAVEN 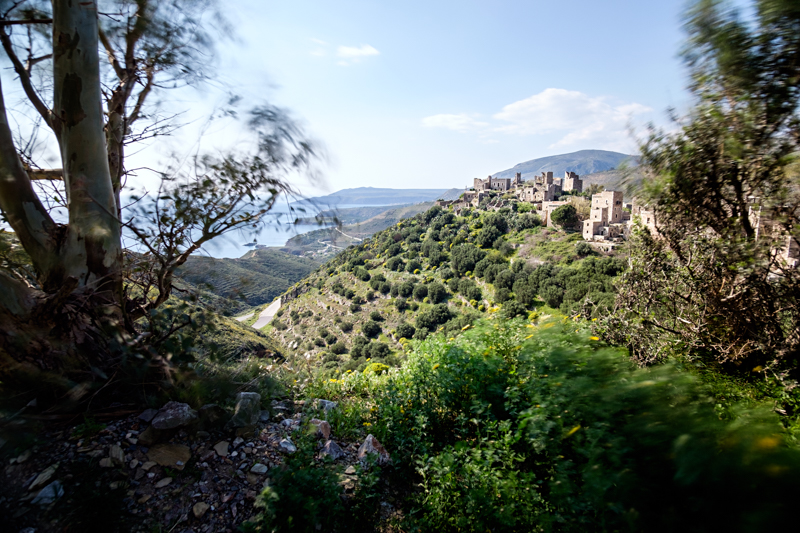 Bees are buzzing around the dragon flowers sprouting from the stone walls of a three-storey tower. Old and weathered, the tower rises amid quiet lanes scorched by the sun. A couple of elderly men are eyeing us from the shadows of the nearby tavern.

"Einai para poli orea," we answer. Indeed, the tower is beautiful. There are several more around, remains from the days when exploring the Mani, the middle leg of the Peloponnese Peninsula, was not that easy.

In the mid-19th century, the towers that still dot the rugged terrain of the Mani were inhabited by the Nykliani clans. The Nykliani engaged in long and merciless blood feuds. To protect their kin, they built their houses as fortified towers of several floors, with strong walls and tiny windows. When a feud erupted, all activities around would come to a halt. The combatants would withdraw, each to their respective tower, guns at the ready. Their neighbours would keep a low profile. Travellers would be advised not to enter the village. This could last for days, months, even years, claiming lives on both sides.

By the mid-1950s, the Mani had left behind its infamous blood feuds, but it remained extremely difficult for travellers to penetrate. Few roads existed, and there was supposedly nothing much to see. Patrick Leigh Fermor, who wrote his mesmerising The Mani travelogue-cum-memoir, mostly hiked during his stay there: there were hardly any other options.

For millennia, the Mani has been a place that few could or dared to enter. Guarded by the precipitous Taygetus mountain and by its rocky shores, the region was an isolated spot where ancient and primitive traditions lingered for centuries after they had been forgotten elsewhere, and wild, fiercely independent people lived. The Mani, quite naturally, was also a haven for refugees, rebels and pirates, who refused to bow to civil authority and thought of living amid the barren, arid slopes not as a hardship, but as a badge of honour.

In spite of its forbidding topography, the Mani has enough pleasant coves and beaches

The Maniot mindset is millennia old. In Antiquity, the region was the home of the Spartans, still famous for their bravery and, well, Spartan lifestyle. When the Crusaders took Constantinople, in 1204, and stormed over the Byzantine lands, Mani remained unconquered. This also happened after Constantinople fell to the Ottomans, in 1453. A number of Byzantine aristocrats took refuge in the Mani, founding the Nykliani clans – and their feuds. Although the Mani was within the confines of the Ottoman Empire, no sane Ottoman would enter it.

The Mani persevered in its fierce independence even when modern Greece came into being, in the 1830s. As soon as independent Greece was born, Maniots assassinated its first president, Ioannis Kapodistrias, because he ordered the arrest of their leader, the famed rebel Petrobey Mavromichalis. The strife between the government and the Mani continued for the best part of the century. The last clan war ended in 1870, after the Greek army intervened.

Today, the roads to the Mani are open, although their precipitous bends and loops remain a challenge. Its sun drenched soil is as barren as ever, yet travellers no longer need to subsist on prickly pear fruit, as in the times of Patrick Leigh Fermor. There is some tourist development, but nothing on the scale you see elsewhere in Greece. The towers of the Nykliani are now empty, and so are many of the old stone houses.

This, together with the rugged terrain, the blue coves and the remains of an ancient oracle to the dead and a cave believed to be an entrance to the underworld, on Cape Tenaro, bring to the Mani the aura of a place that still lags behind the modern world.

Many of the old Maniotic houses are now abandoned

Your Mani itinerary should include the grey stone villages of Vathia and Kytha, and the old town of Kardamili for their towers. Less visited, the village of Aghios Kyprianos has a maze of abandoned old houses in different stages of disintegration. The Diros Caves near Itylio are the Mani's most popular tourist site. A boat brings you inside sunken limestone caverns. Seafront tavernas tend to be more touristy, but inland it gets better. Githio, on the east shore and out of the wildest part of the peninsula (called for a reason the Deep Mani) is both picturesque and has more options for eating and accommodation. Staying there, however, means longer drives on the slow mountain roads.

Before, during and after visiting, do read Patrick Leigh Fermor's excellent The Mani for its informed and inspired prose. Tellingly, Fermor settled there. His house in Kardamili is now a museum. 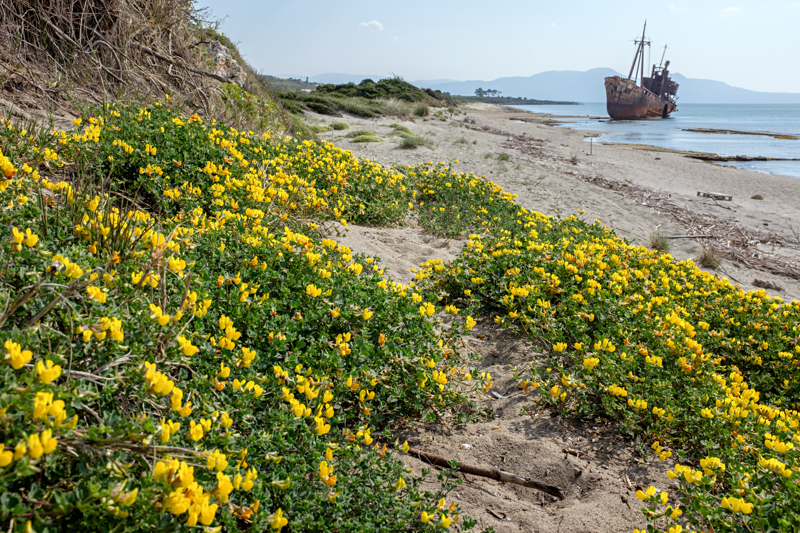 The famed Dimitrios Shipwreck by Gythio. How and why did she end up here in 1981 remains unclear. Theories include a cover-up for cigarette smuggling, an effort for claiming insurance money, or simply ghosts

Organised tourism is yet to discover the Mani. For now, the region's old-time atmosphere is largely intact