Vinnytsia has a name whose pronunciation baffles foreign tourists, if there are any 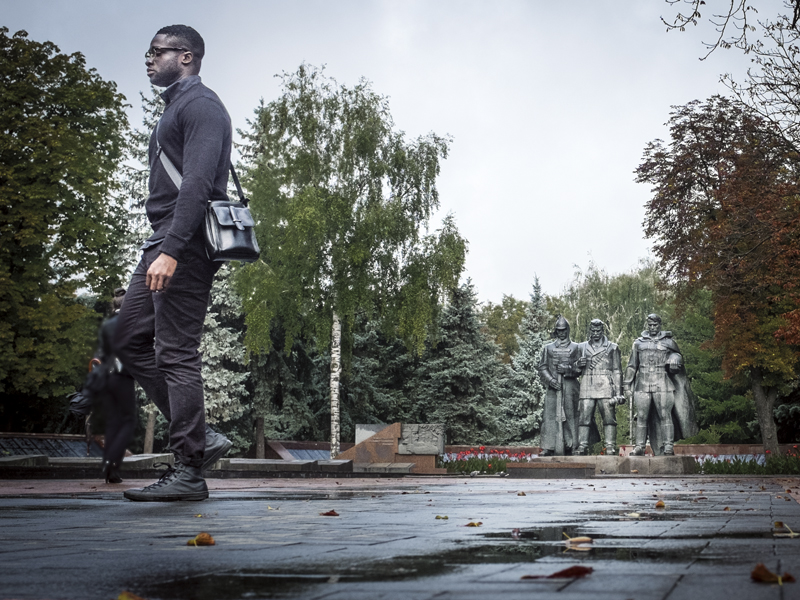 Central Vinnytsia with the Glory Memorial and the Eternal Flame

At the present time, there aren't – not only because of the ongoing Russian aggression against Ukraine, but because usually visitors bypass Vinnytsia for the more attractive sites of the Podolia region, in western Ukraine. These include, but are not limited to, the medieval city of Kamianets-Podilskyi and the castles in Radomysl and Letychiv.

The home of about 370,000 people, Vinnytsia was founded in the 14th Century and quickly passed through the hands of Lithuania, Poland, the Ottoman Empire, the Cossacks and Russia. Few traces of this long history are now visible in the pleasant central streets of the city. The sole exception is the fortification walls of a former Jesuit monastery.

Vinnytsia's most remarkable sight appeared much later – the 1910 red-brick water tower right in the central square. It is now the home of the Afghan War Museum where photographs and other exhibits tell the stories of local soldiers who fought in the 1979-1989 Soviet invasion of Afghanistan. The trauma still lingers on in the former Soviet republic and every major city of Ukraine has at least one memorial to the Afghanistan campaign. 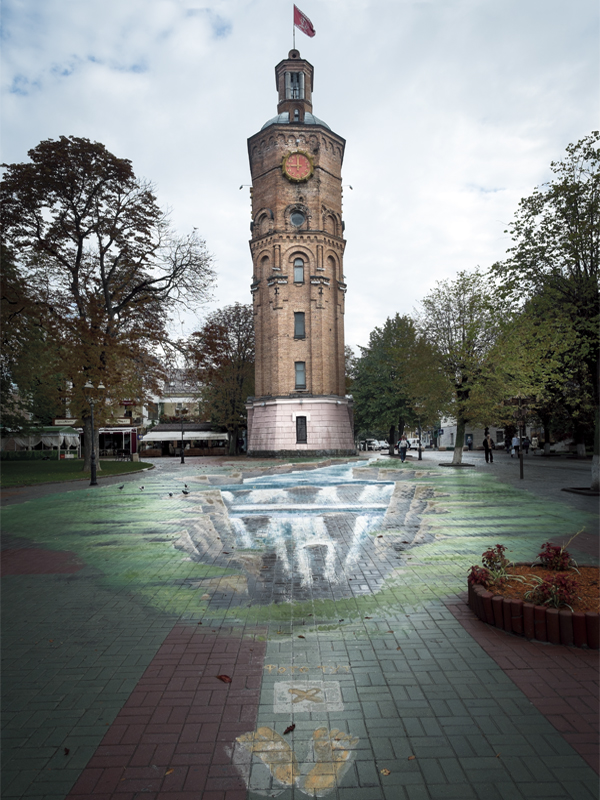 What you see around the tower, however, is what makes Vinnytsia worthy of a visit. Its central area is a surprisingly pleasant mixture of broad tree-lined streets, fine turn-of-the-century houses, naturally interspersed with not-so-fine Soviet architecture. The monument of the Red Army with its knight-like soldiers of stone and eternal flame is kept in perfect condition, but the Soviet-propaganda mosaic on a building nearby is falling apart. Faces of caryatids from the pre-Soviet era look down on antiquated Ladas, and Vinnytsia also has some of the quirkiest street sculptures in this part of Europe. One of funniest is the statue of a dentist that looks as if it was made of dentistry equipment.

Vinnytsia's most famed attraction is not in the centre of the city. About 7 km away is the village of Pirohove, where the crypt of the Pirogov Chapel still preserves the embalmed body of the renowned surgeon, Nikolay Pirogov (1810–1881). It is open to visitors, for a small fee. 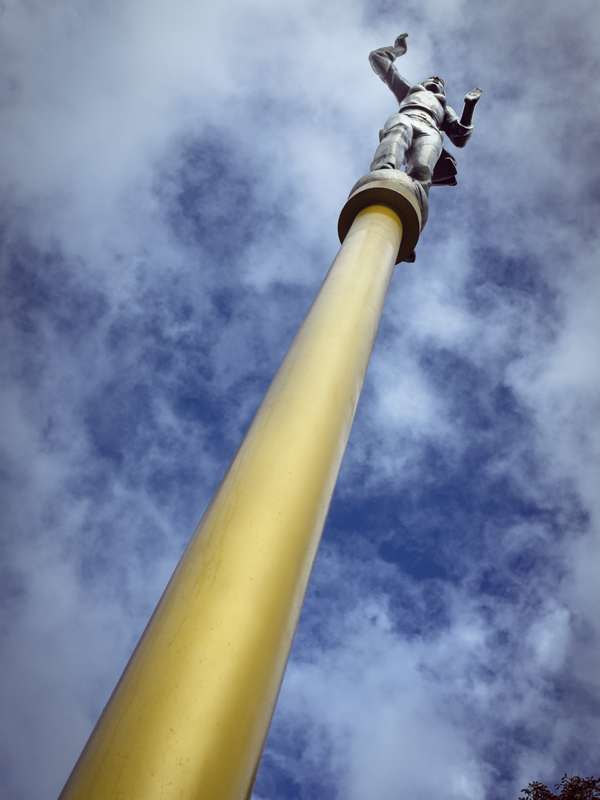 A monument to the Orange Revolution, on Vinnytsia's Independence Square. The unrest broke out in 2004-2005 following suspicions that the results of the presidential election were cooked

Close to the chapel, there are two more Pirogov-related places of interest. One is the small hospital where Pirogov treated poor people free of charge, and the second is the surgeon's home which is now a museum. A visit will be illuminating about the extraordinary achievements of Pirogov in anatomy and field surgery. 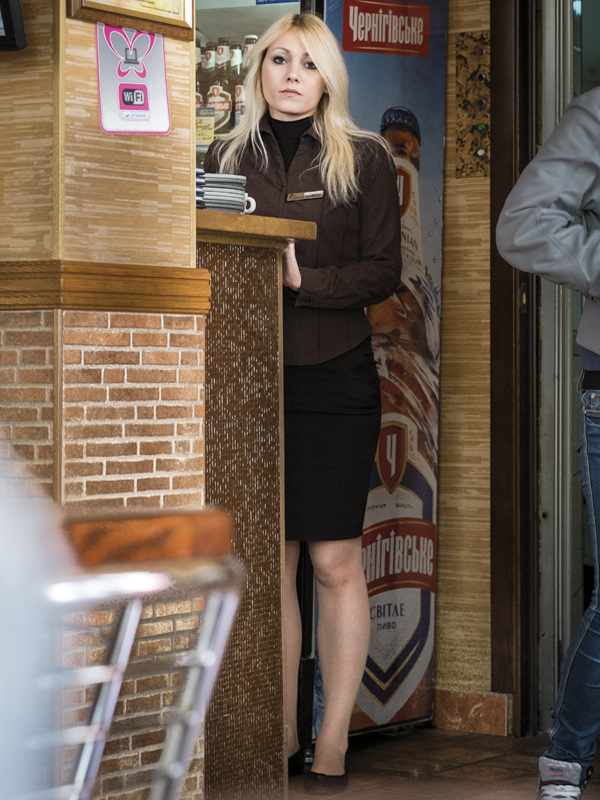 Vinnytsia waiter. The city has a bunch of good eating places, but they are concentrated in the centre and close early in the evening

Perhaps Vinnytsia's low profile can be explained with its recent history. According to CIA reports, during the Cold War the KGB operated in Vinnytsia a training centre for spies who were being groomed to go undercover in the West. It comprised of a fake, small-scale American town, where Soviet agents would get used to the reality of the enemy's lifestyle.

Today Vinnytsia is uneasy with its Soviet past. The monument of the Red Army is well-kept, but on one of the main streets there is a memorial plaque to Stepan Bandera, the nationalist who sided with the Nazis during the Second World War to proclaim Ukrainian independence from the USSR.

On the other side of the street, Vinnytsia's own Maidan Nezalezhnosti, or Independence Square, is adorned with a solemn monument to the Orange Revolution, which in 2004-2005 tried to topple the corrupt politics of pro-Russian President Leonid Kuchma and Prime Minister Viktor Yanukovych, only to empower the not-so-different, but pro-Western Viktor Yuschenko and Yulia Timoshenko. 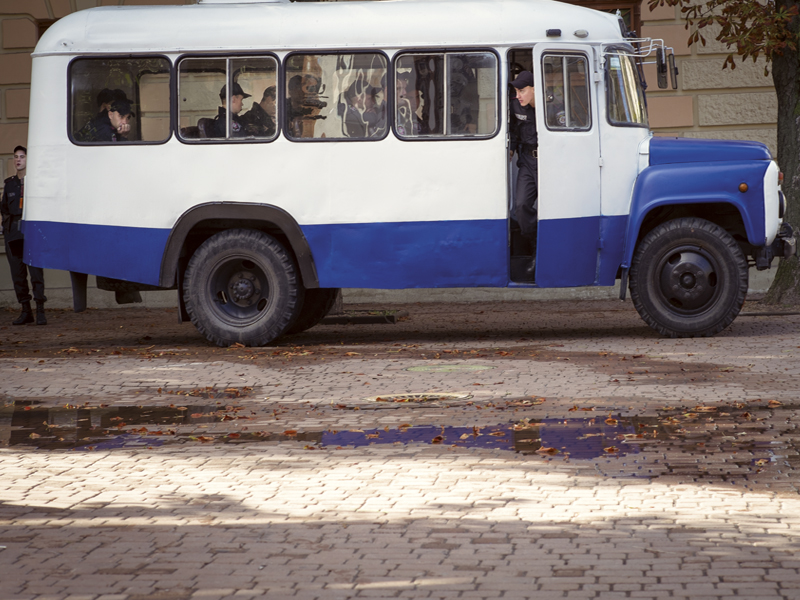 Soviet bus still in use by local security forces

Vinnytsia is dotted with events prompting unequivocal feelings. In 1937-1938, thousands of locals deemed enemies of Stalin were killed during the purges. Later, the Nazis used the infamous Vinnytsia Massacre in their anti-Soviet propaganda, but this fake show of humanity didn't deter them from killing Vinnytsia's Jewish population.The black-and-white picture of a single man, with German soldiers behind his back and dead bodies under his feet, has become iconic. The last Jew in Vinnytsia, read the caption on the back of the original photograph.