Pontius Pilate, who did perhaps the most famous hand washing in history 2,000 years ago, has had an unexpected follow-up in Sofia. 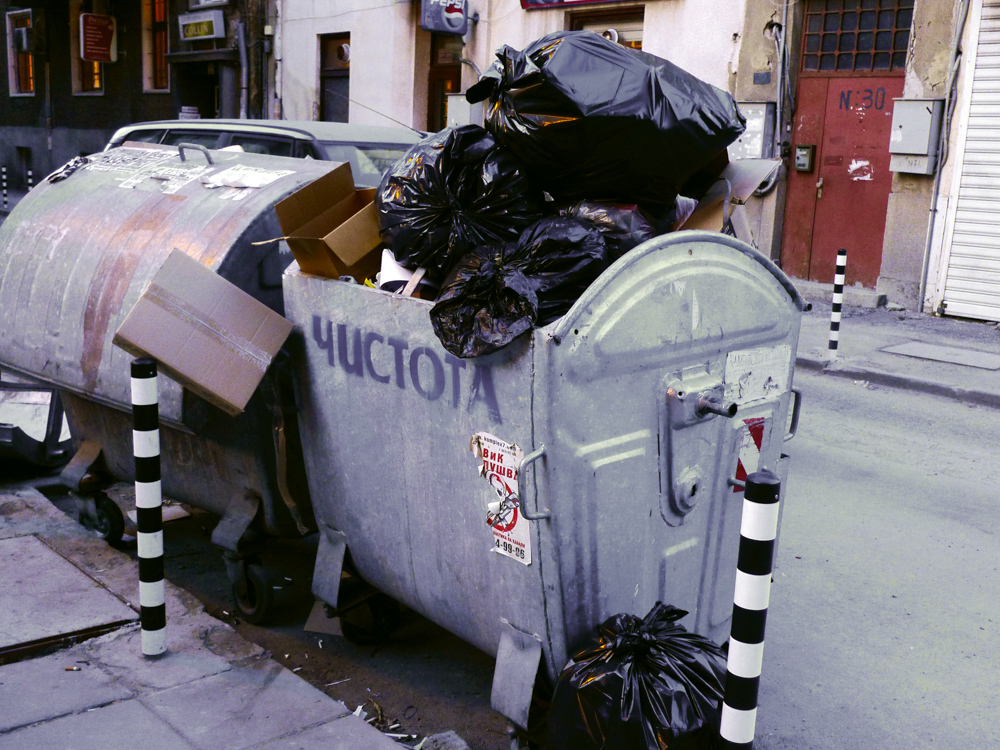 On an April night, as some seasonal rain was falling over the city, vehicles bearing "National Crisis Headquarters" signs were washing the streets. On the following night, these same streets were washed again, this time by vehicles that did not belong to those national crisis headquarters.

This happened in a city where, as a rule, the streets are washed only on the eve of important events such as a NATO summit or a visit by Vladimir Putin.

Although it may look like it, the April street washing was not the symptom of obsessive-compulsive disorder. It was the outcome of Sofia's rubbish war between Prime Minister Sergey Stanishev and Mayor Boyko Borisov.

You have probably observed that Sofia is very dirty even by Balkan standards. Well, Borisov noticed it only in the third year of his term, and decided to terminate the concession contract with the main cleaning company, Novera. "If necessary, I will put all the municipal administration on the job – they will carry out sacks of rubbish. I'll be at their head," Borisov said, "but we have to break with Gaytanski." Rumen Gaytanski, nicknamed "Wolf," is the owner of Novera.

But Novera dealt a pre-emptive blow. At the beginning of March the company stopped collecting waste because it said it had not received its January payment. Borisov said this was a lie. Novera responded by removing its dustbins from the streets. Perhaps Wolf wanted to see "Bate" Boyko carrying sacks full of rubbish.

Then the government stepped in. At the beginning of April Stanishev declared an emergency and established the above-mentioned headquarters. "Sofia has never been cleaner," announced Borisov from Moscow and accused the government of inventing crises and protecting the Wolf. "I don't care about wolves, rabbits, pumpkins or any other flora and fauna," Stanishev replied and added something that can't be denied. "Sofia is the dirtiest capital city in Europe." Then he in turn accused Borisov of trying to award the attractive concession to companies connected with the mayor.

And then Stanishev employed Novera in the crisis headquarters.

This is how the absurd situation came about, with companies hired by the municipality and the government competing to clean the city which, strangely, continues to look dirty. But Stanishev's and Borisov's hands are clean. Both of them have seen to the health and the future of the city. They are ready for the elections.