"Emen!" we repeat, raising our voices, as we now suspect that she is hard of hearing. "Where the waterfall is."

"A-a-ah! You mean Yemen!," the lady beams and then embarks on one of those elaborate explanations of directions that inhabitants in small-town Bulgaria are so prone to.

The village we are looking for is actually called Emen. It has several guesthouses, but most people come here only to visit its locally famous eco trail and waterfall. The peculiarities of the soft dialect of the region, however, have transformed Emen into something that sounds more like the name of the country in the Gulf of Arabia. It might be a remnant of the days when the village was called Yamen.

Emen is about 20 km from Veliko Tarnovo, off the Sofia-Varna road. The signage to the village and its famed path is patchy (pun not intended), forcing visitors to ask locals for directions.

The easiest way to find the start of the eco path is to continue driving from Emen towards the village of Vishovgrad. Just after the Emen cemetery, there is a car park and a dirt track leading to the trail. 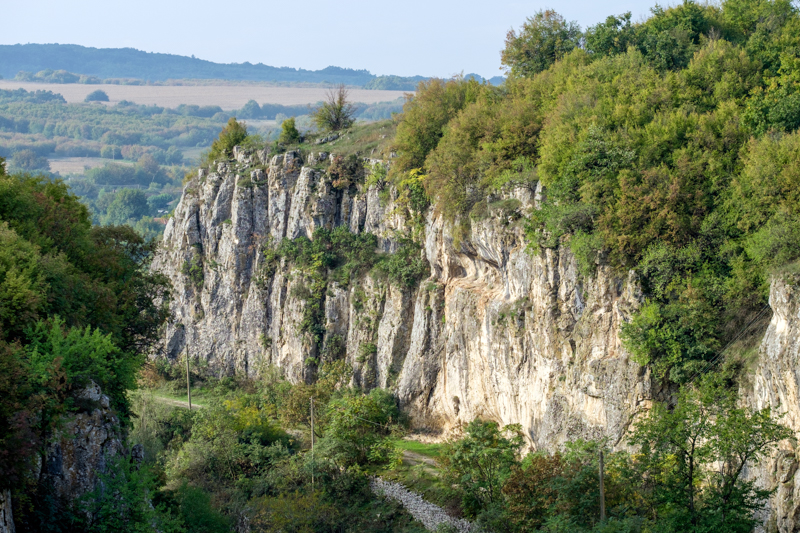 The beginning of the trail with the Emen cave

The eco path is about a kilometre long. It stretches along the Negovanska River and the picturesque Emen Canyon with its limestone rocks, murmuring waters, pools and thick forests. There is even a cave. More than 3 kms long, it was used variously as a military base and also for mushroom production and cheese maturation. Rare bat species call it home, but the main point of interest of this cave is that it the only one in Bulgaria with an elevator.

The landscape of the Emen Canyon is spectacular. Thick forests cover the surrounding hills. The river flows 90 m below the path, between forbidding and gradually narrowing cliffs, filling the air with the sound of running water.

While the trail starts in the open, with views towards the Danube Plain, it soon takes you into a forest and deeper into the canyon. After a steep descent, it ends at the foot of the Emenski Waterfall.

Enclosed almost completely by rocks carved out long ago by the water, the waterfall is about 10m high. It forms a dark, ice-cold lake where, from time to time, a stray angler tries to catch some fish. Most visitors, however, prefer to spend their time here picnicking and taking selfies.

The other name of the waterfall is Mominski Skok, or Virgin's Jump. According to legend, three girls jumped from it to avoid capture by the Ottomans.

The Emenski Canyon was declared a protected area in 1980. In the early 1990s, the first eco trail in Bulgaria was built along it. Wooden bridges and steps were constructed over the most picturesque and dangerous parts of the canyon, bringing visitors closer to the river, the stunning rocks and the waterfall before its plunge. 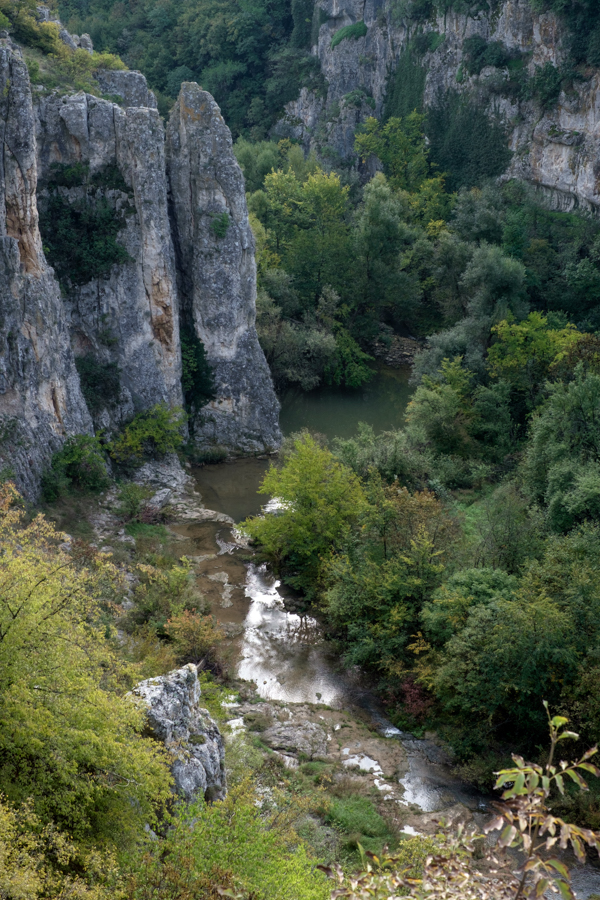 The Emen Canyon is one of Bulgaria's less explored natural attractions

According to the official tourist website of the Bulgarian Ministry of Tourism, the path is still well maintained.

This is not true. After years of neglect and lack of maintenance, every bit of the wooden bridges, paths and stairs is now rotten or missing. Do not even attempt them. It is really dangerous.

The wooden stairs that used to help visitors reach the waterfall are also missing. The route is manageable, but only with proper footwear and in dry weather.

Do not let these shortcomings deter you. Even with its most stunning parts off limits, the Emenski Canyon and its waterfall are a wonderful opportunity for a walk amid clean air and pristine nature, and it is the perfect excuse to humblebrag to your friends: "Oh, last weekend! It was great! I visited Yemen!" 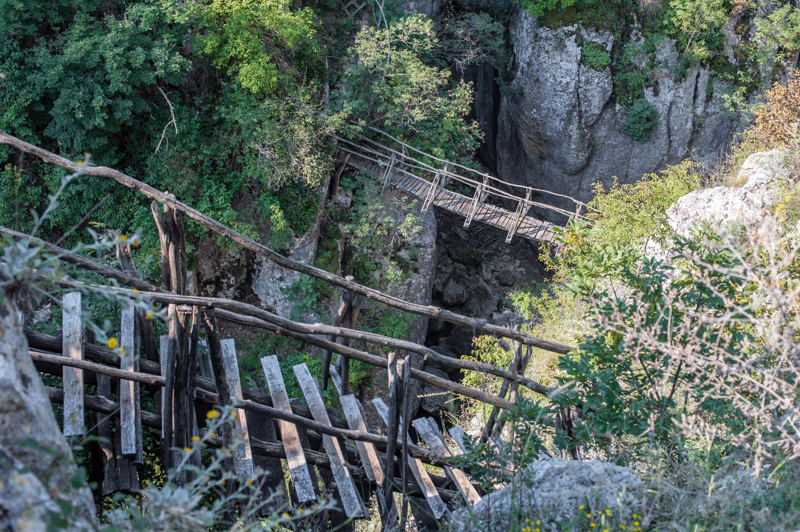 When the path was created, in the 1990s, wooden bridges and stairs led the visitor to the most spectacular and dangerous parts of the Emen Canyon. Today they are crumbling and dangerous