THE INFLUX OF URBAN LUX 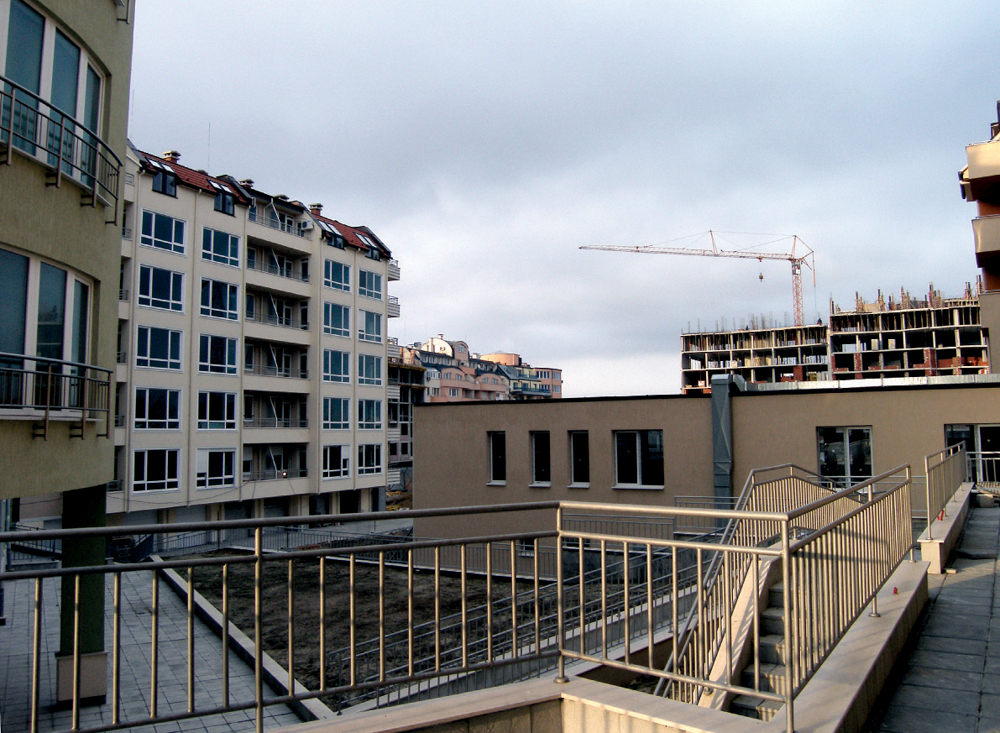 Recently, a penthouse apartment was bought for a reported £115 million, breaking the world record for the most expensive home ever sold. The apartment, at St James's Square, London, has not been built yet, and the development was only given planning permission by Westminster city council this March. The development will consist of a penthouse and five other apartments, each occupying an entire floor of the building. The cost of the apartment beats the previous record of £100 million, set recently by another unbuilt penthouse at a development in London.

A single residential property deal for this sum has never been fulfilled in Bulgaria. One of the most expensive properties ever sold was a villa in a golf resort, for the comparatively shocking price tag of 1.6 million euros. The deal took place in 2007, but real estate agents still discuss it as an incredible exception. Luxury residential property markets are minimal everywhere. Normally, this segment covers from five to eight percent of the general market. In Bulgaria, however, it is even smaller, at about three to five percent.

Due to a lack of variety in the luxury residential sector, Bulgaria is still known as a cheap investment destination, primarily good for speculative deals. This situation has slowly begun to change in recent years, when Sofia introduced the so-called gated communities. Still, the country has a long way to go before preparing to compete with classic luxury destinations like France, Italy, the southern coast of Spain or England. Currently, Bulgaria is a fair way behind them, at least according to the international luxury standards. The minimum criteria that luxury home buyers expect are: at least 400 sq m, four bedrooms, his and her bathrooms, no more than three floors, built by contemporary construction energy-preserving technologies with exclusive high-quality materials, and including a home entertainment system, spa, catering kitchen for guests, fitness halls and acres of garden.

Purchasing Bulgarian properties that meet such standards is easier said than done. Even if there are such available, buyers face another problem: design. In the suburbs of Sofia, there are hundreds of gaudy “mutrobaroque castles” that are known to make contentious architects and designers weep. The reason being is that “mutrobaroque” is a distasteful and kitschy style, which comprises incompatible architectural elements, created with the sole purpose of proving the wealth of the owners. One of the very few types of property that combines all the luxury criteria in addition to excellent design is at the golf resorts at the Black Sea. Yet, foreign buyers often discover that the standards for luxury beteen Bulgaria and western European countries and the United States are too different. In other words, Bulgarian luxury is not so luxurious.

The idea of urban lux these days are gated communities. These are communities with a controlled entrance, small residential streets, residential properties of high quality and various amenities. “Urban lux” is technically an incorrect term, as usually gated communities are located in the periphery of the city, as far away from the centre as possible. The paradox is that to Bulgarian standards, “luxury” and “periphery” are incompatible, as most prestigious districts are considered to be located in the very centre. Foreigners, who are not acquainted with this local particularity, tend to favour gated communities, although they are usually built in bad infrastructure areas and the access is sometimes problematic. In smaller cities this is not a problem, as the gated communities have not yet spread too far from the centres, where the infrastructure is often better. Gated communities have become popular in Sofia, Burgas, Varna, Plovdiv, and in most other cities and regional centres. Smaller cities have also been taking up the trend. For instance, Nova Zagora only has 26,000 inhabitants, but already boasts a gated community of its own. Although prices for gated properties are among the highest in the residential sector, they are sold off plan and demand exceeds supply.

Although Bulgarians view owning properties in gated communities as a sign of success, they can hardly be considered truly luxurious. Their design is definitely modern and more colourful than Soviet architecture, but in building quality they are not much different.

The other luxury sub-segment is large apartments, maisonettes and houses at top central locations. Such properties are rarely offered and demand significantly exceeds supply. Since buildings in most large city centres were built around 70 years ago, apartments are renovated, but the communal parts such as staircases, lifts, entrances and electric installations are usually in a disastrous condition. Many facades have not been renovated since they were first laid. Despite the numerous drawbacks, prices for these properties are at double that of the gated communities, yet they still disappear from the market the moment they are announced for sale. In March, in Sofia, there were 14 top location apartments available for asking prices of more than 500,000 euros. In April, they were already sold.

Top location properties excel gated communities in terms of accessibility, liquidity and size; from 300 to 850 sq m and 140 to 400 sq m respectively. The rise of prices for central apartments and houses is almost 50 percent more than those for gated communities.

Although small and currently below international standards, the Bulgarian luxury property market is one of the most profitable investment segments. Experts foresee around a 20 percent rise of prices in 2008. Now investors can find luxury locations and luxury properties, but it is an exception to get both in one. This property sector gap is still waiting to be filled.