A vice rector and professor at the State Academy of Music, famous violinist, concertmaster of the Sofia Philharmonic Orchestra for 19 years, half of the Stankov-Radionov chamber duo for 30 years and respected conductor, Angel Stankov is used to swapping roles. Quite literally.

Like his colleague Lorin Maazel, while conducting, he may exchange the baton for his violin to play a favourite piece with the orchestra, such as "Love's Greeting" by Sir Edward Elgar.

In February 2009 the professor acquired one more role, becoming the first Bulgarian since 2000 to receive the honorary award of Member of the Most Excellent Order of the British Empire (MBE) from the Queen. The reason? His lifetime contribution to the promotion of cultural relations between Britain and Bulgaria, particularly in the field of music.

The professor has a long-standing relationship with Britain. Born in Sofia in 1948, he is the son of a president of the English Speaking League in Bulgaria and a teacher of English phonetics. Professor Stankov graduated from the Sofia Academy of Music and then did his postgraduate music studies in London, at the Guildhall School of Music and Drama with Professor Yfrah Neaman and at the Royal Academy of Music with Professor Manug Parikyan.

His first recital in the UK was in 1974 and he has performed there many times since, including at concerts in support of the CLIC Sargent Charity, which helps children who have cancer. He also recorded for BBC television and radio and has served on the examination panel of the Guildhall School of Music and Drama's concert diploma.

But it was not for these achievements that he received the MBE. The order is in recognition of the dozens of concerts with which he introduced Bulgarian audiences to the works of British composers such as Sir Edward Elgar, Benjamin Britten, Gilbert and Sullivan, George Newson, Sir Malcolm Arnold, Ronald Finch and others. The only reason why Professor Stankov was not given the title of "Sir" is that he is not a British subject.

What does the MBE from the Queen mean to you?

On the one hand, it is an acknowledgement of the numerous concerts at which, as a violinist, but mostly as a conductor, I presented a lot of British music for the first time in Bulgaria. It also honours Bulgarian culture in general – it is important for me that something good is being said about Bulgaria at this particular moment; and that there is recognition for the musicians who have remained in Bulgaria.

You work in Bulgaria. Why?


This is a decision that everyone should take for themselves. I have had offers to work abroad. I taught for a semester in North Carolina in 2003 and I can say the people there thought highly of me, but I personally believe that I must stay here. Your native land gives you a different kind of power. Of course, many people believe the opposite, that serious musicians should work in major centres like London, Paris and Vienna. But we should not forget that it is a small world and you can hardly tie down a musician to one place. Bulgarian music professors have been invited onto the panels of all sorts of competitions abroad; and some of the younger musicians trained here, whose enthusiasm we have managed to stir, are held in high esteem on the European and American stage. 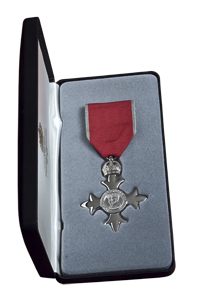 You often present British works in Bulgaria. Have you ever presented the work of Bulgarian composers to a British audience?

At the concert to celebrate the 125th anniversary of diplomatic relations between Britain and Bulgaria in Sofia in 2001 there were special requirements by the British Council. For example, Michael Nyman was included because he is one of the composers that the Duke of York, who was one of the guests, particularly likes. I was then commissioned to prepare a small concert of British music. I told them that the duke probably knew British music too well, so I suggested we prepare a programme with an equal balance of British and Bulgarian compositions, as he would probably be interested to hear something from my country, too. To my delight, the foreign ministries of the two countries agreed and the duke came to thank us after the concert. He particularly enjoyed Marin Goleminov's Nestinarski tants, or "Fire-Dancer." We also performed some of the best works by other Bulgarian composers: Pancho Vladigerov's Vardar Rhapsody, and Petko Staynov's Rachenitsa.

Bulgaria has very good classical musicians. What about composers?

You're right, we have lots of talent here, I think because we are probably descendants of Orpheus. As for the classical tradition, it is surprising that it took less than a hundred years from the end of the 19th Century for Bulgarian music to reach a level that stood comparison with the rest of Europe. This did not go unnoticed, and a number of Bulgarian composers, especially of the older generation, are well known abroad. When my colleague Yosif Radionov and I applied to record for BBC 3, a man came up to us after the session and said, "You play music by Pancho Vladigeroff?" He was Paul Hamburger, the head producer of chamber music for the BBC. He personally mastered our first recording there. Pancho Vladigeroff is a sort of musical passport for many Bulgarian artistes around the world. 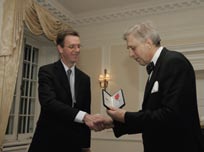 You give concerts as a soloist and conductor, you record and teach. What are you most proud of?

I am very happy when my students become a great success. There have been several major highlights in my life as a musician. One of them was when, as the concertmaster of the Sofia Philharmonic Orchestra at a performance in Nottingham, I saw a blind man in the audience crying uncontrollably. It was also very exciting when, together with my colleagues Yosif Radionov and Teodora Nestorova, I won first prize and a gold medal at the Osaka International Chamber Music Competition in 1993, in competition against 129 other groups. The third was when it was announced that Bulgaria would join the EU on 1 January 2007 and the Bulgarian National Television played my recording of the chorus of Beethoven's Symphony No.9.

What is the main problem with Bulgaria: social, economic or cultural?

There is a Bulgarian saying that is completely wrong: "I don't want your advice, I just want your money." All around the world people give heaps of money for advice, and are prepared to pay experts for it. So, in my view, two things need to be done in this country. First, those who went abroad and succeeded should come back and share the benefit of what they have learned. Pancho Vladigeroff was one of the greatest composers in Germany, but he returned to Bulgaria and established a first-rate school; Dobri Hristov studied with Dvořák, but went on to become a music teacher in Varna. There are numerous such examples from the beginning of the 20th Century, when our predecessors graduated from universities in Geneva, Paris, Zurich or Vienna but then returned to work here. Second, we should stop turning up our noses at the oldest among us – they are the people who have the richest experience, they are the wisest. In Bulgaria, elderly people live in poverty and for this reason we think they are valueless, which is a grave mistake. Wise men are not necessarily rich and vice versa, rich men are not necessarily the cleverest.

Your grandfather was a Bulgarian Radical Party MP before 1944 and your father was an expert in international law. Would you go into politics?


My father used to say that I'd better do something that is totally unrelated to politics and it was he who encouraged me to take up music. I find the arts much more interesting. Music and culture build bridges between people.

What violin do you play? Is the instrument important?

I have an Italian violin, an Antonio Rosandoni from 1904, which is not too expensive. The best violin I ever played was a Stradivarius from Cremona and is called Il Cremonese. I always tell my students that you can buy a Stradivarius, but you can't buy yourself hands, so it's better to train your hands and, if you play well, a Stradivarius will come your way.

You have translated The Noble Spaniard by Somerset Maugham into Bulgarian. Why did you choose this particular play?

I saw it performed by an amateur group in Britain and I was impressed – it is a pure comedy, which is rare for Maugham. His short stories are often rather grim, and the play is very funny without being silly.

You lived in Britain for a year in 1973. What struck you there?

I learned many things about respect for tradition and about putting a lot of thought and wisdom into everything you do. I filled a whole notebook with ideas about things I thought should be implemented here, such as daylight saving time, invented by an Englishman from Kent, cat's-eyes for our roads, aisles between the rows of theatre seats that let people get out quickly if necessary. Like the Japanese, the British are wise people; you can learn a lot from them.

What made you promote British classics?

A lot of British people have done good things for Bulgaria. For example, I live in William Gladstone Street and it reminds me of him every day – his Parliamentary speech against atrocities in Bulgaria had important consequences for us. There are many others too, like James Bourchier, the correspondent for The Times, or Sir Steven Runciman, whom I had the honour to know. His A History of the First Bulgarian Empire, first published in Western Europe in 1929, shone a light on this glorious part of our history for the rest of the world to see. I am pleased that a street in Sofia is now named after him. In return, I think it wouldn't be a bad idea for a Bulgarian to do something for Britain, despite the fact that we are a small nation.