© Anthony Georgieff
After just a year in Sofia, the American Ambassador is offered a senior job in the State Department – and, 'with mixed feelings,' accepts
Bulgaria is obviously not a major player in world politics but maybe I'm quite wrong about that, if the careers of most American ambassadors in the post-Communist phase are anything to go by. Take John Beyrle, Nancy McEldowney's predecessor. After three years at Kozyak Street, the location of the new American Embassy in Sofia, Beyrle is now the American ambassador to Russia. You don't need to be involved in international politics to understand that this is one of the most important jobs an American diplomat can hold, especially at the present time. Or consider James Pardew, the US man in Sofia before Beyrle. Pardew had had a career in the military, which partly explained his unusual outspokenness. More often than not, instead of beating about the bush, he would call a spade a spade, while talking about Bulgaria's corruption, organised crime, dodgy political characters and inefficient judicial system. Boldly, he wouldn't even issue US entry visas to some of Bulgaria's new rich, the "well-clad new entrepreneurs," as he called them.

But on a wonderful summer morning, as I walk down from the Doctors' Garden towards the American ambassador's Residence, like a bit of New England in the middle of Sofia, I am at a bit of a loss. Nancy McEldowney, a charming blonde lady with a gentle voice and a firm handshake, has been in Bulgaria for just a year and now she is leaving. Secretary of State Hillary Clinton appointed her a senior deputy, a post she will take up later this summer. A quick glance at her CV, however, proves that this new appointment, a dream job for any US diplomat, comes not as a whimsical twist of fate but as a logical consequence of her many years in the US public service, which she joined in 1984.

At that time Nancy McEldowney, who was born in Florida, was working as part of President Reagan's team at the strategic arms reductions negotiations with Soviet President Mikhail Gorbachev, which eventually paved the way for the end of the Cold War. She would then work in the State Department, in the Pentagon and in the White House, where she was on the National Security Council during the Clinton Administration. Before she came to Bulgaria with her husband Tim Hayes, a retired US Air Force pilot, and their two Vietnam-born adopted children, Jessica and Alyssa, Nancy McEldowney was deputy American ambassador to Azerbaijan and Turkey.

A year in Bulgaria is not a very long time to assess and analyse what the Bulgarians famously see as a very difficult-to-penetrate society and politics, but Nancy McEldowney has done remarkably well. Her measured but unequivocal statements on crime and corruption, on the need to penalise the judicial system when it dragged its feet for too long and on the obscure financing of Bulgarian political parties have made an impact. Above all, her views on the need for Bulgaria to diversify its energy suppliers in order to become independent of Russia will certainly leave a mark on this country's modern politics. And as Nancy McEldowney, with equal ease, painted benches in Sofia's parks, brought jazz musicians from the United States and spoke out against violence against women, she will continue to be in the hearts and minds of many Bulgarians and expats for years to come.

I’ll tell you quite honestly that I have mixed feelings about the new appointment. On the one hand, I am genuinely sad to leave Bulgaria. This is not just a place where we work, this is our home. It has become our home, it is the place where our children have spent a wonderful year and have made friends, and it is also a place that we have put our hearts into. So it is going to be very, very sad to say goodbye. At the same time, I have spent my entire adult life working as a public servant, and when we’re called upon to serve, we do so. I’m honoured at the appointment, I am humbled at the responsibility, and I hope that I will be able to serve my country with the kind of dignity and distinction that the position demands.

A year is not a very long period, but do you think Bulgaria is a better or a worse place than it was in 2008?

It’s hard to draw sweeping generalisations, but there have been some positive things that have happened. Name one. The Bulgarian deployment to Iraq, which was a very significant and, at times, difficult thing, was brought to a successful conclusion. We also launched, in a very major way, our bilateral military exercise programme at our joint training facilities in this country. Over the course of this past year, we've had well over 1,000 American soldiers training here, exercising with their Bulgarian counterparts, and we have also started our upgrade programme at the Novo Selo base, which is continuing to bring in significant amounts of construction money and jobs. On the economic side, as well, there've been some important things, and we've had companies either expanding or starting new projects here – IBM, Microsoft, AES and Starbucks, to name but a few.

And on the other hand…

Yes, there is another hand. There have been some tough experiences. There was the energy crisis in January, and I know that caused a number of people to think hard about the issues that were associated with it. There was the global economic crisis across the board. While Bulgaria, thus far, has not been hit as hard as some other countries, it certainly has experienced the impact. There was also the decision by the EU to suspend assistance money over lack of progress on corruption issues, and that was a setback, a very serious setback. I think those things have contributed to a darker mood here. I do think that the new government that comes into office after the July election has both an opportunity but also a real responsibility to take important steps forward on a number of the issues. 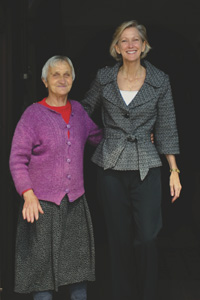 With an elderly lady in the town of Koprivshtitsa, 2008

Everybody in this election campaign is crying out for change, change, change. Do you think any genuine changes are at all possible in August, September and later on?

In the election campaign, do you think that there is any group, or party, or individual that, by American standards, is not quite acceptable?

We as a government don't play favourites and we don't have an "enemies list." But what we do do, is urge everybody to play by the rules, and playing by the rules means several things. In the first instance, it means not engaging in vote buying; it means not allowing a flow of money from questionable sources into political parties, or allowing shady businessmen to provide finance, or simply allowing money from any source that isn't clearly identified into the coffers of a political campaign. 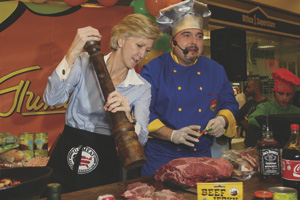 Ataka perhaps? Or the Turkish-dominated Movement for Rights and Freedoms?

Playing by the rules, for us, also means not playing on people's vulnerabilities, not playing on people's fears. And I've been very sorry to see that there have been some politicians in the course of this campaign who have used hate speech, who have used language that verges on racism and xenophobia. The politicians need to be talking about the issues, they need to be laying out a vision of where they want to take this county, and the people here need to be demanding that they do that. And responsible politicians need to be calling on those who are acting in an irresponsible fashion. 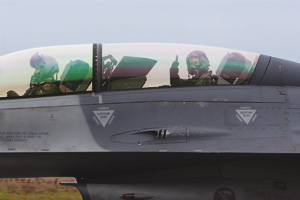 Bulgaria is now an ally, but strong pro-Russian sentiments, the result of both historical events and Communist-era propaganda, remain, which makes it the only pro-Moscow nation in Eastern Europe, apart from Serbia.

This topic has often been put to me as an either/or equation. If Bulgarians have a sympathetic approach to Russian culture, Russian history or the Russian language, then it must mean, ipso facto, that they have a negative view towards the United States. And I don’t start from that premise. My experience has been, personally, in terms of the people that I've met, and this is also born out in terms of polling data, that Bulgarians also like America and Americans.

You mentioned corruption. Obviously there's corruption everywhere in Bulgaria. What would be your advice to an American in Bulgaria who faces an instance of corruption? Should they just cough up the money and pay a bribe to make life easier for themselves? What other course of action is there to take?

Absolutely not. Corruption is a very serious issue here, which I raise both publicly and privately, not because I want to scold the country per se, but because I feel so strongly about the partnership between our two counties, and I am very passionate about trying to work for a better future for Bulgaria. And I know that Bulgarians believe that corruption is like a cancer – it eats away at the organs of a country. When Americans come to me and ask for advice, I tell them that what they need to do is have zero tolerance for corruption. One hundred percent of the time, they and all of their employees should tell the truth, and should act in an honest and above-board fashion, because the moment anyone accepts a favour that is inappropriate they then become a part of the process. And each of us, through everything we do, needs to take a stand and say: "I won't be a part of that, I don't want my organisation to be a part of that." And these individual stands of integrity and courage will ultimately combine with the institutional efforts that are underway, to combat corruption and organised crime. And I believe we'll advance in the direction that the people of this country want to go. It won't happen overnight, but it will happen if there are people prepared to do the right things, and with the right kind of political leadership.

Imagine a close friend of yours is coming to visit here. Where would you take them?

Look at the three "M"s, which are Mountains, Monasteries, and Museums. I have personal favourites, and have really enjoyed driving through the Rhodope, and my favourite monastery, of course, is Rila, that's probably no surprise. One of my favourite museums here in Sofia is the collection of old icons in the crypt underneath Aleksandr Nevskiy Cathedral. However, what I think is the most important thing for a foreign visitor who comes to Bulgaria to do is to go into a Bulgarian home. To just sit with someone, and drink a cup of tea, or better yet, drink a glass of rakiya, and talk to them about their life, frustrations and joys. Get inside their head. And look at this country and what's happening here through their eyes. But I say that it's rare because it's hard for newcomers to meet people here. 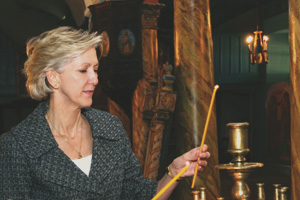 And what would you warn them against doing? A place or a thing to stay away from?

The thing that I have warned people against is drawing hasty conclusions. Making "snap" judgements about a place, because that's dangerous and it limits the person who does it. I believe that you need a bit of time and you need to keep your mind open to different realities and nuances of truth. And so I wouldn’t advise anyone to stay away from a particular place, or a particular experience. I'd urge people to do as much of everything as they can and be as open and as embracing to everything as they can, and along the way, they'll learn surprising and valuable things.