As I park outside the Israeli residence on the outskirts of Sofia in the sweltering heat a few days after what will probably go down in history as one of the most serious international terrorist attacks in Bulgaria, I cannot help but think of those awful pictures of the burntout bus in front of Burgas Airport. To Israelis, I know, this is the archetypal image of sheer terror, the end of civilisation and the beginning of barbaric fear. Because so many Israelis have died in such buses and because it has been in the news on so many occasions, to an Israeli mind it is an image that compares to what footage of the burning towers of the World Trade Centre does to an American.

I enter the heavily fortified residence and Shaul Kamisa Raz, the Israeli ambassador to Bulgaria, greets me with a weak smile. The man who didn't sleep for the past three nights as he was at the scene of the attack in Burgas, coordinating local and Israeli efforts to help the survivors of the 18 July terrorist attack, seems oddly calm. He starts our chat exactly as a diplomat is supposed to do: with a big word of thanks to the Bulgarian government for their help in Burgas. But his profuse expressions of gratitude to Boyko Borisov and Tsvetan Tsvetanov, to all the doctors and nurses in Burgas and Sofia who helped the survivors, to all the airport staff who brought in food and blankets to those stranded at Burgas Airport cannot take my mind off the image of that burntout bus and the larger question it brings: could the tragedy have been prevented?

There are two ways to prevent terrorist attacks. One is to have very precise information about the place and timing of a planned attack. The other is to ensure that the place where a possible terrorist attack may occur has all the technical equipment and properly trained security services to detect and prevent it. Unfortunately, the best way to get the right expertise in counterterrorism is through previous experience.

None of these were in place in Burgas on 18 July. There was no precise and specific forewarning, and Bulgaria did not have the experience to handle a terrorist attack of such dimensions.

Bulgaria is an open country that welcomes visitors and tourists from all over the world, and makes an effort to increase their numbers. However, its services have no experience in countering acts of international terrorism. There is no doubt that the Bulgarian security services will now have to rethink their policies in relation to the new situation. 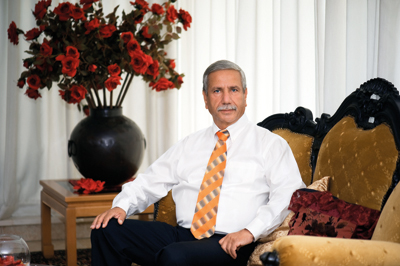 Who is responsible for the security of Israeli visitors abroad ‒ the Israeli or the local services?

The chief responsibility is with the services of the host country. Israel has an indirect responsibility. Obviously, if the Israeli Counterterrorism Bureau, which operates under the Office of the Prime Minister, has reliable information about an impending attack either in or outside of Israel, Israeli travellers will be warned through the media to exercise extra caution or to abstain from travel at all. This is what has happened in Thailand, in Turkey, in Sinai. The individual travellers then make up their mind whether to take the risk of travelling or not.

The Israeli services work in cooperation with many countries to share intelligence and information to thwart potential terrorism hazards.

Has such cooperation been effective with Bulgaria?

Cooperation between the Israeli and the Bulgarian security and intelligence services has been good and multifaceted.

In this particular case, were the Bulgarian authorities forewarned in any way?

There was no concrete information about this incident.

It is important to note that the conditions and the situation in Bulgaria make it a soft target for such acts.

Terrorist groups have a permanent desire and motivation to attack Israeli targets in all countries, to name Azerbaijan, India and Cyprus as some recent examples. They do whatever they can to score a "success" in their plans, but in most recent cases they have been thwarted.

Whenever I fly in and out of Bulgaria I am always pleasantly surprised by the quality of security throughout. Even though they know I am the ambassador, they make me take off my belt, empty my pockets and so on and so forth. There is good security inside the airports.

The Burgas incident happened outside the airport and therefore outside the scope of airport security. Still, the information gathered by the surveillance systems in the airport will probably lead to the identification of the perpetrators.

I think that in the current situation any specific forewarning would be a bonus. The security systems must be in place and running all the time so that any hazard gets detected and prevented.

I wouldn't want to speculate with the few facts that are known because ultimately it is for the services to gather evidence and for the courts to decide. But from a political perspective, did the Bulgarian government act adequately?

Let me be clear: the Bulgarian institutions, and first and foremost the ministries of the interior, of tourism and of transportation, reacted in a first-class manner. First of all, all those injured in the attack were taken to hospital promptly. I was quickly flown to Burgas in a military aircraft. When I arrived all the ministers were already there. Every request I made was fulfilled as fast and as accurately as possible. Security around sites in Bulgaria that are associated with Israeli or Jewish interests was stepped up. Even some Israeli families living in the area of Kyustendil let me know they had been contacted by the police to ascertain everything was alright.

All the operational decisions were made on the ground rather than in some air-conditioned office in Sofia.

How many Israelis were scheduled to visit Bulgaria this year?

In 2010 there were 110,000-130,000 Israeli tourists in Bulgaria. This number increases by several tens of thousands every year. In 2011 the total number was about 200,000, mainly in the resort areas around Varna and Burgas. I suppose that in spite of the Burgas attack the total number will not diminish. It may actually increase, but perhaps not so much as had been expected.

Do you know of any cancellations of planned trips?

As someone who knows the Israeli mentality I can say that there will probably be a single-digit percentage decrease in the short term, but it is unlikely to have a significant impact in the long term, especially when new security measures are in place.

Will the Burgas attack change relations between Bulgaria and Israel in any way?

We usually emerge stronger from crisis situations. We learn to identify our weak points and to cooperate in a much more professional manner. No terrorist group will be allowed to determine what's going on in any of the two states, nor to have an impact on the relations between the two states.

Israeli Prime Minister Benjamin Netanyahu said immediately after the attacks that Israel's response against Iran would be "forceful." What does forceful mean?

Under no circumstance will Israel allow a state or a terrorist organisation to endanger Israeli citizens or ethnic Jews at home or abroad. In Burgas we saw how a fanatical terrorist assassinated Israeli and Bulgarian citizens. This was a continuation of the ongoing war of extremist organisations against Jews and the West. The Burgas attack showed that terrorism is not a danger for Israel alone. It is a direct or indirect threat to Western civilisation. While it is mainly Israelis or Jews who are affected by such acts, the deeper purpose of the terrorists is to drive a wedge in the relations between the Western countries. So, it should be made very clear that Israel will use all means to bring to justice any surviving terrorist, anyone who plans or perpetrates a terrorist attack, and anyone who masterminds an act of terror, regardless of whether they are individuals, organisations or states. Israel will choose the right time, place and method for its response. History so far has shown that ultimately Israel gets what it wants.

Some media reports indicated your daughter was on that bus at Burgas Airport. How could they report such a thing, as you repeatedly said your children are not in the country at the moment?

I have no idea. At a time of such a large-scale act of terrorism people get confused and the media start to make wild guesses. It is true that a nephew of mine was in Burgas a few weeks before the incident, but he has long left. Maybe someone found a name similar to mine on a list somewhere and made up the story.

Also, it is important to note that one of the aims of terrorism is to create as much havoc and confusion as possible, in order to impede the organs of the state and to create panic and fear in the citizens.

It has become a platitude that no one and no country is immune from terrorism. Yet some seem to be more prone to become victims than others. Where would you put Bulgaria?

Israel is considered to be a world power in security and counterterrorism. Regrettably, this is largely due to the fact that we have had to live through many terrorist incidents. We have created the technology that significantly enhances the sense of security. However, there is no such thing as total security.

It is important to stress that acts of terrorism are not directed at Israel and Israeli interests only, but there is no doubt that Iran, Hizballah, Islamic Jihad and Al-Qaeda create an integrated kind of terrorism that is directed mainly at Israel. Iran is the only state in the world which openly proclaims the destruction of all Jews and the State of Israel.

But as Jews and Israelis live throughout the world, the whole world is under threat. Therefore, all states must cooperate in the three main areas of counterterrorism: intelligence, prevention and destruction of terrorist networks and facilities.

I think that Bulgaria will emerge a lot stronger from this terrorist act. It needs to because, sadly, terrorists tend to return to places where they have conducted a successful attack.

One thing not related directly to terrorism that Bulgaria will have to handle is a possible anti-Muslim backlash in the wake of the terror attack. Bulgaria has a large Muslim minority that is in no way responsible for the work of the extremists in Burgas. I have a very good relationship with the Office of the Chief Mufti in Bulgaria. Whenever I pass by the mosque I stop and say hello to people. I also enter some Arab shops and I have never felt any animosity. The Bulgarian Muslims, who are mainly Turks, are very moderate. Having said that, I wouldn't rule out the existence of extremist elements in Bulgaria as well, most likely not Bulgarian citizens, who might be able to resort to extremist activities. I do hope that the Bulgarian police and security services will handle any such threats.

What is important under the circumstances is that the Bulgarian government and the general public must be very careful not to allow the stigmatisation of any ethnic group inside Bulgaria.