The need for culture is alive and real. This kind of capital and this kind of Sofianite deserve to be encouraged

Lilly Drumeva is a country and bluegrass musician with more than 15 years of experience. She is a member of the Board of the European Country and Bluegrass Association in Basel, Switzerland, a member of the International Bluegrass and the Country Music Associations in Tennessee, as well as the founder of the first and only bluegrass band in the Balkans – Lilly of the West.

Tell us something about your work – what have you done in the past?

We started Lilly of the West in 1996. Ever since, I have been the lead singer and composer of many of the songs in our repertoire. I also play the guitar, violin and mandolin, depending on the specific tune. So far, we have released nine albums, the latest of which is called Swings & Heartaches. I serve as both the band's producer and manager, in charge of publicising our music, organising concerts, tours and festival appearances. We have played at quite a few locations abroad, such as the European World of Bluegrass in the Netherlands and the Delaware Valley Bluegrass Festival in New Jersey. Aside from Lilly of the West, I work as a journalist for specialised music magazines – the British Country Music International, the Swiss Bluegrass Europe and the German Bluegrass Bühne. Over the last 10 years, I have been the host of a number of country music shows in Bulgaria on Retro Radio, Radio Sofia and BBT TV. I also try to popularise this somewhat overlooked style of music in the Balkans by organising workshops and international meetings with leading musicians from Europe and the United States. Every year, we do something different but these gatherings are usually related to the release of a new album, the visit of a famous musician, the jubilee of a country legend or the celebration of some sort of historical event relevant to the genre. As you can see, I have my hands quite full.

What are you doing at the moment?

Lately, I have been busy with promoting Swings & Heartaches, which came out in April 2012. The album consists of 11 songs, divided into two parts, as the title suggests – the swings, which are positive, dynamic and create a joyous atmosphere, and the heartaches which include five rather deep and very emotional ballads. Most of the songs are covers of classic country, rock & roll, blues and swing tunes and are, of course, in English – "Who Knows What Tomorrow Might Bring," "Got a Lotta Rhythm in My Soul," "If I Was a Carpenter," "Crying in the Rain" and others. We did, however, decide that it was important to add something that feels a little bit closer to the local audience, so two of our heartaches are traditional Bulgarian songs and come from the Rhodope region. On 17 and 18 August, Lilly of the West has a gig at the Visagino Country Festival in Lithuania. We have also signed up to participate in the culture programme of Sofia Municipality, performing on open-air stages in the city parks. On 24 August, we are in the Borisova Gardens, on 25 August in Zaimov Park and on 26 August in South Park. 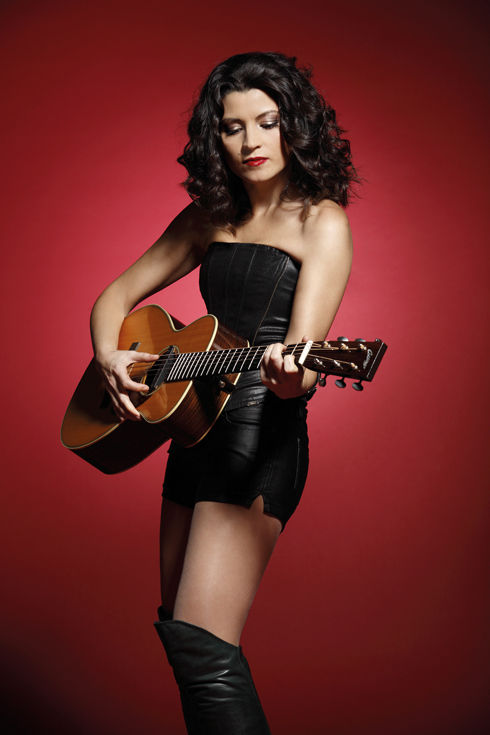 When did you first discover you had an interest in music?

As a child, I used to sing in the Children's Radio Choir led by Maestro Hristo Nedyalkov. The more time I spent with the choir, the more it started to grow on me but back then, I did not think that music was going to become such an integral part of my life. Later, as an economics student in Vienna, I began playing in youth country and bluegrass bands. I went to concerts and cultural events and was greatly impressed by Emmylou Harris, the first lady of country music. Gradually, without even realising it, I made a full turn and years later, the two most important things in my life are again music and radio.

Why does Sofia deserve to become the European Capital of Culture in 2019?

I am not familiar with the criteria they use to make the choice, but I believe the following things should be taken into account. In the past, Sofia was not only a centre of culture, but a place where culture was held in high regard. It is a city which has survived the loss of authority numerous times and still continues to "grow, but not grow old," as its motto asserts. Sofia is the proud descendent of ancient Serdica. In 311, it was here that the famous Edict of Serdica, which acknowledged tolerance towards all religions in the Roman Empire, was issued. This put an end to the persecution of Christians and marked the beginning of the Christianisation of Europe. Serdica was also the favourite city of Emperor Constantine the Great, who intended to make it his capital and, according to ancient sources, even proclaimed: "Serdica is my Rome." Centuries later, Sofia is still one of the few European capitals which is home to all sorts of religious establishments, located right in its very centre.

Finally, I have been to many open air cultural events in Sofia during the summer and, even in these hot and lazy months, people turn up, participate and have fun. The need for culture is alive and real. This kind of capital and this kind of Sofianite deserve to be encouraged!