interview and photography by Anthony Georgieff
Rate this item
(5 votes)

Sofia has a lot to offer culturally, historically, artistically and gastronomically

When in the UK, Elizabeth Allen works as a senior policy adviser to the British Government. She's worked on immigration, counterterrorism and integration policy in the Interior Ministry and led the Turkey section in the Foreign Office. She was also a professional career coach in her spare time. In Sofia she has been working with NGOs, the Office of the President, ministries and local government in support of “deinstitutionalisation” – closing down children’s home and developing local family support services. Prince Edward and his wife, Sophie, Countess of Wessex, are coming here in June to give a boost to this agenda and see the progress made for themselves.

How long have you lived in Sofia? Why did you come here in the first place?

I have been here for 16 months now. I arrived in the deep snow in January 2012 with my husband Jonathan, the British ambassador, and my daughter, Lucy, then five months old. We came for Jonathan’s job, but it was a decision that we both made – and I’m very glad he got this posting! 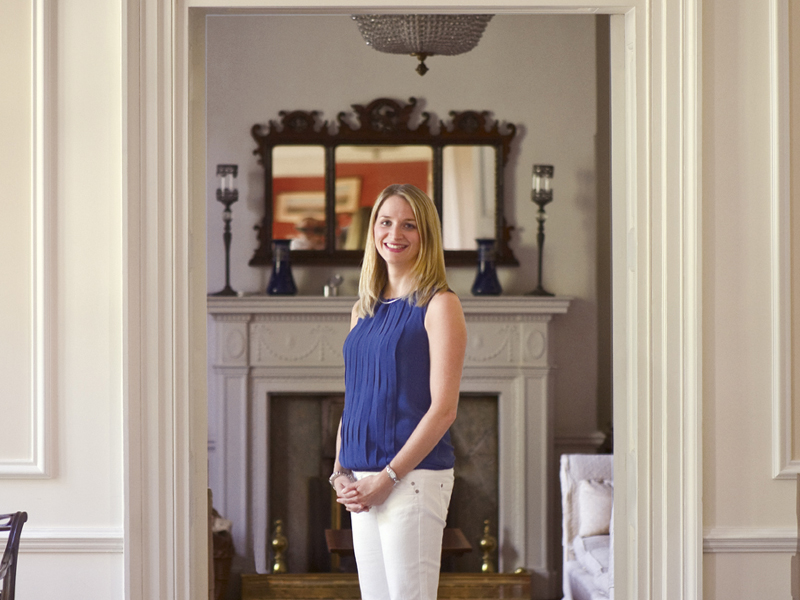 Where do I start? The National Opera and Ballet is an impressive venue. We most recently saw Eugene Onegin, which was stunning. We are lucky to have the National Palace of Culture, or NDK, at the end of our road. Not only does it attract a huge range of events, but the space outside is a home for Sofia’s street culture. And when guests come to Sofia the Boyana church frescoes and the gold-domed roof of Alexander Nevski cathedral are must-sees.

If I’m honest, I would say not compared to other European capital cities – but perhaps I am making an unfair comparison with London where you see people of different backgrounds on every street. Gaining European City of Culture recognition would perhaps make it more so I think, which would be a good thing.

I love hanging out in the square in front of the Ivan Vazov theatre. The theatre is architecturally stunning and there is always a good vibe there. It’s a great place for people watch over a cup of coffee. I also love the Doctors’ Garden area. It has a fantastic park which hosts a wide range of music, science and artistic events, and interesting shops and cafes. I have recently discovered the Bells Monument in Mladost in recognition of children all over the world. It’s so peaceful and beautiful up there – and my daughter loves ringing the bells and disturbing the peace!

Vitosha. Having the view of the mountain is so uplifting. The historical layers of the city. I love discovering new parts of Roman walls, for example the amazing road to Constantinople in the Serdika metro station. The retained traditions – Baba Marta, Easter-egg painting, and so on. In many countries it’s only rural communities which hold on to such traditions, so I love the fact they are warmly celebrated across the country, including in Sofia.

I wouldn’t say I actively dislike anything, but things I would improve are firstly the pavements. I have to push my daughter around in her pushchair and it’s never a smooth ride. It must be very difficult for people with disabilities, so they are excluded from much of the city. Second, the stray dogs. I love running in London parks but I’m too scared to do so here. Then there are many old, beautiful buildings in Sofia which are in need of renovation. I think it’s a shame that some of the city’s beauty is lost because they have been left to crumble.

Apart from local culture, are there any other events that visitors or residents should take a note of?

At the moment, we’re really excited about the British Weeks in Bulgaria festival. This is a series of more than 20 events running from 26 May to 11 June 2013 in Sofia, Plovdiv and Varna, organised by the British Embassy and various partners.
The aim is to highlight the close ties between the UK and Bulgaria, and many of the events will be in support of charities working with underprivileged children and children in need of special medical treatment in Bulgaria.

The celebration opens with a charity football match between Aston Villa Old Stars team and Dream Team of Bulgarians to raise money for children with leukaemia. This is followed by classical music concerts, theatre performances and screenings of two British films. The first will be screened on the occasion of the 60th anniversary of the first climbing of Mount Everest and the second is the premiere of the film Portrait of a Quest on the Gospels of Tsar Ivan Alexander. There will also be a special focus on British food. Alan Coxon, the famous British chef, arrives for the festival to give live cooking demonstrations.

Excitingly, the British Residence will open its doors to the public on Saturday 1 June. Visitors can look around the house and have British afternoon tea with us.

These are just a few of the highlights.

Does Sofia deserve to be named European City of Culture in 2019?

Absolutely. I was born in Liverpool which was European City of Culture in 2008. The city benefited enormously from millions of extra tourists and achieved a huge boost to the economy. Other Eastern European capitals are much more on the tourist map than Sofia, which is a huge shame. When British people think of Bulgaria they think of skiing and the Black Sea, but they don’t know what Sofia has to offer culturally, historically, artistically and gastronomically. It’s time they did.

A full programme of events is available on the British Embassy website www.gov.uk/government/world/bulgaria