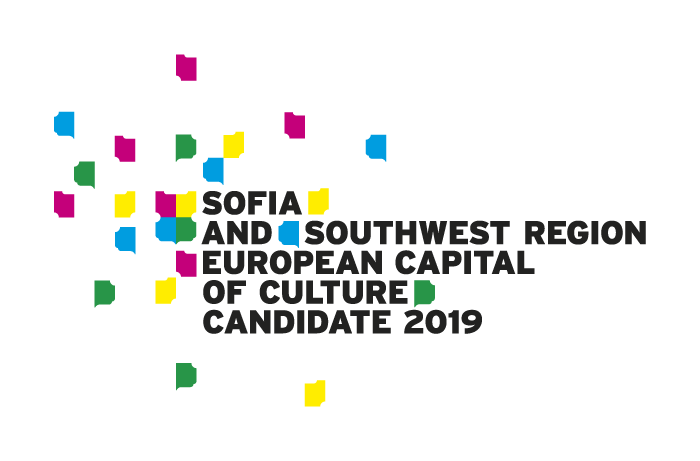 Mere coincidence (or was it Fate?) acquainted Frenchwoman Marie Vrinat-Nikolov with Bulgaria, and she fell in love with it at the age of 13. The love affair has been going on since then in spite of a number of personal and "ideological" challenges. French by birth, she also has Bulgarian citizenship which she acquired on her own volition and not without a fair amount of trouble. Marie Vrinat-Nikolov now lives between France and Bulgaria, between French and Bulgarian, but in the world of Bulgarian literature. Currently she teaches Bulgarian and theory of literary translation at INALCO-Paris. She has authored a number of Bulgarian textbooks as well as many reports and papers on Bulgarian literature and literary translation. Marie Vrinat-Nikolov has translated many Bulgarian books, both modern and classic, into French.

How long have you lived in Sofia? Why did you come here in the first place?
I lived in Sofia uninterruptedly for six years – initially, as an attache at the French Cultural Centre in Sofia (1994–1998) and then as a guest professor at the New Bulgarian University and Sofia University (2002–2004). Prior to that I had spent weeks and months in Sofia as a visitor. Since I started teaching at INALCO, I spend about there months a year in Bulgaria. I feel very much at home, just like in Paris. This reflects the way I live here. In Sofia I have a second everyday life. It is different from life in Paris. Obviously, it is not as dynamic and is a lot quieter, but it is still everyday life.

What brought me to Bulgaria in the first place was pure chance. In 1973 we met some Bulgarians in France and they invited us to Sofia in the summer of 1976. We travelled the country together and we went to places that I keep very fond memories of: Plovdiv, Tryavna, Varna, the Troyan Monastery, Veliko Tarnovo, Sopot and Kalofer; also the Dryanovo and Rila monasteries. The first night in Sofia we stayed at the flat of our friends's parents. It is situated about a hundred metres from where I live in Sofia now. The circle has been completed.

When I am in Sofia I try to combine my friends with my work, which is increasingly difficult. I have many friends in Sofia, but I also have work to do. The situation is further compounded by the administrative duties I have at university. At the moment my work involves writing, in cooperation with a colleague researching theory and practice of literary translation, of a history of Bulgarian literature. I suppose it will be a book that will be interesting to French and Bulgarian readers alike. Then I have to do my own translations. A day without some translation is an unhappy day for me.

In this sense my favourite venues are... books. Yet, I go to book launches and some exhibition openings with pleasure. I like silence, the smell of incense, the touch with the metaphysical in Orthodox churches as opposed to Catholic ones. I do not yet know whether I am a believer, but what I know is I do not need to answer that question to myself.

Obviously not. I haven't been to New York. But what I consider cosmopolitan is Paris, London and Berlin.

I like walking to places that I've known for many years. These are many and varied – both the places and the memories. Sometimes it is with joy, sometimes it is with grief that I see how things change. My favourite street is Tsar Ivan Shishman – perhaps not for long as many of the small houses testifying that Sofia was once a part of the Ottoman Empire are crumbling to pieces. I hate the kitsch and facelessness of what Vitosha Boulevard is today: it is a shop-window of the kind you can see everywhere. I like the neighbourhoods where you can still see vestiges of Sofia's rich history: Roman, Slav, Ottoman, Soviet and now European. I like the Hali-Central Bath House-Mosque triangle. I love the old bourgeois houses along Tsar Osvoboditel Boulevard. I like my own neighbourhood, the Malkite Pet Kyousheta, or Small Five Corners. These are but a few examples. I like this city because with it we have a common history, common tales, common images, common smells, common sounds. I think Sofia is very charming.

Due to the terrible music (not just chalga) that blasts out of loudspeakers in every restaurant and café in the city, I prefer to invite guests on my wonderful terrace where I keep a choushkopeque, or pepper roaster.

First and foremost, it is a place where everyone speaks the language that I need to hear, read and write – Bulgarian! I will never forget the pleasure I got from watching the Cyrillic signs along what at the time was Georgi Dimitrov Boulevard on my way from the Central Station to the drab city centre, in 1976. Then I taught myself Bulgarian from a terrible propagandistic Bulgarian textbook for Francophones... but my determination to learn the language was so great that I could have used any textbook, really.

Then come my friends, whom unfortu­nately I never have enough time for.

And then there is the smell of roasted peppers.

There things you dislike about Sofia?

The lack of anonymity which can sometimes be quite stifling. Sofia is a small place where everyone knows everyone else.

I also think Sofia lacks human diversity. We meet mainly Caucasian people. To the consternation of many Bulgarians I would like to point out that I actually miss Blacks, Arabs and Asians. I am firmly opposed to the spread of nationalism and intolerance. Sadly, this is an European decease... where will poor old cosmopolitans find their ideal place?

Then I miss a big river in town, something like the Danube in Budapest or the Seine in Paris.

Does Sofia deserve to be named European Capital of Culture in 2019?

Why not? Bulgaria is brewing with imagination, art, fantasy. Bulgaria is a small country with limited means, but its writers, artists, musicians, directors and actors work miracles!