interview and photography by Anthony Georgieff
Rate this item
(3 votes)

Emma Hopkins, OBE, has been HM ambassador to Bulgaria for two years, following a successful career in areas as varied as migration and asylum, human rights and preventing sexual violence in war zones. She has two small daughters who go to school outside of Sofia, but who have to breathe the Central Sofia air when they come home. Two years is probably not a very long time to make an in-depth assessment of any country, but Emma Hopkins has some very clear ideas of what's going on in ever-changing Bulgaria. As we sit in the spacious rooms of the British Residence, our discussion first turns to the positive changes in this country.

One thing I've seen improved is infrastructure. The development of the metro, the completion of some of the roads indicate that Bulgaria is going in the right direction in this respect. The second thing I see is civil society holding public institutions to account. Whether it is on a national level with rallies and demonstrations or at the local level with local activists complaining against unlawfully constructed buildings in green spaces, like the lady in Mladost, it shows a burgeoning civil society. This is definitely a positive development. The third thing is the good development of British-Bulgarian relations. Our bilateral trade continues to grow. We've had a number of high-level meetings and also a steady flow of expats going both ways.

Has anything changed for the worse?

I've been here for two years and this is my first caretaker government preparing the ground for the next general election. If it results in the speedy imposition of a new government, that's OK. But  an overly long period of political instability will be negative for the reform process.

Another thing I've noticed recently is air pollution. I have two children growing up in Central Sofia and they go to school outside of Sofia. There is a pronounced difference, and I wonder what it means for the health of the people of Sofia. I've seen recently that the mayor is taking some  steps to address it.

Another thing I am worried about is the continuing demographic changes. There is a continuing departure of talent from Bulgaria. I think this is a very worrying persistent trend and I don't think that's good for Bulgaria.

What are the reasons?

The positives are the freedom of movement: now everyone can freely live and work in the EU. The negative is the lack of young talent. I hear from some of the British businesses in Plovdiv that they find it increasingly difficult to recruit young engineers and other specialists – so much so that they are thinking of going elsewhere where there is a greater pool of talent to draw from. That's not good for future investment prospects.

We do hear anecdotally that some people do come back. It is difficult to say whether that's an increasing trend, but emigration remains a serious threat to Bulgaria's future.

Are you in contact with the British expats living here?

I was recently in Veliko Tarnovo where we had afternoon tea with the local expats. They are a great community there, very industrious. They were telling me all the things they do like establishing a community centre, they provide lunches for the elderly, they have started art classes for the children. They've really thrown themselves into Bulgarian village life.

Obviously, it is too early to say but now with Brexit do you think that there may be a serious impact on British expats in Bulgaria?

I know there are concerns about their ability to live here, receive their pensions and access health care under the European health insurance schemes. These are the main concerns. Now the UK has stated that we will guarantee the right of Bulgarians and other EU nationals living in the UK as long as the other member states respect the rights of Britons living there. We are still waiting for the EU response to that. The UK is very interested to do that as soon as possible. 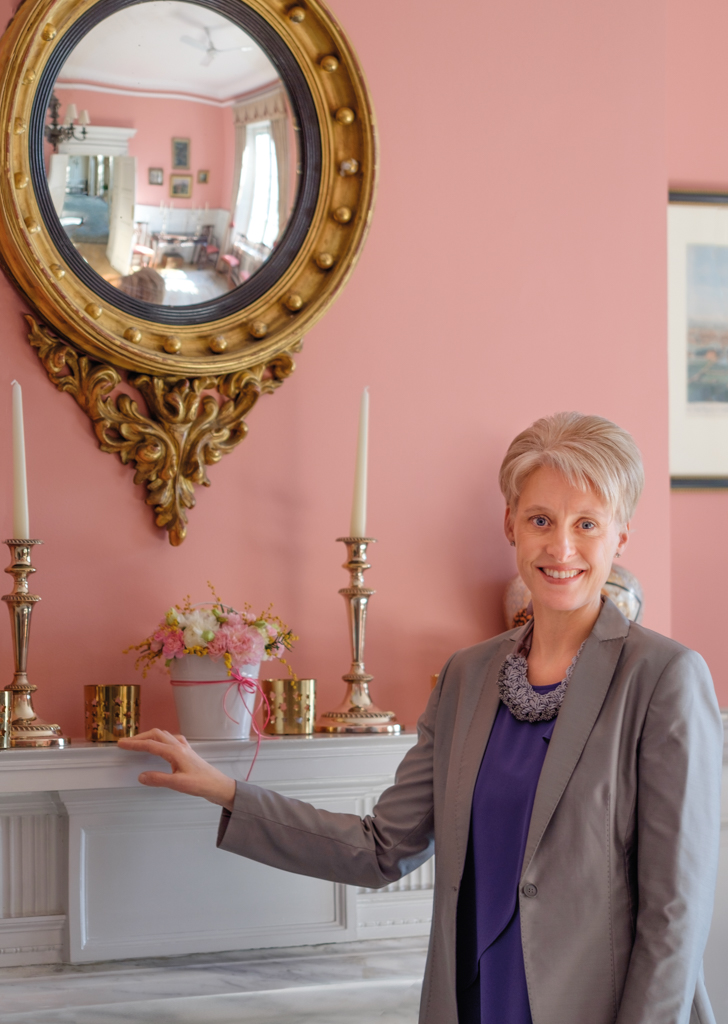 Which in a way answers my next question – is there any anticipated threat to Bulgarians living in the UK.

I think that there will be little impact on Bulgarians who've been in the UK for a considerable period of time and qualify for a residence permit. There may be an impact for people wanting to go there in the future as we are thinking of imposing new rules for people who want to live and work in the UK. I don't think it will affect those who want to travel as visitors. We will need to think about what priority skills we need and design our immigration system in order to get the people who can fill those gaps.

The other concern I hear from Bulgarians is their access to education in the UK. We have guaranteed that anybody starting courses in 2017-2018 will get the same fee structure and access to loans for the entire period of their study. In the UK there is a strong desire to preserve our education system with all the international students because they are such an important factor. Bulgarians students are some of the very best in the UK and we need to continue to attract this type of people.

What is your view of the phenomenon, not only in Bulgaria but internationally, described as populism?

I think populism is a very misused term. It covers such a wide range of things. It covers nationalism, it covers more rightwing positions. In its pure form it means the electorate holding an elite in government to account. In that sense it should be a good thing as it makes the government more democratically accountable to the people. It's often banded around inaccurately.

In terms of Bulgaria, what I am seeing is civil society being more assertive in holding officials in public office to account. These are very good democratic trends. I hope that will continue.

Bulgaria has all the different shades of the political spectrum. There is the populist element, there is the nationalist element, both the right and the left wing are represented.

In the UK we've taken the Brexit referendum result as meaning we as a government have to be more transparent and more accountable, we need to respond better to the needs of everyday people. In a way it is about improving the democratic offer to the electorate.

Have you got any observation on the sort of treatment asylum-seekers are getting in Bulgaria?

I used to work on asylum issues and the refugee convention, and I have also been to conflict zones in previous roles. I understand what's it like to be in a refugee camp, to have lost everything in war, and so I'm always slightly disappointed when I see intolerant attitudes.

During my stay here I have found the traditional Bulgarian hospitality to be a real thing, so I am always slightly disappointed when I read  stories of Bulgarians being concerned about different people coming to their locality. I am really hopeful that people will be more open to accommodating families from for example Syria, who've lost everything in Aleppo. If Bulgaria can't, other European member states can. Otherwise, what is Europe about? This is a way of demonstrating solidarity with other people throughout the world.

My experience from living in a street in London with Vietnamese, Pakistanis and Jamaicans is that they actually enrich the culture. It is a strength, not a disadvantage. As Bulgaria becomes more diverse, I hope that it will see it that way and not be scared of it.
I think it is a lack of experience in diversity, and when Bulgaria gets that it will see that these people can make a big positive contribution to Bulgarian society. Bulgaria needs people from other countries because many Bulgarians are not staying in Bulgaria. It needs skilled people and many refugees are skilled people.

I was pleased to learn that social integration is going to be a priority for Bulgaria when it becomes the rotating president of the EU in 2018.