BORDER: A JOURNEY TO THE EDGE OF EUROPE

Kapka Kassabova was born and raised in Bulgaria, spent her late teens and twenties in New Zealand and now lives in the Scottish Highlands. She started writing poetry as a schoolgirl, but turned to fiction and non-fiction many years ago – in English, her adopted language. Her narrative non-fiction books, including Street Without a Name and Twelve Minutes of Love, as well as novels such as Villa Pacifica have earned her an international reputation as being one of the freshest literary voices of her generation.

Border, published by Granta in the UK and, in a few months, by Greywolf in the United States, will probably outshine everything she has done previously. To start off with, there is the subject matter: the borders between Bulgaria, Turkey and Greece, where the Warsaw Pact and NATO once met; and that are now seen by hundreds of thousands of asylum-seekers from the Middle East as the threshold to Europe. Where once barbed wire fences stood to prevent Communist bloc refugees from escaping, new fences and walls are being erected to stop anyone from coming over. Where Communist border guards shot at East German youngsters trying to flee, self-styled armed militias now roam the hills in pursuit of destitute border "violators" whom they "arrest" and "turn over" to the police – right under the nose of the government and to the applause of a majority of increasingly nationalistic and xenophobic citizens.

A "magical part of the world" as Mark Mazower described it in a review. Border is extremely current, yet its timeliness must not be allowed to overshadow its value as a work of art.
Most people who have never set foot in places like Malko Tarnovo, Edirne and Xanthi will certainly feel that the very names sound, well, quite out of place. So, my first question to Kapka Kassabova concerns the literary process rather than the subject matter. What is more important: the historical research or the fiction?

The border of this book, and indeed all borders, is both a powerful reality and a mighty metaphor that illuminates key aspects of the human condition. Border is a work of narrative non-fiction which is structured along my own journey in space and time. The space is the borderland area of Bulgaria, Turkey and Greece, and the time can be described as deep time, which is often the case when dealing with the geological and human treasure trove that is the Balkan peninsula. As befits a journey involving this level of human, historic, and topographic complexity, it ended up being a pilgrimage involving the mind and the heart too – my own, personally, but also collectively. In that sense, I was both a participant and an observer.

The most important thing for me, as I set out on my travels, were the people: the living people I wanted to meet, with their personal stories and experiences of border life, and the dead, those who paid the ultimate border price. Both groups have been left voiceless by official history, yet they are history. I wanted to give them voice.

The historical research can be done by almost anyone dedicated enough to root for facts and events. But the unrepeatable and most valuable aspect for me was to meet the people of the border and engage with them at an intimate level. That meant locals, visitors, and transients like the refugees of today. This combination of factual research, live encounters, and my own reflections on the psychology of borderlines is perhaps what you mean when you say "fiction." Or it might be the unusually central place individuals take in the book that is startling enough for you to draw that comparison. And of course the narrative is shaped very much by the character of the places I passed through, which is not always of the realm of the rational. As a literary writer, I was open to everything that came my way.

Did the borders you describe in Border solve any issues at the time of the Cold War?

They certainly created issues. You might say that a hard border of this kind was efficient in executing the ideology of totalitarianism: to interrupt movement, to curtail freedom, to control populations, and to enact the power of the state over the individual at every step. But of course in a broader human sense, this border was a great failure. It was nothing more than a weapon. It is interesting to think that there had been no physical border here from antiquity until 1961. It was the Cold War that brought the barbed wire, and quite literally the Iron Curtain. Until then,  natural landmarks were used as borderlines – rivers and valleys. And there was a great permeability of trade, culture, and community – which is the natural state of things. Now that the border has softened, you can observe the partial restoration of that kind of permeability between the three border towns of Svilengrad (Bulgaria), Kastanies (Greece), and Edirne (Turkey).

Would the new borders being erected now throughout the world solve any issues?

Well, borders work in some ways and fail in others. History shows us that their ultimate fate is failure, in the sense that no real problem can be solved through gross injustice. And that’s what a hard border stands for. I wish we were moving towards softer borders, as a civilisation, not harder ones. Perhaps one way to answer this question for oneself is to frequent border areas more often and speak to the people who live there, as well as those who are in transit.

What was the most traumatic experience you had when you did your research?

There was no personal trauma, only terror at one point and apprehension much of the time. But I did feel the weight of collective trauma, when speaking to people. Especially the trauma of exodus. There were two such events that live on in people’s minds, and also in the landscape dotted with abandoned villages. The movement of people in the wake of the Balkan Wars (1912-1913) in which huge numbers of Bulgarians, Greeks, and Turks suffered the most devastating losses. And the forced migration of the Bulgarian Turks in 1989 which was the largest exodus of people since World War II and left an untold number of families and individuals torn apart. I was struck by the degree to which much of the trauma in this region is unspoken, undiscussed. That means it lives longer in the collective psyche. That’s why I wanted to travel to these places – to name the bones, at least for myself. And of course there is the mass trauma of today’s refugees. 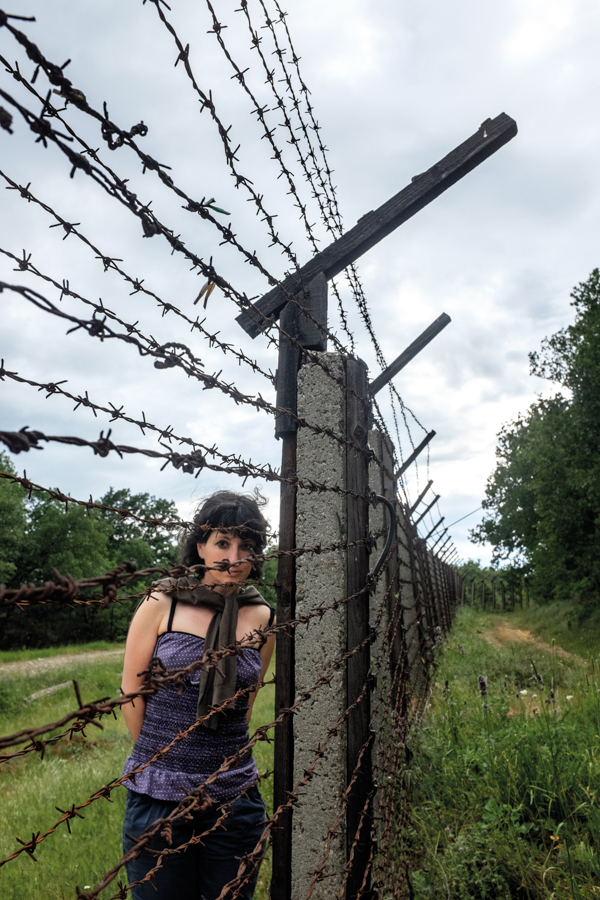 What was your funniest experience?

I met some inimitable individuals along the way and had some good times. I met people who were funny both in the sense of odd and in the sense of humorous. It is all in the book. I very much felt that I was laughing with people, and also crying, at times.

What was the most unexpected experience you had in the Strandzha and elsewhere? Anything that amazed you because it was completely at loggerheads with your expectations?

The kindness of strangers. The openness of people, especially in Turkey and in Bulgaria, but also in Greece, and their willingness to talk, to share, to give of their time and their food. This is a form of generosity you don’t come across very much in cities anywhere. It’s the generosity of the margins. The forgotten people of the peripheries have a great deal to offer and hardly anyone to offer it to.

One of the most unexpected moments came when a family of Iraqi Kurdish refugees in Svilengrad not only fed me lunch, but invited me to stay with them, in their rented apartment. So that I don’t pay for a hotel. They had seven children and their situation was desperate. I was moved beyond words.

Imagine you lived a hundred years from now. How would you explain the border issues as outlined in Border to the children of the 22nd century?

In the same way as I would now: tell them to go and visit. Spend time in the forest alone (if there is still forest), among the border ghosts. And see how that makes them feel. 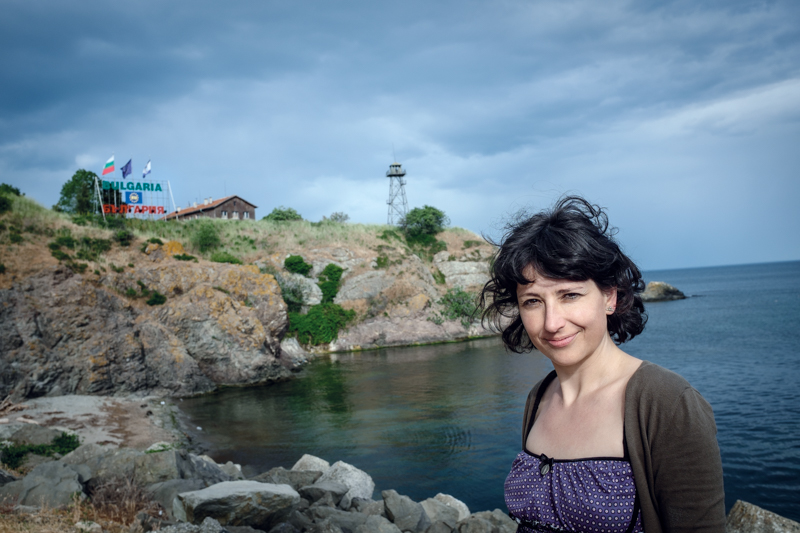 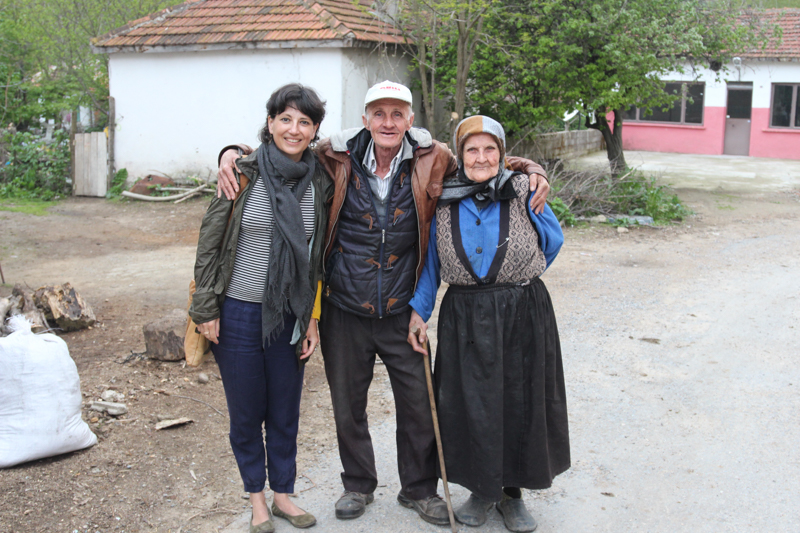 Read 2769 times Last modified on Thursday, 06 April 2017 08:35
Published in Bulgaria Interviews
More in this category: « THE FUTURE BELONGS TO THE FAST THE ART OF MAKING MONEY »