interview and photography by Anthony Georgieff
Rate this item
(5 votes)

The Shadow Land, famed US author's newest novel, is entirely set in Bulgaria

Elizabeth Kostova is a well-known name in literary circles in the United States. Her first novel, The Historian (2005), quickly became a national and then an international bestseller, and it was subsequently translated into many languages. In The Historian Kostova, who lives in North Carolina, interwove themes such as Count Dracula and folklore, Christianity and Islam, West and East, America and Europe, to create what critics were quick to bill an amalgamation of genres: a Gothic novel which reads like an adventure mixed up with a detective story; an epistolary epic turned into a historical thriller.

Elizabeth is well-known in Bulgarian literary circles as well. With the proceed from The Historian, she set up a foundation to promote the work of Bulgarian writers and poets in translation, and bring world-famous Anglophone writers to Bulgaria. Each year for the past 10 years the Elizabeth Kostova Foundation has organised its annual seminar in Sozopol, followed up by literary events in Sofia and once in Koprivshtitsa. In the process, Elizabeth has been accumulating, through her many travels, knowledge about Bulgaria, its cultural diversity and its sometimes uneasy history.

So, in a way her latest novel, The Shadow Land (2017), which is entirely set in Bulgaria, comes as no surprise.

The Shadow Land is the story of a young American woman, Alexandra, who comes to Bulgaria for a reason you find out early in the novel – no spoilers! – and immediately gets herself into a very complicated situation. She's been in the country only an hour when she finds herself helping an elderly couple into a taxi, and accidentally keeps a piece of their luggage. She opens this bag after the old people's taxi has driven away, and discovers that it contains an urn of human ashes with just a name in Bulgarian on it.

The book is the story of Alexandra's search for this family and her attempt to return their most precious possession to them. This journey takes her not only all over Bulgaria but also into the past – back to 1940, in fact, and then the establishment of the communist regime – and through many decades of modern Bulgarian history. In the process, she encounters both danger and friendship, and learns to love the country and its landscapes.

I worked on The Shadow Land for about eight years and I really sweated blood over this one.  It's meant more to me than any other book I've written so far.

A book set entirely in Bulgaria. How do you expect this to sell in the United States and in other countries where readers barely have any knowledge of Bulgaria and things Bulgarian?

Some of the early chapters are actually set in the Blue Ridge Mountains in North Carolina, in the United States – another of my favorite places.

It's been very interesting touring in the United States with a book set almost entirely in Bulgaria, especially since it contains some very dark moments in Bulgaria's history. I wondered what this would be like; in fact, it has been a very pleasant surprise. Most American audiences do know a little something about Bulgaria, some of them have visited Bulgaria already, and almost all are curious about Eastern Europe.

To my delight, I have heard over and over this response: "After I read The Shadow Land, I wanted to pack my bags and visit Bulgaria."  Many readers have told me that they have actually planned trips to Bulgaria because of the book.  And many tell me they've been interested in Bulgaria since reading my first novel, The Historian. It's very gratifying.

Wherever I go on tour, I also try to take the opportunity to recommend works by Bulgarian writers translated into English and by Bulgarians who now write in English, as well as works by foreigners who've written about Bulgaria, such as Garth Greenwell's What Belongs to You and Rana Dasgupta's Solo. 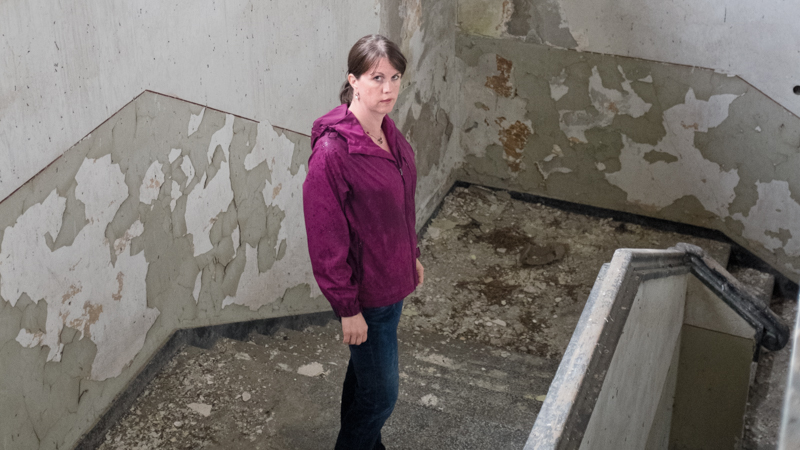 In what remains of the Belene labour camp for political prisoners, 2013

Apart from your personal relation to Bulgaria, what do you find interesting about this country that may appeal to a wider audience?

Bulgaria is interesting to a wider audience – by which I'm assuming you mean Western – partly because it has been less known to them and was closed for so long. I think the first appeal for foreigners as they learn about Bulgaria is the country's tremendous natural landscapes, and the second is the amazing layered evidence of history here, something that my young heroine Alexandra is very drawn to along her journey, too.

You have been the founder of the Elizabeth Kostova Foundation which organises the Sozopol Fiction Seminars, the Capital Literature Days and once the Koprivshtitsa Poetry event, and also the Krastan Dyankov Translation Award.

I'm very proud to have cofounded the Elizabeth Kostova Foundation with publisher Svetlozar Zhelev – and also proud of the fact that we've recently celebrated 10 years. Our mission is to bring together Anglophone and Bulgarian writers, editors, publishers and other literary professionals; to bring Bulgarian contemporary literature more widely into English around the globe; and to honor the work of Bulgarian literary translators.

In 10 years, our annual workshop, the Sozopol Fiction Seminar, has hosted more than 300 writers and other literary lights. The other events you named have also been quite successful, both on paper and in a human way.  I'm delighted to find that a lot of writers and editors in the United States know about our work in Bulgaria. Much of the success of EKF is due to the amazing work of our staff, Milena Deleva and Simona Ilieva, and our many sponsors.  I'm a small part of this big effort, at this point. 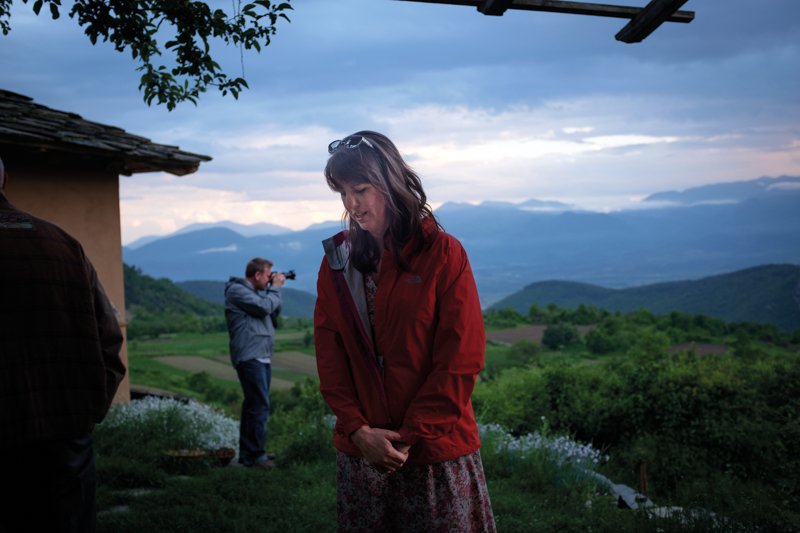 Can you name a few writers/editors/publishers who've come to Bulgaria because of the EKF?

I can't do justice to all of them here, and some of those who actually aren't famous have been among our most wonderful guests. Among the well-known ones, we've hosted Orhan Pamuk from Turkey; Claire Messud, Richard Russo and Barry Lopez, as well as poet Linda Gregerson from the United States; Alex Miller from Australia; Kate Mosse and Rana Dasgupta from the UK; Ilija Trojanow from Germany/Bulgaria – and many, many others.  Our recent Sozopol Seminar hosted non-fiction writers, including Philip Gourevitch, Philip Graham, Ladette Randolph, Benjamin Moser and Elif Batuman – among others – all of whom have important work in that field.

These are only a few – it's hard for me to stop there! And of course this list doesn't even include all the distinguished Bulgarian writers and literary professionals who have participated in our programs.

Can you name a few Bulgarian writers whose work has been or merits to be made known outside Bulgaria?

People ask me this all the time and I always try not to answer – I don't think it's for me to speak as some kind of arbiter of taste for Bulgarian writing in the world. There are numerous Bulgarian writers working today who either have found readers abroad or will certainly do that soon.

It's more appropriate for me to give a very happy statistic here. Ten years ago there were only two or three works of Bulgarian contemporary literature in print in English; now there are almost 20.  It's quite exciting to watch. More and more, Bulgarian writers are touring in the United States and the UK, as well as receiving important literary fellowships abroad.

What are the main problems that Bulgarian writers face? The notorious lack of state support, living in a small language environment – I suppose, these are but just two.

I think Bulgarian writers face two kinds of problems. One is the kind all writers face: writing is hard, it seldom makes a living, there's never enough time, and everything else in life militates against it.

The other kind is more specific to Bulgaria and similar environments: the lack of good state support (we're facing this problem increasingly in the United States, with our current political emergency in the arts) and the dilemma about publishing in a "small" but very rich language rather than the ubiquitous English.

I don't pretend to be a Bulgarian writer or to speak for Bulgarians writers – after all, I would never expect anyone to understand me just as an "American writer."  All writers are individuals, with stories that transcend their culture and nationality. But I will say that being a writer from a complex, sometimes traditional, possibly lesser-known country is not just a challenge. It's also a strength in terms of material and perspective and uniqueness. Orhan Pamuk didn't spend a lot of time worrying about being a Turkish writer. He spent a lot of time writing about Turkey. 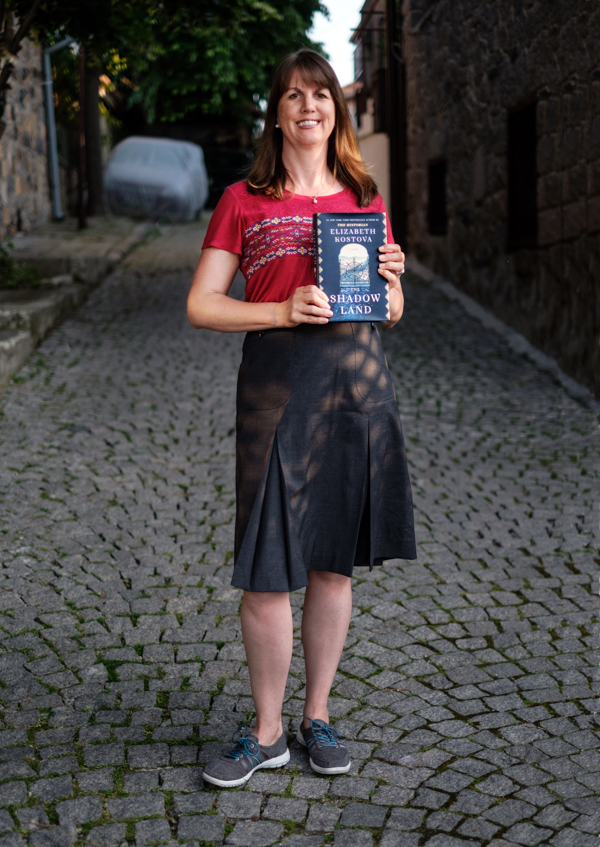