WORKING FOR A BETTER FUTURE

Bulgarians should be proud of themselves, believes Avinoam Katrieli

Expats in Bulgaria often fell deeply for the country, but the enthusiasm that Israeli entrepreneur Avinoam Katrieli nurtures for all things Bulgarians stands out. It comes second only to his belief that Bulgarians can build a better version of modern Bulgaria, and that they should be proud with their nation.

The construction developer set foot in Bulgaria for the first time in 1998. He fell in love with the country immediately. As his business in Bulgaria spread and grew, Avinoam Katrieli moved here permanently 10 years ago. Currently, he is developing the ambitious Plana Heights project, Sofia's first planned suburb. He is also the president of the Binational Chamber of Commerce Bulgaria-Israel (BCCBI) and of the I Love BG non-profit organisation.

Why did you settle in Bulgaria?

Even during my first trip, back in 1998, I saw an amazing, beautiful country, with amazing, special people. I challenge you to show me more beautiful country in Europe. Even Switzerland is not that beautiful, it just has the infrastructure that allows visitors to enjoy it. We are yet to achieve this level of infrastructure development in Bulgaria but Bulgaria has a lot of advantages.

Crime levels here, for example, are low. The Bulgarians are the most open-hearted people I have ever met – and I speak as someone who has been to Africa, South America, Europe and the United States. Bulgarians go out of their way to help strangers. In villages everyone greets you with a "Hello," from the grannies to the children.

Bulgarians also appreciate life. They cherish the moment. This is not laziness. Bulgarians are hardworking people and are excellent in their jobs, if they have been properly instructed beforehand and you treat them well.

Bulgaria's corporate tax of only 10 percent is great for business. Yes, the system and the administration are hard, but they can and they will change. I blame for this not only the administration, but also the business community. The businesses just do not complain enough.

Look, a government doesn't make a country. The people make the country and, in my impression, Bulgarians are still shy to be proud with themselves. But they are amazing people with an amazing history, who have contributed a lot to the world, who have amazing IT people and specialists. I know the Bulgarians don't have the system to protect them and the government could do more. But real change starts from the people. We, the people, have to push and to be the ambassadors for the future of this country. We, the people, have to be united to make a change.

What does the Binational Chamber of Commerce Bulgaria-Israel aim?

Many Bulgarians work in Israel and a lot of Israeli companies invest in Bulgaria, and this in itself is a huge achievement. The BCCBI is working on two main subjects: improvement and support of Israeli businesses in Bulgaria and vice versa, and cooperation in humanitarian cases. When, for example, Israel suffered from heavy fires in 2016, we contacted the Bulgarian government and positive answer was sent immediately. When Bulgaria needs help, there are Israeli teams responding to the situation. Our humanitarian efforts became so significant that I established the I Love BG non-profit organisation.

What is the focus of I Love BG?

The business community in Bulgaria is still not involved enough in solving social issues. I Love BG aims to help in this regard, organising activities in relation to humanitarian and social issues. Some of the things that we have done include donation of ambulances, hospital equipment and facilities for autistic children. I Love BG has many other events, activities and ideas.

This November we organised a seminar on Bulgaria's educational system as a preparatory factor in the labour market. The Bulgarian Education Minister Krasimir Valchev participated together with Sofia's Deputy Mayor Doncho Barbalov and other representatives of the Bulgarian institutions, and the Israeli Ambassador Irit Lilian. The business community was represented by Nikolay Hadjidontchev, CEO of TEVA Actavis Bulgaria, and Radoslav Nikolov, CEO of Sap Labs Bulgaria. This event was important, because all of us agree that everything is a matter of education and that the educational system should prepare children for the future, if we want both the Bulgarians and Bulgaria to succeed and prosper.

Why did you create the Plana Heights project?

In real estate, three things are important: location, location, location. Plana is located in an amazing place between Sofia and Samokov with the Vitosha and Borovets ski resorts nearby. The spa places at Belchin and Sapareva Banya and the Iskar Lake are also close, and there are plans for a future golf course nearby.

Add to this the beauty of the location, surrounded by mountains, at one of the sunniest spots in Bulgaria, with at least 225 sunny days per year. This is much better than the luxurious neighbourhoods at the feet of the Vitosha, south of Sofia, which stay in shade half of the day. 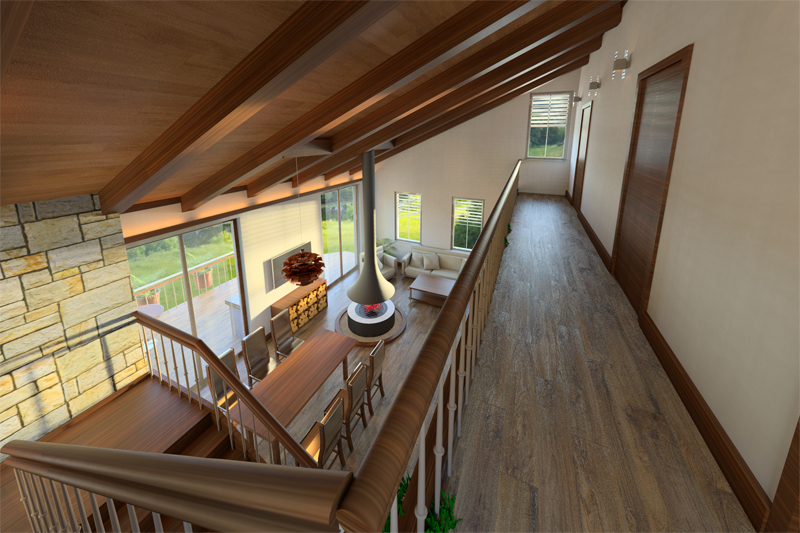 Why did you plan Plana Heights as a separate settlement and not as a gated community?

I have travelled all around Bulgaria and I haven't seen anywhere anything even resembling a modern city. Yes, there are nice complexes for 100-200 people, but these are still not communities, not suburbs. They are closed, fenced places. Inside them everything is nice, but outside you still have the same bad infrastructure, with potholes and lack of maintenance. The infrastructure in Boyana, Dragalevtsi, Simeonovo is awful: you need a 4WD, you have troubles with the electricity, with the parking spaces, with everything. It is not possible to fix this.

My idea with Plana Heights was to create a Sofia suburb where the infrastructure and all the facilities would be modern and would function properly from the beginning. A suburb with a nice planning, nice colours and nice road.

What sort of people is Plana Heights for?

People want to live in a nice place. A significant portion of the Bulgarians leaving their country do it not because of the better salaries or jobs, but because they want to live in a place with maintained buildings, clean streets and functioning infrastructure.

With Plana Heights I wanted to create these things in Bulgaria. I wanted to build a city with good services that looks and feels nice.

Plana Heights is a big project, a suburb with 3,000-4,000 houses. Its residents will have the possibility to live together with people from the same socio-economical level. We do not target only the rich. We target Bulgaria's upper middle class, people who can afford to buy a house that starts from 120,000 euros. 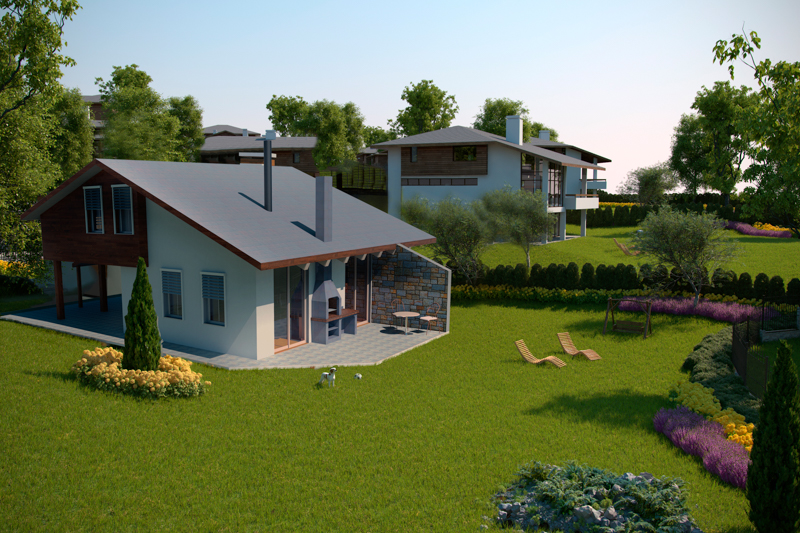 A house in Plana Heights could be about 150 sq.m, with a land plot of 500 sq.m. Actually, the prices are comparable to those in Lyulin, but the quality will be much, much better.

So, Plana Heights will be a modern, green city, for the middle class, at a great location. There is already a huge interest in it.

How do you plan to achieve green living in Plana Heights?

We are thinking green all the time and we aim to diminish the inevitable damage this project will inflict on nature. More than 30 experts consult us on every detail and parameter of the project. For example, we will use green electricity in the houses and will reuse the water. 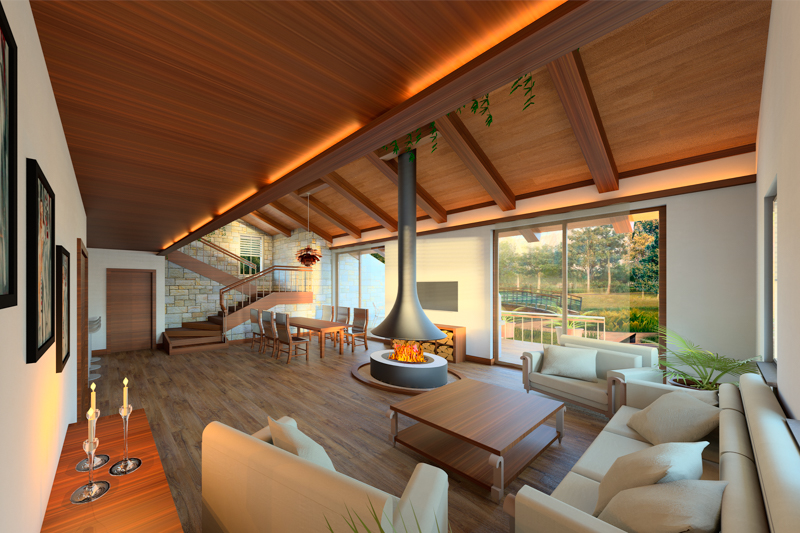