PUMP UP THE BASS

Young American-Bulgarian musician Victor Blagoev on life in Prague, good music and being from Earth

Victor Blagoev is an up-and-coming Bulgarian/American bassist born and raised in Prague, Czechia. He is quickly expanding his repertoire, playing with internationally renowned musicians such as blues singer Diunna Greenleaf, and some of Prague's biggest names including Martin Kratochvil, Rene Trossman, Cyrille Oswald and more. He is also set to work with, and eventually create and record music with the Rene Trossman, as well as developing a unique musical project with a modern neo-soul, Latin, R&B, jazz group, Skeptemistic. In addition to acquiring a scholarship to the full-time undergraduate program at the Berklee College of Music starting in September 2018, he has also attended many of their summer programs including the Valencia Summer Performance Program, the Umbria Jazz Clinics in Perugia, Italy, and most recently the Five-Week Summer Performance Program under a full scholarship. Victor has studied under some of the most renowned musicians in Prague, and is set to study with Latin-Grammy nominated bassist Juan S. Garcia-Herreros (The Snow Owl). He is currently continuing to play gigs, sessions and festivals in the Czech Republic, and is in the process of potentially preparing further work with Diunna Greenleaf in 2018.

You are an American citizen, born in Prague of Bulgarian parents. How do you feel? If anyone asked you about your nationality, how would you respond?

Well, just the process of introducing myself and where I'm from is always kind of a ride, especially in the United States. Growing up in an international environment in Prague left me around people with the same circumstances, so I always grew up with the idea that everyone was from everywhere. When it became clear to me that this wasn't the norm, I was initially surprised. I think it was wonderful for me to be exposed to so many differences and cultures at such a young age; it really shaped a lot of my understanding as a person. Normally, I say that I'm a Bulgarian/American born and raised in the Czech Republic, but I think it's easier (and more interesting) to just say I'm from Earth.

What started your interest in music?

There was always a love and appreciation for music in my home. There was always something playing somewhere, and I have lots of fond memories of just listening to songs over the car radio, eagerly waiting to see what I would hear. My parents also pushed me to play piano from an young age: something I initially was unhappy about, but that I now find myself grateful for. All of this lead to a turning point that I think was during some kind of middle school band festival, where I first experienced the joy of making music and sharing it with other people. It was that wonderful sense of exploration, connection and community that really left me thinking: man, I really want to do this. 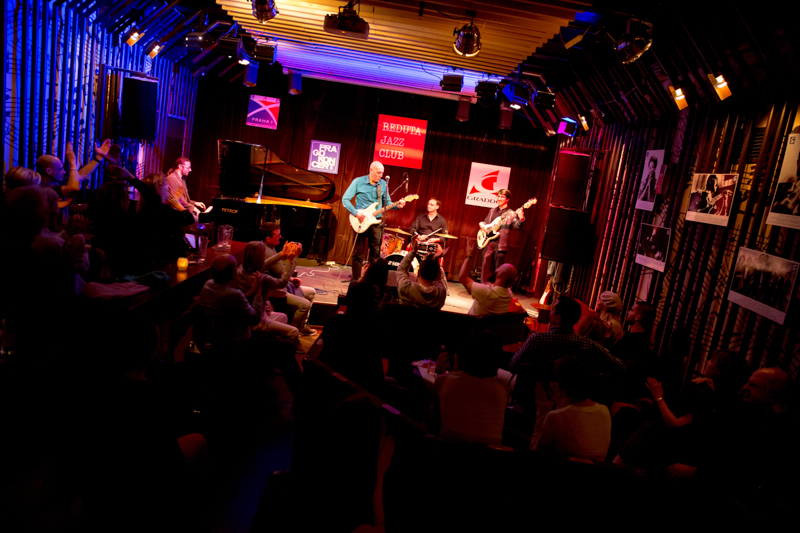 You play mainly the bass. How did it attract you in the first place?

Mostly, it started with picking out an instrument following my spark in music. I was initially set on playing saxophone since I was very drawn to melody and harmony, as well as just the image of being up there on stage soloing, but when it came time to order the instrument, it would be a matter of several months before I got it. Being as impatient as I was, this didn't sit well. So I started thinking of alternative instruments, and figured, why not the bass? I would have to wait less time to get one since we could just go to any guitar store to find it, and nobody played bass! Everyone played saxophone then, so I figured I'd also have an easier time getting a gig. All that aside, I did find myself drawn to the bass as well: there was something very enticing about an instrument that holds such low tones, and is really the driving force of both the rhythmic and harmonic aspects of music all over the world.

What kind of music fascinates you most? Give me the names of three musicians that you like very much.

That's a difficult one. I've listened to everything from Dizzy Gillespie to ABBA. A huge influence of mine is John Coltrane, especially when it came to expanding my horizons through melody, harmony and rhythm in music. Of course, as a bassist, there are numerous names like Jaco Pastorius, Victor Wooten and Anthony Jackson that have influenced my playing heavily, and I constantly try to study and build upon their work, but in a way that still gives my own voice and character to the music. At the end of the day, as a bassist, I really try and keep an open mind to everything, and really get into anything that grooves and has a feel. I'm a huge fan of modern music: jazz-rock and funk-fusion, neo-funk and soul, as well as many others, but of course am rooted in the classics across jazz, rock and blues.

What do you aspire to be? A solo musician? Have your own band? Play in a famous band? Become a music instructor?

I think the ultimate dream of any serious musician is simply to be able to play exactly the music they want to play in the setting they want to play it: for me that means playing the kind of modern stuff I play with a group of like-minded, professional, open musicians ready to tackle any challenge. If that means local or world fame, then that's fine. But it certainly isn't my motive for making music (and it shouldn't be). As a musician, one should always carry an open mind and professional attitude to whatever kind of music they play, and always try to build experience through variety. That's exactly what I'm doing now, and I'm so grateful for the chance to do that at the age I am. As time goes on, however, I have big plans and big ambitions for changing and melding types of music, and all of that is rooted in the simple desire to explore and grow. 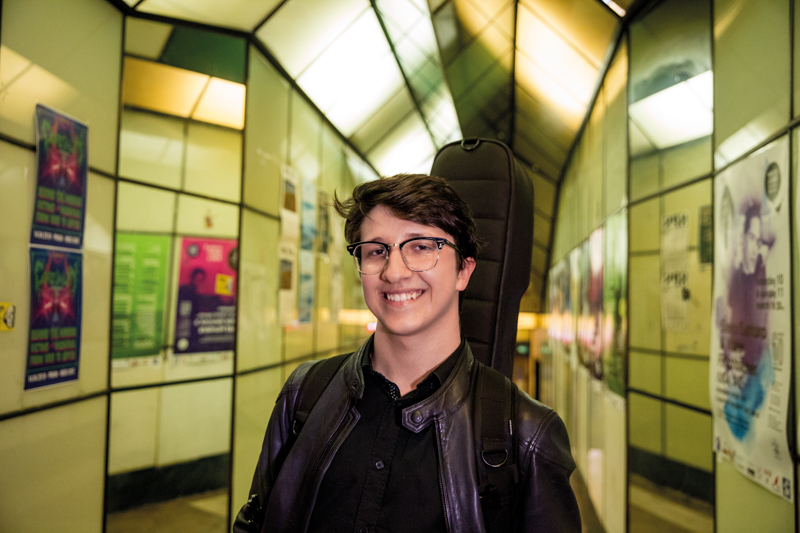