Greece's ambassador on choices, opportunities and the Bulgarian weather

As we start a chat with the Greek ambassador in the elegant rooms of his residence in Sofia I keep thinking that Bulgarians are usually very interested in making comparisons between themselves and their neighbours. Grigorios Vassiloconstandakis is in a very interesting position to shed some light on that: he is Greek and he has had experience in both Istanbul and Bucharest. How do they compare to Sofia? There are many things that disunite the Balkans but is there anything that unites them?

Coming from Bucharest to Sofia I felt immediately at home, as I had done Bucharest. It is well known that the two countries, Bulgaria and Romania, along with Greece have played a significant role in the history of our region. And it is mainly through their contribution that not only the ancient but the contemporary landscape – in all senses of the word – in our area has been shaped, marking it with common historical and cultural characteristics. It is hardly a coincidence, for instance, the fact that during the Ottoman period, Greek communities thrived in Romania and in Bulgaria. And I feel glad that in our days too I can mention that both countries have sizable Greek communities, business interests and developed Hellenic studies.

In terms of the second part of your question, actually I wouldn’t put it that way. I would only say that the longer you live in the Balkans, the easier it becomes to understand and explain the continuity of the existing similarities and differences among peoples and things, as the Bulgarian writer Maria Todorova has shown in her excellent book Imagining the Balkans. At the end of the day it is rather up to historians and scientists to examine the "real" or the "imagined" characteristics of the Balkans and their ongoing development. What I do feel however, is that there are many things that bring the peoples of this peninsula closer: common words, comparable musical traditions, based on the preeminence of similar musical instruments, a food culture that makes any person from the Balkans feel "at home" anywhere around, and of course religion and art, largely traced to the Orthodox Christian traditions. So, in other words, there are so many things in everyday life that essentially unite the Balkans.

As you mentioned, there is a sizeable Greek business community in Bulgaria. Is Bulgaria a good place to do business in? Name several advantages and several disadvantages.

I have to start by stressing the fact that the strategic relationship between Greece and Bulgaria provides a sound foundation for the flourishing economic activity both of Greek businesses in Bulgaria and, recently, of some encouraging Bulgarian investments in Greece. I also wish to refer myself to the imminent end of the economic measures which Greece had to go through during the economic crisis. It is therefore to be noted that Greece is "coming back" to the Balkans – which, in fact, it had never abandoned – through an enhanced diplomatic, economic and political role. I believe the whole area will benefit.

And it is true that my country, in terms of real invested capital, remains the third largest investor in Bulgaria, with a steady inflow of direct investments amounting to 2.5 billion euros even during the economic crisis. 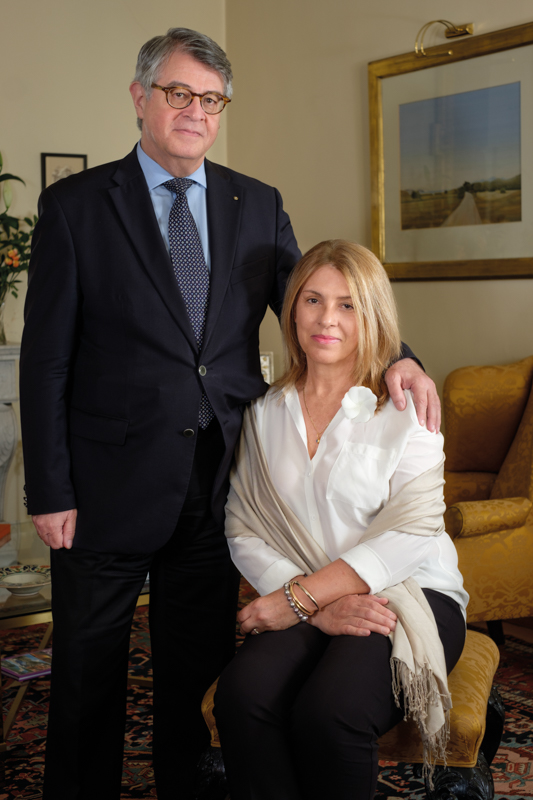 I guess that this highlights similarities in doing business, but not only: the overall legal and business environment here is undoubtedly attractive for Greeks. Not to mention the geographical proximity or the common infrastructure projects (roads, rail links, pipelines). Starting as early as 1989 a host of high-ranking Greek executives (bankers, consultants, businessmen) came to Sofia and worked with their Bulgarian friends towards Bulgaria’s bright European future. And the joy in Athens over Bulgaria’s accession to the EU, back in 2007, was, I felt it, as genuine as it was in Sofia.

Now, speaking about disadvantages, I would mention something that has become painful for Bulgaria at this moment and, of course, affects the Greek businesses here as well, and that is the brain drain and the increasing lack of young, qualified personnel.

Tell me more about yourself. What do you like to do in your spare time? Do you have any hobbies?

In diplomatic life, it is almost impossible to draw the line between personal and professional time. However, in Bulgaria this extended working day becomes interesting, sometimes even pleasurable. Not only because I meet people with common cultural references but also because Bulgarian people are warm and my wife and I often make new friends "at first sight." When I travel around for professional reasons the beauty of the scenery of this country with its mountains, lakes and rivers, is stunning. Indeed, my wife and I fully enjoy our stay here.

Have you travelled around in Bulgaria? If a Greek friend visits you here what would you recommend them to do?

I would recommend to spend a few days in Sofia – by the way, Sofia is an excellent city-break destination! In three-four days one can visit the most important of its cultural monuments and museums – like the area where three religions come together, with the mosque, the synagogue and the St Nedelya Cathedral, next to the National Gallery and the Archaeological Museum. Then, they can stroll around the city centre – actually, I think that Sofia is a very walkable city which is a big plus. And, naturally I would recommend them to take some time and, weather permitting, visit one of the numerous parks of the city.

Beyond Sofia, I would suggest a visit to Veliko Tarnovo for a "taste" of old Bulgaria, Ruse with its Central European "Danubian" atmosphere, Plovdiv for its National Revival feeling and certainly, the towns on the Black Sea, where Greek communities have flourished and where one can still meet people of Greek origin.

If a Greek friend visits you here what would you advise them to be careful about?

Life in Bulgaria runs smoothly and one feels safe and secure in your country. At the same time, Bulgaria has a number of choices to offer to its guests, like mountain and sea resorts, thermal spas and sports, which one can enjoy all year round. Also, Bulgaria has very interesting wine routes, as well as local and traditional cuisine. Maybe the only thing I should advise people to be careful is the weather.

During the winter it can get very cold and requires special shoes and clothing because of the snow. During spring it tends to rain much more often than we are used to in Athens. Of course, thanks to these weather conditions, during the summer, Sofia is green and a pleasure to walk around in.

Read 1065 times Last modified on Monday, 04 June 2018 14:33
Published in Bulgaria Interviews
More in this category: « IRIT LILIAN: ISRAEL'S AMBASSADOR ON HER FAVOURITE SPOTS IN BULGARIA CONVIVIALITÉ AS A BUSINESS AND RAISON D'ÊTRE »