Bluegrass in Bulgaria? Yes, from a homegrown talent

Often compared to Alison Krauss, Lilly Drumeva, who is one of the few bluegrass singers in this part of the world, discovered American music as a student in Vienna in 1996. A year later, in Bulgaria, she started Lilly of the West, the only bluegrass band in this country. They recorded three albums, toured Europe and won the award at the European World of Bluegrass (EWOB) Festival in the Netherlands in 1998. In the following year, Lilly sang at the International Bluegrass Music Association (IBMA) events in Louisville, Kentucky and hosted the organisation's awards show, which was broadcast by a number of US TV channels

In 2000, Lilly moved to London, started work for the BBC and recorded an album, a tribute to the Carter Family, with British musicians Rosie Davis and Rick Townend. Three years later, she returned to Sofia, where she continued recording and giving concerts. She has played with some of the best bluegrass musicians, such as Jesse Brock and Marshall Willborne from the Lynn Morris Band, The Nob Hill Boys, Druha Trava and Petr Brandejs Band. Her eighth and most recent album was released in 2007, but you can also hear her live in Sofia's clubs.

For about a decade, Lilly, who doesn't have a musical family background and graduated in economics, has managed to make her hobby her way of life. She is the band's lead singer, manager, producer and lyricist. She also plays the guitar and recently took up the fiddle, performs Bulgarian horo and rachenitsa as well as Irish traditional dances, co-owns a radio station and hosts radio and TV country music shows, writes music reviews, is a member of the boards of the European and international country and bluegrass associations and knows everybody in her field–and they know her too.

So it was hardly a surprise that American blues guitarist Steve James invited Lilly and her band to play with him when he came to Sofia in May. The two had known each other since a 1998 festival in Slovakia. Thus, shortly after their return from a tour in Switzerland, Lilly and her band, comprising Yasen Vasilev (guitar), Ivan Penchev (fiddle), Michail Shishkov (double bass) and Borislav Boyadjiev (percussion), performed together with blues legend Steve James. Gigs at summer festivals in France, Hungary and the UK followed.

How exactly did you develop a liking for bluegrass?

I always wanted to be a singer. I tried different genres, but I didn't like any of them until I went to Emmylou Harris's concert in Vienna. She played bluegrass and I realised this was my kind of music. I bought a guitar and learned to play it. I was living in Austria at the time, but returned to Bulgaria in 1996 and discovered several guys who already played bluegrass. We formed a band. This music is my life now.

It is an authentic, compelling sort of music. The blend of Irish folk music and blues has given birth to standards that everybody knows,like "Oh, Susannah" or "Cotton Eye Joe." You don't need to listen twice to remember them.

Is there an audience for this music in Bulgaria?

Yes, I host radio and TV shows about country music and I know that a lot of people listen and have an interest in it. Our gigs also attract good audiences. True, many are foreigners, but there are a number of Bulgarians too–they want to listen to the music they can't hear on the radio.

What are foreigners most impressed with when they hear bluegrass in a Bulgarian club?

Often they don't believe anybody in Bulgaria can play bluegrass until they hear us–we are the only such band in the Balkans. They like it a lot–they sing, dance and cry. They often tell us: "You are the closest thing to home." There are people who haven't been to their native countries for years and they say we are their link with home. Once, the whole US embassy came to the club, they queued up to get in. We sang Dixie Chicks' hits and they literally sang along with us. This is what is good about this music–everybody can sing with us. 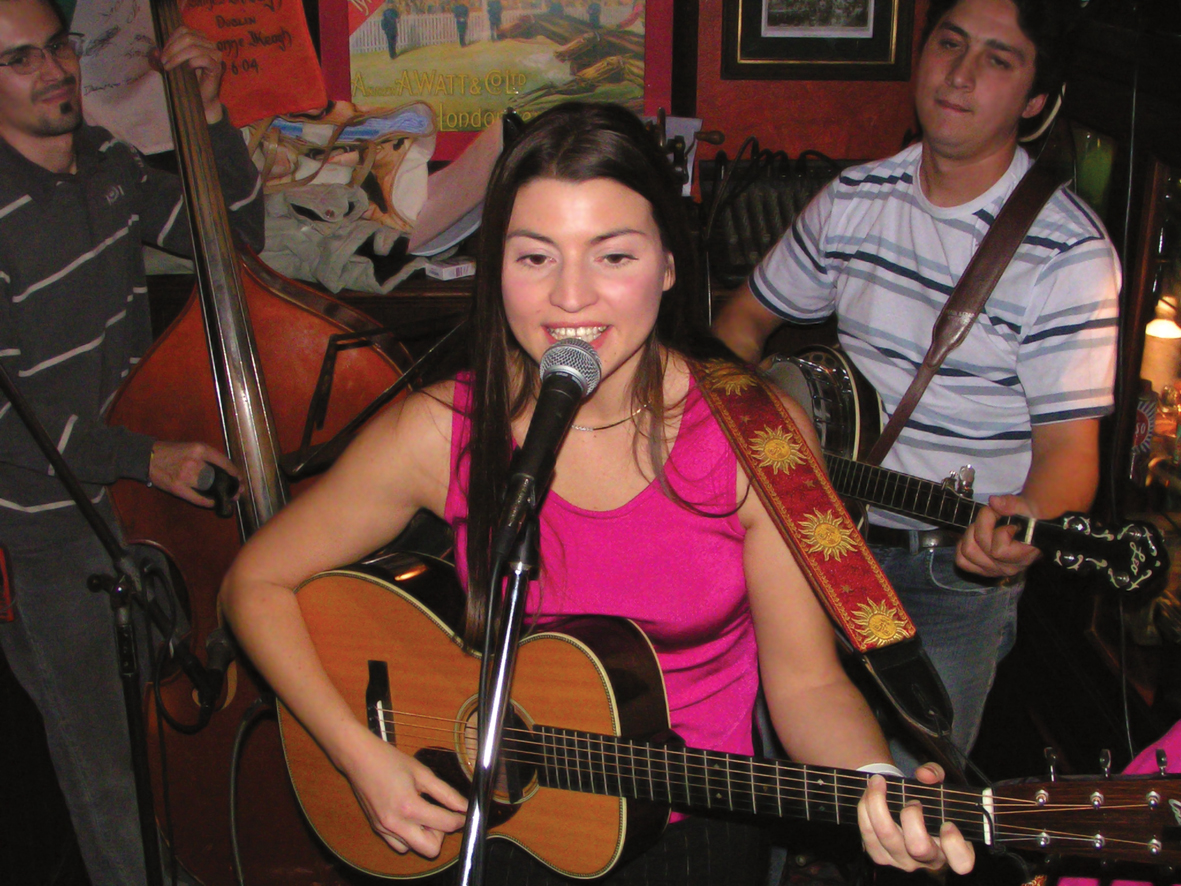 Lilly of the West play regularly at JJ Murphy's in Sofia

What do you think of the Bulgarian music scene?

I feel lonely; there are no musicians who play country or bluegrass. In Bulgaria, there are only two styles: chalga, or pop folk, and heavy metal. In Britain, you can go to a club at eight in the evening to listen to a band playing acoustic, but in this country there is very little acoustic music. Another thing I don't like is that Bulgarian clubs don't get started until midnight–it makes me wonder why bands are only seen as late night entertainers.

What is your attitude to chalga?

It has its place and it has its audience. I don't like that there is very little music in it. I often wonder why they don't invite good musicians or make their own bands and sing with them. Chalga hits sound as if they have been recorded using the "copy" and "paste" buttons and have very few effects–such tracks take only five minutes to make on a computer, while people pay a lot of money for CDs and concerts. It's all a sham–singers rely mostly on their appearance, which is vulgar. 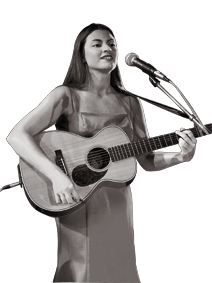 You always include a Bulgarian folk song on your albums. What do Bulgarian and Irish folk have in common?

They have a lot in common: we play the tamboura and the large mandolin of the Irish is the same instrument. The time signature of their songs is 7/7 and ours is 7/8. Andy Irvine uses Bulgarian folk music. The most important thing is that both are folk traditions and this is very powerful, lively music–it is passed on from generation to generation and so has survived. Ethnic folk, the blend of folk and pop elements, is the most powerful music for me.

What do you play in your gigs?

We begin with a traditional Irish piece that is full of rhythm; then move on to swing, jazz, a ballad, an old country and a pop country piece, bluegrass, Irish instrumental music and pop. You need brains to make music, not just talent. We have a huge repertoire: I recently sang about 50 songs at a concert. I remember loads of lyrics, arrangements and chords–I am a one-woman jukebox. What matters most for a singer is not a strong voice, but technique and a good head for lyrics.

You live in Sofia with your Irish boyfriend. How do you unwind?

For me, bluegrass is not only a passion; it is a way of life. All my trips are now related to my music, so I never leave without my guitar. My friend and I adore nature and we go hiking in the mountains–with a tent and a sleeping bag.

What Bulgarian destinations do you recommend to your foreign friends?

Euxinograd–the former royal residence has an incredible park. Borovets–take a ride in the gondola lift. Ribaritsa in the Stara Planina Mountains–you can go to Mt Vezhen from there. Vidin because of the Danube. Sandanski and Melnik because of the surrounding countryside, which is perfect for hiking and relaxation.

Three things that foreigners should avoid?

Smoky pubs with loud music. Exorbitantly priced hotels with chalga playing in their restaurants. They should look after their car–a paid car park does not mean a secure car park.

What is your dream?

To learn to play the violin more quickly.