How an old cemetery in Nisovo suddenly acquired 'Medieval' fame 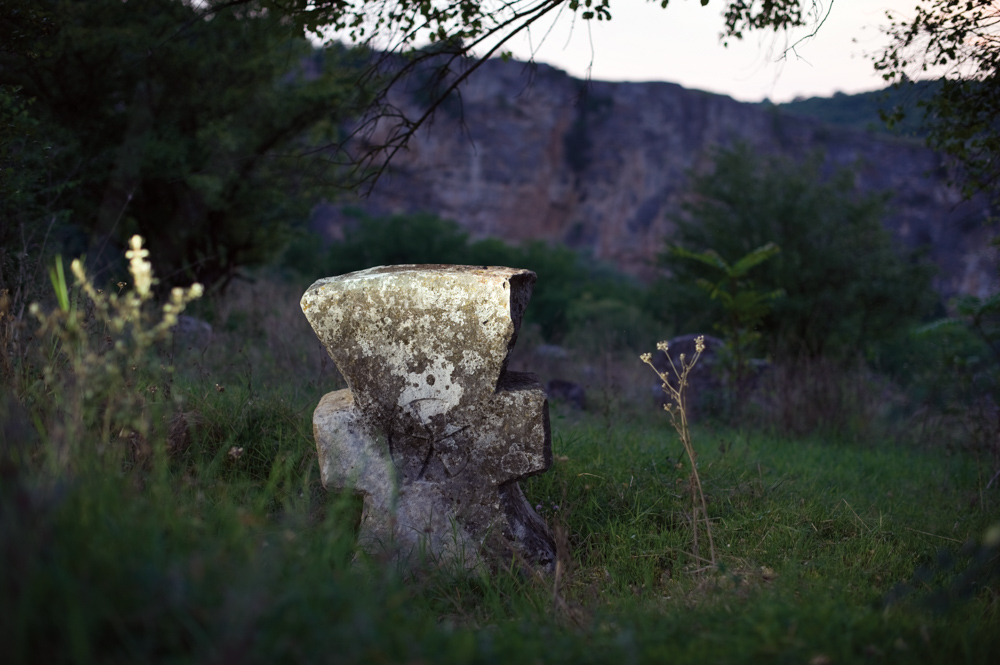 An old tombstone in the village of Nisovo

Confirmed evidence about knights on Bulgarian soil is rare. They did pass through during the Crusades and in 1205 they were defeated by the Bulgarian King Kaloyan in the Battle of Adrianople. Soon afterwards, their King Baldwin I died in the Bulgarian capital, Tarnovo. In 1443-1444, King Wladislaw III of Poland led a crusade to expel the Ottomans from the Balkans, but lost both the battle and his life near Varna. Supposedly, that was that.

Several years ago, however, the increasingly sensationalist Bulgarian media got a bold statement thrown at. In 2007, archaeologist Nikolay Ovcharov announced that he had discovered a Knights Templar cemetery in the sleepy village of Nisovo, about 30 kilometres from Ruse. The tombstones, Ovcharov claimed, were in the shape of a Maltese cross, the characteristic symbol of the Order of the Knights Templar. This, he claimed, was proof positive that some of the knights had survived the infamous and gory end of their order in 1307, and had found refuge in Bulgaria.

The media ran with it, and for plenty of reasons. Ovcharov is the man who made the ancient rock shrine-cum-city Perperikon a household name, and his media-savvy behaviour has earned him the nickname "Bulgarian Indiana Jones." The Order of the Knights Templar have mesmerised the popular imagination for centuries, spawning thousands of conspiracy-theory books and legends, and dozens of secret societies. Among them are the Freemasons and a number of organisations who have adopted the words "order" and "Knights Templar" into their names.

The truth about the old cemetery in Nisovo, however, is quite different and it involves neither knights, nor templars.

For generations, the locals of Nisovo have called the old cemetery Konskoto Grobishte, or Horse Graveyard. According to them, the victims of a plague outbreak were buried there. Their version holds some water, as in olden times people often fled plague-infected villages and started their lives and businesses anew in some "clear" place. There are many stories about such events and many local toponyms like Chumavoto Grobishte, or Plague Cemetery.

Cemeteries with stone crosses and tombstones were common in Bulgaria and the Balkans between the 17th and the early 20th centuries. Many of them are now lost, but there are still some that survive, often hidden under thick undergrowth and totally forgotten.

Different types of tombstones were associated with different regions, the designs spread by travelling stonemasons. The "Maltese" cross is most common in the Ruse area and northwestern Bulgaria. As a symbol, however, it is much older than both the Templars and the old cemetery in Nisovo. The Maltese cross has appeared on ritual and everyday objects in the Balkans and the Mediterranean area since prehistory, and is interpreted as a depiction of the sun.

The old tombstones around Ruse attracted the attention of historians as early as 1907, when archaeologist Karel Škorpil studied them. Understandably, he did not mention anything at all about Templars. 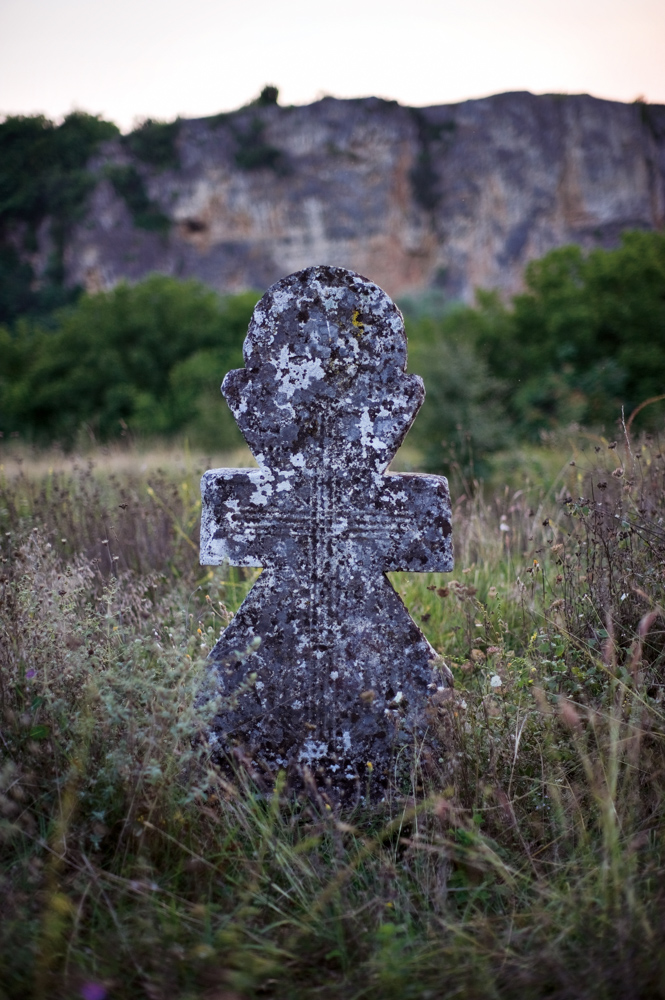 Tombstone shape was also indicative. A rounded top, as pictured here, was for women

So why the Templar frenzy over the graves of Nisovo?

The answer is the Bulgarian branch of an organisation called the Order of the Knights Templar of Jerusalem. It was established in 2005 and gained the status of a Great Priory in 2007, the year of the Nisovo "discovery."

In fact, it was never a secret that the Bulgarian Great Priory had asked the archeologist Ovcharov to find "traces" of Templars in the country.

In 2008, the organisation funded a two-week excavation of the Nisovo cemetery, led by Ovcharov himself. At the end of the dig he announced to the media, that "the only one of its kind settlement[sic] is from the 15-17th centuries and sheds light on the darkest centuries from Bulgarian history. In the last two weeks we discovered more than 70 huge stone crosses with different images on them, including some of the Templar type."

No knights' graves were reported, though. The only newsworthy find from Nisovo were the 17th-century skeletons of a woman with an infant in her arms. Ovcharov labelled the remains a medieval "Madonna." Rumen Ralchev, the great prior of the Bulgarian branch of the order, however, was happy with the results and promised a Templar-fed tourist boom for Nisovo.

So far, nothing even remotely resembling a boom has happened in Nisovo. Most of the tourists come to the area to see the nearby Cherven Fortress or wander around the rock monasteries and the greenery of the Rusenski Lom Nature Reserve.

Nisovo, which does deserve attention for its picturesque position on the banks of the Malak Lom River, is as sleepy as ever. The old cemetery is almost invisible in the high grass, visited only by determined Templar fans, curious tourists and some inevitable treasure hunters, who had been digging there long before Ovcharov's flamboyant "discovery."

There are no signposts on the way to the cemetery but the name, however, has stuck. Today, at least on the Internet, the Horse Cemetery is better known as the Templar Cemetery.

In 2011, Ovcharov was given a senior position in the Bulgarian Great Priorate of the order, taking over its Medieval history institute.

In the meantime, other "discoveries," such as the "bones" of St John the Baptist as well as a number of "vampires," all promoted by National History Museum manager Bozhidar Dimitrov, have kind of overshadowed the Nisovo cemetery. None have led to the promised influx of rich tourists, but the Bulgarian media have been kept fed, especially in summertime months.