Poland's ambassador on the ins and outs of democracy

Like so many Poles, who used to make their holidays at the Bulgarian Black Sea coast in the 1970s and 1980s, this is not Krzysztof Krajewski's first visit to this country. The current Polish ambassador spent five years in Varna, between 1998 and 2003, acting as a consul. In addition to the title of Honorary Citizen of Varna and the ability to speak almost unaccented Bulgarian that sojourn brought to him a lasting sentiment for Bulgaria which, during our chat at the Polish Embassy in Sofia, he found hard to do away with. Consequently, when asked to name a few things that have changed for the worse since 2003, he only named... Sofia's traffic.

Of course, there are many differences between Bulgaria in the early 2000s and now. Many of them stem from this country's membership of the EU. I definitely see improvements in infrastructure and the general urban look. Sofia has changed considerably, owing to the opening of the underground lines, the renovation of old houses and the parks. I see a major change in the opportunities for young people. They have plenty of new options to study, work and participate in European exchanges.

You come from a country which also used to be Communist. From that standpoint, would you consider Bulgaria to have democratised itself sufficiently and to have rid itself of its Communist past in an efficient manner?

In Bulgaria, like in Poland, the totalitarian past is an emotional topic that often generates discussions. This is normal. No one can escape from one's own past decisions and deeds, and their influence on the present. The same applies to countries and nations: the past always generates debates and opinion clashes. I think the debate in Bulgaria is active and includes varied opinions, which indicates that the Bulgarian society approaches its recent past in a wise manner.

Would you compare Bulgaria to Poland in their effort to achieve Western-style democracy?

During the past 27 years we have gone a long way. I think that in spite of the many difficulties and stumbling blocks both Poland and Bulgaria have attained many successes. We established democracies and free markets, we implemented very strenuous yet indispensable social and economic reforms. Thanks to our efforts, both Poles and Bulgarians now enjoy a stable democratic order, and our countries are partners in the EU and NATO.

This is the greatest success of the transition in Poland and Bulgaria. However, along the way from totalitarianism to democracy, we have also committed many mistakes, which accounts for why there are people in both countries that have lost their faith in the transition. This explains why some of our compatriots feel nostalgic about the past. We need to do more to make them feel fully integrated in the successes of our societies. We can do this only through new reforms, including decisively defending our interests internationally, also within the EU.

How would you compare the Bulgarian and Polish attitudes to Putin's Russia?

I think that Poles have often been unjustly accused of Russophobia whilst there have been attempts to unjustly tag Bulgarians as Russophile. This is a stereotype that impedes understanding our real attitude to Russia. Both Poland and Bulgaria are sovereign states that want to maintain good relations with all other states, including Russia. In Poland, like in Bulgaria, we regard highly the achievements of Russian science and culture and we are ready for cooperation as long as it is mutually beneficial and is based on international law. This predetermines the similar positions of Poland and Bulgaria regarding Russia's policies in eastern and southern Europe, including along NATO's eastern frontier. We categorically support the sovereignty, the independence and the territorial integrity of Ukraine, and we stress on the necessity to upkeep the Minsk agreements. As Polish President Andrzej Duda said during his visit to Bulgaria last April, we think that Russia should not be isolated. At the same time we think that in this dialogue the West should show its character in defending certain principles. Otherwise we may risk destabilisation of this part of Europe. I think that at the NATO summit scheduled for July both Poland and Bulgaria will send a clear signal that this is the right policy.

Imagine you have some friends visiting from Poland. Where will you tell them to go to in Bulgaria?

With my wife and daughter we frequently invite friends and family to visit us in Bulgaria. One of our favourite places is Rila Monastery, owing to its impressive location and architecture. We always try to show our guests into Varna, for which I have a special sentiment. It's always refreshing to experience Varna's pleasant atmosphere. Plovdiv is also a must-visit place, especially after the rejuvenation of the Kapana handicraft district. 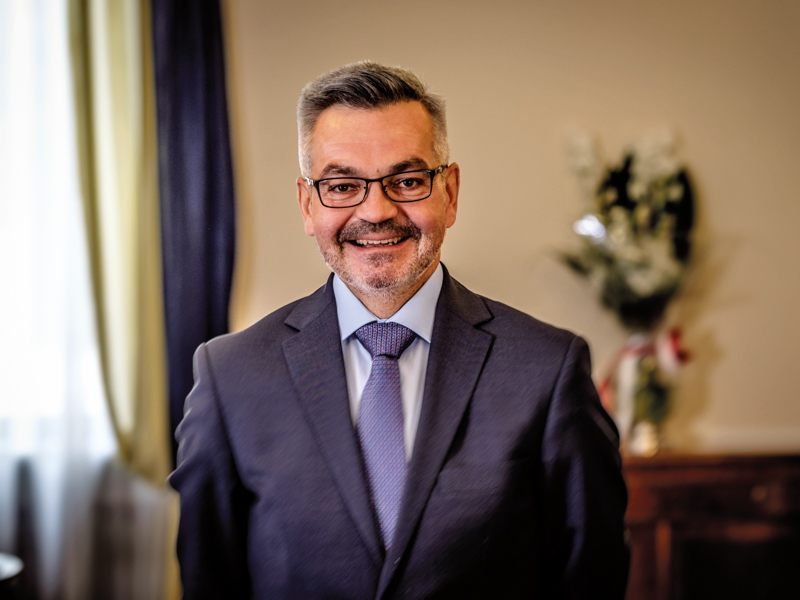 I will certainly urge them to go skiing at Bansko or Pamporovo. These are world-class winter resorts. I would also tell them to try some traditional Bulgarian dishes such as cheese-stuffed peppers and tripe soup. I always advise my guests to be careful with nodding and shaking their heads as this can create serious confusion in Bulgaria.

Your favourite places and things to do in Sofia?

My family and I like very much to take walks in the South Park as well as along Vitosha Boulevard and the surrounding small streets. I note that there is an increasing number of new restaurants, bars and cafés with original setups and good kitchens springing up in town. There are also plenty of small shops with hand-crafted accessories, a soft spot for my daughter. These places give Sofia a very cosy atmosphere.