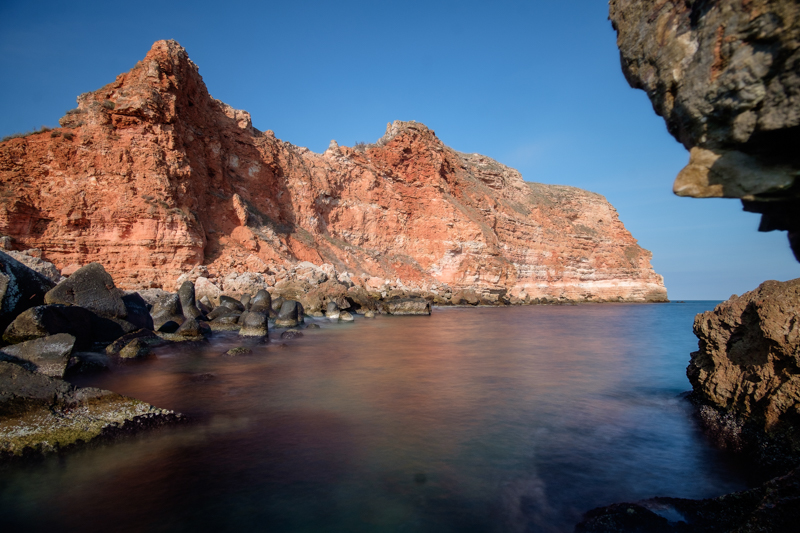 With the exception of some pockets of overdevelopment, the northern Bulgarian Black Sea coast remains a place of relatively unspoiled nature, picturesque beaches and cliffs, historical sites and landscapes to remember. It is the home of rare ecosystems, like the easternmost edges of the great Eurasian steppes. Its location on the Via Pontica migratory route is why in spring and autumn its skies are full with birds, many of them endangered species.

Obviously, the northern Bulgarian Black Sea coast has a number of drawbacks as well. Its waters are colder than those in the south and the summer season is shorter. "Luxury" and not-so-luxury hotels and summer homes have appeared in the strangest of places.

Lovers of free camping tired of the south's overdevelopment have migrated north, filling once quiet beaches with their campers and caravans. Wind turbines were build along the bird migratory routes. Poaching in protected areas is not unheard of.

All of this is the result of something that can broadly be labelled as private initiative. In the spring of 2018, however, the government itself did something that would damage the gentle balance between unspoiled nature and construction development along the northern Black Sea. Neno Dimov, the minister of the environment, waived the protected status of Bolata, one of the best beaches in the area.

Bolata defines the northern edge of Cape Kaliakra, a nature and archaeological reserve that is inhabited by scores of rare bird species and preserves the ruins of a famed ancient and mediaeval fortress. The site is near Kavarna, a drab town until recently known for its crowd-pulling concerts of Western rock bands.

Bolata's protected status was due to its importance for several rare plant and animal species. Its beach is the only natural sand strip along this part of the coast.

It is that sand that both tourists and the locals of the nearby Balgarevo village are after. While Bolata was still within the Kaliakra reserve, tourism development at the beach was banned. This irked the locals who believed they were robbed of their rights over the village's own beach. The tensions intensified as Bolata gained notoriety with holidaymakers. Happy with the place and oblivious to regulations, they piled their garbage high in the grass and parked their cars on the sand. To stop this, in 2016, the government put concrete blocks barring vehicles. Then the locals rebelled. They claimed they were denied access to their land and removed the blocks, threatening massive protests.

A stalemate ensued: How can Bolata remain pristine without violating the right of people to visit it?

As far as the current government was concerned, the solution was not better control over people sunbathing on the beach. Neno Dimov simply removed Bolata from the Kaliakra reserve altogether. The Kavarna Municipality's hands were untied to rent the beach to the highest bidder. Whoever wins the bid, they will introduce paid-for parasols, deck chairs and a bar blasting out loud music. The peace and tranquility that nature sanctuaries require will be gone. The minister, who belongs to the ultranationalist coalition partners of Boyko Borisov, billed his own action "just." Local people knew best what to do with their ancestral land, he claimed.

The problem is that in Bulgaria, when locals get control over a protected area – particularly on the Black Sea coast, they quickly forget about regulations, nature protection and sustainability. What they are after is fast money. They start erecting restaurants, bars and hotels. If environmentalists organise a protest, they organise a counter-protest, and that's about it. This explains why the southern Black Sea coast looks the way it does now.

This will most probably happen to Bolata too, in spite of Dimov's assurances that construction will not be allowed as the beach will remain a protected area with a lesser legal status.

Bolata is hardly Dimov's first controversial decision since he took office last year. The minister supported the construction of new ski facilities in Pirin National Park. Last May he declared that the project for the construction of a nuclear power plant at Belene, an earthquake area, was "safe." The Bulgarian minister of the environment has also repeatedly stated that global warming is a "lie."