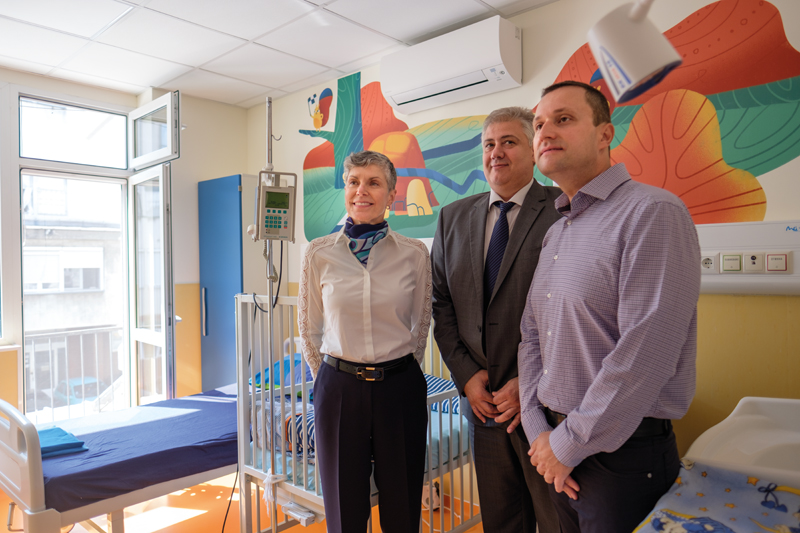 From left: Nancy Schiller, President of the America for Bulgaria Foundation, Professor Asen Baltov, MD, Director of Pirogov, and Nikolay Traykov, Design & Construction manager at the ABF, during an inspection at the Children's Ward

This is why when the children's department of Pirogov Hospital in Sofia announced that it is making its first overhaul in decades, the America for Bulgaria Foundation decided to do something about it. The foundation offered to turn the renovated facilities into colourful, optimistic spaces welcoming for both the patients and their parents.

The Little Heroes's cause has garnered a number private donations as well as the support of major companies.

The inconclusive list includes Ikea, which provided the furniture and the beddings; Walltopia, which built an interactive aquarium for the lobby area; and Tribal Worldwide Sofia, which stood behind the project's visual identity. The architects from Lee Skolnick's studio provided the conceptual project, and Bulgarian tennis star Grigor Dimitrov became the "face" of the Little Heroes campaign.

As a result, Pirogov's children ward is now something never seen before in a Bulgarian hospital. Superheroes and scenes from Bulgarian fairy tales and La Fontaine fables cover the walls. The lobby has been turned into a seabed replete with an interactive aquarium and a submarine. In-house patients can have fun in playgrounds, including a castle and a purpose-built playroom on the first floor. 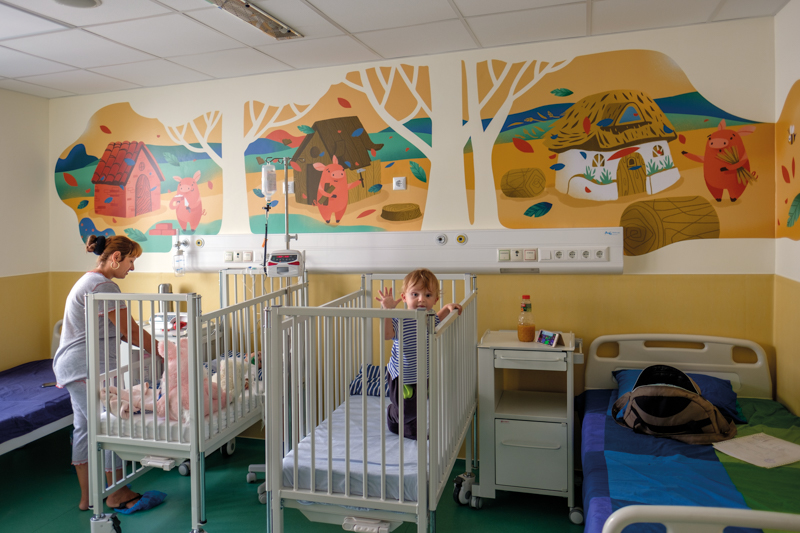 A renovated room in the Neonatology Department

Pirogov is a hospital everyone living in Bulgaria is familiar with as it is the biggest institution in the country specialised in emergency healthcare and followup treatment. Its children's ward is staffed by approximately 250 doctors and 450 nurses, and deals with around 300 kids monthly. About 60 kids stay for longer treatment. Patients from all over the country are accepted in the department for neonatology, neurosurgery, surgery, urology, abdominal surgery, chest surgery, burns. The hospital has a specialised operating theatre and an intensive care ward for children. "This makes us the highest instance in children treatment in Bulgaria," says Professor Asen Baltov, MD, Director of Pirogov.

The Little Heroes project brings cooperation to a new level. "It's been amazing that we haven't had to work hard to get support from donors and firms for the project," said Nancy Schiller, President of the America for Bulgaria Foundation, during an inspection visit at Pirogov. "They were very, very generous. They know how important Pirogov is. Little Heroes is a really a nice demonstration project for transparency and teamwork, serving as an example for leadership and humanitarianism. When we first walked through here, last February, it was a depressingly different picture. To see what's come is encouraging, just wonderful."

The foundation's ambition is even bigger. It works for the creation of a partnership between Pirogov's Children's Ward and the Lurie Children's Hospital in Chicago.

The new children's ward should be ready by the end of September-early October.

Just send a DMS with text DMS PIROGOV to 17 777 (for Telenor, VIVACOM and Mtel clients). The America for Bulgaria Foundation will then double your donation. 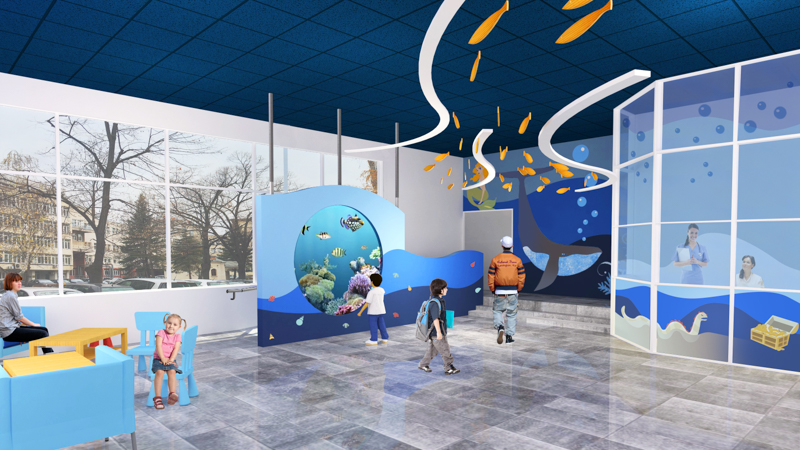 REMEMBERING 11/11/18
The eleventh hour of the eleventh day of the eleventh month: 99 years ago, the moment when the Great War ended was perhaps chosen to be easy to remember.
GOING, GOING, (ALMOST) GONE!
This would have been the perfect story for Andy Borowitz.