The local hacks would not have noticed had it not been for Novosti, a Serbian newspaper: Boyko Borisov has sent a gift to his Serbian counterpart, Aleksandar Vučić, depicting the two state leaders at an inspection of the Turkish Stream gas pipeline project. 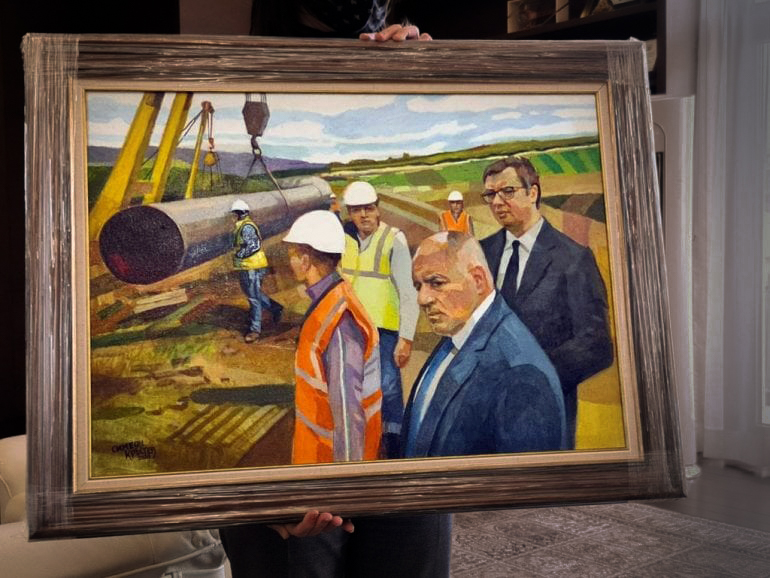 The picture, in oil, executed in the best (or worst) traditions of late Socialist Realism was immediately picked up by social media users. They were quick to come up with their own variants, ridiculing Bulgaria's Borisov whose authoritarian methods they claim increasingly resemble those of his Communist-era predecessors.

The Bulgarian Council of Ministers sent out a press release that the picture in question was one of a series of artworks commissioned by Arkad Engineering & Construction, the Saudi Arabian contractor for the pipeline project. 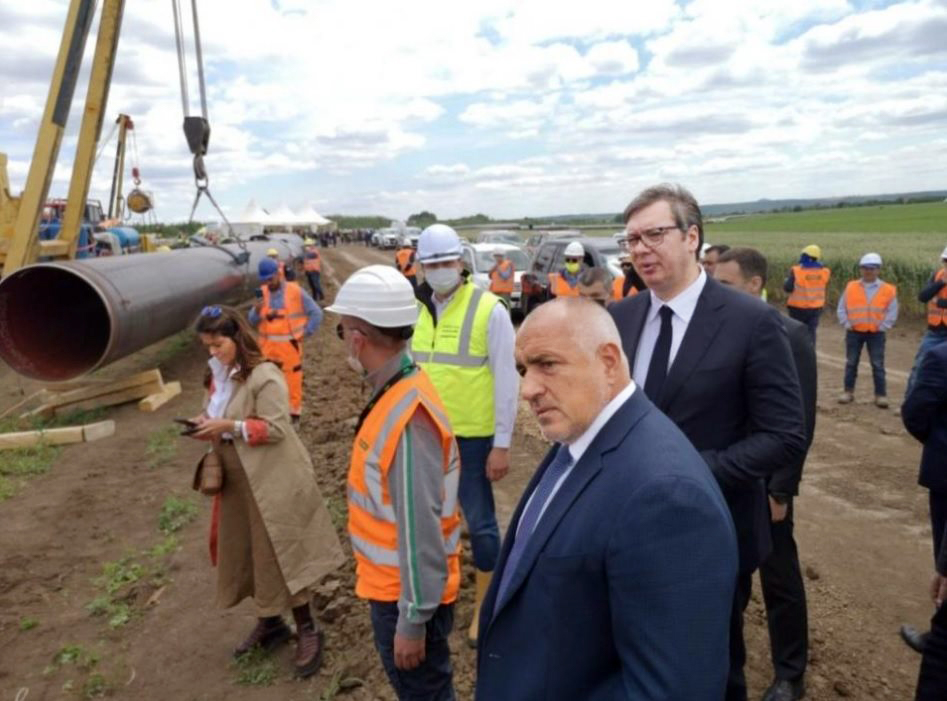 The picture was inspired by a photograph released by the Council of Ministers when Vučić visited in the summer of 2020. Its painter was none lesser than Simeon Krastev, a famous Bulgarian artist and illustrator whose work has included many opera, theatre and movie posters.

Krastev was invited into a TV studio to discuss his Boyko Borisov oeuvre. He refused to acknowledge it was in any way "Socialist Realist," and insisted it was just realist: "I couldn't have painted an abstract portrait of the prime minister." He added it was perfectly OK for artists to work on commission from state leaders. In fact they have done so, Krastev said, since the times of Titian.

The Bulgarian facebookers, however, were not mollified. They produced dozens of copycat pictures ridiculing both the artist and the prime minister: from adding Putin in the background (indicating their conviction the pipeline project was his brainchild) to running a doctored photograph of Stalin (where someone in the original picture was "disappeared") to... getting involved US Senator Bernie Sanders wearing his telltale mittens sitting in front of the notorious picture of Borisov and Vučić. 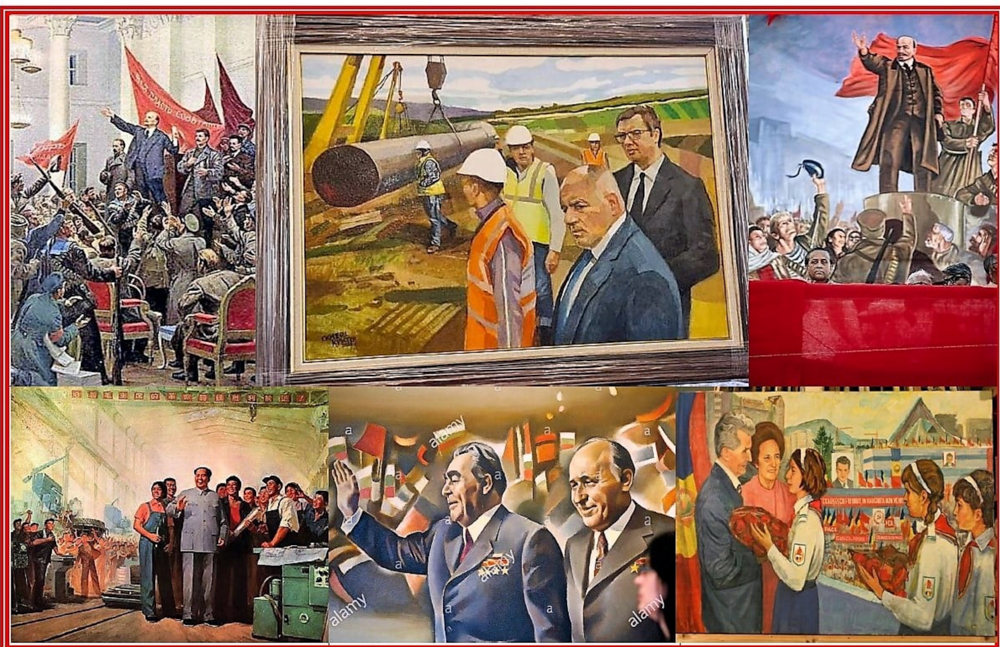 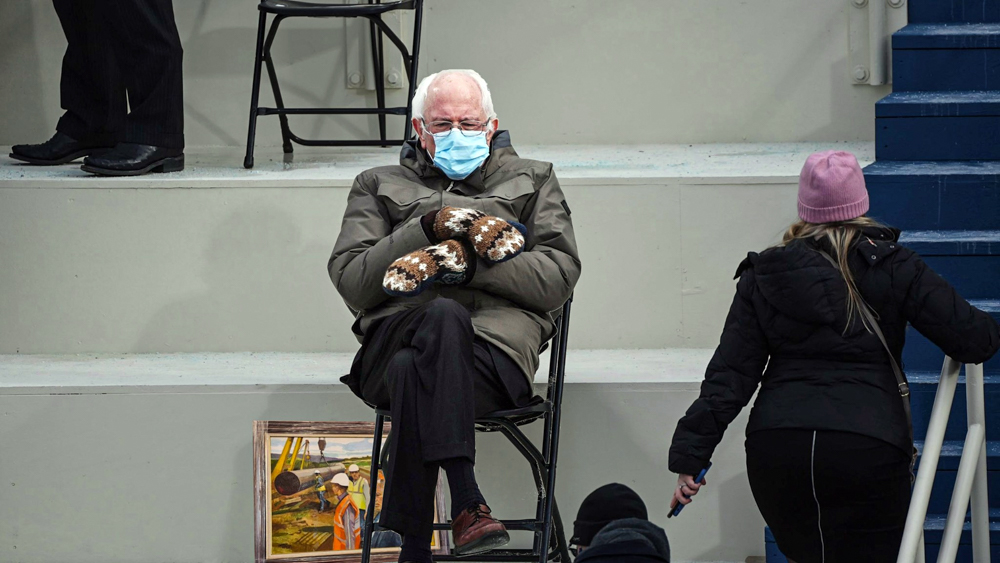