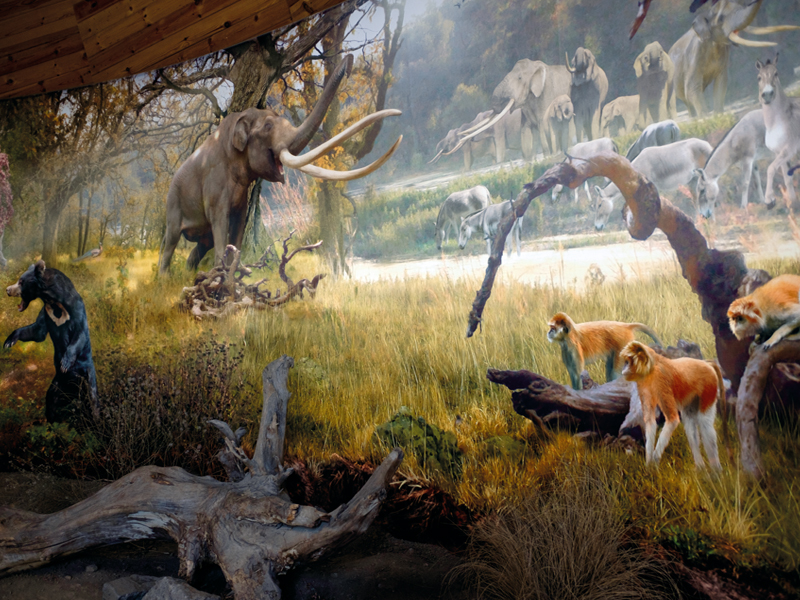 The mastodons roamed along the banks of a river, munching on the vegetation under the canopy of a tropical forest, oblivious to the screams of the monkeys and the presence of rhinos, but watching out for the lions and sabre-toothed tigers that were never far from the watering hole.

The river attracted all of these animals but, from time to time, a visit here could prove fatal. As the water swept away the remains of the dead bodies, they eventually started to collect at one of the bends of the river. There the bones accumulated, along with other debris, and over time they became fossilised.

This was how the Pliocene paleontological site at Dorkovo village, near Velingrad in the Rhodope, was formed.

Bulgaria's historical heritage is so rich that its paleontological sites are overlooked, and Dorkovo is one of the most significant of them. It belongs to the Pliocene era, the time between 5.3 million and 2.58 million years ago when the modern continents were almost formed: the Mediterranean Sea was being created from what remained of the ancient ocean Tethys, the land connections between North and South America and between Asia and Alaska were established, the overall climate was hotter and the sea level was 25m higher than it is today. The Pliocene was also the time when, in faraway Africa, the first apes and our distant ancestor, the Australopithecus, appeared. 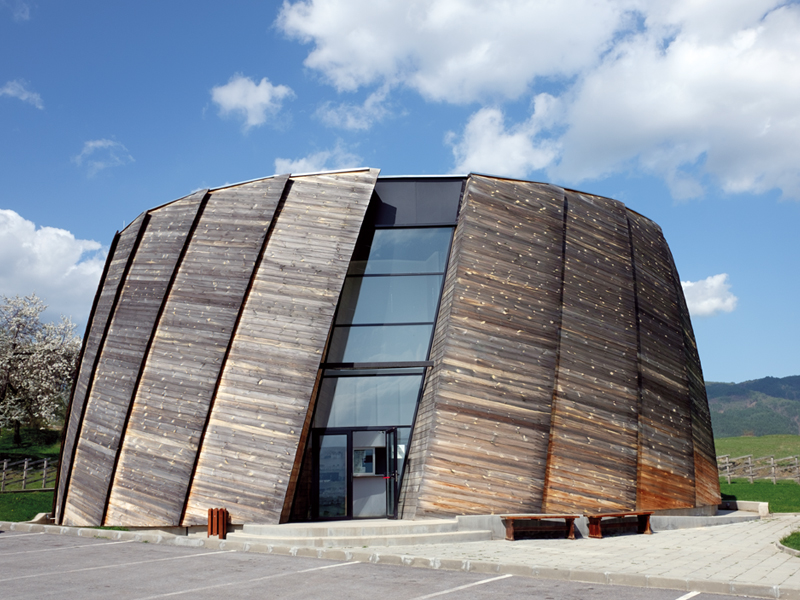 The museum in Dorkovo opened in 2013

The remains of the prehistoric animals near Dorkovo were first discovered by a local teacher in the 1930s, but it was not until the early 1980s that geologists revisited them, triggering the interest of palaeontologists. In 1985-1987, a Bulgarian-French expedition surveyed the site only to realise that they had stumbled upon one of the richest finds of early Pliocene fauna in Europe and the richest one of Anancus arvernensis mastodons on the continent, including calves still with their baby teeth. About 3m tall and weighting up to 5 tons, these giants looked like modern elephants, but had much longer tusks reaching up to 3m in length. While mastodons are relatives of the more famous woolly mammoths, they are a different genus and became extinct much earlier, at the beginning of the following geological epoch, the Pleistocene.

The idea for the creation of a museum on the site at Dorkovo appeared for the first time in 1987, but actual work started in 2008. Construction began in 2012, as part of a project to promote the village as a tourist destination. In 2013, the Pliocene museum was opened: a novelty for Bulgaria as it combined modern architecture and interactive displays.

The small museum is dominated by a model of a mastodon, an exhibit of real tusks (found not here, but around Yambol about 200 kilometres away) and of some fossils, a recreation of a paleontological excavation site and a 10-metre diorama recreating the habitat of these prehistoric animals. There is also a proper soundscape.

The ticket also covers the entry fee to the nearby mediaeval fortress Tsepina. Both sites are an easy trip by car from Velingrad.

For more of Bulgaria's paleontological past, including the sight of the strange Deinotherium, which was related to elephants, and had backward facing tusks in its lower jaw, visit the Paleontological Museum at Asenovgrad (Badelema neighbourhood, 212th St), and the Museum of Paleontology and Historical Geology at Sofia University (main building, north wing, floor 5). 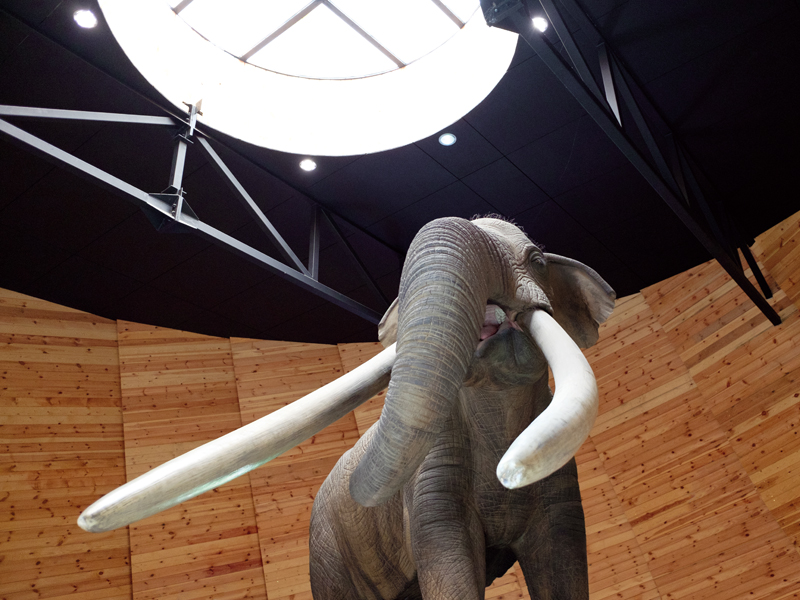 Reconstructed mastodon. Five million years ago, these giants were native to what is now the Rhodope mountain