To Bavarians, Munich's Oktoberfest is what home-made rakiya is to Bulgarians: a source of pride, joy and merry-making. Yet the scale is dramatically different. 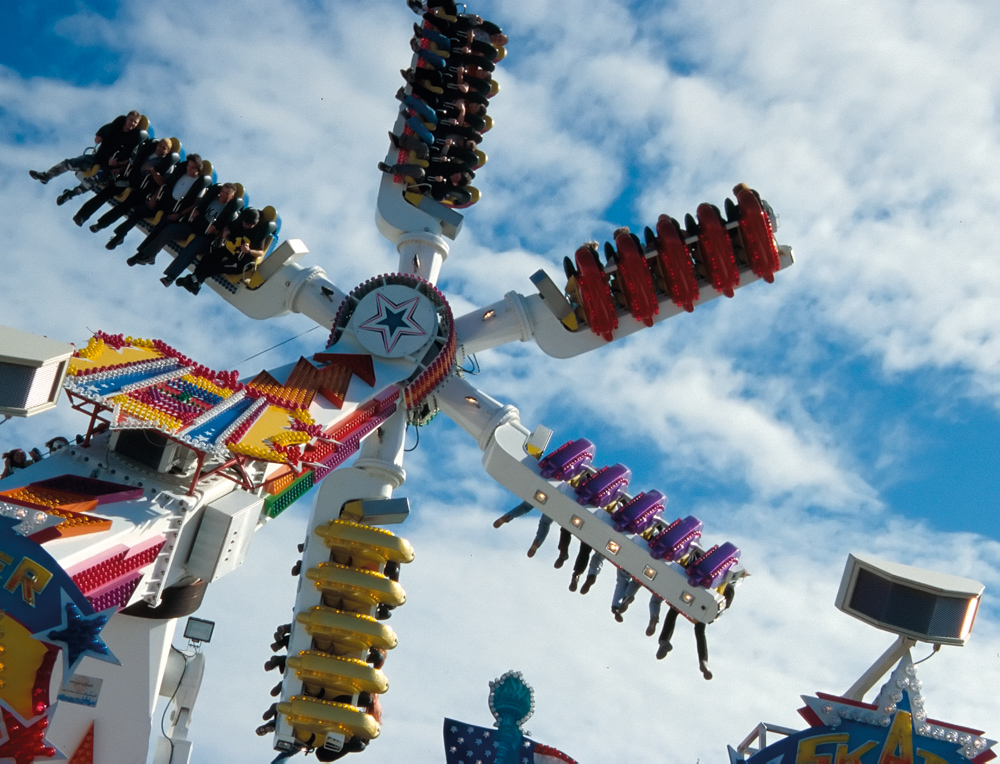 Unlike the freshly brewed rakiya savoured in small glasses amid a handful of fellow brewers or family members, at Oktoberfest, which celebrates the new beer produced by Munich's breweries, beer is drunk in one-litre tankards, called Maß, in the company of hundreds of thousands. Oktoberfest is the largest public festival in the world.

A mammoth affair, the event needs an equally grand setting, and this is the Theresienwiese – an area of 104 acres in which 14 tents are pitched. "Tent" is an understatement, as these are solid constructions that take three weeks to assemble and can accommodate up to 100,000 people.

Most of them are Bavarians (72 percent in 2007) and most of them are here to drink beer. The drink served in the tents on Die Wiese (short for Theresienwiese) is produced specially for the festival, which this year will take place from 20 September until 5 October. Darker, stronger and tastier than the usual type sold in bottles year-round, it is transported to Die Wiese in barrels on horse-driven carts. It is so special that nobody can drink it before the official opening. In keeping with a tradition established in 1950, at 12 o'clock on the first day of the festival, the Munich mayor taps the first keg in the Schottenhamel tent and publicly declares in the local vernacular, O'zapft is! or "It's tapped!"

What follows is a three-week beer celebration complete with attractions, food, brass bands and acknowledged byw the Guinness Book of Records as the largest human gathering in the world. In 2007 this meant 6.2 million people who drank 69,406 hl of beer, ate 104 roast oxen, 142,253 pairs of sausages, 58,446 units of pork knuckles and 521,872 chickens.

Besides the beers produced by Munich's "Big Six" breweries, the 1,600 waitresses clad in traditional Dirndl costumes are something Oktoberfest just cannot go without. These extraordinary women, employed specially for the festival, must practise out in the gym for the remaining part of the year: They can carry 10 full Maße at a time.

They have to, if they are to cater to the world's most popular event. In fact, the fest's aim is more or less the same as it was nearly two centuries ago when it was established – to provide fun for the masses. The first Oktoberfest was held in 1810, when Bavarian Crown Prince Ludwig, who would later become King Ludwig I, married Therese of Saxe-Hildburghausen. The celebrations were held on a meadow – later named Die Wiese after the bride – outside the city gate. They began on 12 October, lasted five days and ended with a horse race. Munich's citizens enjoyed the event so much that they had another one next year. And then again and again. In 1872 the start of the Oktoberfest was moved to the third weekend of September – the weather is warmer then and people can stay in the open. A few years later the sale of beer and bratwurst was allowed, and at the end of the century the first glass mugs appeared on the wooden tables. The fest began attracting foreign tourists in the 1960s, but is still mainly a Bavarian entertainment. Most of the foreigners are from the United States, Japan, Brazil and Australia.

Whether a first-timer or a veteran, in the end Oktoberfest faces you with the question you will be asking yourself if savouring newly brewed Bulgarian rakiya: can I handle one more?

The tents serve beer from 10 am until 10.30 pm on work days and from 9 am until 10.30 pm on Saturdays, Sundays and holidays. The tents close at 11.30 pm, apart from The Käfer Wiesn-Schänke and Weinzelt, which are open until 1 am, but take last orders at a quarter past midnight. Visitors accompanied by children under six must leave at 8 pm. This year is the last in which smoking inside the tents is allowed. The price of a Maß is between 7.80 and 8.30 euros.