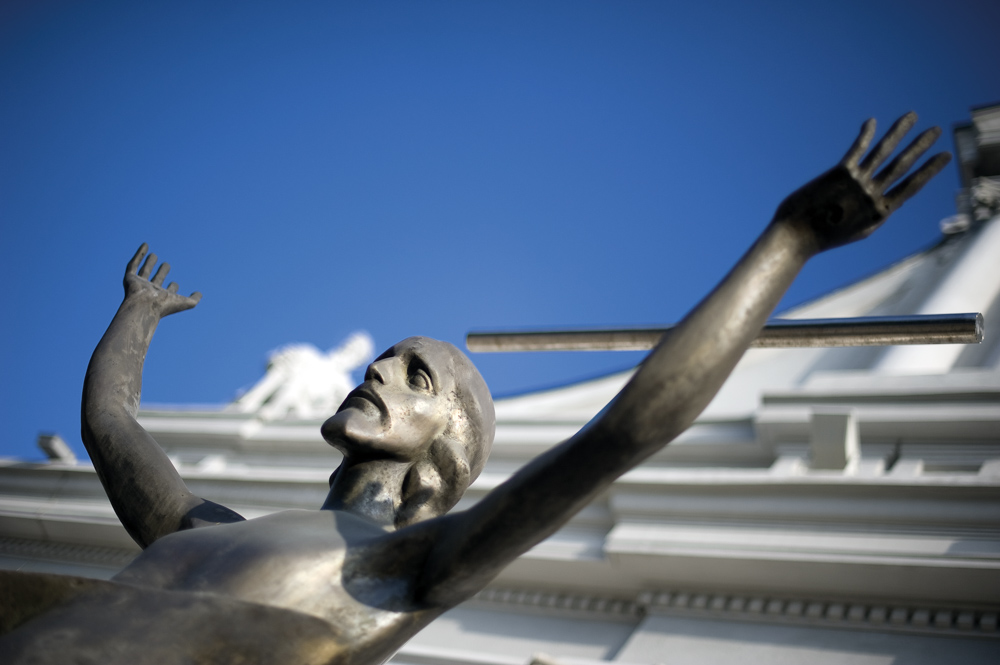 Inhabited since Neolithic times, Plovdiv claims to be one of Europe's oldest cities. As the millennia passed, people were not the only inhabitants of the seven hills by the Maritsa River and their environs. Gods also lived here, brought and nurtured by generations of worshipers. Among them are the long forgotten deities of long forgotten Neolithic peoples, the enigmatic Thracian Rider and a local deity with the name of Kendrisos, plus a host of divine immigrants, including the Greek Apollo and Asclepius, the deified emperors of Rome, and the Semitic Baal and Sabazios of Asia Minor. Jehovah and Jesus arrived at the very beginning of the common era, and the faith of Allah and his only prophet Muhammad settled in the city in the 1370s, along with the Ottomans.

All of these – and many more – had their shrines and places of worship, some of which still exist today. The story of those lost ones is long and sad. A Neolithic sanctuary was destroyed by an enterprising businessman in the late 1990s, and the Thracian Rider shrine was overbuilt during the Middle Ages. A Christian basilica rose on the spot where the great temple of Apollo Kendrisos stood, on the highest peak of Dzhendem Tepe hill. The ruins of the both structures were destroyed for no particular reason under Socialism. That period saw also the discovery of a 3rd Century synagogue. This, however, was destroyed to make room for a block of flats. Dozens of mosques, large and small, were also demolished after 1885, when Plovdiv and the Ottoman province of Eastern Rumelia broke with the sultan and united with the independent Principality of Bulgaria.

Plovdiv, however, still retains the spirit of a cosmopolitan city, not only by nationality and culture, but also by religion. It is one of the few places in Bulgaria where three world religions and numerous other faiths still muster a lively crowd of believers.

Roman Catholicism is Bulgaria's fourth most popular religion and has its roots deep in the soil of Plovdiv, stretching as far back as the Middle Ages. This faith flourished particularly in the 1860s, during the Bulgarian struggle for independence from the Greek-dominated Constantinople Patriarchy. A great number of Bulgarians adopted the Roman form of worship at that time.

The Catholic cathedral was built on the initiative of the local Papal representative, Andrea Kanova. Constructed in the Baroque style, the first organ in Bulgaria was installed in 1861 and a belfry with Bochum manufactured bells was added in 1898. The church underwent extensive renovations after a devastating fire in 1931. It has retained, however, its most moving feature, the beautiful sarcophagus crafted by the Italian sculptor T. Gentile for Bulgarian Queen Marie Louise, who died in 1899.

Unsurprisingly, in a place like Plovdiv, the cathedral stands on a spot thought to have been sacred to generations of Plovdiv citizens. In the 4th to 6th centuries, the greatest and most beautiful basilica in the city drew worshipers here. It fell into ruin after the arrival of the Barbarians, but was soon turned into a Christian cemetery.

When: Beginning of the 15th Century 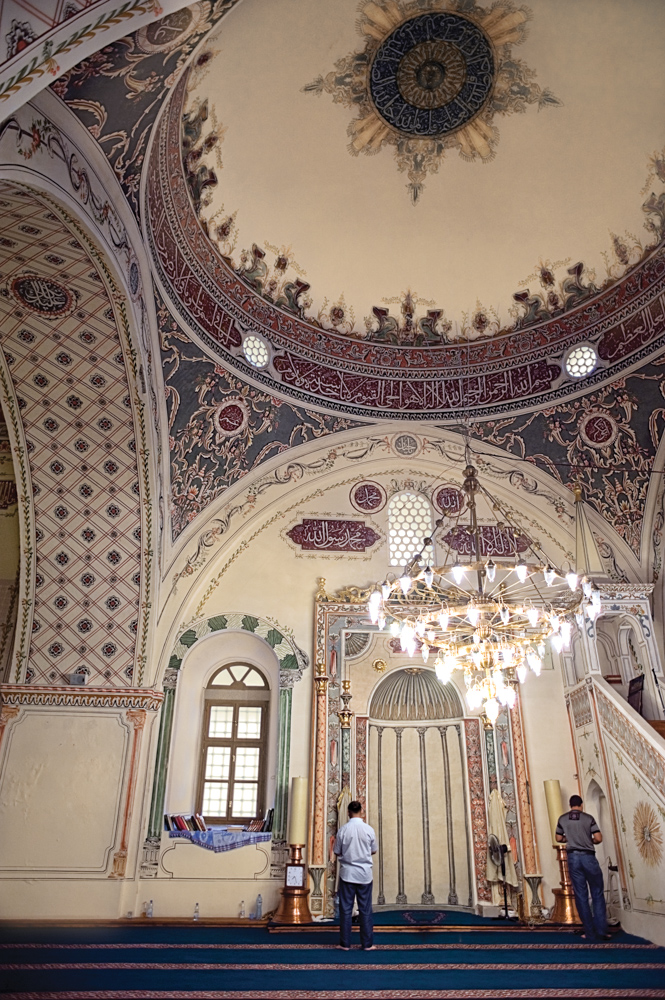 The exact year when one of the oldest and grandest mosques in Bulgaria was built is not known. It happened during the rule of either Sultan Murad I or Sultan Murad II. Whatever the truth, the great Friday mosque – hence the name Cuma – is still at the centre of city life. In Ottoman times a bustling market surrounded it and today hundreds of tourist pass by on their way to the Old City. Until recently, even the square bore the name of the mosque, before being renamed after the ancient Roman stadium excavated a few metres away.

The Cuma Mosque is as beautiful as it is old. Its prayer hall is 33 metres long and 27 metres wide and is crowned with three domes covered with lead. Visiting the mosque, particularly during the heat of summer, is highly recommended. The interior has an airy quality and its 19th Century decorations have been lovingly restored over the last few years. 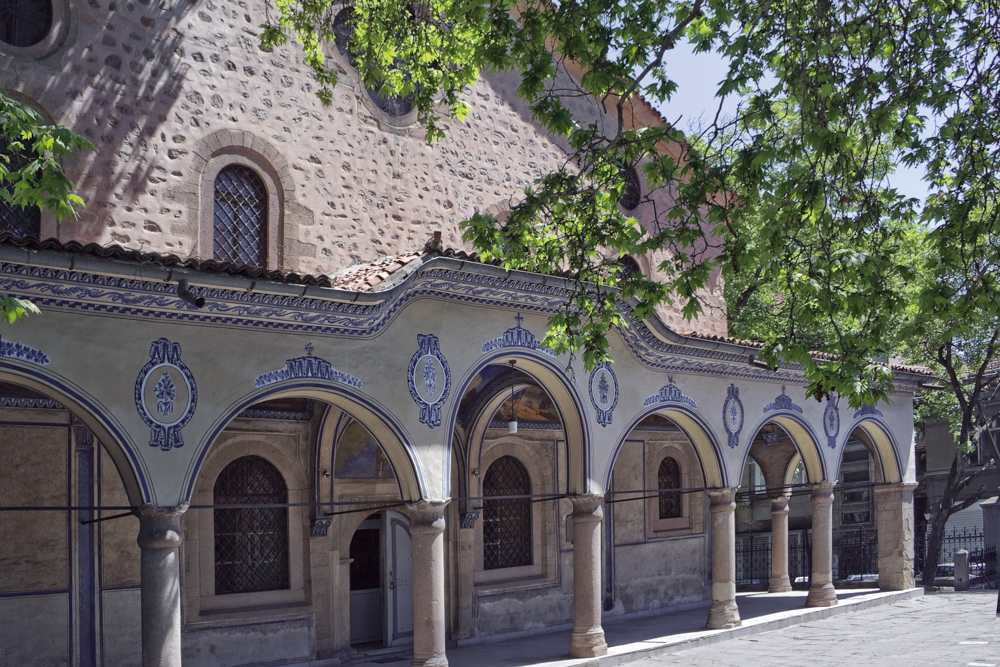 St Marina Church was the main seat of the bishop of the city from at least the 16th Century and was destroyed by fire several times between then and 1851, when a stronger building on stone foundations was finally erected. Seven years later, one of the leading artists of the period covered its open-air portico with Biblical scenes, copying the Baroque masters, Michelangelo included. The iconostasis took three master craftsmen four years to carve, and is considered a masterpiece with its gorgeous carnations, roses, peonies and sunflowers, and its lively nightingales, eagles and doves mingling with dragons, winged lions and angels.

Today, however, a visit to the church will leave you with mixed feelings, at best. At the end of 2011, St Marina fell victim to something which the local clergy called restoration works. The old marble slabs covering the floor were replaced with modern tiles, the carvings were mercilessly covered with gilt and – what is most shocking – the old murals inside the church were whitewashed and replaced by wallpaper decorated with icons. A scandal erupted between the Plovdiv Bishop Nikolay, who obviously liked the changes, and the Ministry of Culture. The original murals are still hidden under the wallpaper.