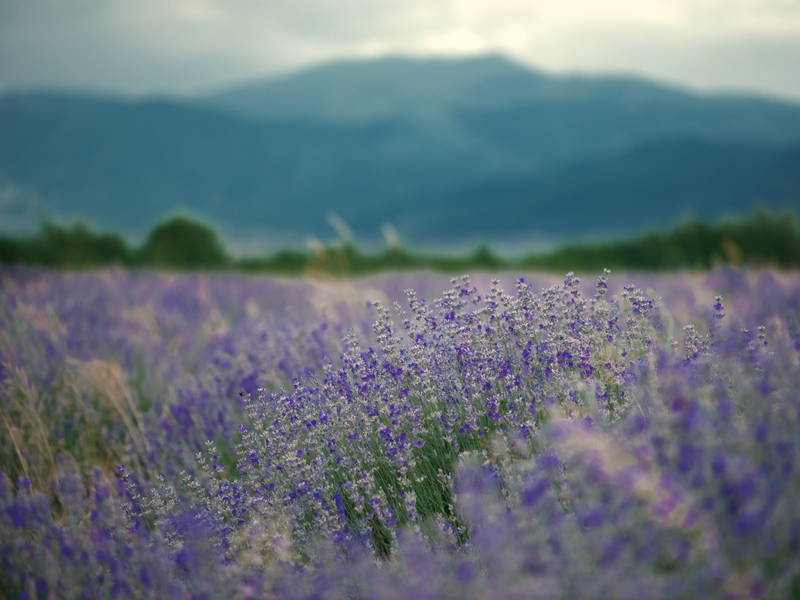 The oil-bearing rose is considered one of Bulgaria's symbols, but it already has a strong competitor, lavender. Every summer for the past several years the fields between the Stara Planina and the Sredna Gora mountains have been turning purple with rows of lavender plants. Spreading towards the background of the mountain ridges, the plants make you dizzy with their overpowering scent and vivid colour.

Few perfumes would be the same without the precious presence of lavender, and even the tiniest trace of its scent awakens memories. Some recognise the preferred perfume of their mothers, or the scent of their freshly-shaved fathers, or the aroma of their grandmothers' wardrobes packed with dried lavender to ward off moths.

Native to the Mediterranean, lavender was a stranger in the Bulgarian lands.

In 1907 the first bushes were imported from France, and the Bulgarian soil proved ideal. Lavender flourishes on dry and poor mountain soil at an altitude of up to 800 metres. It needs plenty of sun, but can survive temperatures as low as -30ºC.

A perennial plant, lavender lives for 25-30 years. On average, a quarter of an acre produces 500 kgs of flowers and 5 kgs of oil.

Production decreased rapidly after 1989. Land and oil-distilling factories were returned to their pre-1944 owners, few of whom knew anything about or wanted to take on production. The lavender fields shrank fourfold and for a decade the entire production of the country hovered at just about 5 tonnes. This trend continued even in the early 2000s, when low prices for lavender oil discouraged production. Back then, a kilogram of lavender oil cost about 23 euros.

In recent years, however, the tide has turned. Local companies, both new and the heirs of pre-1944 producers, started putting great effort and expertise into reviving lavender oil production. Some are even certified organic. Between 80 and 90 per cent of Bulgarian lavender oil is exported, mainly to France with its huge perfume and cosmetics industry. There are also some Bulgarian companies specialising in natural cosmetics who grow their own lavender and oil-bearing rose.

What led to the revival of lavender production is a classic example of every cloud having a silver lining. 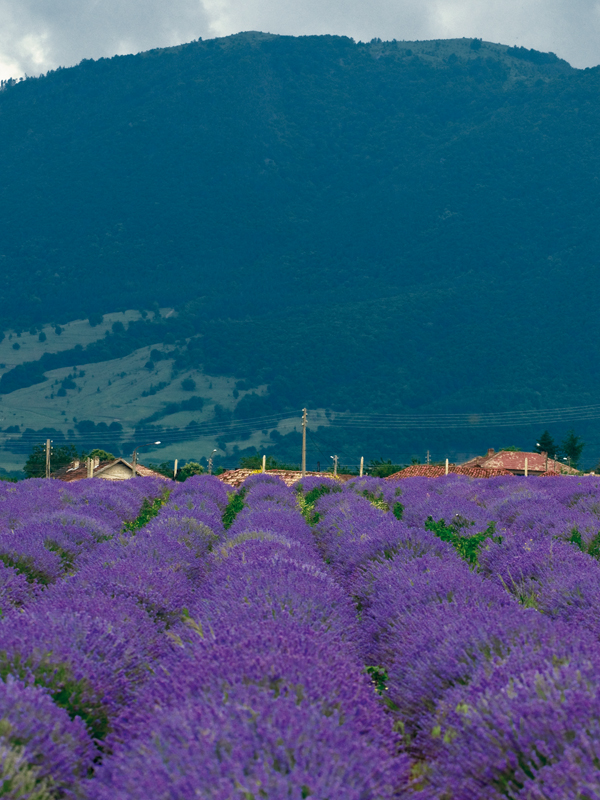 80-90 percent of Bulgarian lavender oil is for export

Lavender in France has been badly affected by a type of bacteria known as Stolbur's phytoplasma. The disease, which the locals call dépérissement, has been further exacerbated by climate changes.

Bulgarians have been quick to fill the gap. In 2011, France produced about 25-30 tonnes of lavender oil, while Bulgaria managed about 55-60 tonnes – a twofold increase on the previous year.

Prices for lavender oil increased accordingly. In 2008, a kilogram of high quality lavender oil cost 40-45 euros. In 2010 it reached 100 euros. The price remains at this level and today in Bulgaria it is twice as profitable to grow lavender instead of wheat.

There is something else which increases the appeal of Bulgarian lavender oil. For various reasons, including lack of money for proper equipment, most of the lavender planting and flower picking is done by hand, which automatically makes it a more natural product.

Cultivation by hand is also good for the local communities where unemployment is high and seasonal work is a welcome source of income. Most of the lavender pickers are Gypsies.

Lavender fields have now spread far from the valley between the Sredna Gora and the Stara Planina mountains. Purple rows of bushes can be seen in the northern parts of Bulgaria, where wild lavender has long flourished in the mountains, and also in the north-west. Seen as a sort of goose that lays a golden egg, being much easier to tend than the oil-bearing rose, lavender has seduced many farmers.

As with every other investment, however, lavender growing has its drawbacks. Many farmers have planted lavender on unsuitable soil, or bought low-quality seedlings, and it takes at least two years after planting before the first crop can be harvested.

Bulgarian lavender's worst enemy is overproduction. As in too many other areas from property to green energy, many people hop on the bandwagon of the next big thing before studying the market. In 2013 came the first unsettling news that stores were full to the brim with low-quality lavender oil, waiting in vain for a buyer.

Hopefully, Bulgarian farmers and producers won't kill their purple-feathered goose, and travellers around the country will continue to enjoy the huge purple lavender fields.