THE PURPLE, PURPLE FIELDS OF HOME

Natural panaceas do exist. In Bulgaria they come in the form of essential oils

It is just after nine o'clock on a Monday morning. While I have coffee with friends in the courtyard of Ivan Vazov's house in central Sofia, the ground floor windows of the edifice opposite open. The building concerned houses a laboratory. Soon, a strong scent of lavender wafts towards us. Or sometimes it's of mint, roses or geranium – the aroma varies. But it always manages to override the capital's musty air for a few minutes.

“This magic works only on Monday mornings,” says Nikola Nenov, the director of the Bulgarian Rose Laboratory where essential oils produced in Bulgaria undergo compulsory tests. The samples arrive at Ivan Vazov St shortly after the end of the harvesting season of each plant. The street usually smells of roses in May and June, of lavender in July and of geranium in the autumn. The “aroma bomb” arises when vapours, which accumulate over the weekend, gush out from windows as they are opened on Monday.

You have almost certainly heard about the Bulgarian oil-bearing rose. Today it's found almost exclusively around Kazanlak and has become a tourist attraction in its own right. However, you may be surprised to learn that Bulgaria produces about a dozen other essential oils of sufficient quality to make them part of Chanel's and Estée Lauder's perfumes. In fact, the oil that heads to Chanel's laboratories does not only consist of attar from roses. It is usually blended with other oils to create a bouquet of aromas. “We don't make the perfume as an end product, but only the base for it,” says Nikola Nenov.

Yet it seems that the rose will never lose its premier position on the glory list of Bulgarian producers. When writer Aleko Konstantinov described his enterprising (and rather pushy) character, Bay Ganyo, at the end of the 19th Century, he sent him to Europe to search for a market for his several precious phials of attar of roses. Neither Konstantinov nor Bay Ganyo mentions the rich aromatic characteristics of Bulgarian rose oil and the low percentage of allergens in it.

Second place goes to lavender. Bulgaria produces the highest quality essential oil from it after France. But strangely, in Bulgaria the plant is not seen as particularly valuable. Instead it's viewed as something quite common which, as wise grandmothers will attest, can help with any illness.

When you read its description in the encyclopaedia, you realise that Bulgarian babushkas are right. The scent of lavender reduces stress and depression, stimulates breathing and helps to alleviate respiratory illnesses and indigestion. A drop of its oil on the bed sheet is enough to repel mosquitoes for an entire night. Another one in liquid soap will fill your bathroom with a lasting fragrance. A drop on your lapel or collar will raise your spirit, but three of them in your bath in the evening will help you sleep. If you put some of it on a small wound, it will heal more quickly. Unlike most essential oils, lavender can be applied directly to the skin. It is also possible to use it on young children, though in smaller amounts. 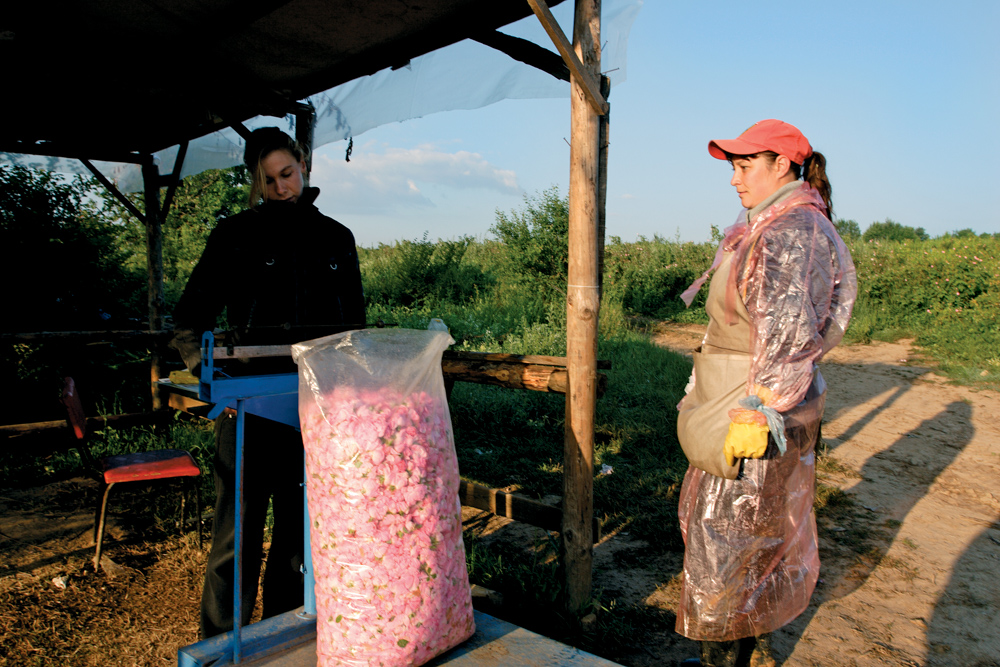 The most incredible thing about this real panacea is its price. A phial of lavender oil costs between three and five leva in Bulgaria. This is roughly a third of the price in Western Europe.

The essential oil from geranium, a plant that has the unpronounceable Latin name Geranium Macrorrhizum and can be found in any Bulgarian garden, is so exotic outside this country that five ml of it cost 20 euros – if you manage to find a foreign producer to buy it from, that is. But here the situation is completely different. Bulgarians are used to taking geranium for granted and even regard it as a weed. One of the reasons is its adaptability. It easily strikes root, grows in shade and partial shade as well as in the sun and even manages to survive when water is scarce.

For Bulgarians, the scent of geranium is one of summer's most attractive aromas. For the producers of quality cosmetics, it is a compulsory ingredient of sun protection or normal skin hydrating creams. Those who enjoy cosmetic experiments at home can mix a spoonful of distilled or mineral water, two spoonfuls of olive oil, eight drops of geranium essential oil and two drops of lavender essential oil. The mixture is a simple, yet efficient hand lotion.

You don't need to go to a chemist, however, to find some of the Bulgarian essential oils. There are no lemon trees in the yard of the School of Politics in Sofia, for example, yet the air there is suffused with the smell of citrus fruit thanks to the lemon balm that grows there inconspicuously. It has a similar scent to that of lemons and its essential oil is known for its active antidepressant qualities. Put two drops of it in your bath and your stress will evaporate and your powers of concentration will increase. In French shops, 40 of these drops are carefully measured and stowed in a two-ml glass phial that is yours for around 25 euros.

Perhaps there is some truth to the old adage that the best things in life are free. You just have to know where to find them.