Bulgarian President Rosen Plevneliev made one of his inimitable statements that will probably outshine even his 2013 New Year's speech in which he extolled Bulgaria's natural wonders while speaking in front of some stills taken at the Rocky Mountains in Colorado. 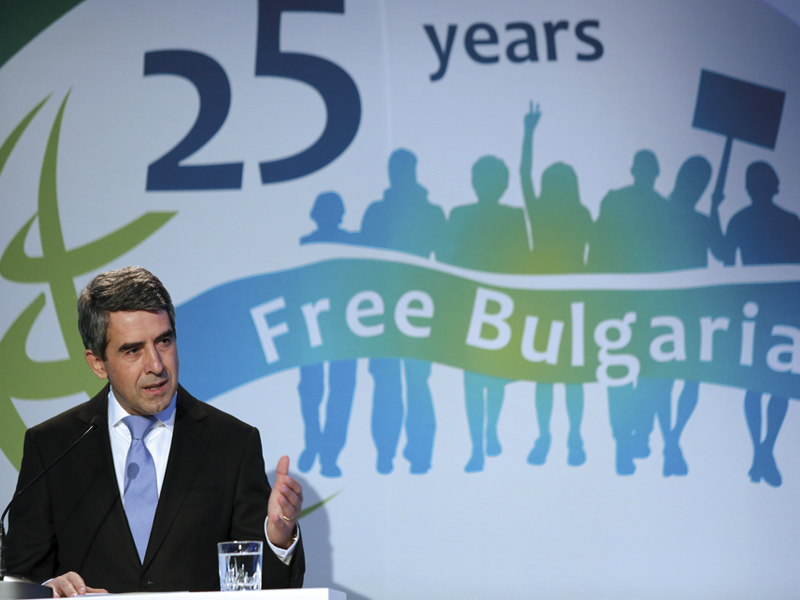 At the opening designed about the 25th anniversary of the downfall of Communism, the head of state had a sudden urge to remember: "You ask me what I was doing on 10 November. Let me tell you a secret. I was in the square and I took part in the rally. On this day I was helping a friend, Ilian Popov, to fix his student dorm room. We heard on the news that there was going to be a meeting at the National Assembly and that there was going to be a change in the country. As students we took up some pieces of wallpaper and drew two slogans on them. One said 'The Culprits Should Be Tried,' and the other said 'The BKP Palaces Must Be Turned Into Hospitals and Schools'. We carried these two slogans to the notorious rally. What impressed me is that when we got there we tried to give one of the slogans to other people, but no one took it. No one dared to. This was my 10 November."

Significantly, there was no meeting of the National Assembly on 10 November. There was no rally on 10 November 1989 at all. The first pro-democracy rally in Sofia took place on 18 November. On the previous day there was an official rally organised by the Communist Party to defend the appointment of Petar Mladenov who had replaced Todor Zhivkov. Participants in the rally remember that many citizens also came, some of them carrying anti-Communist slogans, but none was allowed to speak on the platform. Photographs from that day reveal that the two slogans Plevneliev describes were clearly visible at that rally. They were carried by four, not two people.

At that time young Rosen Plevneliev was a member of the Communist Party and also a functionary of its senior leadership in the Lenin School of Engineering, where he studied.

Now, which rally did President Plevneliev say he took a part in?