SEE SOME WRITING ON THE WALL

The message of the Dutch-inspired Wall-to-Wall Poetry project is plain and simple: unity is in diversity 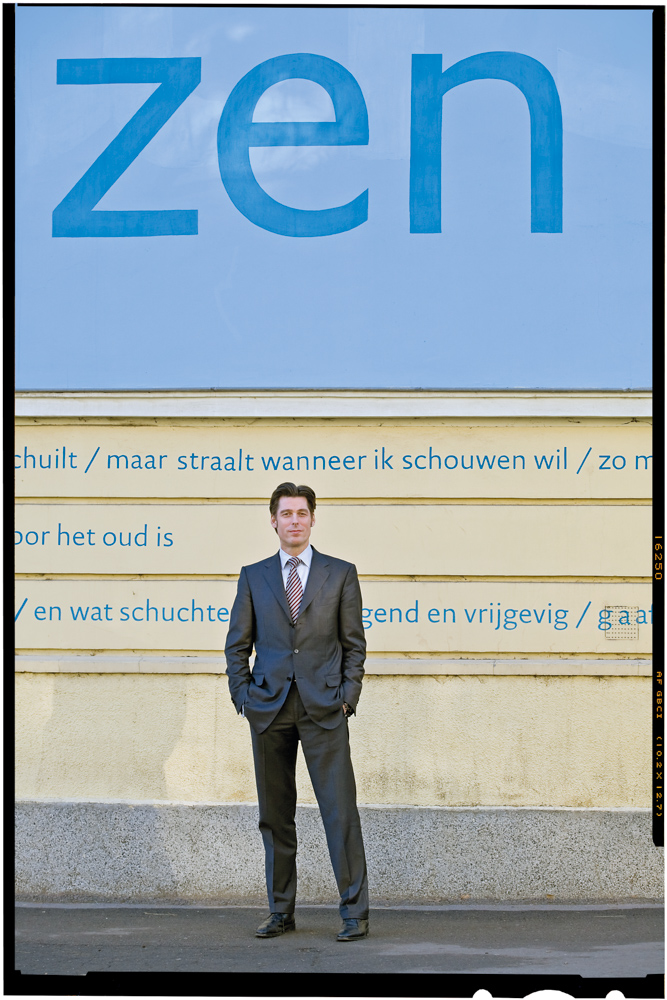 Willem van Ee has been ambassador of The Netherlands in Bulgaria since 2005, with less than a year to go. He believes in an EU with a human face, meaning that the European project is primarily for all of us peoples and citizens. Van Ee thinks that the colourful walls on the buildings in Sofia, which are part of the Dutch-inspired Wall-to-Wall Poetry project, will stimulate people's minds and make them believe that although every country is different, we are all united by the shared European values.

What is the meaning, the main idea and the message of this project?

What we wanted to do was send out a very clear message about the idea of the EU. The motto of the union is Unity in Diversity. All the countries that have become members of the EU have their differences – cultural as well as historical. But at the same time all the countries are connected through a common set of values, they speak the same European language of values. This makes the EU unique and strong at the same time. So what you will see on the walls of buildings in the city of Sofia is 27 poems from the EU states. All these poems are in different languages, but they talk about the same thing, the same values that unite us. In our union we are not trying to make individual countries look like other countries in the EU. On the contrary, we encourage the differences – and this makes our project far more exciting. At the same time European standards and values are valid for all of us. And also, these poems look fascinating on the walls of Sofia.

Where did the original inspiration come from?

It originated from the city where I went to university – Leiden. There we have on the city walls poems from all over the world. And back in 2004 when the Netherlands took over the EU presidency, we thought that it was a wonderful idea to do a similar thing in Sofia. When we have all the European poems on the city walls we are going to publish a poetry guide book in the summer of 2009. It will take visitors and citizens of Sofia on an exciting poetry tour around town. Sofia will be the first European city to have such walls, as far as I know. And the idea again is that these walls bring Europe closer to the people. Ordinary people walk by them, see them, discuss them and in this way they are getting the message of the EU, unity in diversity.

How far has the project gone now?

The Dutch wall was the first that was completed, in 2004. By now we have 18 walls. The Bulgarian wall is on the Hristo Botev high school, and the poem obviously is from Hristo Botev. This wall was a gift from The Netherlands. All the embassies are joining in to produce the guide book. There are still 12 more countries that are working very hard on their walls and hopefully by June 2009 we will have all of them ready.

Are there countries which don't want to have a wall?

No, all the countries and their embassies here in Sofia have been very enthusiastic about the project. The president of Cyprus came to me when he unveiled his country's wall in September this year and said: "This is the most wonderful project I've seen for a long time, because it carries a very optimistic, very positive and true message about Europe."

Who is the producer of the project? How are the poems and the artists selected?

Every embassy is responsible for its own wall. It can choose a wall, it can decide which poem to be written on it, in what colour it will be, how big; in short, they can decide on the artistic presentation of the poem. Of course there is a very intense cooperation with the Sofia City Council, in particular the city's chief architect. The marvellous thing is that each embassy is thinking really hard on which poem to choose as the poem really represents their country. Up to now I think that all the countries succeeded in selecting a poem that says it all. For example the French poem is called "Liberté."

Is the EU aware of the project?

Of course, through the member states and European Commission's representations here in Sofia. The project is still under development and we want to present it properly when everything is finalised. The poetry guide book will explain to people the idea and the message of the project, to guide them through Sofia to find all the walls if they want to and also explain about the meanings of the poems. I think it's a very good combination – poetry and the idea of the EU. The most important thing is that the poems should touch people, touch their hearts and their minds and make them understand that the European project is for each and everyone of us.

How long will the walls last?

The idea is forever. Every embassy has to maintain its wall, which is not always easy.

BEAR BOY
"Can I get you anything else, Bear Boy?" inquired the waiter of the neighborhood hole-in-the-wall café with an ill-contained smirk.
REGIME CHANGE, An excerpt
The white Renault parked in front of the House of the Communist Party. The chauffeur rolled down the window to have a smoke. Dimcho took a few moments sitting quietly in the back seat.
THE WRITER AS SPY
I have a story in which the main character is a voyeur. It is called The Red Room. Every few months this guy rents a new place to stay in search of more and more new scenes for observation.
RAKIYA, a short story
Comparisons of rakiya and other spirits are nothing new in Bulgaria – one such competition takes place annually in Sofia – but those contests consider alcoholic drinks mass-produced by established wineries and corporations.
RED TIDE
To defrost from a long Arctic Vortex and to draw mangroves in charcoal I flew to an artist colony near Fort Myers, Florida, on an elongated and thin island, a Key.
ALONE TOGETHER
We're in the time of COVID-19, and I'm in the southernmost country in the world, save for New Zealand and Antarctica.
THE SHAPES WE TWIST INTO
I've been to Bulgaria twice, separated by a gap of three years, though it feels like I've actually been to two different Bulgarias. This difference is on my mind as I think of how my home country, America, has changed in about the same timeframe.
DESCENDING EVEREST, An excerpt from a novel
Mt. Everest, April 2011
BEING HAPPY
The White Gentleman decided that the weather was too beautiful this morning to waste the day in everyday nonsense. Therefore, he put on his happy hat and flung the door open with a flourish.
SAN SALVADOR
If somebody's heart stops due to a trauma, such as a car accident or a fall, CPR cannot save them. I know this, but I don't know if it is the same with cycling.
THE BOY, BORN FROM AN APPLE
Once upon a time, a husband and a wife lived in a town. They were very rich, but had no children. They were very sad about this.