SHIROKA LAKA: PICTURE-PERFECT IDYLL IN THE HEART OF THE RHODOPE | VAGABOND Skip to main content

SHIROKA LAKA: PICTURE-PERFECT IDYLL IN THE HEART OF THE RHODOPE

The gentle slopes of one of Bulgaria's most enchanting mountain ranges, the Rhodope, are home to charming traditional villages and hamlets. Scattered in meadows, by rivers and in pine forests, their houses still have their old wooden window frames and roofs of stone slabs, the latter green and yellow from the generations of lichen growing on them. 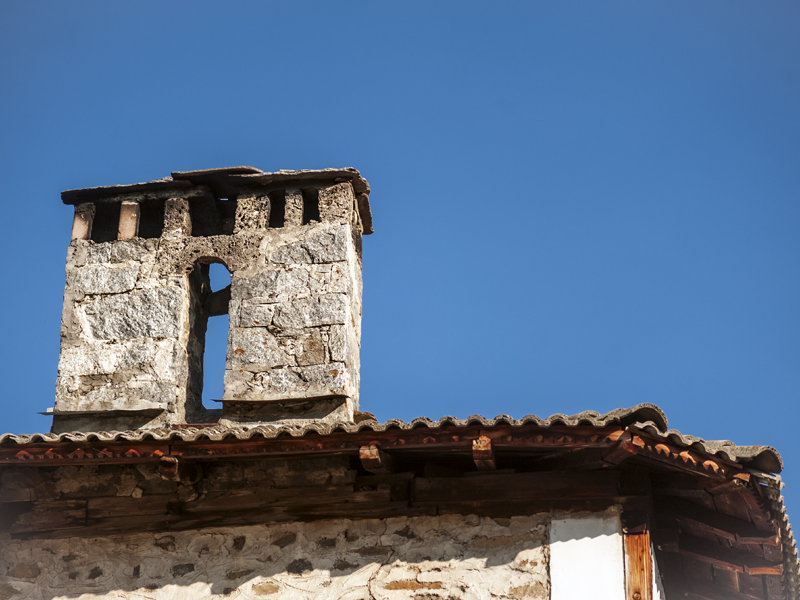 Made with stout beams and massive stone foundations, the houses smell of ageing wood and geraniums planted in old earthenware pots. The streets are made of cobbles.

Sadly, the old Rhodope villages are slowly disappearing. Some have been transformed beyond recognition by their inhabitants, who fancy new plastic window frames over wooden ones, and shiny roof tiles over stone slabs. Others are dying out, with their ageing and diminishing inhabitants leaving their abandoned houses to the mercy of the elements.

Still, there are places in the Rhodope which have braved the changes of modernity and the chaos of destruction. The village of Shiroka Laka is one of them. 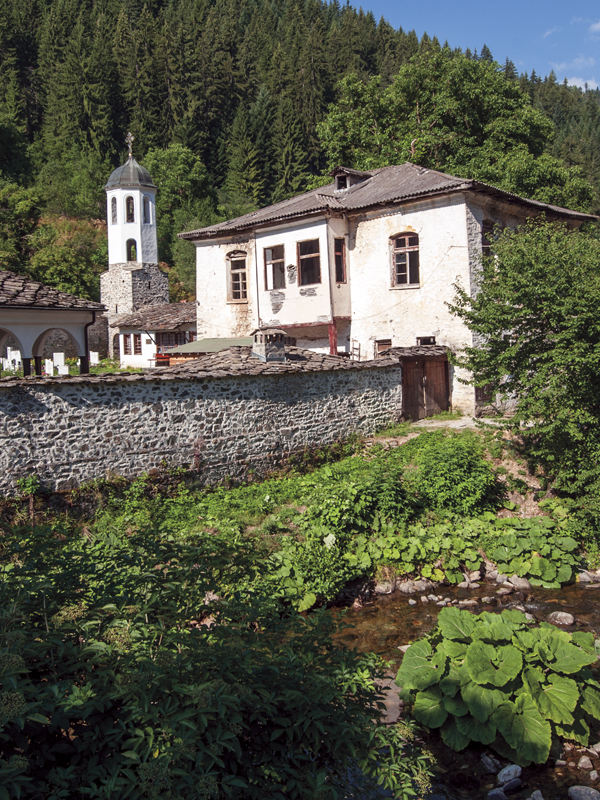 Situated near Smolyan, Shiroka Laka is an architectural and folklore reserve. There, the old architecture is protected, and a national school of folk music preserves the art of traditional melodies (although many of the students turn to the more profitable chalga after they graduate). As a result, Shiroka Laka is so popular with Bulgarians and foreigners that in high season it can be somewhat intimidating, with lines of cars parked in every possible place. And yet, the village remains one of the best Rhodope experiences.

Spread along the course of a small river winding between the mountain slopes, Shiroka Laka is a mosaic of one and two-storey traditional houses with heavy stone-slab roofs, the greenery of tiny gardens peeping out among them. Three of the most prominent mansions are now museums, the Zgurovski Konak being the most impressive of them. Other places of interest include the Church of the Assumption, built in 1834. 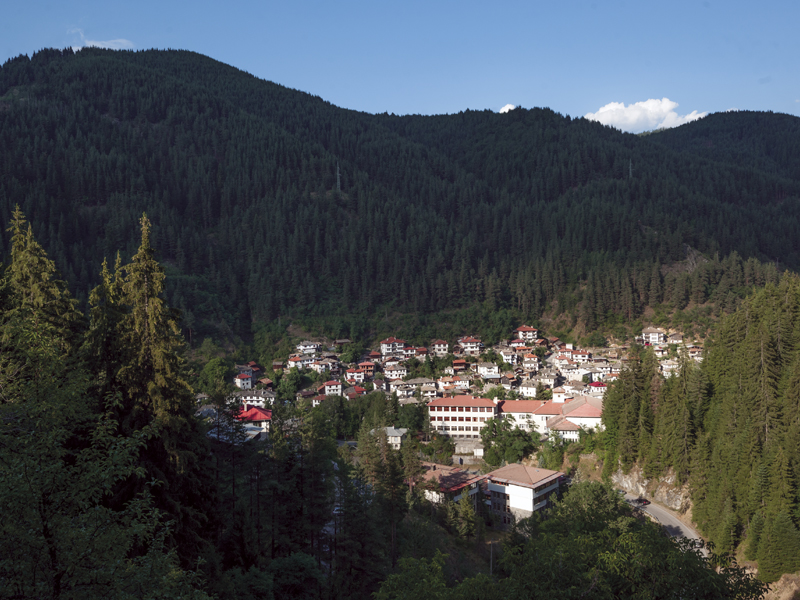 As with most traditional settlements around the world, losing yourself in the narrow lanes between the houses of Shiroka Laka is the best way to explore the village, and to enjoy it.

Today less than 500 people live permanently in Shiroka Laka, but the houses, the mansions and the church were built in times when the village was much more lively, in the 19th Century. Being one of the most prominent settlements in the area, inhabited by rich merchants and the owners of sheep flocks, Shiroka Laka played a significant role in Bulgarian life at the time.

In 1878-1879, the village was the centre of resistance organised by maverick revolutionary Kapitan Petko Voyvoda. Disagreeing with the clauses of the Berlin Treaty of 1878, which followed the Russo-Turkish War of 1877-1878, and left the Rhodope not in independent Bulgaria, but back under Ottoman rule, the captain made Shiroka Laka and the surrounding area a sort of independent entity, which lasted until 1879. The region joined Bulgaria several decades later, during the First Balkan War of 1912-1913. 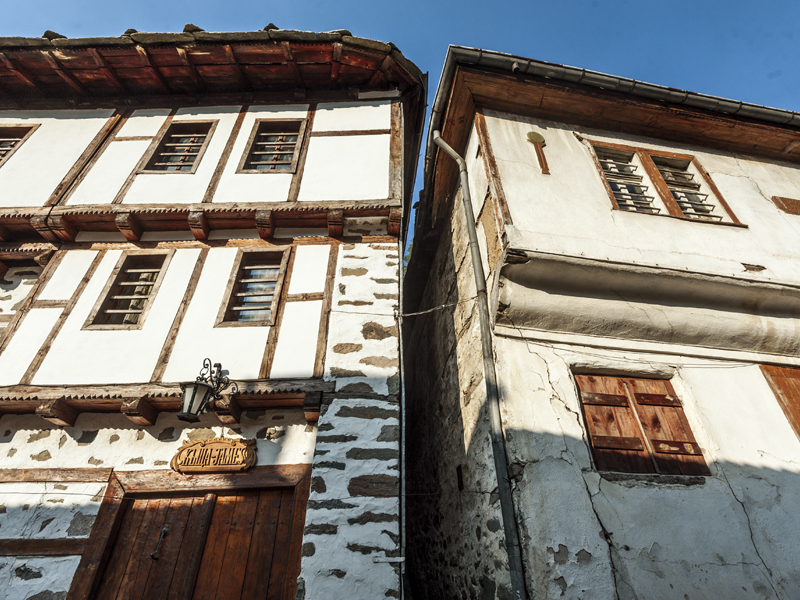 The traditional houses in Shiroka Laka are two- and three-storey high, designed to provide enough space for businesses and large families

In 1878, something else happened – the most famous son of Shiroka Laka was born. The boy took holy orders and eventually became Stefan, the archbishop of Sofia who, in 1943, actively opposed the planned deportation of Bulgarian Jews. He is now a Righteous Among the Nations at Yad Vashem, in Israel.

As for Shiroka Laka's most famous daughter, that is the folk singer Radka Kushleva, born here in 1926.

Strolling around the traditional houses of Shiroka Laka and taking pictures is not the only activity here. Around the village there are several humble chapels and natural phenomena, such as the rocks known as Momata and Glavata. Several kilometres away are the villages of Stoykite, Solishta, and Gela, less traditional in terms of architecture, but spectacular in terms of setting and scenery. In early August, the latter hosts a popular bagpipe competition. 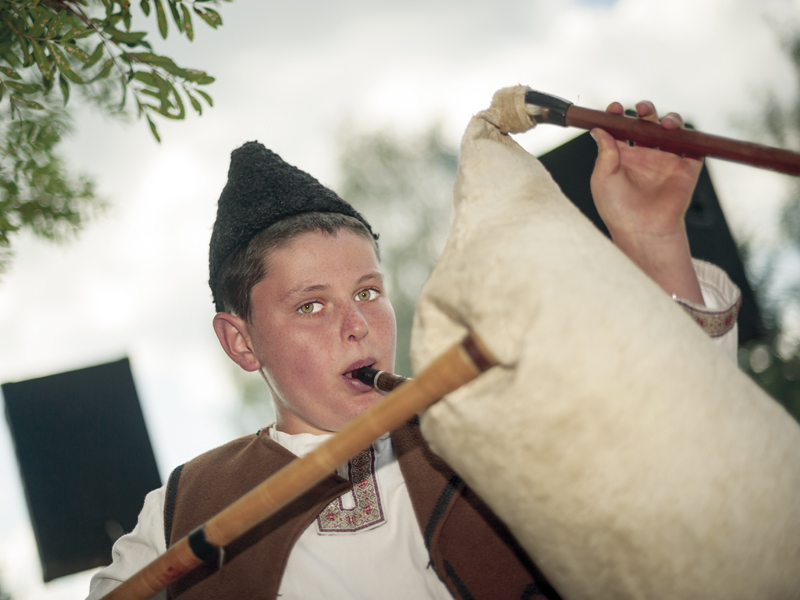 Traditional Rhodope bagpipe music is big in Shiroka Laka and the region, with a popular competition in nearby Gela village held each August