SMOKERS IN, CHILDREN OUT 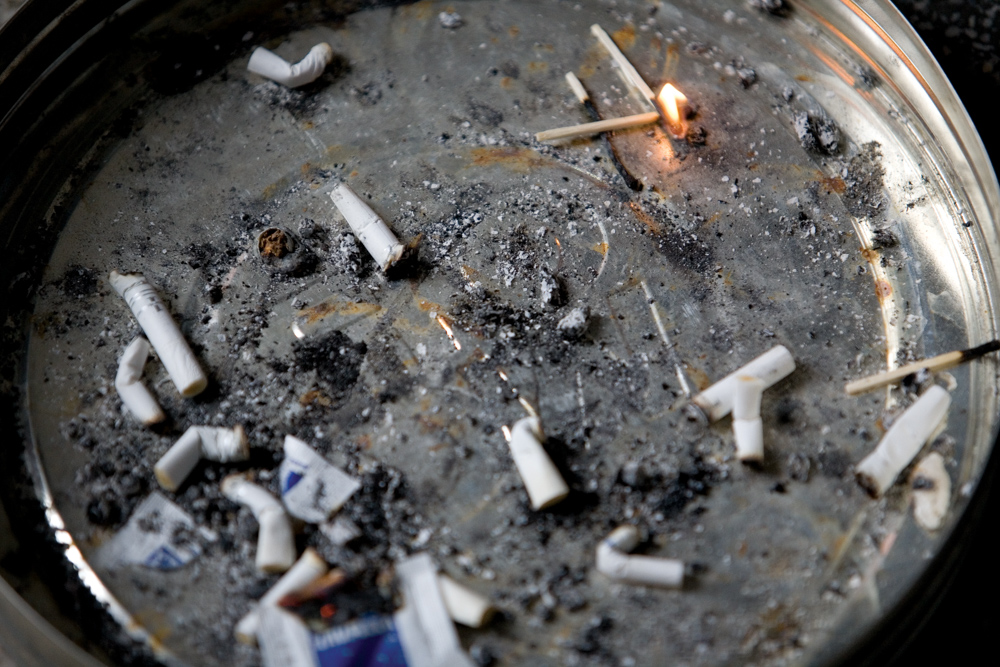 In a much publicised U-turn, the GERB-dominated Bulgarian parliament scrapped previous legislation to ban smoking in all public places. Instead, it decided to let restaurant and bar owners decide for themselves whether to make their properties non-smoking. Larger establishments will have to provide nonsmoking sections, a requirement critics say will mean nothing in reality.

Thus Bulgaria becomes one of a handful countries in Europe not to impose a blanket ban on tobacco smoking. In a last-minute attempt to prevent the new legislation contravening existing public health acts, the parliament decided to ban under- 18s from establishments that allow smoking.

This means that hundreds of thousands of young people will be unable to go to discos and bars unless they ban smoking outright, which is unlikely. Teenagers interviewed on TV sneered at the new law, saying nothing would stop them from going to their favourite hangouts.

The previous parliament, which was dominated by the Bulgarian Socialist Party, the Simeon II National Movement and the Movement for Rights and Freedoms, had decided to impose a blanket ban on smoking, in keeping with most other EU states. At that time, GERB, which is an acronym for Citizens for European Development of Bulgaria, was not in parliament at all. The ban was supposed to take effect from this summer.

In the Balkans, all Bulgaria's neighbours except Serbia have strict antismoking regulations. Turkey, not yet a member of the EU, has banned smoking in all public spaces and the ban is enforced. Greece also banned smoking, but it is not enforced.

Interestingly, opinion polls indicated that the majority of Bulgarians were in favour of the ban. Prime Minister Boyko Borisov, who rarely misses a chance to play along with public sentiment in order to boost his popularity, has kept oddly silent on this issue.

The debate preceding the Bulgarian aboutface focused on who smoked and who didn't, with smoking MPs defending their habit while non-smokers supported the total ban. Unlike in the West, there were few if any public suggestions that powerful economic interests, for instance those of the tobacco industry, might be in the background.